Banks
County to seek grant for sewer project at schools

Public utilities director Horace Gee presents a request to the Banks County Board of Commissioners to apply for a grant for a sewer project, as finance director Randy Failyer (left) and county attorney Randall Frost.

The Banks County Board of Commissioners agreed Tuesday night to apply for a $3 million grant for a sewer project that will improve conditions at the county schools.

Gee said the sewer project would cover all of the schools. He pointed out that there has been sewer back-up problems at the high school during football season, which will help make the county eligible for the grant. However, he added there is no guarantee that the county will receive the funds.

Commissioner Sammy Reece said the county’s $3 million portion of the project could come from SPLOST revenue.

In other business at the meeting, the BOC:

•approved the environmental health fee increases presented by the board of health, as of July 1.

•approved a training facility usage agreement with the City of Baldwin at the request of fire chief Steve Nichols, at a cost of $1,000 per year.

•approved the public transportation FY2022 contract with the Georgia Department of Transportation.

•agreed for the personnel emergency paid and sick leave increase to end on June 30.

•following a closed session, voted that trees must be planted at 3985 Damascus Road and all equipment, vehicles and scrap items must be moved.

Prior to the meeting, a hearing was held on the $19.7 million proposed budget.

Finance director Randy Failyer said the main increases in the budget comes from worker’s comp insurance and liability insurance costs going up, which is “out of our control” of the commissioners.

Adoption of the budget will be held at at BOC meeting set for 4 p.m. on Wednesday, June 30.

Lula citizens spoke and the mayor and city council listened. Over the course of several public hearings, many residents objected to a proposed planned residential development (PRD) project on 5980 Moon Road.

First, the council was asked to rezone the property from R-2 to PRD, then Frank Norton Jr. submitted his plans for the new development. During the process, Lula residents came out in opposition. Among the issues that concerned citizens were traffic, a school overflowing with students and crime.

In the meeting on Monday evening, the council voted to approved Norton’s request to withdraw the application for the development. The vote was approved unanimously.

Mayor Jim Grier told the audience that he and the council are looking into their concerns.

“We share your concerns,” he said when discussing the traffic on Hwy. 51 and Athens Street. He said the council is working with the county and the Georgia Department of Transportation on this matter.

Grier said he also talked to officials at Lula Elementary School who stated the school os 200 students under capacity.

“Overcrowding is not a concern at this time," he said.

Grier reported that City Manager Dennis Bergin is in weekly contact with the sheriff’s departments.

“They report our area has a minimal crime rate," he said.

During the earlier hearings, citizens discussed derelict and blighted houses in the area. The council gave City Attorney Joseph Homans the greenlight to draft an ordinance on this matter.

•heard an update from Bergin on the American Rescue Plan. There has been no report on the amount of funds the city will receive, but the council agreed that water and sewer infrastructure will be top priorities.

•voted to change the August 9 work session to August 12 at 6 p.m. The usual date interferes with the Georgia Municipal Association.

•approved a request from Airline Baptist Church to use Veteran’s Park on Sunday, July 11, from 5-6 p.m.

•approved a request from the Lula Belton Historic Society to waive fees for use of the Depot for the Fall Festival on October 1 and 2. The council also approved a request to donate $1,000 to secure entertainment for this event.

•approved a request to resolve heating and air conditioning issues at the Old City Hall and Veteran’s Park.

•voted to continue a moratorium on vape shops and brew pubs for 60 days. The planning commission is working on zoning issues, and they asked for more time.

-•heard from Tim Williams who asked the city to abandon a portion of Candler Alley and Charlotte Street. There are conflicting surveys on the property, but Williams explained he needed a clear survey to sell his home. The council voted to obtain another survey before they vote on the matter. 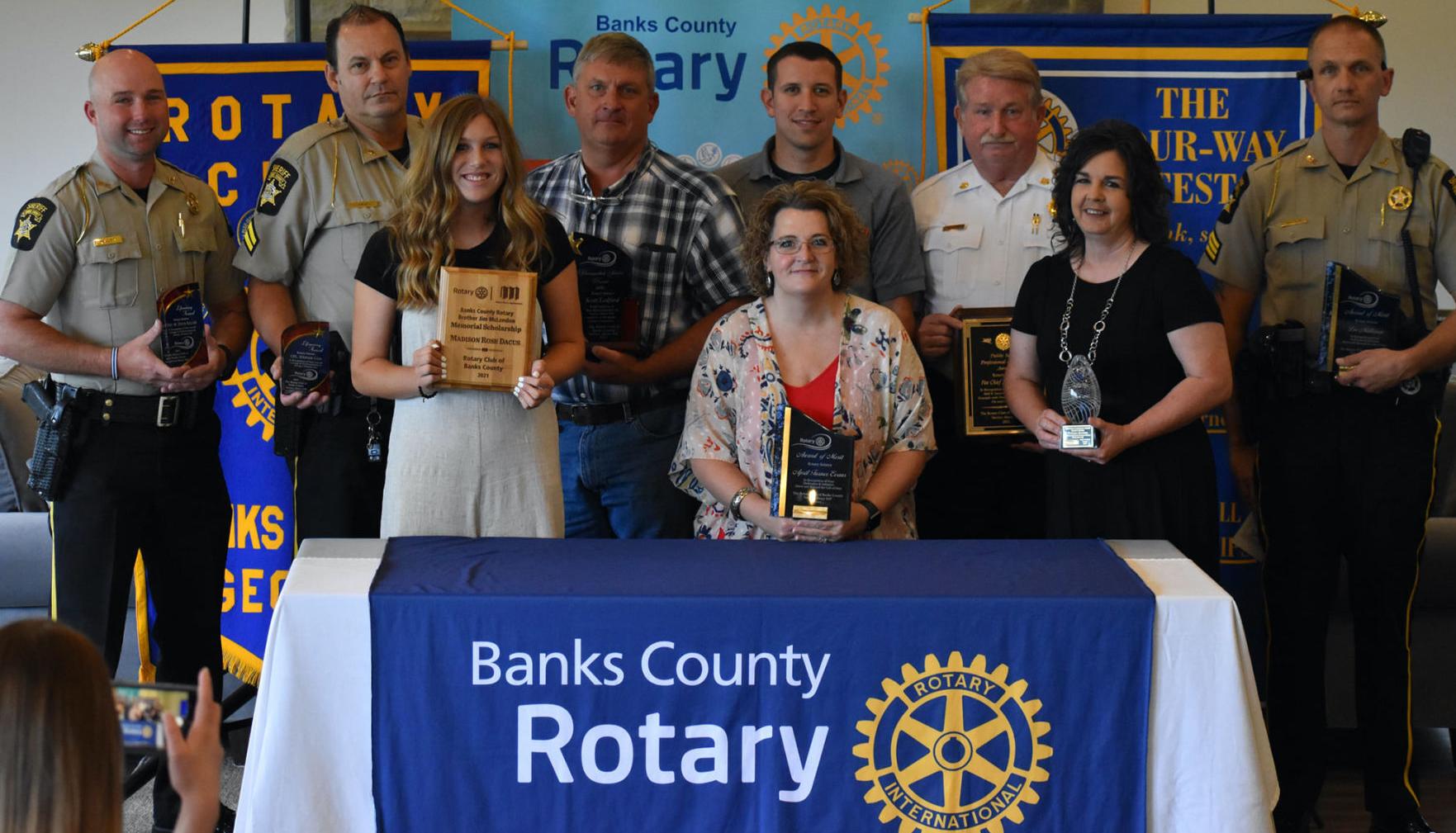 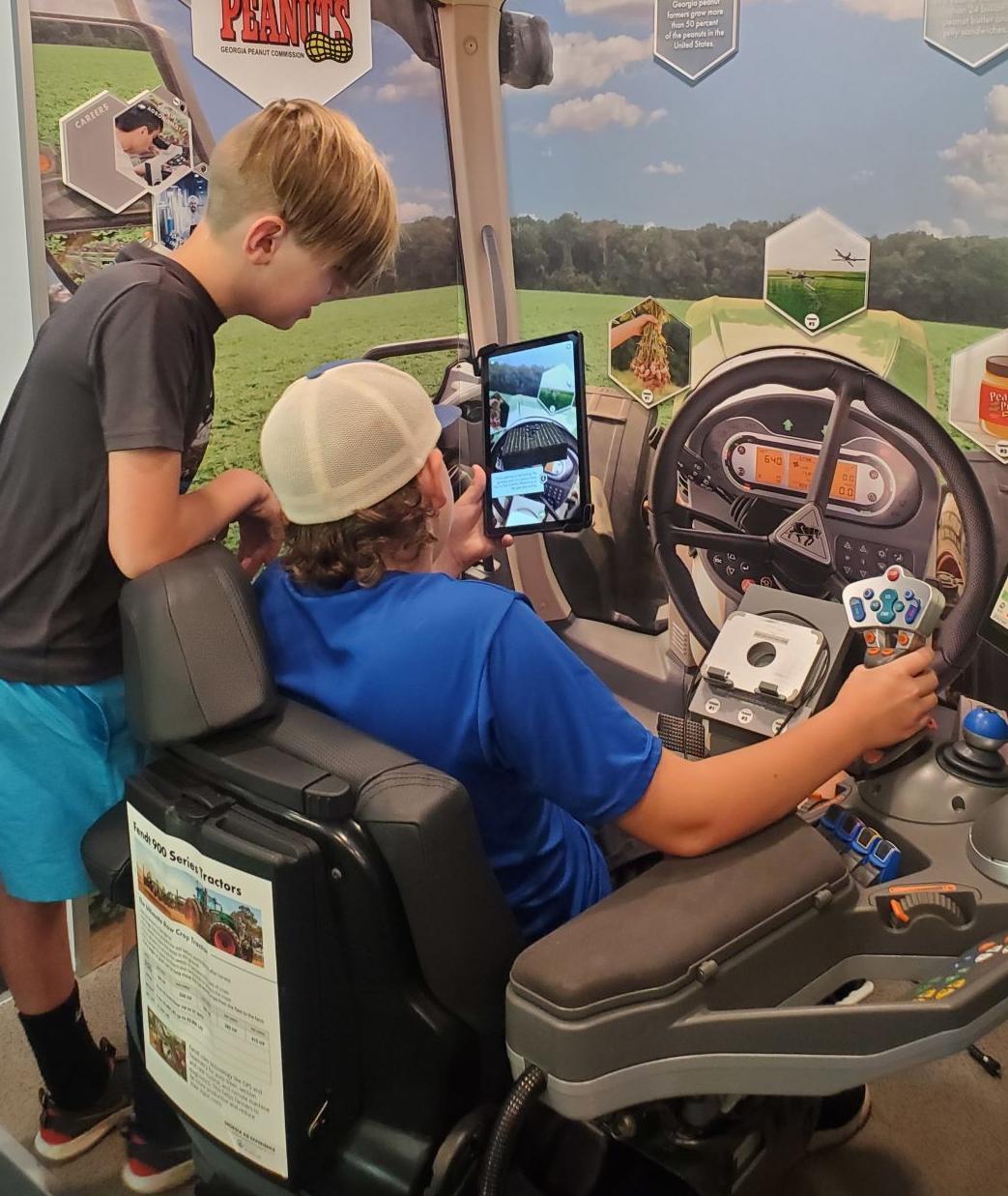 A Banks County student is checking out the mobile tractor in the Ag Experience. The Georgia Farm Bureau created a mobile classroom called The Georgia Ag Experience for students across the state.

Banks
Maysville Planning Board to meet June 28 on zoning request

The Maysville Planning Board will hold a public hearing on Monday, June 28, at 7 p.m. at 4 Homer Street to receive public comment on the application of Peter McCaffrey.

McCaffrey is asking to rezone one acre at 38 North Main Street from Agriculture to RR3.

A copy of the application is available for public inspection at Maysville City Hall.

A second public hearing will be held by the Maysville City Council on Monday, July 14, at 6 p.m. at which time the adoption of the request will be considered.

The Town of Homer Planning Commission will hold a public hearing at Town Hall on Thursday, June 24, at 6:30 p.m. to receive public comments on the application of William and Amanda Bedford for a proposed amendment to the zoning ordinance of the Town of Homer to zone property located at 250 Sycamore Street, Homer, from R-1 to Highway Business.

A copy of the application is available for public inspection at the Homer Town Hall.

The sky will light up over Homer this July with the Fourth of July Fireworks celebration.

The Homer City Council discussed the free event for the community at its meeting Tuesday night. The show will begin at 9:30 p.m. at Banks County High School.

Mayor Doug Cheek told the council that the Downtown Development Authority will host the one-day 49th festival in Homer on Saturday, September 4. The event will start with a parade at 10 a.m. and continue with food vendors and several singing groups. Cheek said the authority is gearing up for a big celebration next year as the festival marks its 50th year.