Jefferson residents plan to share petitions with Jackson County and the municipalities, requesting a pause on future industrial development and a stop to the recently approved Vulcan Quarry expansion.

Brittany Odom and Lindsey Ivester, both residents of The Heritage at Jefferson, are among those creating the petitions. Odom is a member at-large and Ivester is the current president of The Heritage’s Homeowners Association (HOA).

Their initial efforts have been focused on Jefferson and Pendergrass, but they believe all municipalities in the county could benefit from a pause in industrial rezonings to allow time for increased infrastructure.

They are requesting a five-year moratorium on future industrial development at the county level and within each municipality, targeting the rapid rezoning of agricultural land to industrial land.

“We’ve got to catch our breath to adapt to what is already here, built and planned,” Ivester said. “We’re not against growth, but infrastructure is key to successful development — it’s about safety, accessibility and responsibility.”

“We the citizens are tired of having to constantly show up at every meeting to voice our opposition, especially when it seems that we have made it unequivocally clear that we are against any more industrial growth until a better plan can be put into place to prepare for the growth by updating infrastructure and keeping residential areas separate from industrial,” Odom added.

“Most of us came to this area . . . for a rural, safe, family-oriented, small-town community. No one who moved here did so to be a part of what is quickly becoming an industrial wasteland. That is why we are attempting to unite the community together to make our voices undeniably heard at both city and county levels that we do not want any more industrial zoning or development. We simply cannot sustain showing up at every meeting to repeat the same message.”

One of the developments the group is concerned about is the Vulcan Materials’ quarry expansion. The board of commissioners recently approved the expansion of an inactive quarry to over 300 acres for Vulcan Materials to begin blasting for rock.

Odom says one of the top concerns is the total lack of transparency and communication at the county level.

“They recently heard a room full of citizens voice opposition to the Vulcan Quarry at the last meeting and yet immediately voted to approve it, without even holding any discussion and without offering any reason,” she said. “People are outraged.”

They have created petitions for both the moratorium and quarry expansion and residents have shared them on Nextdoor and Facebook. Both petitions have over 100 signatures.

At the April 25 Jefferson City Council meeting, Odom and Ivester spoke about the quarry expansion’s impact on subdivisions like The Heritage at Jefferson and development concerns.

“The Vulcan Quarry is specifically a Jackson County issue, but because it borders the city of Jefferson, and because the county commissioners wouldn't return our phone calls or emails, we enlisted the help of our city council as well,” Odom said.

Noise and environmental pollution could directly impact about 400 households in close proximity to the quarry.

“[The households] will be directly impacted by the blasting, the impact on the infrastructure, the truck traffic [and] the noise,” Odom added. “We have some in our own neighborhood . . . who are retired veterans who have served our country and unfortunately have ended up suffering with PTSD and these explosions are life-altering for anyone who's suffering with that condition. There's also the concern for carcinogenic dust particles to be breathed in, especially for those who are already suffering with lung issues such as COPD, emphysema, etc.”

Odom and Ivester also discussed the moratorium’s relevance to Jefferson, including developments’ impact on traffic and public safety.

Construction on Hog Mountain Rd. has created a narrow road width and many tractor-trailers and semi-trucks have also attempted to turn around in the limited space.

“It has certainly put us in situations where we are swerving into oncoming traffic to avoid running up on a curb,” Ivester said. “It's really very much a deathtrap when we're going down that road. It is our main access to I-85 to get onto the highway to work, or to do personal business.”

They said they want growth and development, just not the way it’s been.

“We just want to see [development and growth] handled in the best way, in a responsible way, that enriches our community and doesn't rob it of resources before our infrastructure and our utilities are able to keep up with it, and that doesn't affect the daily lives of so many of the citizens in such a negative way,” Odom said.

“We certainly moved here, knowing that [growth] was coming,” Ivester added. “There's a lot of wonderful people moving to the area that I think we can all work together. We can certainly come up with a solution that benefits everybody; benefits residents, benefits business and ultimately the wonderful environment that Jefferson really has that we all came here for.”

They said they hope the city and county can move in a direction of more responsible planning.

“I love this community; I love our city and our county,” Odom said. “I don't want to see the trajectory that we're on right now continuing with the industrial expansion that just seems, if I could say, irresponsible and out of control.”

It's really up to us at this point,” Ivester added. “I think that this is our time to really decide what the future of Jefferson looks like.” 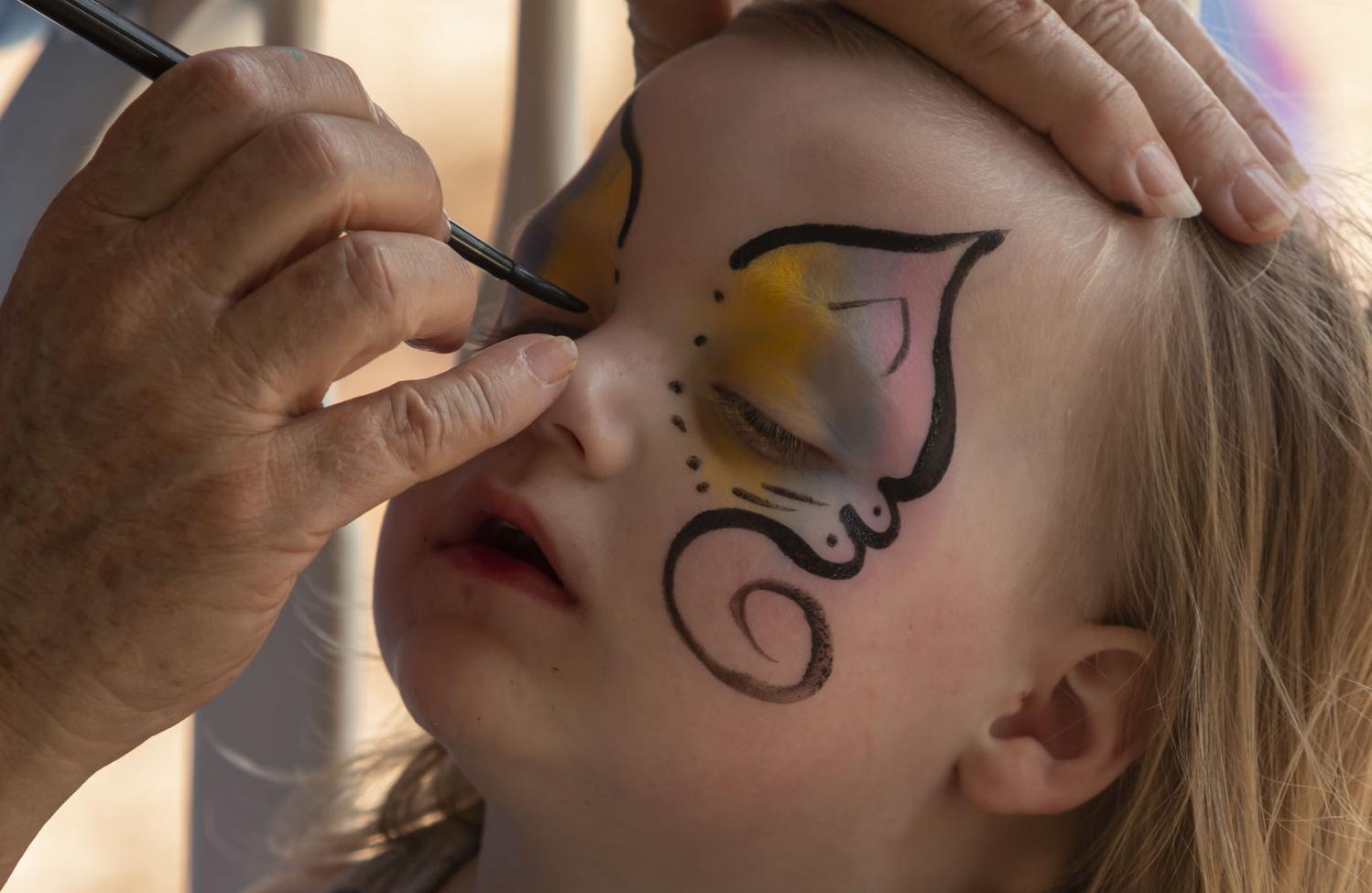 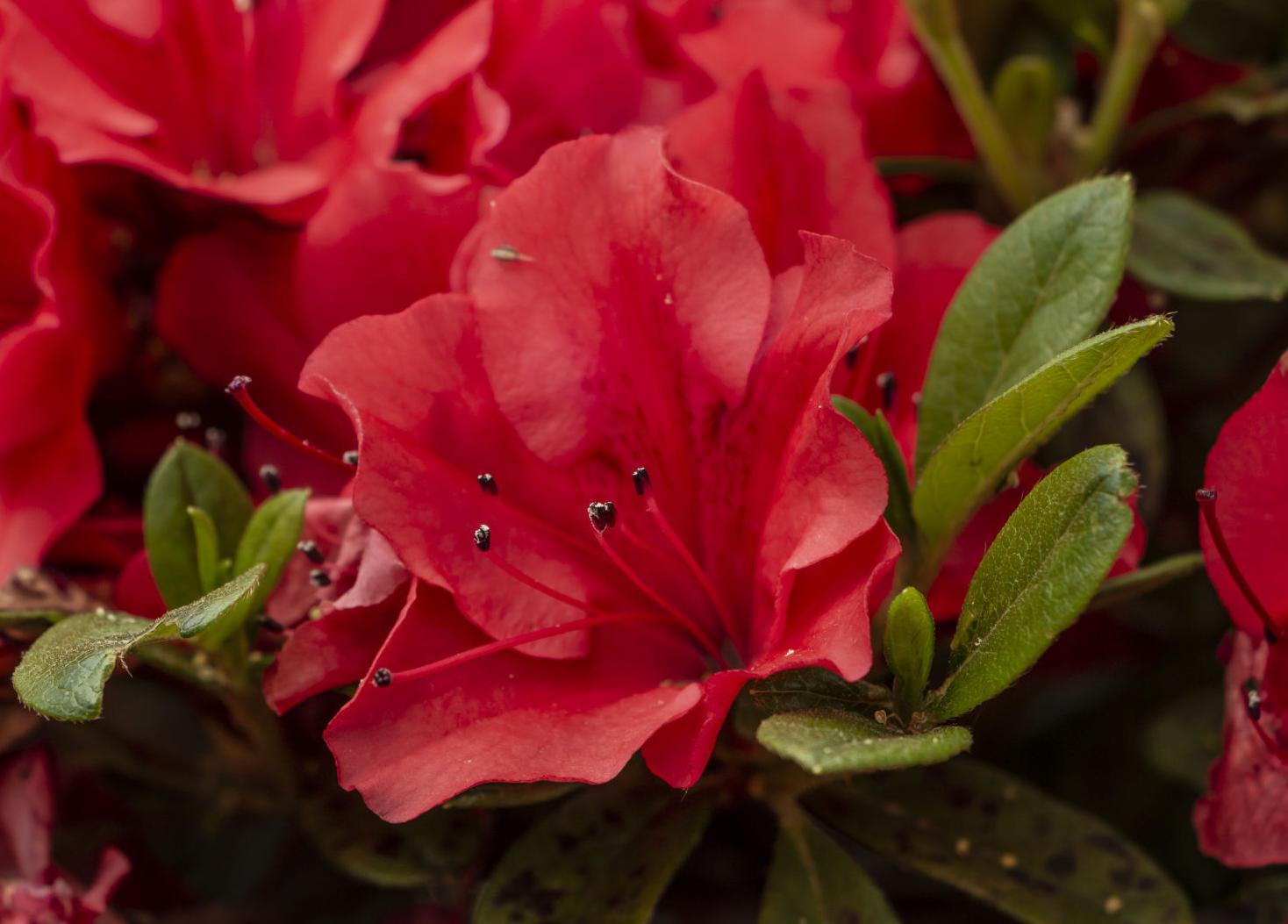 Work on an upgraded intersection at Skelton Rd. and Hwy. 124 could soon begin pending action by the Jackson County Board of Commissioners.

The BOC is poised to award a $3.6 million contract to G.P.'s Enterprises for construction of a new intersection with the board meets on May 16. The move is designed to help with traffic going to Jackson County High School and a new middle school being built on the Skelton Rd. school campus.

The BOC is also considering a proposal to purchase 116 acres in South Jackson at the intersection of New Kings Bridge Rd. and Hwy. 129 South for a new county park and recreation site.

The purchase price is $1.7 million, funds that would come from reserve funds if the BOC moves forward with the purchase.

The need for additional recreation facilities in the South Jackson area has been discussed in the past by the board.

In other business discussed at the BOC's May 1 meeting were:

• approval to buy a new vehicle for the county coroner's office.

• discussion of a joint project with the Town of Braselton to fund landscaping and signage at the I-85 and Hwy. 53 interchange.

• discussion of a contract for runway and taxiway work at the county airport.

In addition to increasing the minimum lot size, the JCPC also recommended doing away with open space subdivisions which some officials believe developers abused in order to get smaller building lots in the county. Single-family houses would also not be allowed in R-2 and R-3 zoning areas where multi-family housing is focused.

The zoning changes are part of an effort by county officials to lower the density of housing in unincorporated areas of the county to help take pressure off roads and schools. The county is currently under a one-year residential rezoning moratorium due to a heavy pressure of residential projects.

In addition to the lot size recommendation, the JCPC also recommended a heavier regulation of  fencing materials, retaining wall slopes and to the slopes of detention ponds  used to contain stormwater.

Another industrial project slated for Wayne Poultry Rd. was withdrawn before the meeting.

In other action, the JCPC approved:

• rezoning 2 acres at 4608 Winder Highway, Jefferson, for commercial use.

• rezoning 15.7 acres at 5259 Brockton Loop Rd., Jefferson, to A-R to divide the property into three tracts.

• rezoning 4.6 acres at 74 Garner Rd., Braselton, to A-R to divide the property into two tracts.

Pendergrass could become one of the few towns in Georgia to require landlords to register their single-family rental properties and do regular inspections of the property.

City manager Rob Russell told the town council on April 26 that city officials were looking at an ordinance that would govern rental houses in the city. He said that only two other towns in the state — Marietta and Danielsville — had such an ordinance.

Rental houses would be inspected between tenants, he said, ensuring the housing was up to code and in a livable condition.

The code would not apply to apartments, he said, only houses.

In other housing-related items, Russell said the new apartment complex in Pendergrass on Hwy. 332 was slated to open in late July.

"It's going to be super," he said of the project.

In other business, Russell told the council:

• the town's July 4th fireworks events would take place on July 2 from 5 p.m. to 10 p.m. He said there'd be more items catering to kids at this year's event.

• that the city was working on placing a time capsule in a vault later this year with items donated by residents.

• that the city is still working on a retirement plan for city employees to help retain workers.

• that speed limit signs are going up in Brooks Village  and Seasons subdivisions. The city approved the use of radar on those streets. The two subdivisions are also getting no parking signs.

A public hearing was held by the council on a proposed annexation and rezoning of 6 acres for mini-warehouses. A second hearing is slated for May 30 at 6:30 p.m.

A hearing for a major industrial project annexation was postponed until next month.

Early voting opens, continues through May 20

Early voting opened this week for the May 24 General Primary Election.

Those wishing to vote early may do so at the Ponchie Beck Elections Office, located at 441 Gordon St., Jefferson.

The request form, which can be found on the county elections’ office website, can be mailed, faxed to 706-367-1193 or emailed to jelogan@jacksoncountygov.com. The deadline to receive absentee ballot applications is coming up on May 13 at 5 p.m. For more information, contact the elections office at 706-367-6377.

Local races on the May 24 ballot include:

Candidates for state and federal races include: