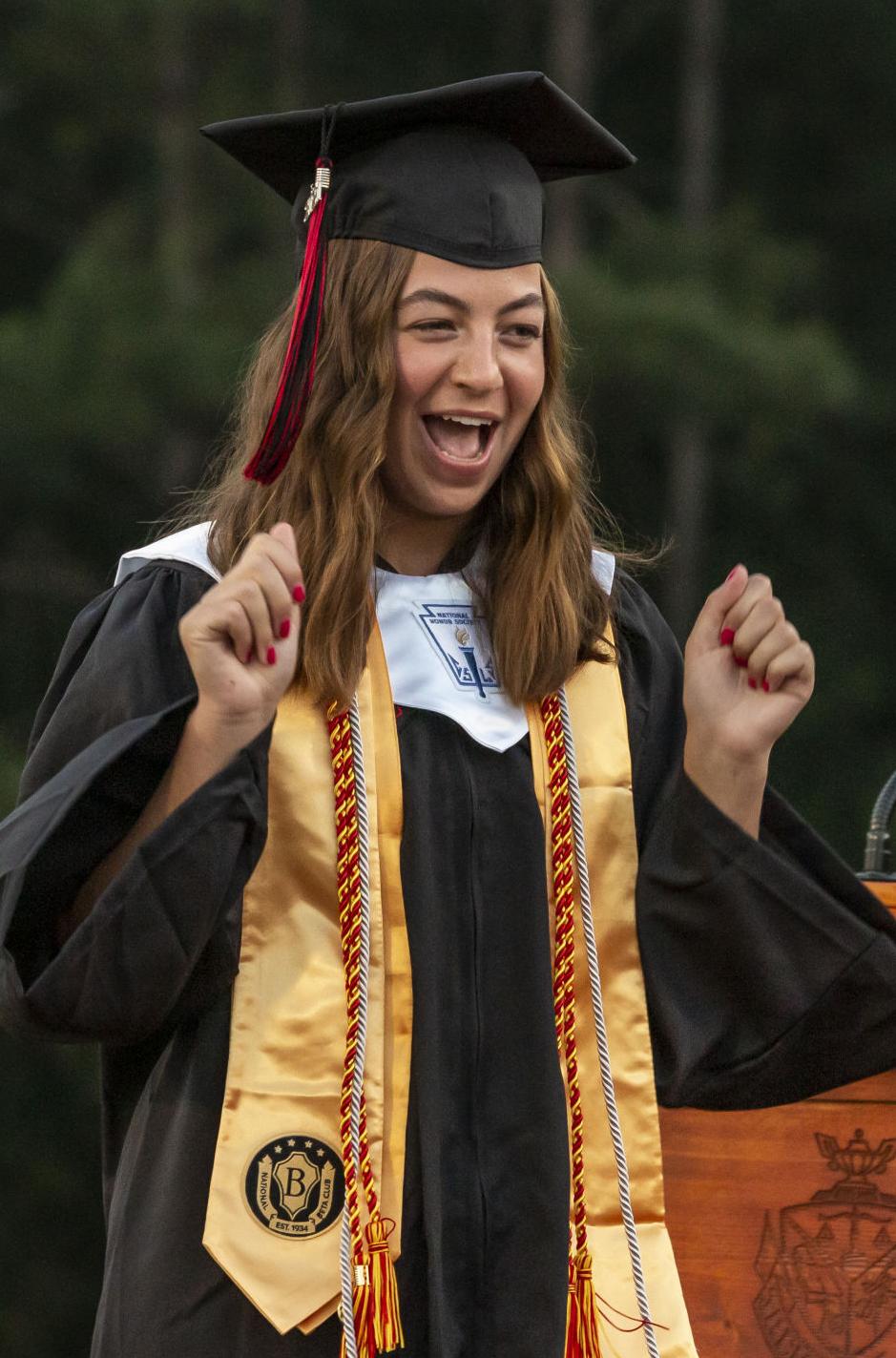 Jackson County Comprehensive High School honor graduate, Emma Elise Axelberg, was excited to receive her diploma on Tuesday, May 25. The Jackson County School System, which includes JCCHS and East Jackson Comprehensive High School, graduated 487 seniors this past week, including 181 honor graduates. Students who are pursuing higher education after graduation from the two high schools are projected to receive over $7 million in scholarship funds. 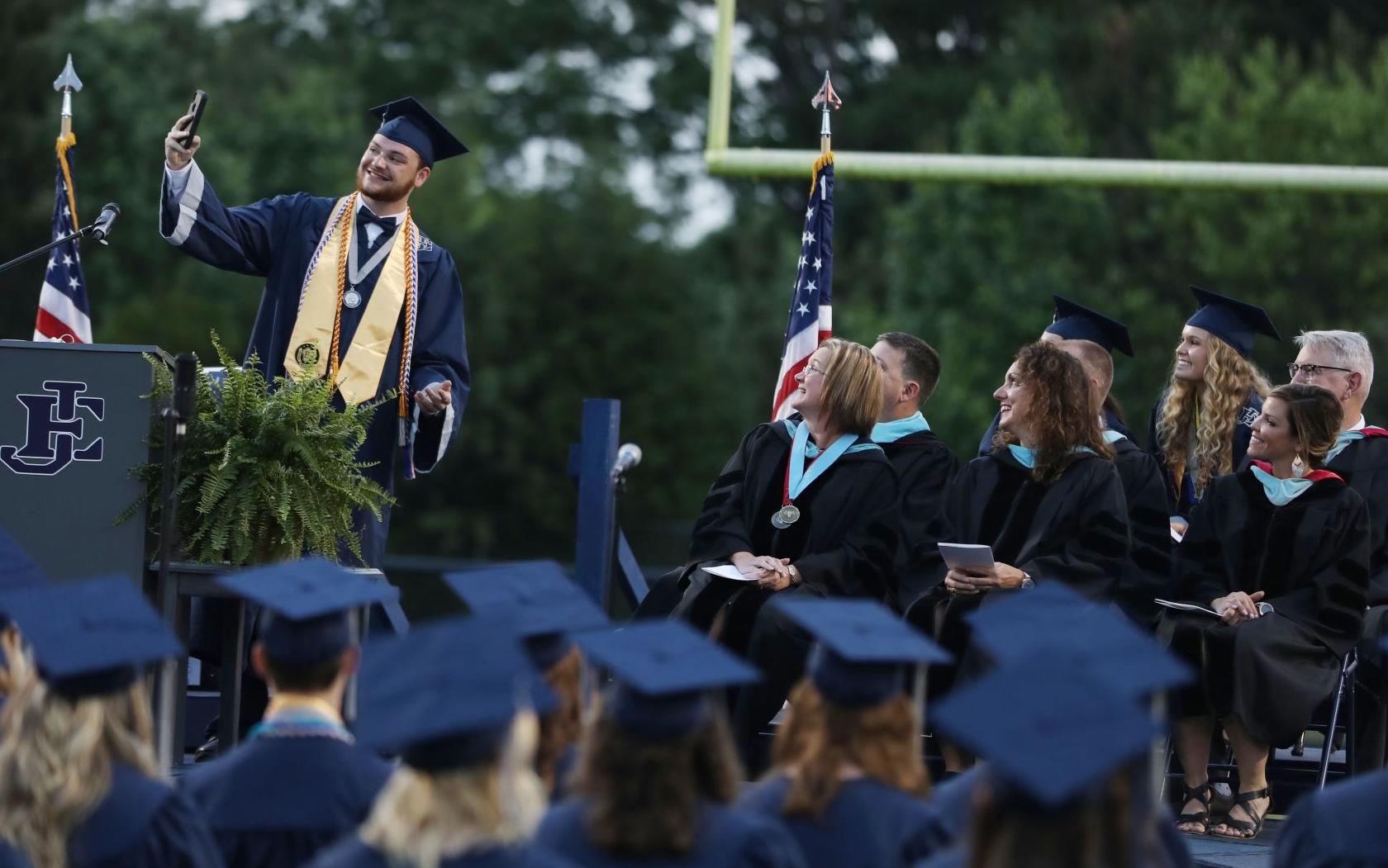 There may be a new special event center in Nicholson. During a public hearing on Thursday, Jennifer Kesler outlined her plans to build a timber framed barn on her property at Cabin Creek Drive. To move forward with her plans, the council must approve a conditional use permit for her property which is zoned agricultural.

Kesler told the council that the property has been in her family since the 1940s. She has been living on the property since 2006.

She outlined her plans to build the barn for weddings and other special events. She said her plans are to have an occupancy rate of no more than 100 people, and it’s not her plan to have something going on every weekend.

There was no one to speak against the proposed project, if fact, neighbors support her idea. The city council will vote on the matter at the council meeting, set for Monday, June 7, at 6:30 p.m.

In other business at the meeting, the council:

•discussed a request by the Certified Literacy Program of Jackson County to increase funding from $500 to $900 a year. The reason for the increase is due to the growth in population in the city.

•discussed the bid for the sprinkler system. So far, the city has received one bid.

•discussed using SPLOST 5 funds to pave roads in the city.

Higher building costs are one reason property appraisals in Jackson County are up this year.

Chief Appraiser Alan Sargent said  that the county updated its cost tables this year to build a house and that higher building costs helped push up property values.

Overall, Sargent said the county's tax digest was up 9%, but that is before all appeals have been heard. Through May 28, the county had received 107 appeals, officials said.

Updated tax assessments recently went out to local property owners. Those included an estimated tax for this year, but the new millage rates haven't been set yet by local governments.

The Jackson County Planning Commission gave recommendations of approval to two proposed projects on May 27, but recommended denial of two projects near Commerce.

The board voted to recommend denial to a proposed residential subdivision at 1902 Old Hoods Mill Rd., Commerce. Du South Surveying & Engineering had requested a map amendment for a proposed 21-lot development.

The project was opposed by a number of nearby neighbors who cited traffic, runoff and the impact on schools as possible problems with the development.

The board also recommended denial of a map change for a proposed residential project on 10.3 acres at 524 Dan Waters Rd., Commerce.

A proposal for a large compost business near Commerce was withdrawn from the planning commission's agenda at the request of the developers.

Atlas Organics had wanted to build a composting facility on 106 acres on Yarbrough Ridgeway Rd. The South Carolina-based company had earlier tried, but failed to have the property annexed and rezoned by the City of Commerce.

The facility would take in food waste, leaves, woody materials, grass clippings and other organic material, blend it into an organic compost then sell the finished product to area farms.

In other action on May 27, planners gave a recommendation of approval for a residential project of 16 houses on 17.6 acres at 3110 Ila Rd. and Club Drive, Commerce. That project was also proposed by DuSouth Surveying & Engineering.

Several neighbors in that area were opposed to the project. One person said the owned 16 lots in the neighboring golf community and he couldn't sell those now and would be hurt more if additional lots adjacent to the development were allowed.

The board also gave a recommendation of approval to Keith Hayes at 1105 Winder Hwy., Jefferson, to change the map from residential to commercial so that a house could be used for commercial space.

Jackson County continues to lag in its vaccination rates, but the rate of vaccinations across the county are uneven, according to state data.

The south Commerce are also has a low rate with only 19% of people with one dose and only 16% fully vaccinated.

Most of Jackson County has rates in the mid-20s.

Only one Covid death was reported in May from Jackson County, down from two deaths reported in April. March recorded four deaths.

Since the pandemic began, the county has recorded 135 confirmed deaths and 515 hospitalizations. 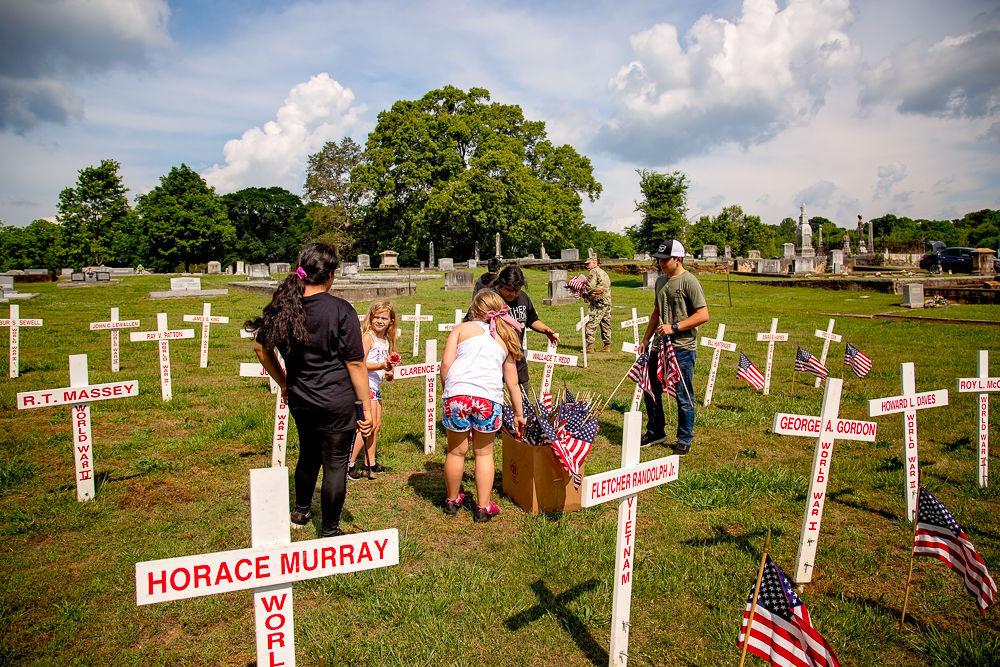