The Gillsville City Council is considering making some changes to the current zoning ordinances.

The council met for approximately two hours on Thursday, April 22, with city attorney David Syfan in attendance, to discuss some of the proposed changes and updates.

Several upgrades to the current ordinances were also discussed, including:

•an amendment stating all structures constructed in the city shall as a minimum conform to the International Building Codes and/or other codes that apply to the type of structure being constructed.

•a change in the ordinance dealing with conditional uses to say the conditional use will be compatible with adjacent and nearby properties, land uses and property values.

•an amendment stating if established the Planning Commission shall operate independent of involvement by the City Council or any of its members.

Syfan said some of the amendments discussed “legally bother me.”

One amendment Syfan said he had issue with dealt with notification to adjacent property owners if a piece of property is being considered for a re-zoning.

Syfan said the statute does not require a mailed notification to adjacent property owners. The statute requires the city to run a legal notice in the legal organ 15 days before a public hearing is held on the re-zoning request.

Syfan also advised the council that written changes in the text amendments requires that a public notice be run in the legal organ and a public hearing be held before the changes are approved.

Syfan also recommended that the council have provisions in the ordinances on the number of people allowed in single-family homes. However, he did say that enforcement of this could be an issue.

“I recommend that you start a capital fund – maybe set aside $5,000 a year for a couple of years and hire a professional to re-write your ordinances,” Syfan said.

Fourteen new cases of COVID-19 have been reported in the past week, according to the report from the Georgia Department of Public Health.

The total number of cases of the virus reported in Banks County since March 2020 is 1,629 — up from 1,615 reported for the same period last week.

The vaccines will continue to be given at Grove Level Church, 1702 Grove Level Road, Maysville. However, beginning May 10, the clinic will only operate on Mondays, Tuesdays and Thursdays. Walk-in will be accepted from 10 a.m. to 2 p.m. The clinic will close from 12:30 p.m. to 1 p.m. for lunch.

The 45th annual Railroad Days will be held in Lula Friday, April 30, and Saturday, May 1.

On Saturday, there will be a parade, festival and entertainment. The parade will be at 10 a.m. Festivities will be at the Train Depot Community Center & Stage, located at 5911 Wall Street, Lula.

The Banks County Board of Commissioners heard from citizens for over two hours Tuesday night who are upset about the economic direction the county is going in and has concerns about the development authority.

Bennett had several other suggestions for the BOC, including that the moratorium on multi-family dwellings be extended for at least one more year; that there be a “thorough overhaul” of the economic plan to bring in more in line with the desires of the county citizens; and that any board member of the development authority who has a financial gain from doing work for the county be removed from serving.

Bennett was also upset that a survey for a proposed county sewer line was done on this property. The commissioners said they had no knowledge that this was done.

Jody Parks also spoke and her concerns included land use in the county, the “lack of transparency” with county business being conducted and a dirt track being operated near her property.

BOC chairman Charles Turk said the site she referred is not zoned for a race track and is a repair shop.

“We don’t know unless someone tells us,” he said about it being operated as a dirt track.

Barbara Lindorme spoke on her concerns about county development.

“You can have a county that is pristine and also prosperous,” she said.

She also spoke on information not being provided to the community.

Commissioner Bo Garrison pointed out that the BOC meetings are available live on social media.

Griffin Brothers was awarded the contract by the Banks County Board of Commissioners for the sewer project at the Martin Bridge Road intersection.

The BOC approved the $4.2 million contract when it met on Tuesday, April 27.

Public utilities director Horace Gee reported that the county received seven bids and Griffin Brothers was the low for the project, which will be completed in 240 days.

The project will be funded with a $1.5 million grant, with the remainder coming from a GEFA loan.

In other business at the meeting, the BOC approved the following:

•software for an employee self-service program. Employees will be able to update their personal information.

•the health insurance plan for the next year, which will be an average increase of $34 per employee.

•sending four nominees to the chief judge of the superior court for a seat on the county elections board. The names are: Ann Moon, Wanda Eubanks, Sharon Pruitt and Judy Harper. The judge will select two people from those nominated to serve on the elections board.

•accepting a $5,515 Fire/EMS Trauma Grant to be used to purchase equipment.

•spending $15,500 in additional funds to KCI Technologies for on-call engineering services for the Tanger culvert project. This is being funded with special purpose local option sales tax (SPLOST) revenue.

•spending $14,500 in additional funds to KCI Technologies for road and bridge projects in the county. This is also coming from SPLOST revenue.

The BOC also held a 15-minute closed session to discuss “personnel.” After the closed session was opened back up to the public, the BOC voted to lift the moratorium on hiring so that the public utilities director could hiring one additional employee to work on distribution. 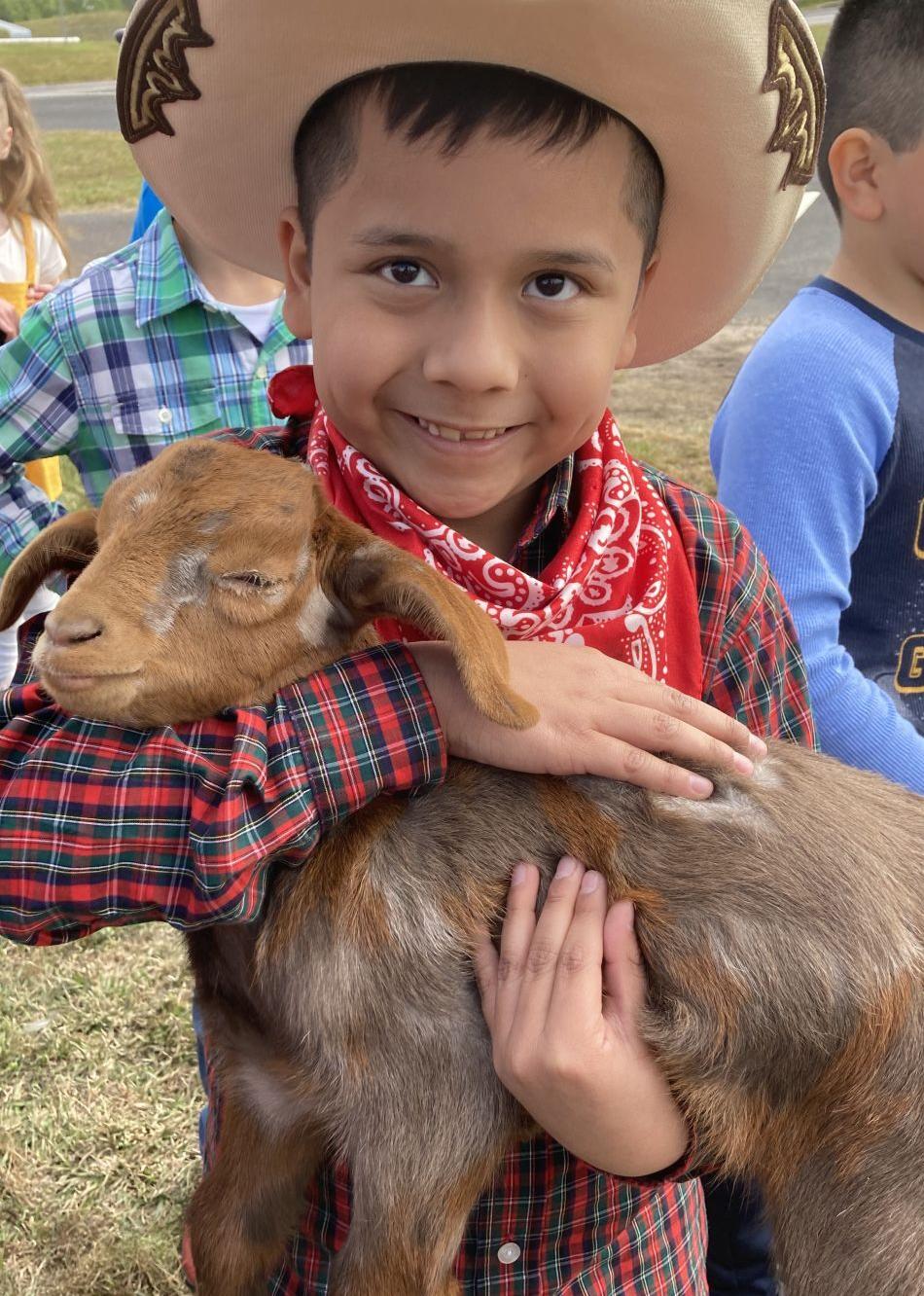 Martin Medina made friends with a goat at Farm Day at Banks County Primary School on Friday.