An industrial development of at least 1.5 million square feet could be coming to Pendergrass.

Forty-Ninth Street Properties has requested the annexation and the rezoning of 213 acres along Hwy. 129 located across from the Quick Trip distribution center.

Tamarack Investments, LLC, seeks to develop a warehousing or manufacturing complex at the site, according to application documents.

“I’m excited about it. I think it’s a tremendous project,” said city administrator Rob Russell, who said he first approached the applicant 15 years ago about annexation. “It will bring a lot of tax dollars.”

Russell said the back of the property contains enough wetlands to create a natural buffer.

He also said preliminary studies are underway with the state department of transportation to gauge the feasibility of an additional stop light at the proposed site.

If the property is annexed into the city, the development would be subjected to stricter requirements for features such as landscaping, facade and setbacks, according to Russell.

•heard from Russell that a county-wide shared-services agreement is forthcoming. Russell recently attended a meeting of all the mayors and city managers within Jackson County, along with the county manager, to discuss shared services. More meetings are planned.

•accepted .231 acres on Glen Abby Lane as green space. The matter dates back to a 2004 agreement when the subdivision there was approved. The property has since had multiple owners since then.

County leaders rejected a request this week to allow a South Jackson rezoning process to move forward a month early.

Developers plan to seek a rezoning for 2567 Brock Rd. with plans to develop a Stripling's General Store. But developers will have to wait another month before pursuing the rezoning process.

The Jackson County Board of Commissioners voted Monday, Oct. 5, to reject a request to reduce the 12-month rezoning waiting period for the property. The waiting period was placed on the property after a previous rezoning request was rejected in October 2019.

Planning development manager Jamie Dove said any application would have to wait 12 months, but the county's code allows the BOC to reduce that time period (as long as it doesn't go below six months).

“They’re not surpassing any type of public hearing process, they’re just hoping to get their time frame reduced from 12 to 11 months,” said Dove.

Marty Seagraves, who represents that area, made the motion to deny the request, saying he didn't want to set a precedent.

“I just feel that we shouldn’t set a precedent of changing our time period from 12 months to possibly 11 months…I think we should stick with what we have,” said Seagraves.

But Seagraves and other commissioners faced push back from Citizens of South Jackson leaders, who urged South Jackson residents to send emails to the board voicing their opposition to the project.

Also at its meeting, the board approved:

•a resolution for the Georgia Outdoor Stewardship Program pre-application. The county is seeking a $500,000 grant that would help fund green space. The local match would be $210,000.

At its work session, the board discussed the following items, but no vote was taken:

•a final report for the county's transit feasibility study.

Due to a growing number of zoning variance requests, the City of Commerce is looking to review and possibly change some of its regulations.

An increase in requests for in-law suites, pool houses and carriage houses, caused the council to direct city staff to review regulations of such structures during its Oct. 5 work session meeting.

Among the variance requests that sparked the discussion was one to convert a detached garage at a home on Willow St. into a living space to take care of an elderly family member. City regulations require that detached space be connected to the home, but that isn’t possible because of the A frame design of the main structure and the location of the detached garage.

Another issue the city faces when approving such requests is how to guarantee the structure is converted back to its original use in the future.

Among the variances and zoning issues reviewed by the council were those from:

• Mike Malerba for a setback variance to reduce side setbacks in a proposed residential development on Mount Olive Road from 25 ft. to 15 ft. The developer is not altering the layout of the 51-home development by changing lot sizes or the size of the houses. City manager James Wascher recommended the city review the material being used for construction of the homes. Currently, use of wood, brick, stone or cement siding is allowed. “If we are going to have more homes in tighter spaces, we probably need to look at restricting that even more to something that is not more susceptible to catching fire” said Wascher.

• Rebecca Tapp to construct an above ground pool at 143 Minish Drive. Ms. Tapp began construction of the pool prior to receiving a permit or requesting a variance and the pool was placed in the side yard. Swimming pools must be placed behind the rear line of the home according to city codes. The planning commission is recommending denial of the request. If the council votes to deny Ms. Tapp’s request, the pool will have to be taken down and moved.

• Aaron Veal for a reduction of the required lot size to operate an automobile sales lot at 697 South Elm Street from 1.5 acres to 1.08 acres. The planning commission is recommending denial of the variance since the lot size is insufficient to support the proposed use.

• Ridgeland Land Planning withdrew a request for annexation and rezoning of 43.309 acres located on Haggard Road. Wascher said the applicant needs more time to work out easements, utilities and road access before moving forward with the project.

• is considering approval of amendments to the FY 2020/2021 budget in order to have a balanced budget as required by state law.

• is considering a request for retail sale of beer and wine at the Texaco Food Mart located at 614 South Broad Street. 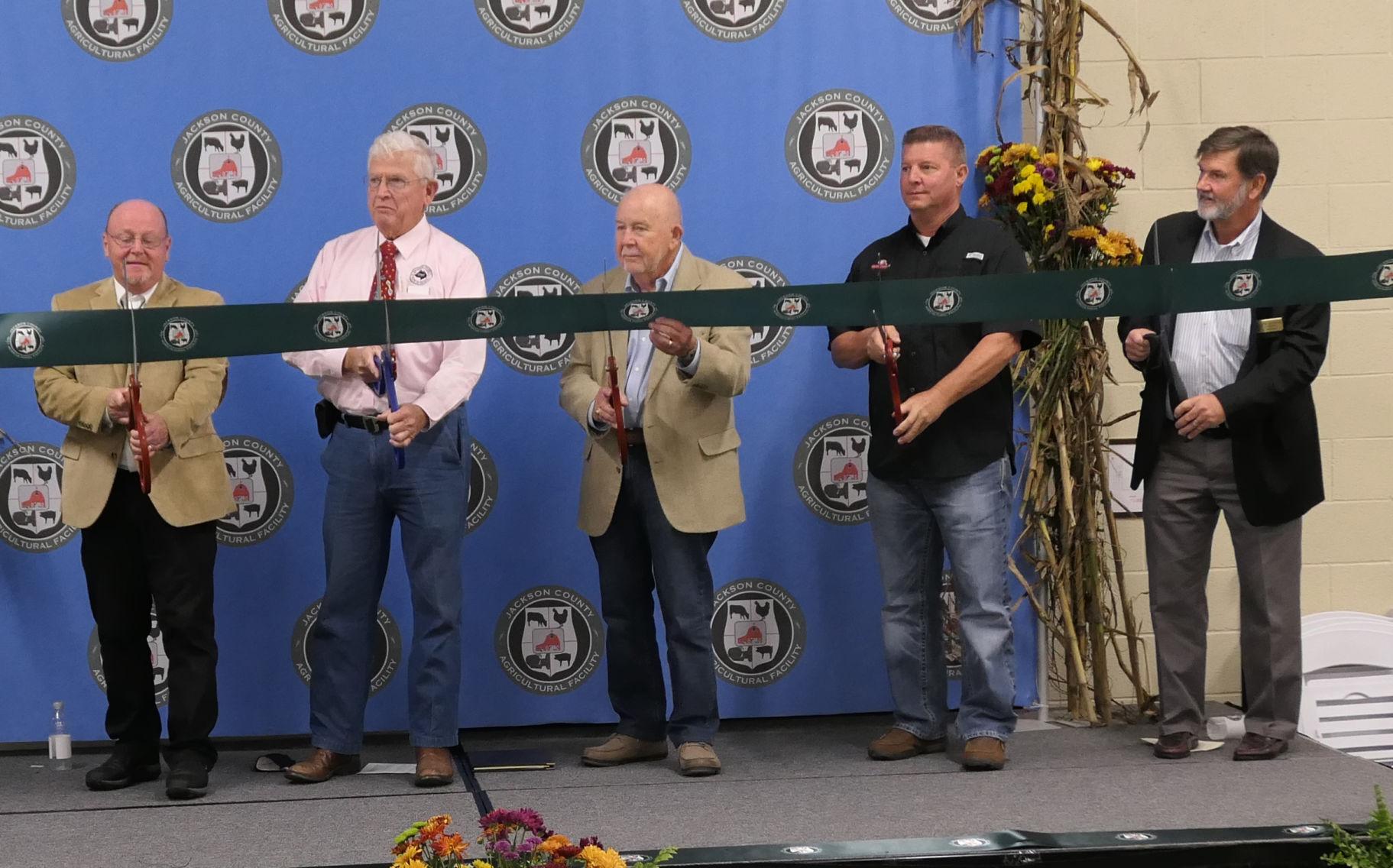 The City of Hoschton ramped up its dispute with the town's largest landowner and developer this week with a recommendation to deny a routine approval of preliminary plat.

The Hoschton Planning and Zoning Commission recommended denying Phase 4 of the Twin Lakes development for 53 lots. The town's planning official had recommended approval of what is usually a routine matter.

The issue now goes to the Hoschton City Council for final action.

The planning board's move come on the heels of another dispute between Kolter, the developer of Twin Lakes, and the town.

Last week, Kolter filed a lawsuit against Hoschton over the city council's move to implement impact fees, an action aimed at the massive Twin Lakes project.

Planning board chairman Scott Butler referred to the impact fee dispute and lawsuit as a reason to recommend denial of the plat.

"I'm going to call for a vote to deny the plat for Twin Lakes subdivision based on the lack of the impact fees being able to move forward due to the lawsuit," Butler said after giving a second to the motion. 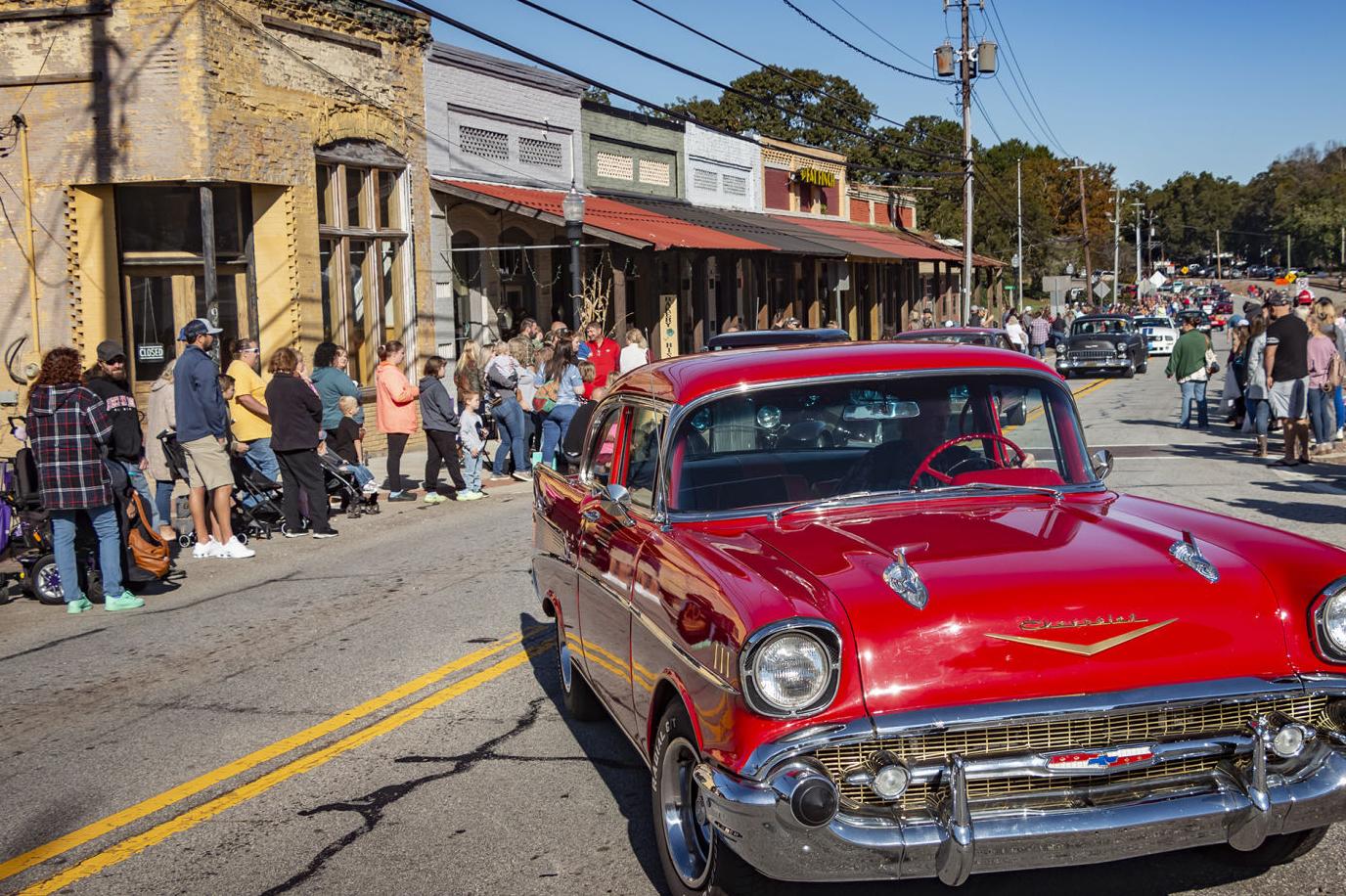 The 54th annual Autumn Leaf Festival was held Friday and Saturday, Oct. 2-3, in Maysville. The festival featured 75 booths, along with food trucks and fall activities for families. The annual festival drew an estimated crowd of 4,000 to the small town that sits on the Jackson-Banks county line.  The parade, held on Saturday, featured several antique vehicles. See more photos from the parade and the festival on page 12A.

Early in-person voting for the Nov. 3 General Election will begin Monday, Oct. 12 at the Gordon Street Center in Jefferson and in Braselton and Commerce.

Early voting will also be available at the Commerce Recreation Department on Carson St.

Early voting will also be available at the Braselton Police and Municipal building in Braselton.

A Facebook video about where to vote early is available at:

The voting will be to fill the unexpired terms for mayor and for the District 3 council seat.

Jon Howell is the only candidate for mayor.

Christine Dalton and Cody Cain will face each other for the District 3 seat.

Election day voting on Nov. 3 will also be held at the civic center.