Riley Satterfield, 4, was all decked out in her school logo mask as she started her first week of Pre-K at Jefferson Elementary School.

The system is making a number of adjustments due to the impact of the COVID virus.

Larger gatherings of students will also be limited. Students will go directly to their classrooms on arrival and breakfast and lunch will be eaten in classrooms to avoid larger cafeteria gatherings.

Traffic patterns at some of the schools will change this year. Lakeview Drive from Waterworks Rd. to Minish Drive will now be a two-way street. It will not be a one-way street during school hours as in the past.

The Jackson County School System will begin its school year next week on  Wednesday, Aug. 12. The date was moved early last month from the original plan to reopen July 31.

The system is not mandating students wear masks, but has said it expects students to wear a mask at times during the school day (see other story.)

Superintendent April Howard said this week that about 20 percent (1,650 students) have opted to stay at home and do remote learning.

At the July board of education meeting, Howard said the system would do all it can to have a degree of social distancing because of the virus.

Like other school systems, Jackson County is putting in place additional cleaning and other new protocols in an effort to stem the impact of the virus on students and school staff.

The City of Jefferson School System opened last week, the first system in the state to open for in-person classes.

Superintendent Donna McMullan said the opening went smoothly and that a large number of students did wear a mask.

"I was happy to see 100% of our staff members wearing face coverings, and the overwhelming majority of students wearing them," she said.

Ridership on buses was lower than in the past, she said.

"We will continue to conduct building and classroom walk-throughs over the next several days to determine any adjustments that need to be made," McMullan said. "We will be talking to principals next week to determine if there are additional ways to limit contact among students in large groups. We will also be visiting our fine arts and health/physical education classes to see if we need to make any additional adjustments or expand the safety measures we currently have in place in those classes."

The system has hired a Nurse Practitioner to oversee the system's COVID efforts and to work with school nurses.

A report from the University of Texas at Austin published in the New York Times this week projects that in Jackson County, a school of 1,000 students will have 7-12 students show up with the COVID virus. The report projects infection rates for every county in the nation.

The Jackson County School System is strengthening its request that all faculty and students wear a mask when in-person school returns Aug. 12.

Although the system doesn't use the word "mandate" in its guidance to students and parents, the expectation is that students and teachers will wear a mask at certain times during the school day.

"The requests for staff and students to wear face coverings are in alignment with general expectations within our state and community," reads a memo from the system to parents.

The memo also says that there will be exceptions to its mask request.

"When students and staff are in commons areas, on buses, in hallways, and areas where they may be most at risk of spread, we think it is reasonable to ask all of us to respect the guidance provided by healthcare professionals. There will certainly be times throughout the day when students will not wear a mask."

The system is making mask-wearing mandatory at some of its individual school open house events for students and parents.

The issue of whether or not to require students wear a mask has become a hot debate as schools began reopen for a new school year. Recent studies suggest that younger children may not get as sick as some adults, but do spread the virus almost as much as older children and adults.

Last week, the CDC issued a report about a youth camp in North Georgia that had a high infection rate of COVID among campers and staff. The camp closed down in June when the outbreak became known.

While staff members were mandated to wear a mask at that camp, the campers were not. Of 344 campers and staff members tested, 76 were positive, the report said.

The fear among some in the medical field is that as schools reopen, they might become places where the virus is spread back into homes and then into the community at-large.

The county school system's memo acknowledges that risk as well.

"We are a public school district that serves a community, therefore we are impacted by and have a direct impact on the community we serve. Our goal is to do our part in protecting the health of our students and staff."

But some people have pushed back against mask mandates, including Gov. Brian Kemp who has encouraged mask-wearing, but has gone to court in a bid to prevent Georgia cities and counties from implementing their own mask rules.

The issue has become politicized as some Republicans have argued that mask mandates are an infringement on personal rights.

On the other hand, many Democrats have pushed for more mask mandates, especially in urban and high-density areas.

A number of major stores, including Walmart, Kroger and Home Depot, have instituted mask requirements in the last two weeks.

The lack of a unified voice on the issue has left local school systems to attempt to deal with the issue on their own in an effort to balance health and safety issues without having to deal with angry parents who oppose mask mandates for political or personal reasons. 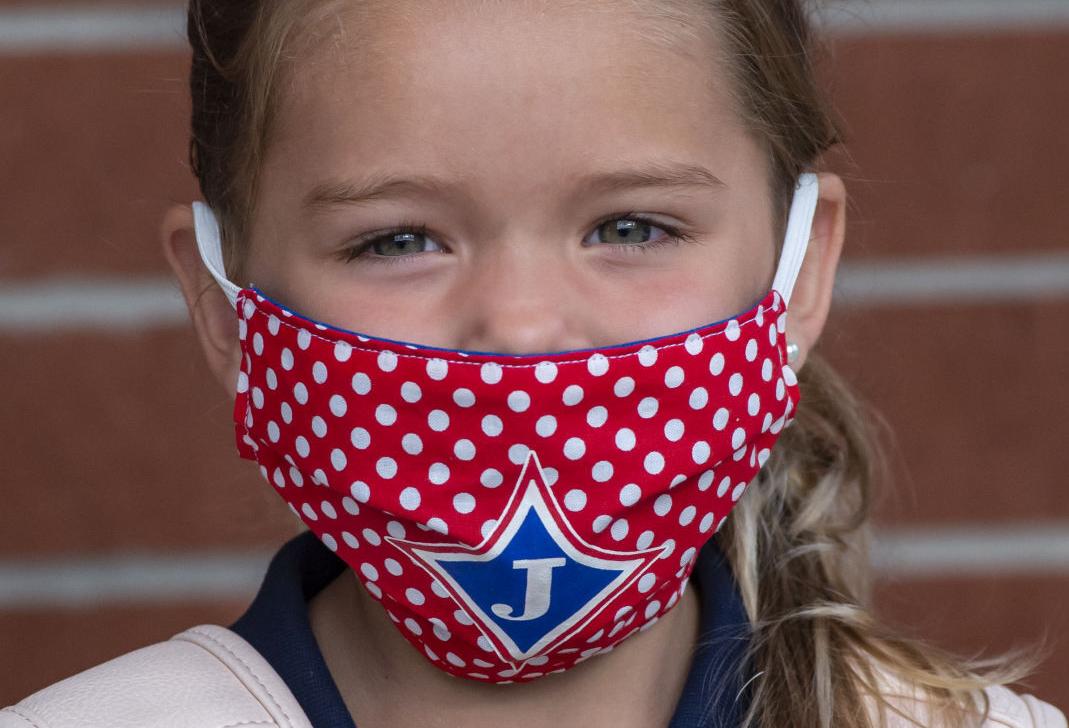 Riley Satterfield, 4, was all decked out in her school logo mask as she started her first week of Pre-K at Jefferson Elementary School. 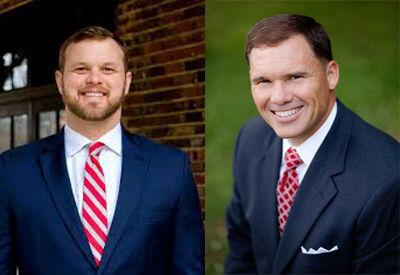 With the Aug. 11 runoffs coming up next week, more people have voted by absentee (mail-in) ballots than have voted in-person during early voting.

According to Jackson County elections officials, 1,957 people have voted via absentee ballots through Aug. 1 compared to only 875 people who have voted in-person.

In-person voting continues this week at the Gordon Street Center in Jefferson from 9 a.m. to 5 p.m.

Election day voting will take place on Tuesday, Aug. 11, at the county's four polling locations from 7 a.m. to 7 p.m.

Elections director Jennifer Logan said that the turnout has been "very light" so far and she expects that trend to continue into election day balloting.

One reason for the light turnout could be the lack of a hot local race on the ballot.

The only county race is a district contest in West Jackson for the Post 1 seat on the Jackson County Board of Education. It is a Republican runoff between Ron Johnson and Rick Sanders. No Democrat is vying for that seat. The winner will replace incumbent board member Michael Cronic, who is retiring.

The only countywide contest on the ballot is for the 9th Congressional District. Republicans will choose between Jackson Countian Andrew Clyde and Matt Gurtler while Democratic voters will pick between Devin Pandy and Brooke Siskin. 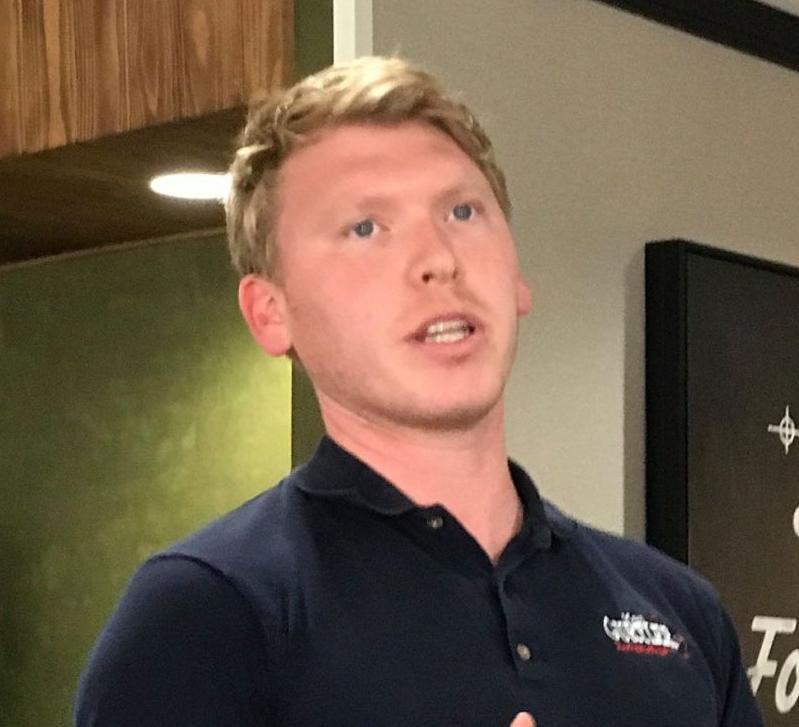 Jefferson Mayor, Steve Quinn, spoke at the memorial ceremony where several World War I soldier’s names were added to the Monument at the Historic Jackson County Courthouse.

In a July 29 letter to the city council, Quinn said a change in his job and the impending sale of his home in Jefferson led to the decision.

Quinn said that for the time being, he and his wife plan to move to property they own in Rabun County.

Quinn, an independent IT contractor, said that his contract with his current partner wasn't renewed due to the COVID crisis, leaving him effectively unemployed.

He was elected to the mayor's seat in 2017 after he ousted then-incumbent Mayor Roy Plott. He took office in January 2018.

As mayor, and as a member of the city council before that, Quinn has called for a more active city government, sometimes butting heads with some fellow council members who embrace a more status quo approach.

One of his signature plans, to do a feasibility study for an aquatics center in Jefferson, did get council approval.

Early in the COVID crisis in March, Quinn and the council took an active approach and issued a ban on dine-in at local restaurants and other measures in an effort to stem the spread of the virus.

Following the death of George Floyd and the resulting Black Lives Matter protests in June, Quinn and city councilman Mark Mobley both joined a peaceful march through Jefferson. 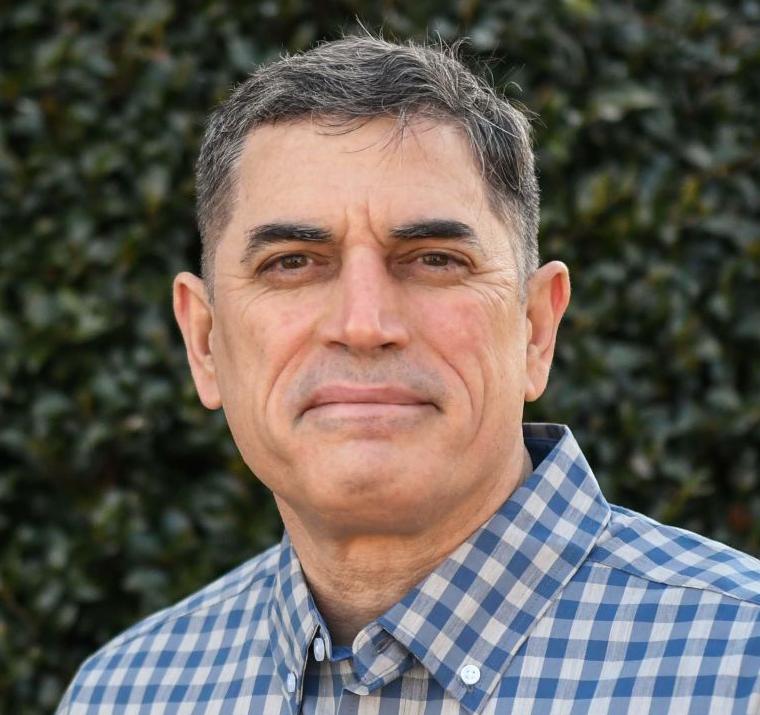