Another request to annex and rezone a large tract of land on Josh Pirkle Rd. for a major project will be presented publicly next month.

Pirkle Farms Development, LLC, requests that the City of Hoschton annex and rezone an aggregate 400 acres along the road for both light industrial and residential development. The Hoschton City Council will hold a public hearing over the requests on Dec. 20 at 5:30 p.m. at Hoschton City Hall, 79 City Square.

A request to annex this property into nearby Braselton for warehouses was made by a different developer in 2018, but the Braselton Town Council rejected it following public pushback.

In this latest request, Pirkle Farms asks that 219 acres fronting the west side of Josh Pirkle Rd. and the Mulberry River be annexed and rezoned from agricultural rural farm district in Jackson County to light industrial to allow for 1.36 million square feet of light industrial space.

Additionally, Pirkle Farms requests an annexation and rezoning for nearly 181 acres fronting the south side of Josh Pirkle Rd. from agricultural rural farm district in Jackson County and agricultural in Hoschton to a planned unit development (PUD) district zoning in Hoschton. The development would consist of 175 townhomes and 363 detached single-family homes.

Though proposed for Braselton, the request drew backlash from residents in Hoschton who lived near the property. Opponents cited concerns over decreased property values, along with environmental and nuisance issues during their objections.

The Braselton Town Council rejected the requests with a unanimous vote.

In addition to the requests for the Josh Pickle Rd. property, the Hoschton City Council will also hold Dec. 20 public hearings over:

•a request to rezone 11.55 acres on the south side of Industrial Blvd., west side of Hwy. 53 and east side of White St. from general commercial/highway oriented to a PUD for applicant Sri Kumar. Kumar proposes a mixed-use development including 275 residential units and 56,200 square feet of commercial building space.

•a request to rezone 0.93 acres on the east side of Peachtree Rd. from single-family low-density residential to a PUD for applicant Hog Mountain Properties, LLC. The proposed use is commercial driveway access and a project monument sign for a shopping center to be developed within the Twin Lakes Planned Unit Development fronting Hwy. 53.

•a request to rezone 22.13 acres on the north side of Josh Pirke Rd., west of Panther Ct., from light industrial to multi-family residential for 123 fee-simple townhomes for applicant Keith Whitworth. 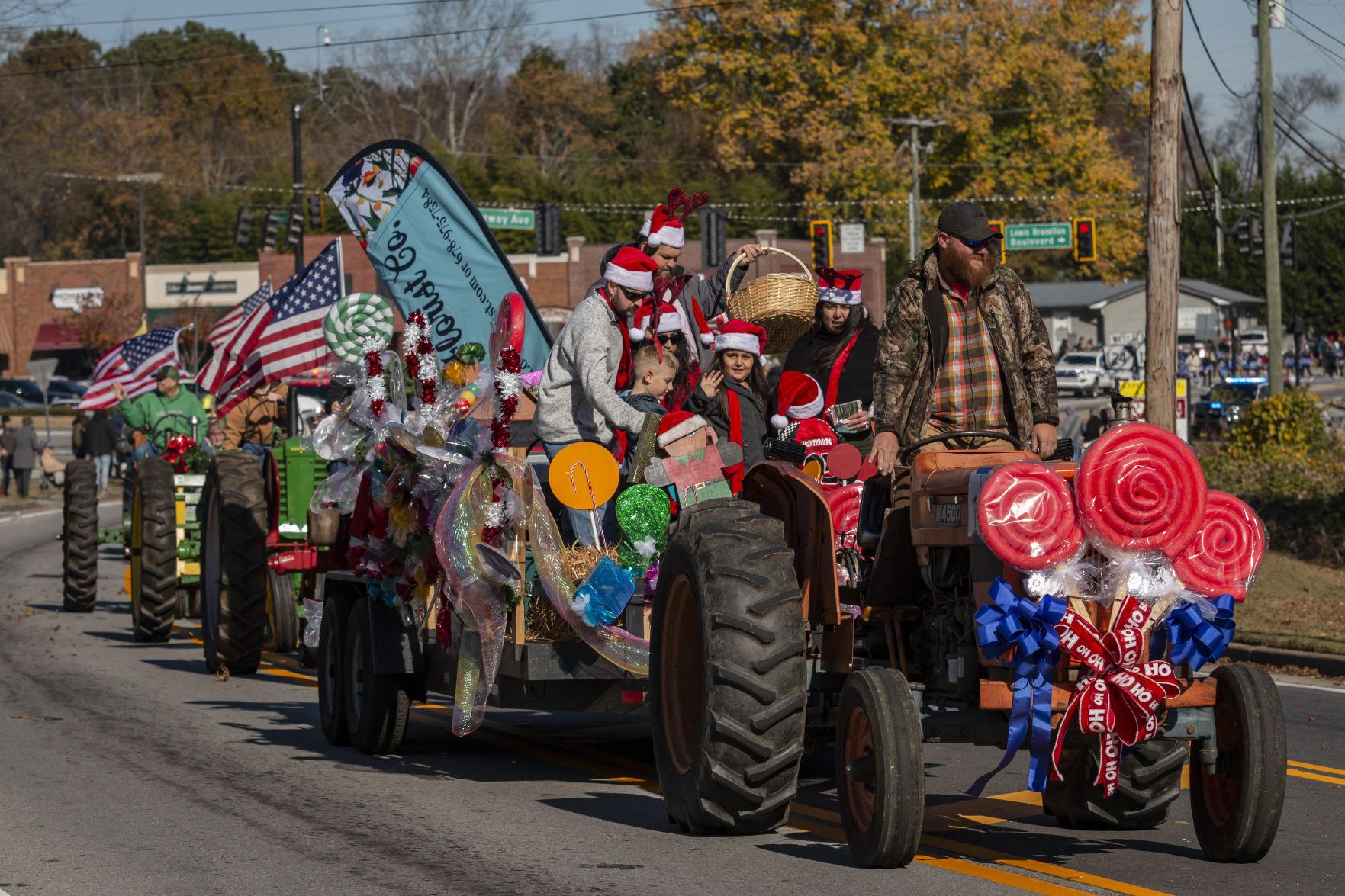 A line up of tractors were part of this year’s Christmas parade in downtown Braselton on Saturday (Nov. 20). See page 7A for more Braselton holiday celebration photos.

The Braselton Zoning Board of Appeals on Monday (Nov. 15) upheld planning director Kevin Keller’s interpretation of the town’s conditional use regulations as it pertains to a senior living community and the application of a conditional use permit granted several years ago.

In 2009, Oaks Senior Living, LLC. received a conditional use permit to develop a restricted use senior living community off Thompson Mill Road near its intersection with Spout Springs Road. Along with an assisted living and memory care component, an independent living component consisting of a two-story multi-family building and three detached quadruplex cottages, was also included in the two-phase development plan. The independent living would be connected to the assisted living building and the two would share certain services, primarily the dining room and other meal services.

However, after the Oaks Senior Living received conditional use approval, they moved forward with plans for the assisted living building, which was constructed and has been occupied for over ten years, but the independent living component was never built. According to Keller, the developer later subdivided the five-acre property to create a standalone parcel, which it planned to sell, and is the subject part of the implementation of the conditional use.

Although the five-acre tract is still owned by Oaks Senior Living, the property is currently under contract and development with Atlanta-based Landbridge Development, LLC, who subsequently submitted an application to rezone the property from general commercial to multi-family residential use, which remains pending before the Braselton Town Council.

In addition to the rezoning application, principal of Landbridge Development Gary Hammond also requested an interpretation by planning staff to see if the original conditional use approval granted to Oaks Senior Living in 2009 would apply to their project, which would allow them to build without any rezoning.

“The Landbridge project is a totally separate project in all aspects,” said Keller.

What’s more, the development code states that conditional use approvals expire after one year if some sort of action that would further the implementation of the conditional use hasn’t been taken, said Keller.

According to Hammond, “it’s very typical for each phase to be owned by different special purpose entities and for future phases to deviate slightly from the original concept plan as market orders change.”

“If timeframes are imposed, which they often are by the municipality, that's typically a timeframe on the day you start the first phase and then it may take 10 to 14 years without any penalties,” said Hammond.

The attorney representing Landbridge Development, Emily Preston, pointed to the text of the development code, where she said there is no definition for “assisted living” in the town’s development code. Without clearly defining a difference between the development’s two components in its code, “the town does not have the legal ability to come back and impose it now,” she said.

It was Preston’s overall position that if both development phases were considered as one single retirement community instead of separate entities, the one-year requirement for construction to begin was met with the completion of phase one.

In his rebuttal, Keller clarified that when he wrote his letter responding to Hammond’s request, “it was a completely separate independent facility.”

“Any kind of offer of a project redesign to work out something with Oaks to integrate the two facilities, is information that came along as they did their appeal,” he said.

After the board conducted a brief open deliberation, board member Dale Shapiro made the motion to uphold the planning director’s interpretation, Matt Kicklighter seconded the motion, which the board passed unanimously. 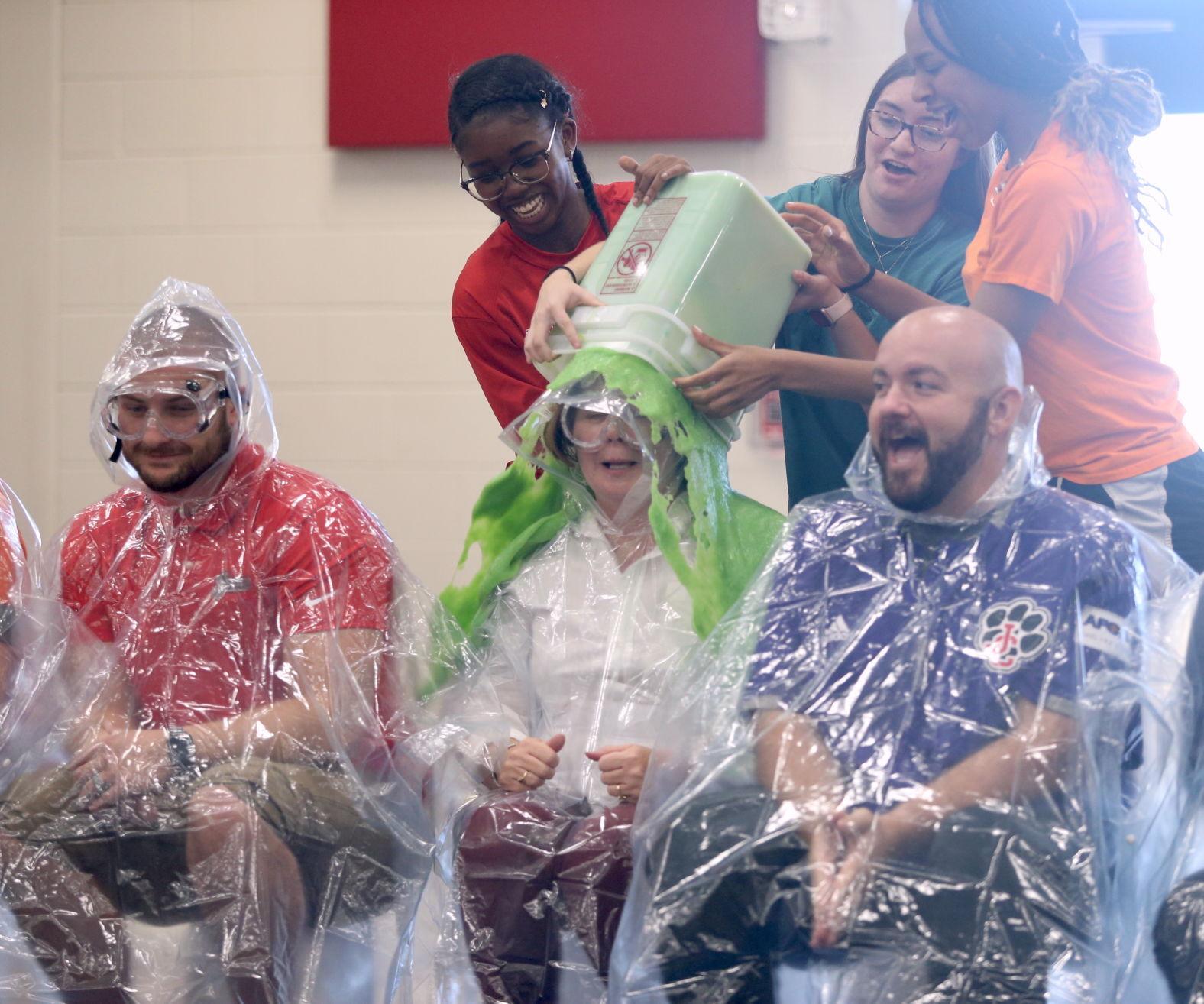 The past will again come alive in Braselton, offering local history lovers another reason to flock to the town’s green.

Braselton hosted a Medieval faire last month and will continue with its historically-themed festivals with a Renaissance fair this weekend (Nov. 27-28, 10 a.m.-4 p.m.). A larger-scale Medieval faire is already in the works for October 2022.

“I am a history geek in the biggest way and I love costumes, I love fairs, festivals that kind of thing, and there are a lot of people that are interested in all of those things,” Meyer said.

Meyer said the popular Renaissance Faire in Atlanta is an “amazing event” but wanted to offer a closer, more economical option for local history enthusiasts. She saw that Braselton hosted many well-attended festivals throughout the year but hadn’t yet offered a festival that filled this historical niche.

“It was just a genre that had not been tapped, and when they hired me they tapped it,” she said. “So, it’s just me getting my geek on and putting on a festival that I would want to attend in an area that I can get to in a budget I can afford.”

“That was a positive result that people wanted more,” Meyer said. “So, we’re giving it to them this time.”

As she did in October for the Medieval faire, Meyer will employ the services of Athens-based history troupe, History Now, for this weekend’s Renaissance faire.

Re-enactors from the group will hold a live presentation of the De Soto Expedition of 1540 and the Bartram’s Travels of the 1770s for festival goers while offering day-long tent demonstrations representative of the time period. The De Soto presentation is set for 1 p.m. on both days, followed by the Bartram presentation at 3 p.m.

While Meyer plans to hold just one history-themed festival next year, another Medieval faire, she said the scope will be much larger than this year’s Medieval faire. The town’s civic center will be available then, which will help expand the size of the event. Meyer said evening Shakespeare performances and even a Dungeons and Dragons space are planned additions for next year’s event.

As for this week’s Renaissance fair, Meyer pointed out that while it will fall on the heels of Thanksgiving, she hopes the event will appeal to families hosting out-of-town guests.

“I’m hoping those out-of-town people will be here visiting and need something to do,” she said.

Meyer also noted that the festival is free, except for the food and merchant vendors.

“Just come and enjoy and don’t worry about spending money,” Meyer said, “or spend money and do some Christmas shopping.” 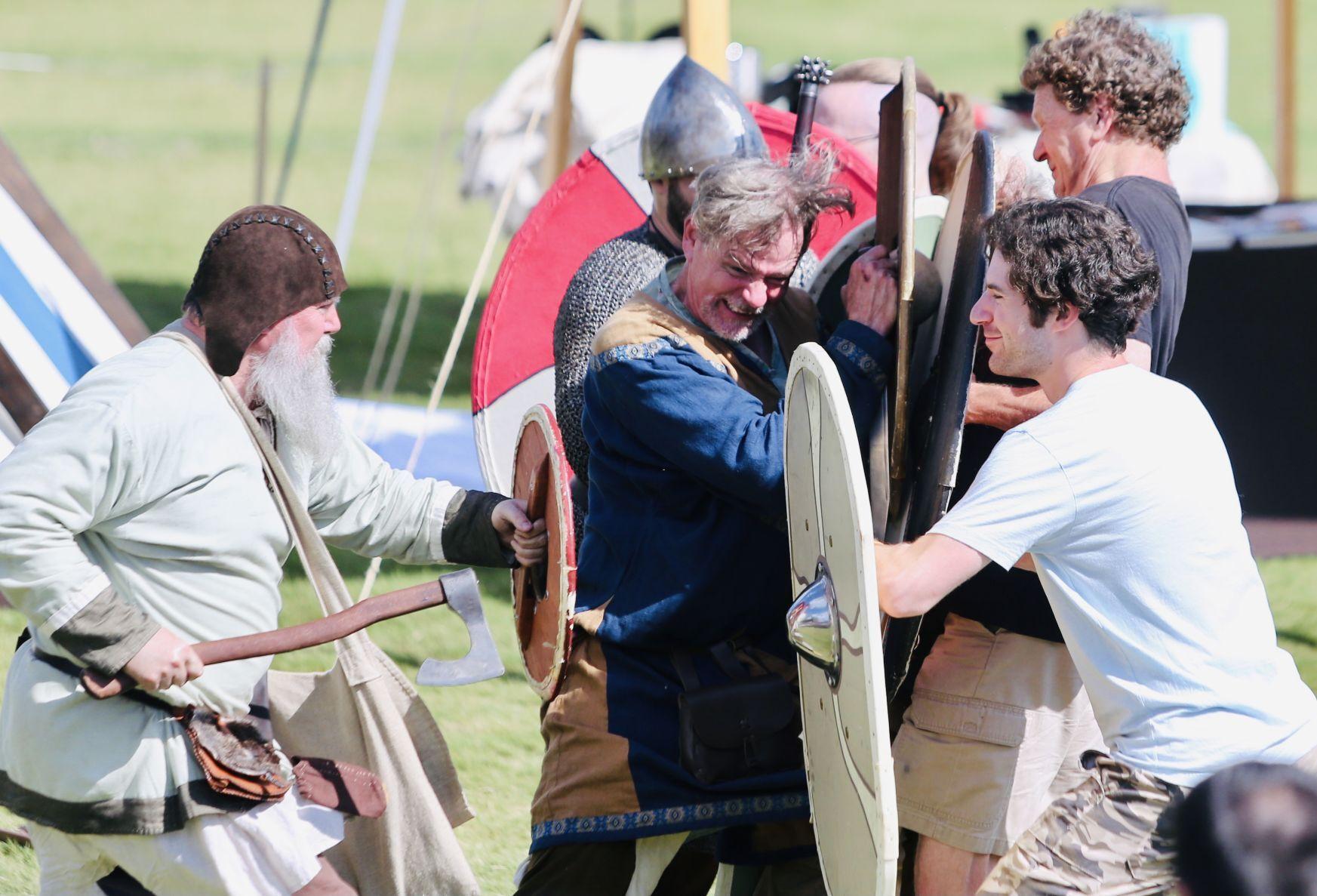 Members of History Now charge a group of audience volunteers Saturday (Oct. 9) during a demonstration about the Battle of Hastings from 1066 at Braselton's Medieval Faire.