The Baldwin City Council, at the work session on January 5, discussed making changes to the schedule for its firefighters.

Fire chief Joe Roy said his department has been down two full-time firefighter positions for almost a year and the plan he presented to make up for the shortage would change the schedule the firefighters work.

“We been three men short for basically the last year,” said Roy. “We haven’t been able to hire because the pay is too low. We’re not competitive with the other areas. That’s why we lost the three and we can’t find three more.”

Roy said the starting pay for a firefighter in Baldwin is $25,000.

Roy said Baldwin’s Fire Department currently has four two-man shifts that each work 24 hours with 72 hours off. Roy said the department only has six full-time employees, including the chief, and they often need part-time workers to fill in on shifts that normally would be covered by two full-time firefighters and a captain – which the city has also been trying to hire.

Roy said it was hard to fill four shifts with three people missing.

Working to fill the shifts with part-timers has been a real challenger, Roy stated.

Roy presented a plan to offset the challenge by moving the Baldwin firefighters from 24-hour shifts with 72 hours off to 24-hour shifts working with 48 hours off, and the department would decrease from four two-man shifts to three – absorbing the two of the three vacant positions.

This change would increase the starting pay, but still might not alleviate all the problems, Roy added.

Roy told the council that two of the current firefighters might choose to leave if the shift change is approved since the current shift allowing 72 hours off allows the firefighters to work part-time jobs and bring in extra money.

“They would make more money working 24 and 48, but I’m not saying get rid of three to do that,” said Roy.

“Like I said, if we could keep them on 24 and 72 and pay them, that would be tremendous, but that’s something you (the council) would have to figure out,” Roy added.

The change would come with some financial issues, since the city would need to hire a firefighter. This would be a $12,000 budget expense to compensate the firefighters for the increase in hours over the last six months of the year.

The fire department budget for fiscal year 2022 would need to increase $25,474 for the shift change.

The council, after hearing Roy’s issues and concerns, opted to revisit this issue at the council meeting set for 6:30 p.m. on Monday, January 25, in order to give council members time to explore all of their options.

The Baldwin City Council approved re-financing its 2012 Series Bond when it met on Jan. 11 to include an additional $3.658 million to fund a pre-treatment system for its water plant.

The bond re-financing will cut down on the amount of the yearly payments and extend the number of years for payout till June 2045.

The council is making this decision due to problems in the past with storms and other issues affecting the city’s ability to treat raw water in a cost-effective manner.

At the Monday, Jan. 11 meeting, the council also:

•approved a website upgrade with ITSimple at a cost of $3,588 yearly. The first year – January 2021 through December 2021 – will be free to the city. At the end of 2021 the council will be asked to make a decision on whether or not to continue at the yearly fee, which will be pro-rated for January 2022-June 2022. The upgrade will include updates to the current website and the addition of the council meeting minutes.

•heard from Mayor Joe Elam that fire chief Joe Roy had applied for a $350,000 Federal Emergency Management Agency (FEMA) grant for a new fire engine. If the grant is approved and the city moves forward with the grant the total cost to the city will be $34,000. If the city chooses not to move forward with the grant the cost will be around $17,000 for the grant writer. The funding for the city’s portion of the grant will come from Habersham County SPLOST revenues. The grant costs will come in the 2021-2022 budget year.

•approved the first reading of the 2021 General Election Qualifying Fees Ordinance setting the qualifying fee for the November 2, 2021 General Election at $35 for each position. The positions up for election are: Mayor, currently held by Joe Elam; Post 4, currently vacant; and Post 5, currently held by Alice Venter. Qualifying will be held Monday, August 16, 2021 through Friday, August 20, 2021, between the hours of 8:30 a.m. and 4:30 p.m. Monday through Friday, and 8:30 a.m. to Noon on Friday. Qualifying will take place at Habersham County Elections and Voter Registration, 130 Jacob’s Way, Suite 101, Clarkesville. A special election for the vacant Post 4 seat, previously held by Jeff Parrish, is set for March 16, 2021. The person elected will begin serving immediately and will serve until the term ends on December 31, 2021. If that person chooses to seek re-election for another term they will need to qualify during the qualifying period in August. Qualifying for the special election will end on Friday, Jan. 15.

•was reminded by Elam that the city’s comprehensive plan surveys are due on Friday, Jan. 15.

Personnel items were approved by the Banks County Board of Education when it met Monday, Jan. 11.

During the monthly principals’ reports:

•Banks County Primary School Principal Amanda Dale reported virtual learning is going well for the primary school students and staff. She said this is a learning curve both the students and the staff.

•Banks County Elementary School Principal Dana Simmons reported the school received a $4,300 Shoes That Fit Grant from Rack Room Shoes and this enabled the school to help students in need with shoes, socks, backpacks, etc. She said there is currently 26 students on virtual choice learning with the rest on virtual must learning.

Virtual choice is the student/parents/school allowing a student to be virtual all the time.

Virtual must is because the school system has gone virtual.

•Banks County Middle School Principal Mike Boyle reported attendance in both the school gym and Den 2.0 had been reduced to 33-percent for winter sports. He said the middle school has 32 students on virtual choice learning and the remaining 636 students are on virtual must. 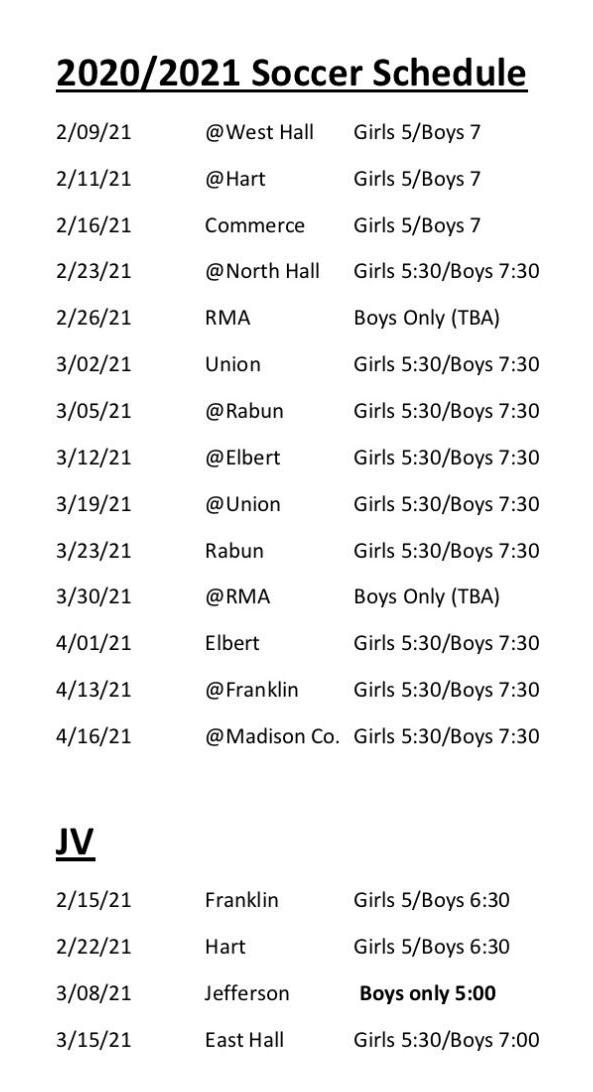