What an amazing opportunity! John the Baptist was called to be the forerunner for Jesus Christ. Back in those days, it was not unusual for kings to have forerunners. They made sure the roads were passable; they let the people know a king was coming, and advised people to get ready for the king!

Although, make no mistake, there had never been an announcement concerning a king like this one. John the Baptist, had the opportunity to declare that Jesus, the Messiah, the Son of God was beginning His ministry, offering salvation and reconciliation to the world. While many awaited the Messiah, and many doubted our Lord, I’m sure no one could determine what was to come other than God Almighty.

While it all started with the humble birth of Jesus Christ and didn’t end until they tried to rid the world of him by his death on the cross. In reality, their expected end was really a victorious beginning. Three days later our Lord and Savior rose from the dead. Today he lives at the right hand of the Father making intercession for us, and waiting to bring his children home.

Mark 1:1-8 explains the beginning of the Good News of Jesus by quoting the prophet Isaiah. “Prepare the way for the Lord; make straight the paths for him.”

Appearing in the wilderness, John the Baptist preached the Good News of repentance and forgiveness of sins. The people were hungry for a change. Verse 5 tells us, “All the people of Jerusalem went out to him. Confessing their sins, and they were baptized in the Jordan River.” Many looked up to John, but he was quick to tell them that he was not worthy to tie and untie the sandals of the One to come.

At that time Jesus, 30 years of age, came on the scene, was baptized by John, and he saw heaven being torn open and the Spirit descending on him like a dove. And a voice came from heaven saying, “You are my Son, whom I love; with you I am well pleased.” People saw all kinds of signs and wonders; the Son of God saved, delivered, healed, and set people free, and thousands of years later he is still in the business of changing lives forever.

So we have an awesome opportunity in our lives as well. Really it’s our responsibility to be a forerunner of our soon coming King, but this appearance is going to be much different. Revelations 1:7a says, “Look, he is coming with the clouds, and every eye will see him, even those who pierced him, and all kindred of the earth shall wail because of him.

We know God is filled with grace, mercy, and love. We know it’s not God’s will that any should perish but all should come to repentance. We also know that Jesus is the only way. Let us point people to the Messiah, the Son of God, and the Savior of the world while we still have time.

Just like yesteryear, so many people are looking for a change. They are tossed to and fro and will never know true contentment until they have a personal relationship with Jesus Christ.

Let us begin to pray for those who are not ready to meet our king, and ask God to prepare us as we tell others about our soon coming king.

A Christmas Eve service will be held at Hickory Flat United Methodist Church on Tuesday, Dec. 24, at 5 p.m.

Refreshments will be served following the service. 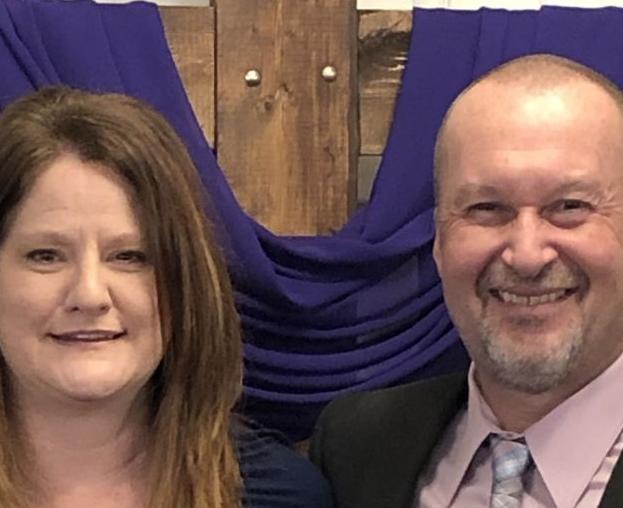 Richie Brown is the new pastor at Bethany Christian Church. He is shown with is wife, Lisa. The church is located at 312 Historic Homer Highway, Homer. Church services are held at 11 a.m. on Sundays.

Damascus Baptist Church will offer a Christmas program of gospel music at 6 p.m. on Sunday, Dec .15.

Coffee and dessert will be offered after the program.

Johnny Stone is the pastor.

Everyone is invited to attend.

“Join us as we celebrate the birth of our savior,” leaders state.

Refreshments will be served in the fellowship hall afterwards.

Everyone is welcome to attend.

The church pastor is the Rev. Richie Brown.

The church is located at 312 Historic Homer Highway, Homer.

Hudson River Baptist Church will be having its Christmas play "How The Grinch Found Christ in Christmas” on Sunday, Dec. 22, at 5 p.m. A Christmas dinner will be served after the play.

“Everyone is invited to come join us,” leaders state.

The church is located at 171 Hudson River Church Road, Commerce.

Beaverdam Baptist Church will present its “One Holy Night – A Live Nativity” on Friday, Dec. 13, and Saturday, Dec. 14.

There will be Christmas cookies, cakes, coffee and hot cocoa served each night to those attending.

The church pastor is Chuck Cook.