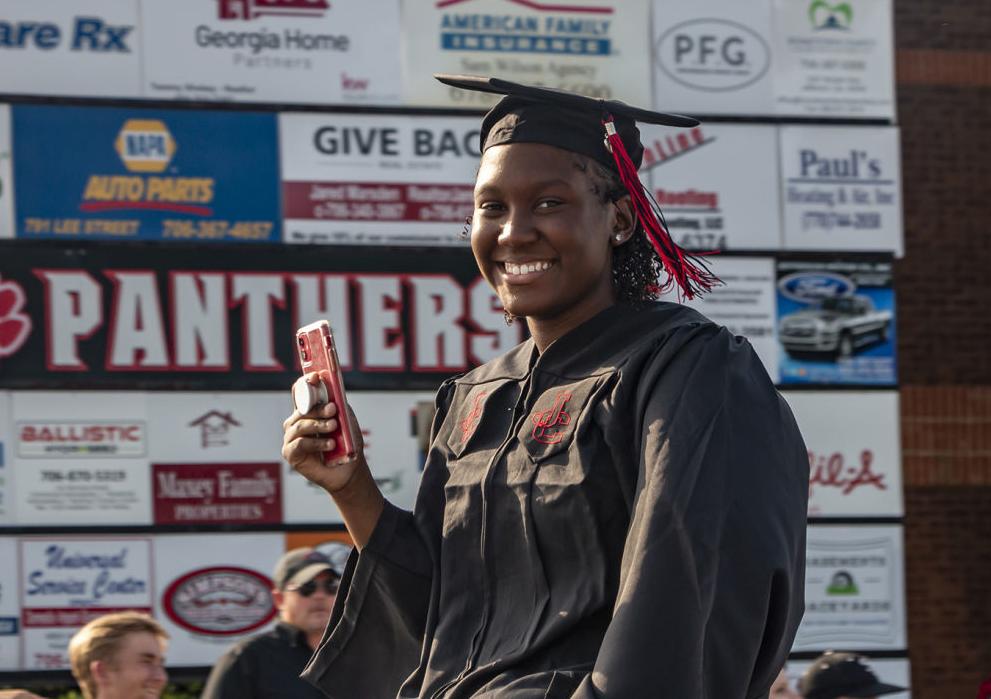 Jackson County Comprehensive High School senior Davanna Collie is shown smiling as she participated in the graduation parade on Friday, May 22.

A parade of young men and women passed by East Jackson Elementary School Thursday evening in a graduation parade as I stood in front snapping photos.

It was the night Jake and his friends would have been walking across the field receiving their high school diploma. Instead, another special event occurred. Since the graduation ceremony had to be cancelled, school leaders wanted the evening to still be special for these teenagers.

A parade was held with the graduates being driven by the high school, middle school and elementary school they attended. Former teachers and community members cheered as they passed by. I might have had a tear or two in my eyes as I saw Jake and his friends that I have watched grow up since elementary school pass by.

To the others on the sidewalk, I’m sure they saw young adults ready for the next chapter in their life. In my eyes, I saw the kids they will always be to me passing by.

When Camren Hardy passed by I saw that elementary school kid who first came to our house in that white Morph Halloween costume.

When Maddie Fowler passed by, I saw that second grade girl who hugged Jake as he was upset on the last day of school and told him it would be OK.

As Grace Palmer waved, I saw that young teenager in the pink dress going with Jake as his date to his first formal dance.

As for Hunter Harrell standing and waving from the jeep that passed by, he will always be the Lion from the Wizard of Oz in the eighth grade play to me.

Cloe smiled and yelled, “Hey Angie,” as she passed by and I saw that little girl in first grade who wanted to spend her birthday with Jake.

When Jake Varner passed by, I saw those little boys bowling at a birthday party in Athens.

I saw Hannah smiling and waving as she passed by and I remembered that young girl who went with us to Lake Lanier to see the Christmas lights.

Leah, Katie, Bradley passed by and I flashed back to those pre-teens who were at Jake’s birthday party that I snapped a photo of praying before they ate by the lake.

They are all going off in different directions now in this next chapter in their lives. I am excited for what is ahead for them and have enjoyed seeing them grow up.

It's certainly been different for high school graduates this year with many traditions being cancelled. The graduation parade is not the only new event for EJCHS seniors. A few weeks ago, the students got a nice surprise. A school bus stopped by their homes with principals and teachers dropping off a senior graduation sign for them.

I was at home when the big yellow school bus stopped off at our house with the sign for my nephew. My mother and sister went out with Jake when the bus pulled up. We cheered as he posed for photos with some of his teachers.

While some traditions were not possible this year, the seniors have enjoyed some new special events that have provided memories they will always cherish.

I know I will always cherish the memories I have of this special group. I am thankful Jake had such great friends during his years at EJCHS. I look forward to the things these young adults will accomplish in the future. 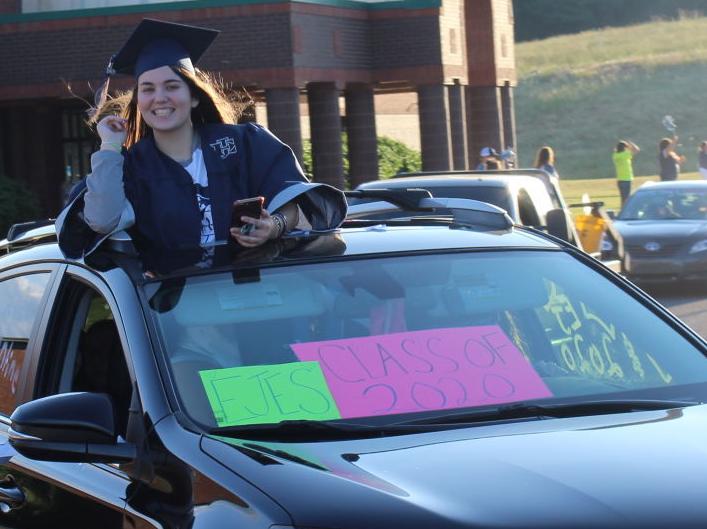 Cloe Martin is shown in the Graduation Parade at is passed by East Jackson Elementary School Thursday afternoon. Former EJES students passed by the school in a parade held in their honor. The parade started at East Jackson Comprehensive High School and then went to East Jackson Middle School. After that, the parade went to the elementary schools serving the east side of the county — Benton, Maysville and EJES. 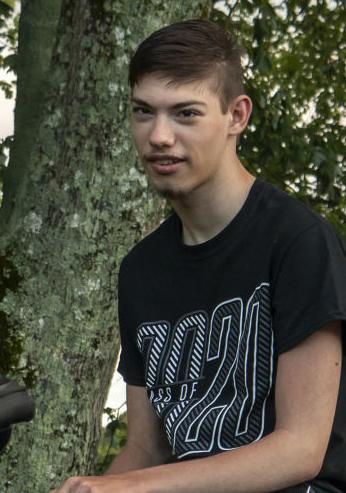 Jonathan Corbin was the grand marshal in Jefferson High School’s graduation parade. He is the son of John Corbin and Brandi Daly. Evan Romines escorted the Corbin family. As the Coronavirus (COVID-19) is on the rise, seniors were not able to participate in their traditional senior walk to celebrate and greet students at the elementary, academy and middle schools. In an effort to celebrate these students for their many achievements, a community parade was held around the school buildings on Thursday, May 21. The route was approximately 1.5 miles long with 250 vehicles contributing in the parade. The school thanks the Jefferson Police Department and Jefferson Fire Department for assisting with the parade. There are 273 JHS students in the class of 2020.