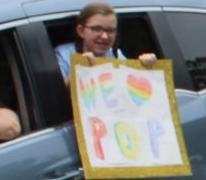 Grandchildren made signs such as this one for their family members at Hill Haven Nursing Home last week when a parade was held to bring them some love and cheer.

Forty years ago, a Jackson County man had just finished breakfast on a Sunday morning and was sitting on the balcony in his barracks enjoying a cup of coffee when he hard an explosion that he thought was a nuclear attack.

While it wasn’t a nuclear attack, that explosion was something that Guy Wilson still clearly recalls today. It was an experience that he has recalled many times over the years to family and friends and to area school children.

Wilson was serving in the military when Mount St. Helens erupted. The 40th anniversary of this was observed this week, on May 18, and he remembers those details clearly.

“It is amazing how quick your heart can drop,” he says. “When that cloud came up in that clear blue sky and kept getting larger and larger, we were sure it was a nuclear attack.”

At the time, Wilson was stationed at Fort Lewis, Washington, as a truck driver with the 9th Infantry Division. Part of his regular duties was the transportation of JP4, which is aviation fuel. Fort Lewis is approximately 65 miles from St Helens.

“We noticed the mushroom cloud rise into the sky,” he said. “Shortly after, the alert sirens sounded. Our sargent showed up and ordered us to the motor pool. The ones of us who hauled fuel were ordered to hook to our tanker trailers and pick up a load of fuel. We then joined a convoy at the gate and left post headed south. No one knew what happened. As far as seeing the mushroom cloud, some thought the country was under attack. Only after the convoy had gone 30 miles or so, we stopped at a rest area and were informed the mountain had erupted.”

He said ash was everywhere and the scene they found was unlike anything he had seen before.

“I remember the ash,” he said. “We were ankle deep in the ash and guys were scooping it up and putting it in bags to send home. Later they told us it might be toxic.”

The convoy Wilson was in stopped at Kelso Airport right off I-5 where they were long enough for President Carter to arrive and have his helicopter inspection flight around the mountain.

“After his departure, we packed up and headed to Toutle, Washington,” Wilson said. “We set up camp at a small air field outside Toutle. The helicopter squadron arrived and began flying search and rescue missions. After sitting up our fueling area, we were asked to ride along in the choppers to have more eyes to search for survivors. None were found in the areas we flew. There were dozens of bodies brought to a temporary morgue at Toutle. The landscape was nothing like anything I had ever seen — besides looking like the surface of the moon. The eruption dropped tons of ash in a path across Washington and states east of her. Everything was gray and the number of trees laying like toothpicks any direction you looked. The mountain erupted again on the 19th which left us covered in two or three inches of ash. We were there for a week before returning to Fort Lewis. It was an experience I'll never forget.”

Wilson served 18 months in the military before returning home. He has shared his experience during the explosion at Mount St. Helens many times over the years, including to school children at Jefferson.

“I have been to Jefferson elementary and high schools to speak about this,” he said. “I was a Scoutmaster in Jefferson. The Scouts loved seeing the pictures I have and learning about this history making escapade of Mother Nature.” 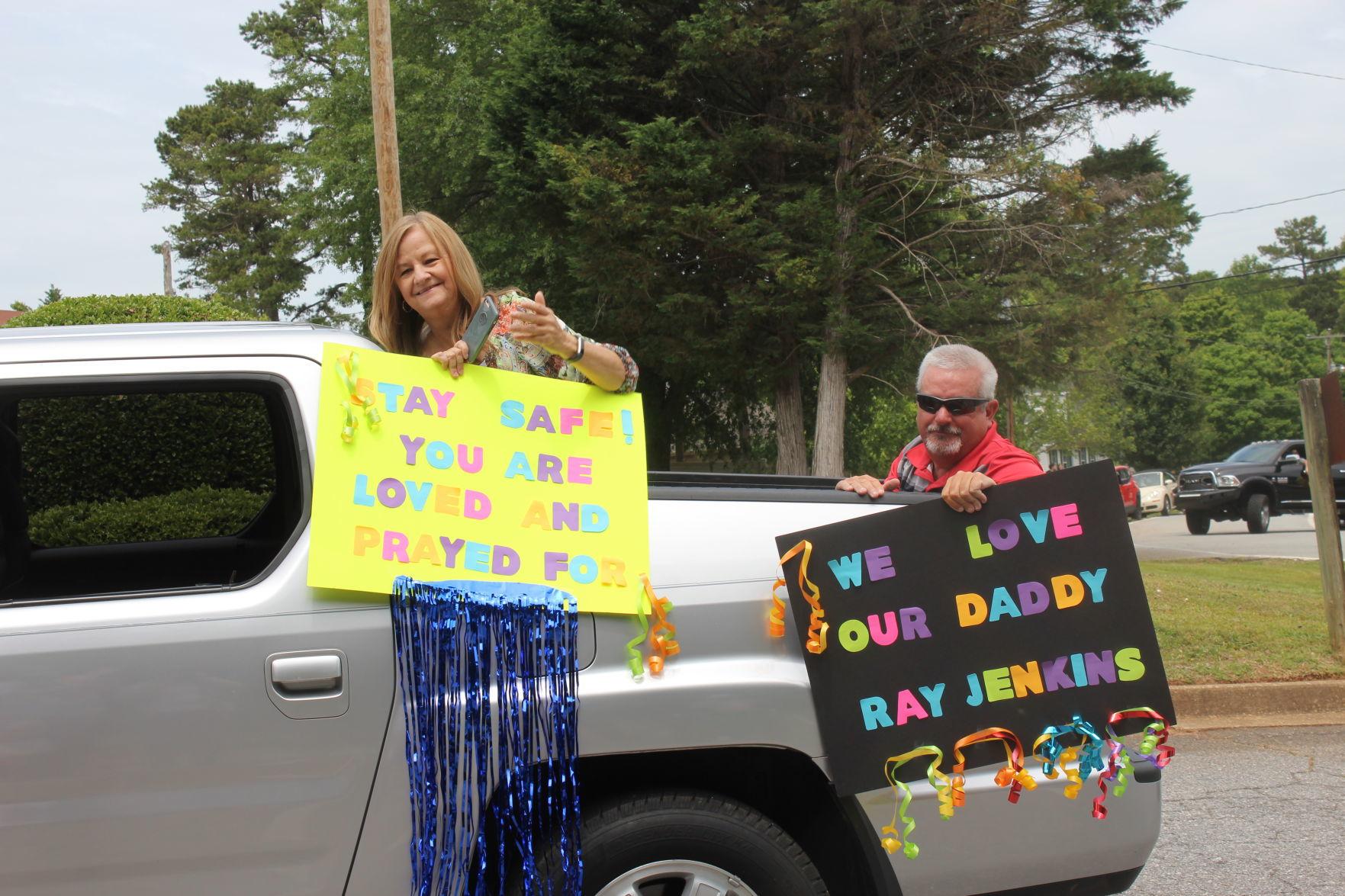 Family members of residents of Hill Haven Nursing Home made signs showing their love and support as they passed through the parking lot in a parade. 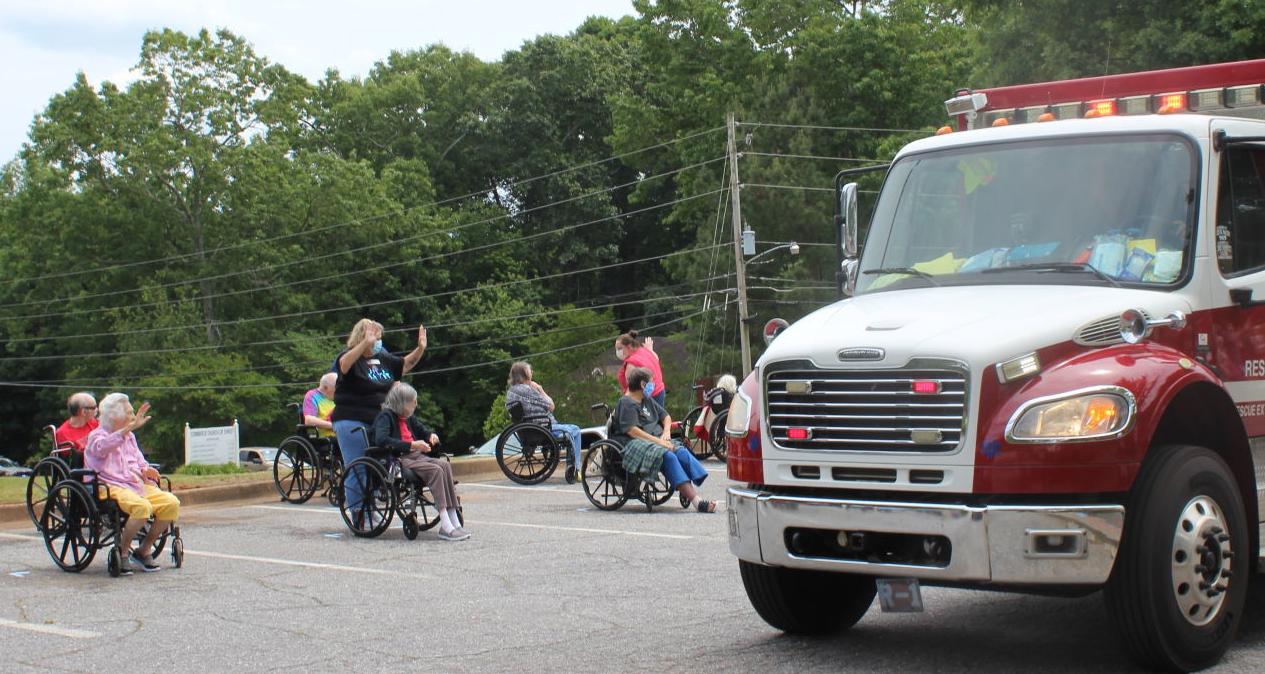 Ambulances, law enforcement cars and public safety vehicles paraded through the parking lot of Hill Haven Nursing Home in Commerce last week with the residents lined up outside to enjoy the view. 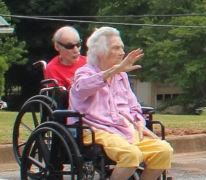 Jackson
GARY: What brings us together
Angie Gary

Staff members began excitedly telling the man in the wheelchair that his family members were coming around the corner. The thin man with the red T-shirt held both hands in the air, waving them, and smiling big as the car passed by with those inside waving back at him and shouting hello to him.

Another man in a wheelchair slowly waved as a van passed by with a young girl in braids holding a hand-made sign that said “We love Pop” out of the window. A young boy had his head sticking out of the sunroof and was waving at Pop. The elderly man continued waving and said, “Don’t fall out of that thing,” to his grandchildren.

A truck followed the van with a man in woman in the back, waving and smiling at their father. Their signs said, “Stay safe! You are loved and prayed for” and “We love our Daddy.”

I’m sure I wasn’t the only one with tears in their eyes as I stood in the parking lot of Hill Haven Nursing Home as a Parking Lot Parade was held for the residents, who haven’t seen their families since concerns about COVID-19 shut the doors of hospitals and nursing homes across the state.

The parade was a great opportunity for the residents to see their families, even if it was from a distance. The residents lined the parking lot as their families drove by, many with signs and balloons showing their love.

The parade also featured public safety and law enforcement vehicles and it was great for these local heroes to take the time to bring a smile to the face of the residents of this local nursing home. As I said, lots of tears and smiles that afternoon in Commerce as residents of Jackson and Banks counties shared this special event.

I’m sure there hasn’t been many people who have not been impacted by COVID-19. While it may not have been directly through being sick or knowing someone sick, there have been so many ripples throughout communities across the country. As I stood in that parking lot last week, I had no idea a few days later I would be watching as my mother was taken by ambulance to a hospital and I would not be able to have any contact with her as she was being treated. She does not have COVID-19, she has been tested two times, but she did test positive for pneumonia. She is still in the hospital as I write this Tuesday morning and we have not been able to see her. This is just one impact of this virus that has changed the way the world operates.

It’s become the norm to see people wearing masks and gloves in public. Most everyone I know has felt the financial impact of the shut-downs due to the coronavirus. Our graduating seniors, including my nephew, are missing out on the traditions that make memories that we all treasure in our lives.

It is a challenging time but it’s also a time that has brought communities together, like it did at the Parking Lot Parade last week in Commerce. It’s events like this that give me hope and make me appreciate the small town that I grew up in and continue to call home.