Dr. April Howard was named Woman of the Year by the Jackson County Area Chamber of Commerce. 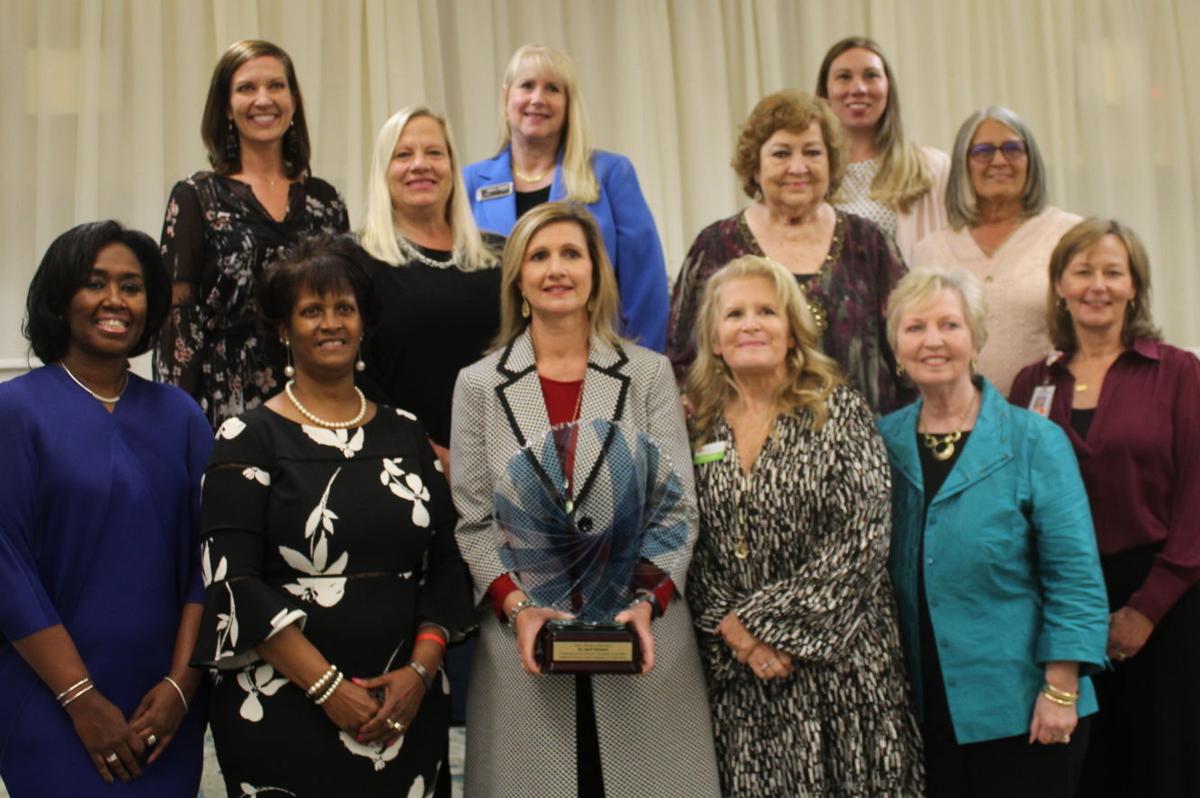 Darlene Drew gave an inspiring speech at the Jackson County Area Chamber of Commerce Woman of the Year luncheon, held Nov. 17 at the Jefferson Civic Center.

Dr. April Howard was named Woman of the Year by the Jackson County Area Chamber of Commerce.

Darlene Drew gave an inspiring speech at the Jackson County Area Chamber of Commerce Woman of the Year luncheon, held Nov. 17 at the Jefferson Civic Center.

Jackson County School System Superintendent April Howard has been named Woman of the Year for 2021.

She was named by the Jackson County Area Chamber of Commerce at the annual luncheon on Nov. 17 at the Jefferson Civic Center.

“Thank you to the Jackson County community,” Dr. Howard said after being named. “To the ladies who were introduced before me (other nominees), I am in such good company, thank you for the work you do. You have a special place in my heart for the work that you do. I am humbled by this. I do my work every day because I am passionate about kids and making the community a better place. I look at the names before me (prior winners) and I stand on the shoulders of giants. They are people I have been I have had the privilege of working with for many years.”

Elizabeth Evans presented the nominees and announced the name of the recipient.

“The Woman of the Year Award honors the individuals who have achieved professional excellence, mentored, actively served the community and helped other females to reach their leadership potential,” she said. “Each of these women are truly making remarkable things happen in the community."

Tricia Massey also made opening remarks, stating, “To the nominees, you have already proven that you’ve made a positive impact in your community.”

Chamber president and CEO Jim Shaw said during his opening remarks, “This luncheon’s purpose is to honor, recognize and celebrate the advocates and champions who make a difference in Jackson County. Today’s nominees are examples to us all.”

Tara Jernigan, introduced the guest speaker, Darlene Drew, who worked 32 years in the Department of Corrections, ending her career working as a warden for 11 years.

Drew was the first and only woman who served as warden of the United States Penitentiary in Atlanta, which opened in 1902.

She spoke on how it wasn’t always easy being a woman serving in a leadership position but added that it is worth it to take that next step and seek the top role.

It was then that she decided to apply for the position of warden in a federal penitentiary and she got the job.

She encouraged the women to “pray, prepare, prioritize and pause.”

Others on the program included Dr. Howell, who gave the invocation.

Info on Woman of the Year nominees