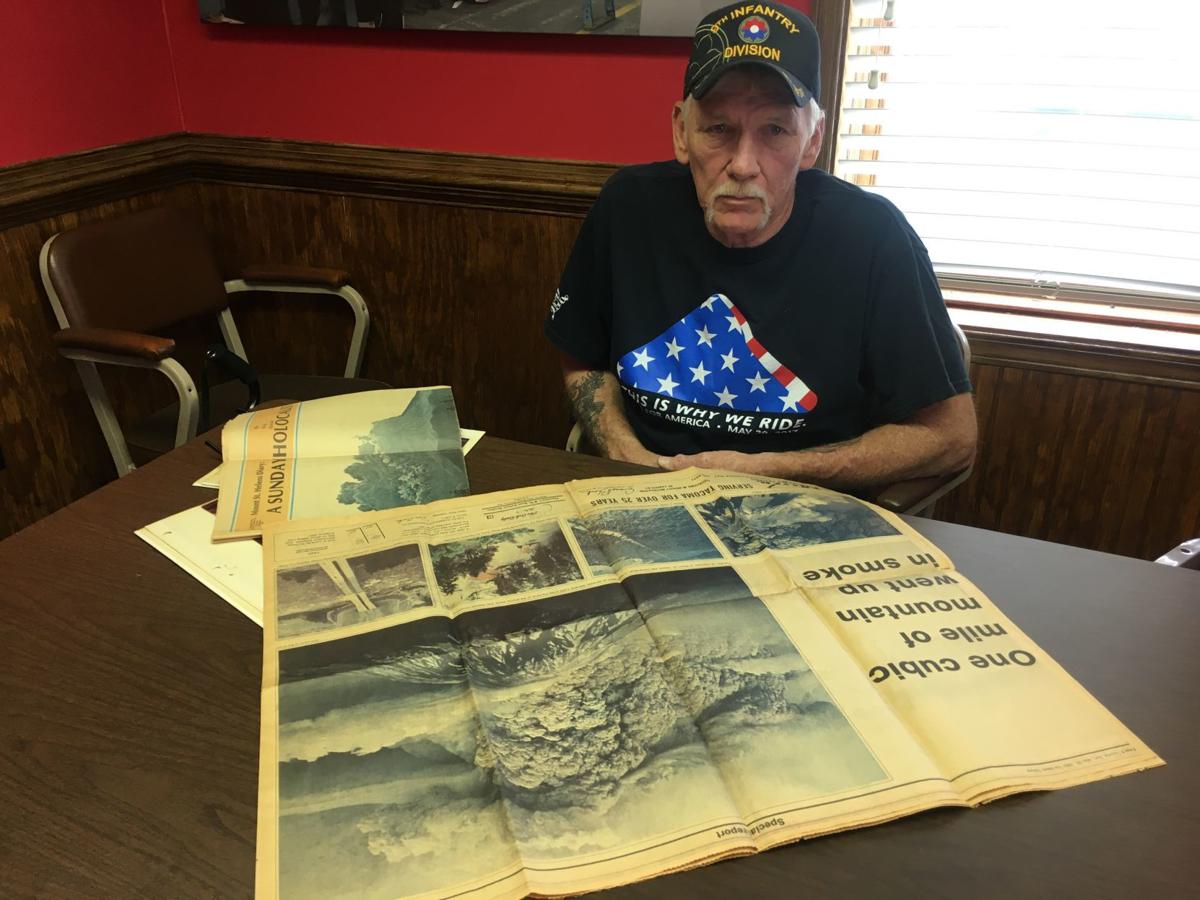 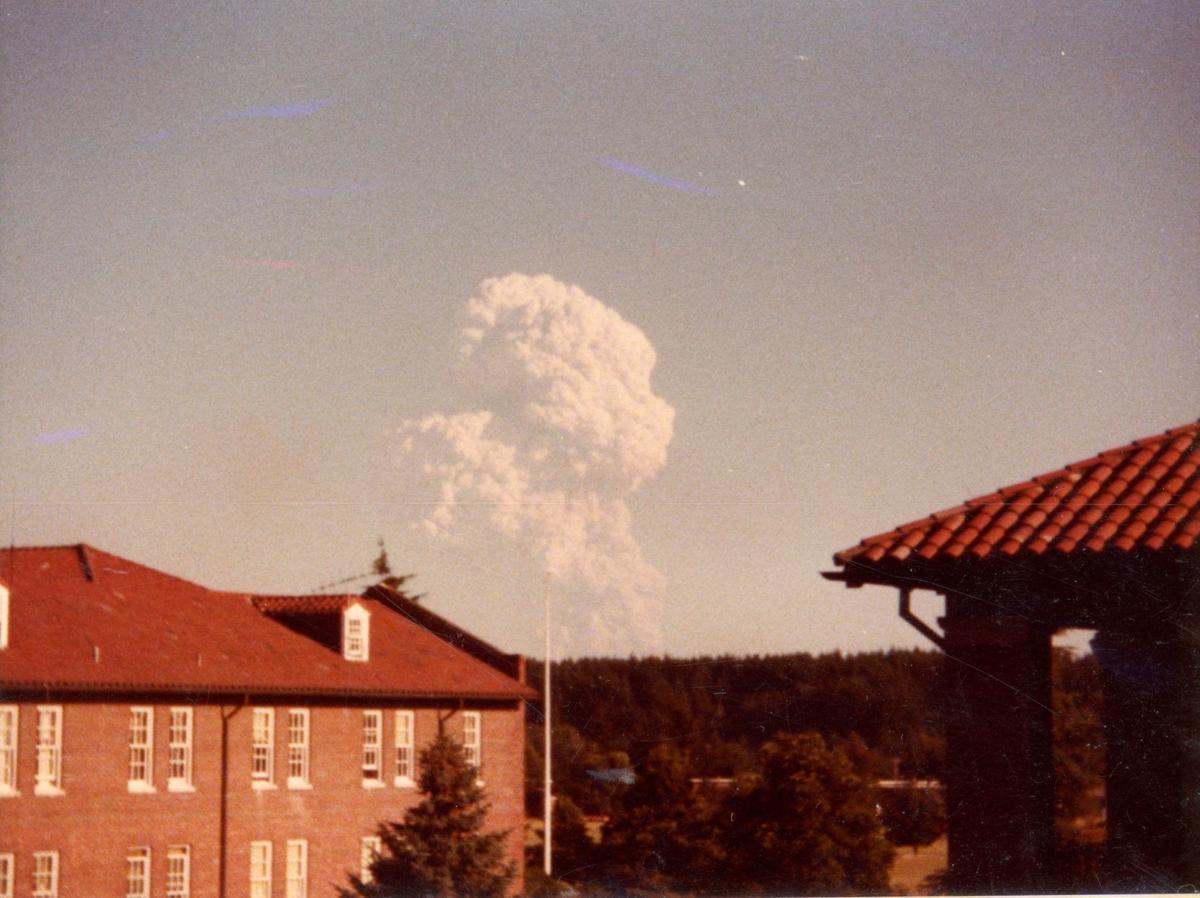 Forty years ago, a Jackson County man had just finished breakfast on a Sunday morning and was sitting on the balcony in his barracks enjoying a cup of coffee when he hard an explosion that he thought was a nuclear attack.

While it wasn’t a nuclear attack, that explosion was something that Guy Wilson still clearly recalls today. It was an experience that he has recalled many times over the years to family and friends and to area school children.

Wilson was serving in the military when Mount St. Helens erupted. The 40th anniversary of this was observed this week, on May 18, and he remembers those details clearly.

“It is amazing how quick your heart can drop,” he says. “When that cloud came up in that clear blue sky and kept getting larger and larger, we were sure it was a nuclear attack.”

At the time, Wilson was stationed at Fort Lewis, Washington, as a truck driver with the 9th Infantry Division. Part of his regular duties was the transportation of JP4, which is aviation fuel. Fort Lewis is approximately 65 miles from St Helens.

“We noticed the mushroom cloud rise into the sky,” he said. “Shortly after, the alert sirens sounded. Our sargent showed up and ordered us to the motor pool. The ones of us who hauled fuel were ordered to hook to our tanker trailers and pick up a load of fuel. We then joined a convoy at the gate and left post headed south. No one knew what happened. As far as seeing the mushroom cloud, some thought the country was under attack. Only after the convoy had gone 30 miles or so, we stopped at a rest area and were informed the mountain had erupted.”

He said ash was everywhere and the scene they found was unlike anything he had seen before.

“I remember the ash,” he said. “We were ankle deep in the ash and guys were scooping it up and putting it in bags to send home. Later they told us it might be toxic.”

The convoy Wilson was in stopped at Kelso Airport right off I-5 where they were long enough for President Carter to arrive and have his helicopter inspection flight around the mountain.

“After his departure, we packed up and headed to Toutle, Washington,” Wilson said. “We set up camp at a small air field outside Toutle. The helicopter squadron arrived and began flying search and rescue missions. After sitting up our fueling area, we were asked to ride along in the choppers to have more eyes to search for survivors. None were found in the areas we flew. There were dozens of bodies brought to a temporary morgue at Toutle. The landscape was nothing like anything I had ever seen — besides looking like the surface of the moon. The eruption dropped tons of ash in a path across Washington and states east of her. Everything was gray and the number of trees laying like toothpicks any direction you looked. The mountain erupted again on the 19th which left us covered in two or three inches of ash. We were there for a week before returning to Fort Lewis. It was an experience I'll never forget.”

Wilson served 18 months in the military before returning home. He has shared his experience during the explosion at Mount St. Helens many times over the years, including to school children at Jefferson.

“I have been to Jefferson elementary and high schools to speak about this,” he said. “I was a Scoutmaster in Jefferson. The Scouts loved seeing the pictures I have and learning about this history making escapade of Mother Nature.”