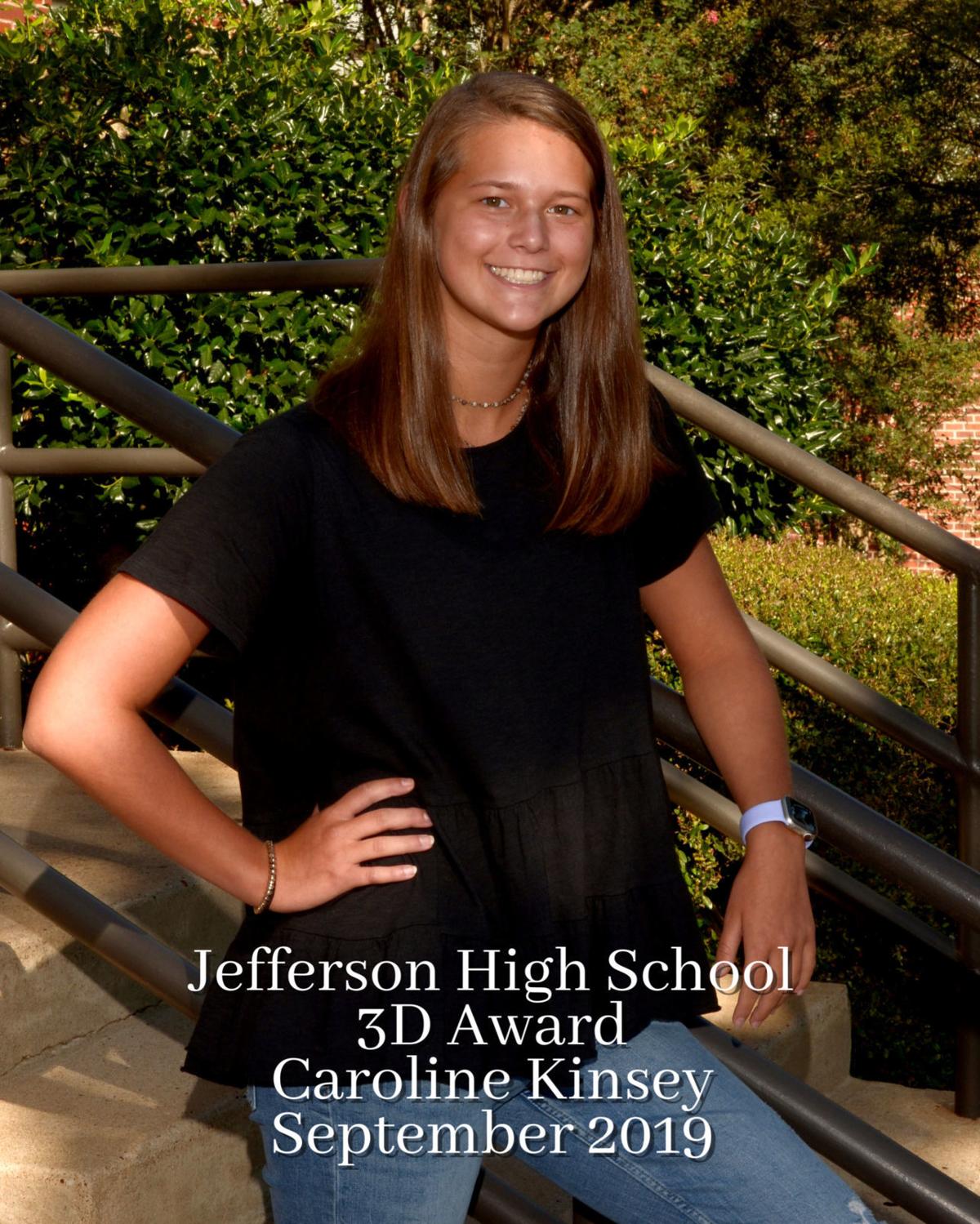 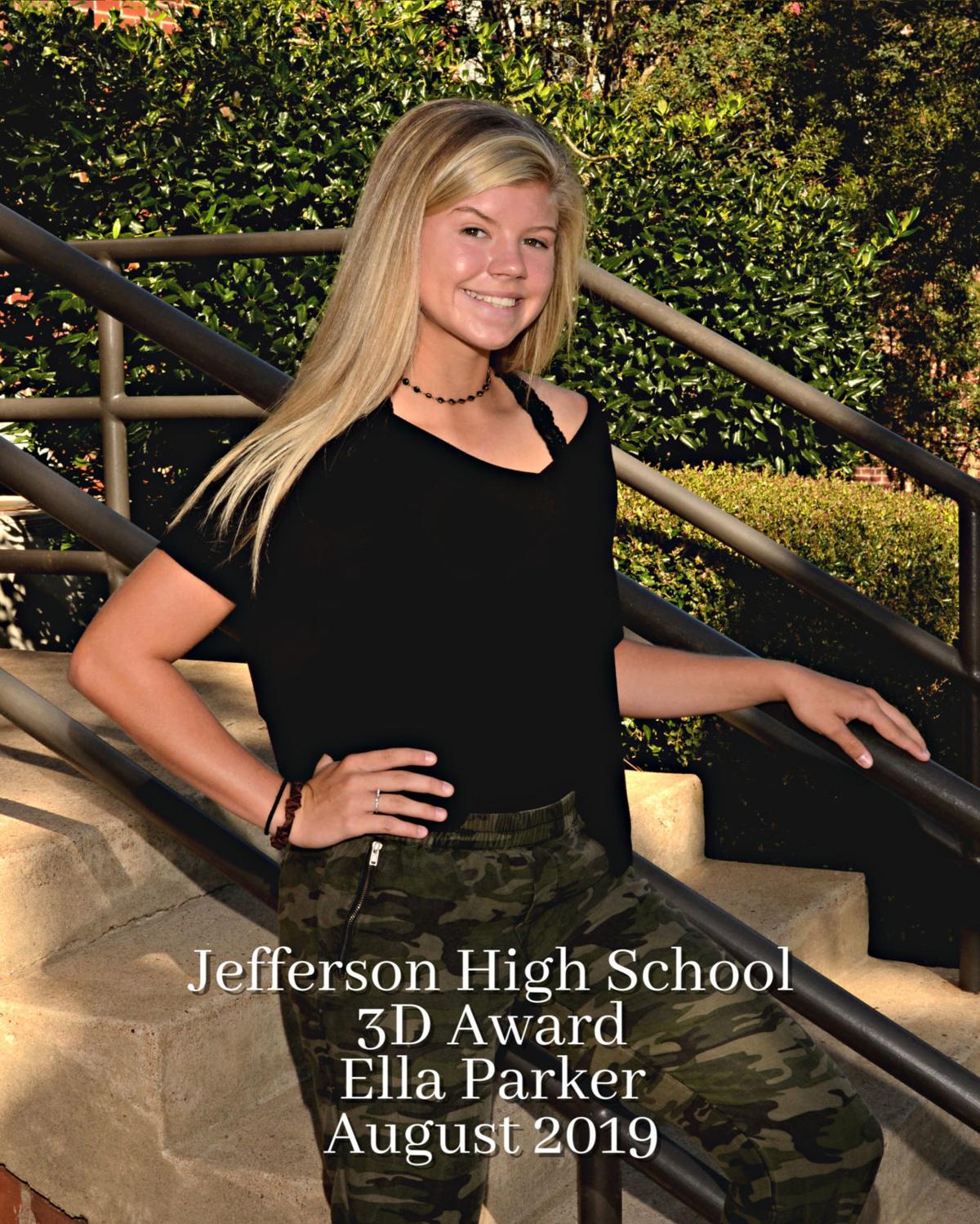 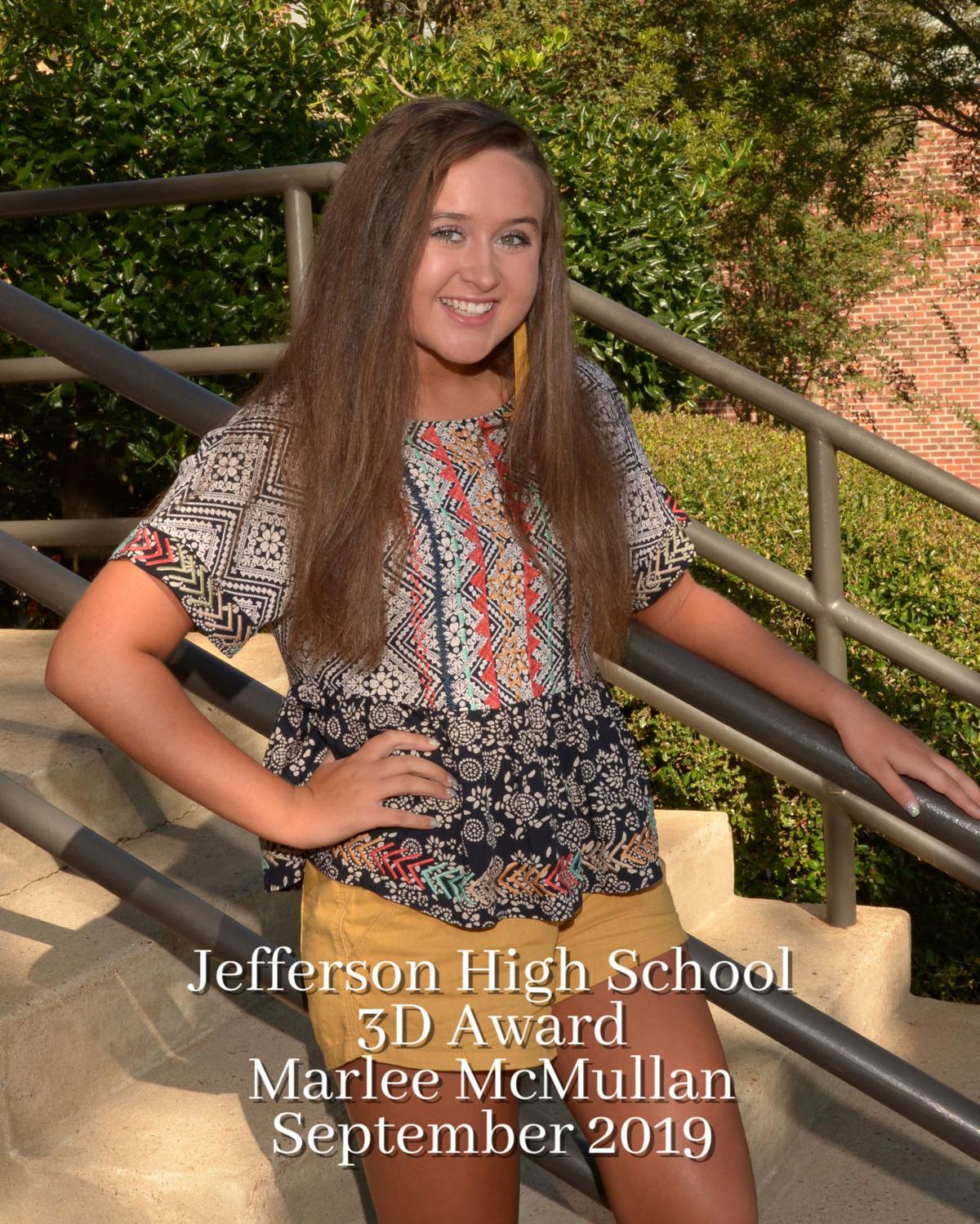 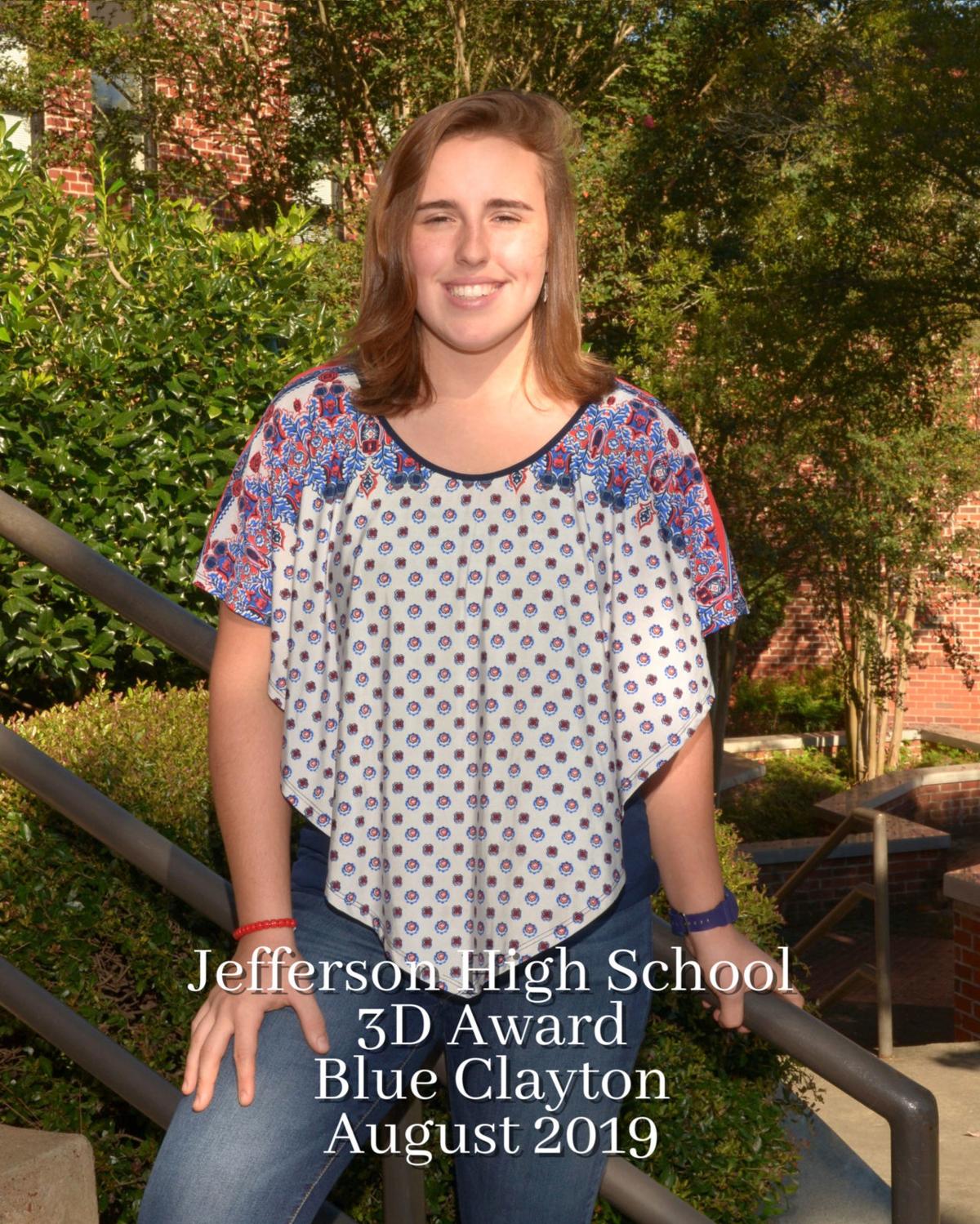 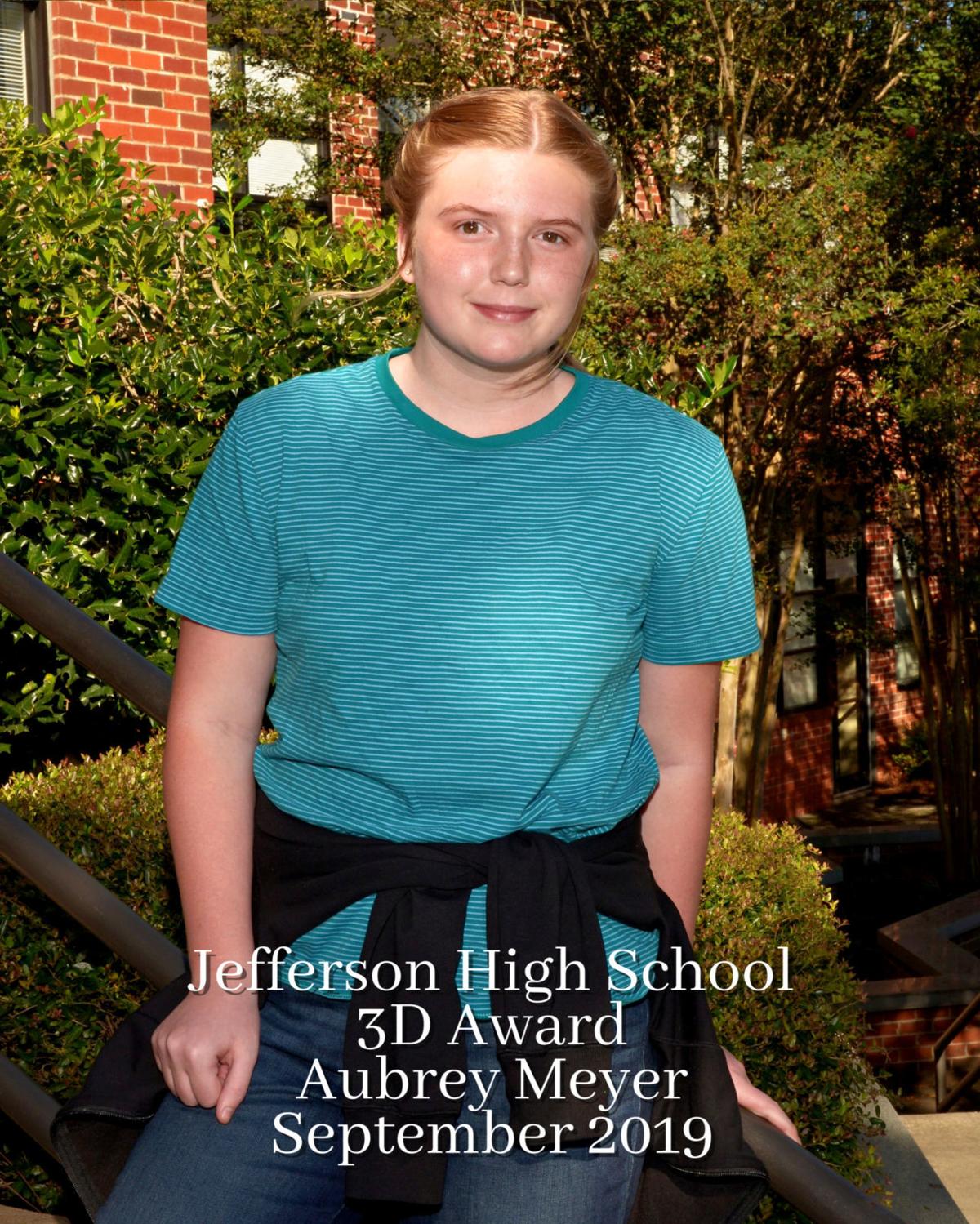 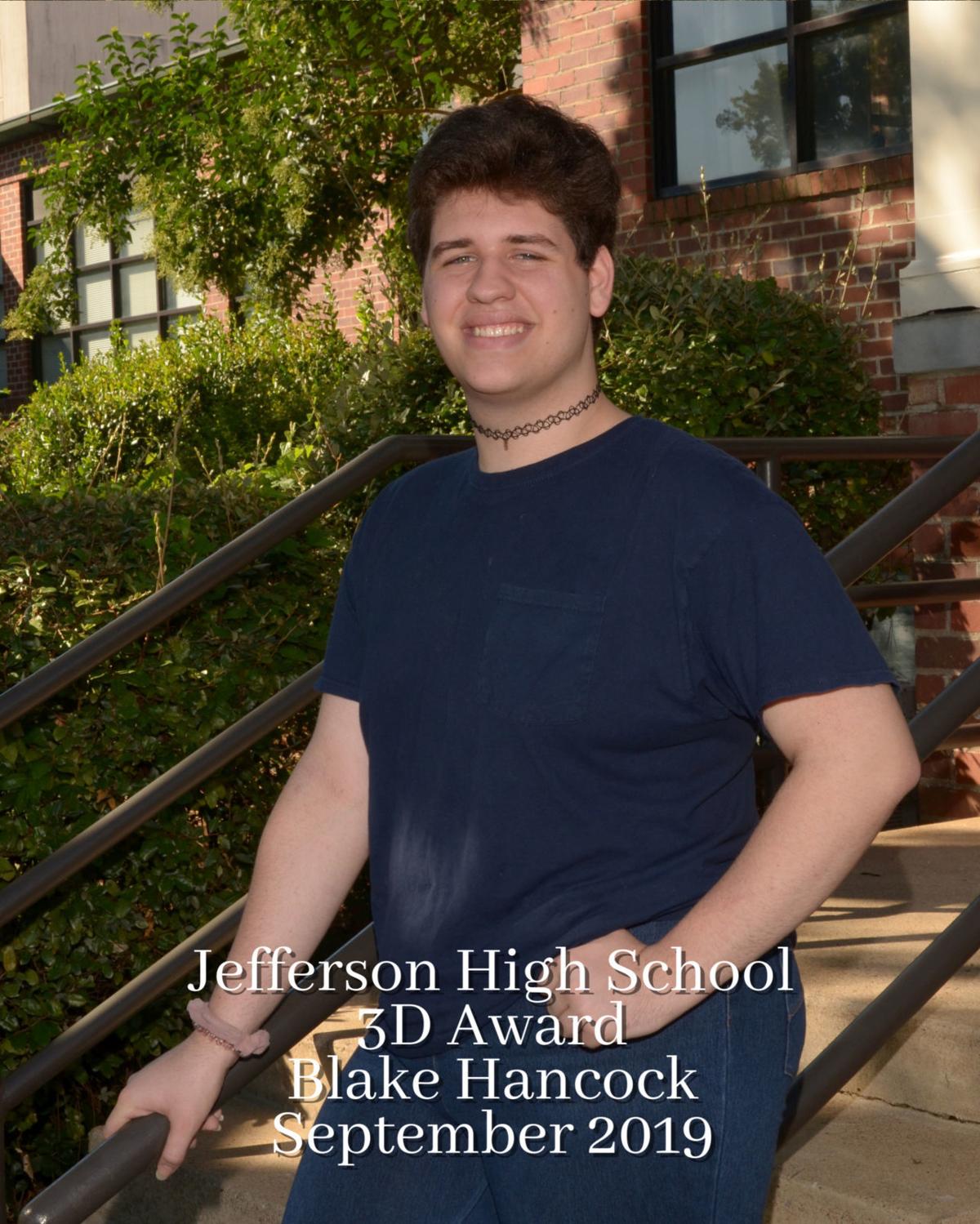 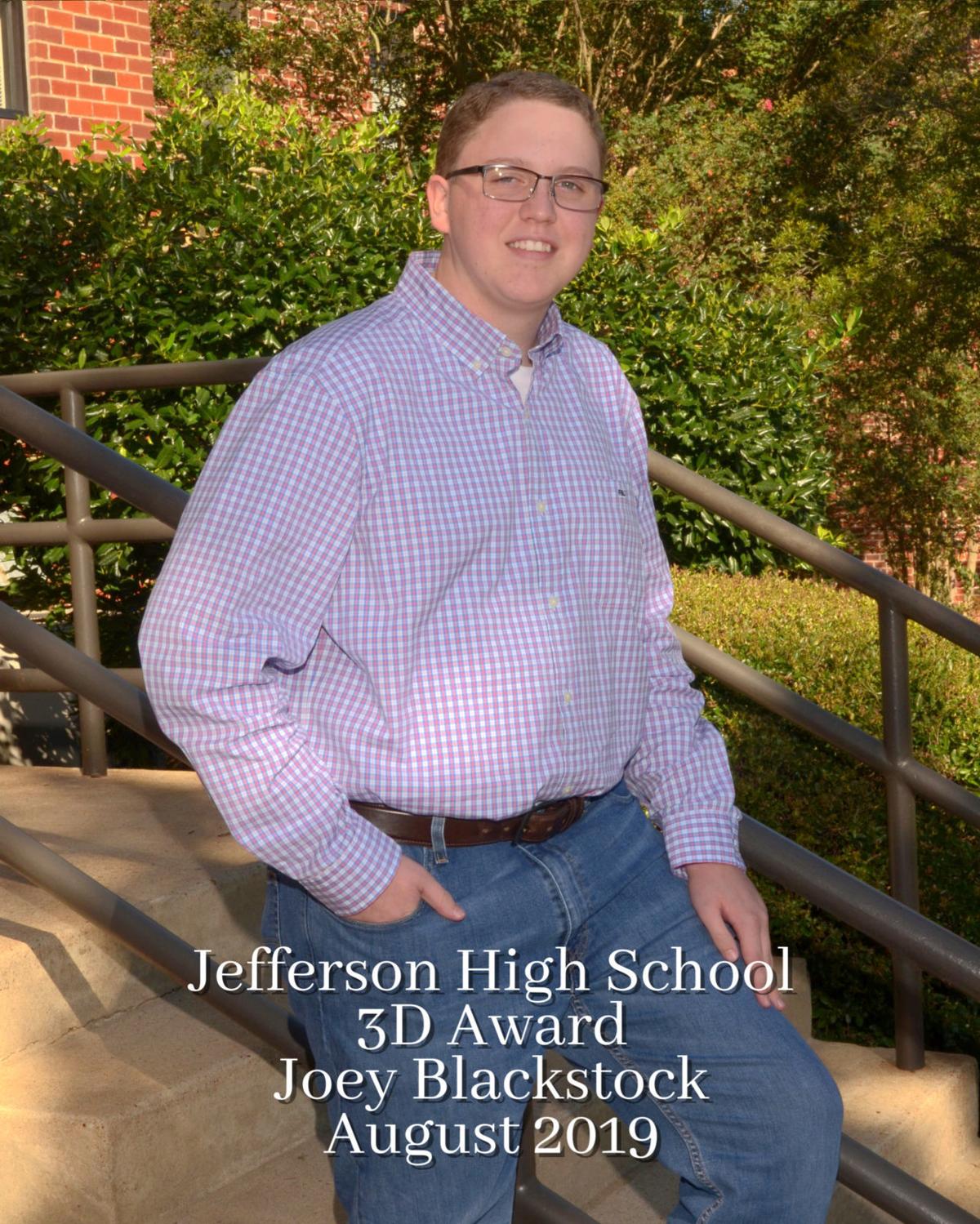 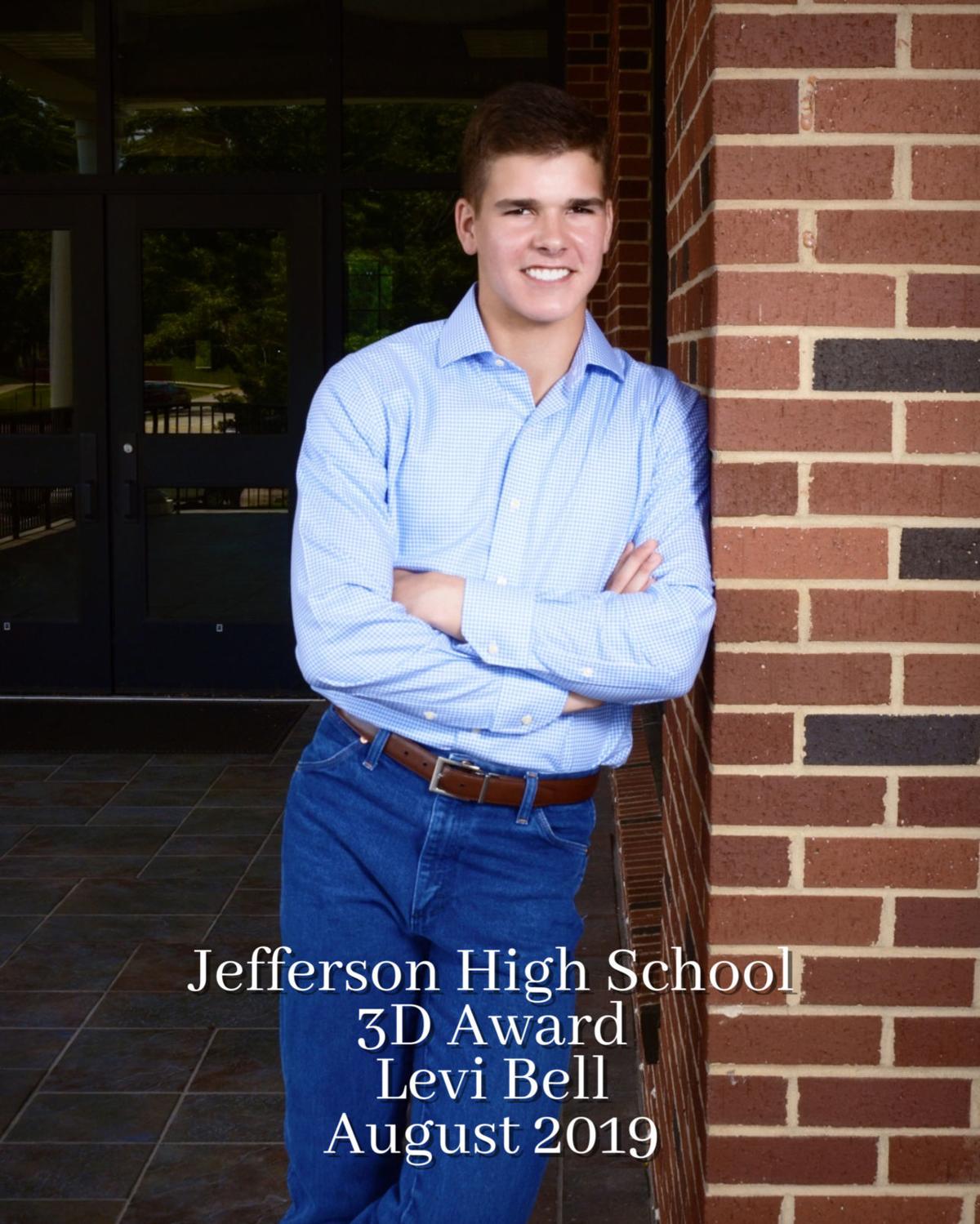 Caroline Kinsey is a 10th grader. Some of her past awards include: Howard McGlennen Award, Youth Merit Rotary Award, 3-D Award and the Chick-fil-A Character Award. Her school activities include: newspaper, FCA leader and FFA member. Her favorite school subject is agriculture. “I am really looking forward to vet science next semester,” she said. She is still in the process of making her plans for college. She is the daughter of John and Stephanie Kinsey.

Blake Hancock is in the 12th grade and his favorite subjects include Spanish and history classes. He is a Chick-fil-A and 3D (2018-2019) award recipient. Hancock plans to attend Georgia College to major in political science and to minor in women’s studies and Spanish. He is the son of Jessica Hancock.

Ella Parker is a ninth grader at Jefferson High School. Her school activities include soccer, basketball and FCA. Her favorite subjects include government and health. Her past awards include: honor roll, Howard McGlennen Award, ENCL Conference Selection Program, SE Conference Players to Watch and 3-D Award. She plans to play soccer in college. Her parents are Tom and Ashley Parker.

Blue Clayton is an 11th grader at Jefferson High School. She is the historian for the Jefferson FFA team. Her favorite subject is history. After high school, she plans to enlist in the Air Force or study teaching at Abraham Baldwin Agricultural College (ABAC.) Her parents are Kristi and Bruce Clayton.

Marlee McMullan is an 11th grader at Jefferson High School. Her school activities include participating in varsity football cheerleading, member of the Total Person Program, HOSA, MU Alpha Theta, Spanish Club and National Society of High School Scholars. In ninth grade, she received a 3-D award and was nominated for the Georgia Governor’s Honors Program in the area of communicative arts. Throughout high school, she has received straight A’s and perfect attendance. Her favorite subjects are math and science in analytic geometry and chemistry. After high school, she plans to attend college and later obtain a career in the medical field. She is the daughter of Donna and Mark McMullan.

Joey Blackstock is a 10th grader at Jefferson High School. He is an FFA officer and on the leadership council and Mock Trial Team. His favorite subjects are social studies where he enjoys learning about government. He has won the FFA-State winner in both prepared speaker and creed speaker. After school, he plans to earn a degree in agriculture communications and agribusiness at the University of Georgia (UGA.) He is the son of Joe and Jennifer Blackstock.

Aubrey Meyer, a ninth grader at Jefferson High School. She participates in the ROTC drill team. Her favorite subjects are literature and biology. After school, she plans to join the military and then a four-year college. She is the daughter of Justin and Stephanie Meyer.

Sorry, there are no recent results for popular articles.