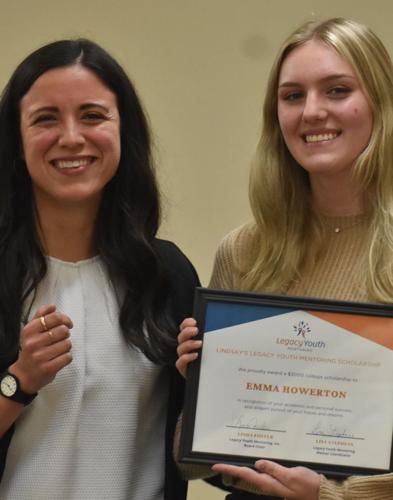 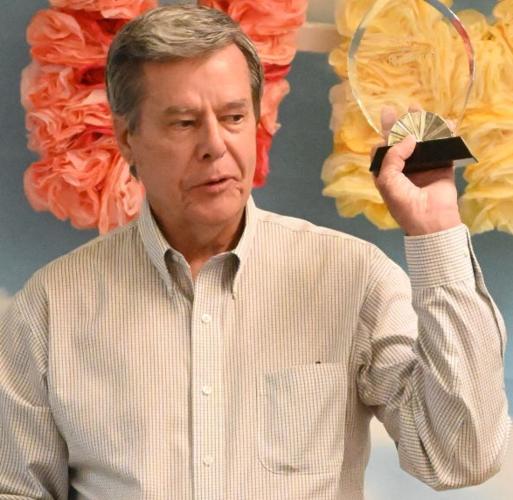 The 15 Year Legacy Maker Award was presented to Ray Zwemke. 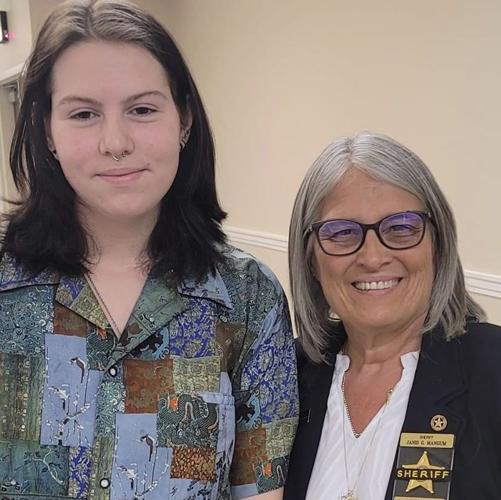 The 15 Year Legacy Maker Award was presented to Ray Zwemke.

Community members from across Jackson County gathered at the Jefferson Civic Center on Thursday, April 21, for the Legacy Youth Mentoring Gala.

Legacy Youth Mentoring, also known as Lindsay’s Legacy Mentoring, Inc., hosted its annual Gala for the first time in three years due to the pandemic. Legacy Youth Mentoring has been serving the students of Jackson County for 17 years, pairing students with mentors in all three of the school districts. With over 400 participants at the Gala, students and mentors had the opportunity to see what a tremendous impact the organization has on the county, not just at one school alone.

The theme of the Gala was based on the book "The Kite That Bridged Two Nations" by Alexis O’Neill. The book tells a story of a boy named Homan Walsh, who was the first person to fly a kite across Niagra Falls, paving the way for the first bridge to be built. Legacy Youth Mentoring is building bridges in Jackson County between students, schools, and the community.

Another overarching theme of the event was, “With mentoring, all things are possible.” Former mentee Kelly Weeks spoke in recognition of how the program changed her life for the better and credited her mentor for where she is in life. Speaking in reference to her mentor, Kelly said, “I like to say when I got Katelyn, I not only received a mentor, but I got a friend who I know I can turn to always.”

Jackson County School System Superintendent Dr. April Howard gave the keynote address making reference to the historic story and how each mentor and mentee has the power to make a difference in the lives of others. Dr. Howard stated, “Everyone has a story, and everyone’s story is like a quilt of life experiences sewn together with the threads of important people who have impacted our lives.” She went on to say, “Each of our stories are a little bit like Walsh. We start with childlike dreams. Then we are touched by experiences and people who impact the course of our lives and write our story. Each day, we also impact others and may be a part of their story. So we should be thoughtful. We should be careful with our words and thoughts.”

Kendall Sims, CEO of the Jackson County Boys and Girls Club, spoke on the importance of community partnerships and the power of the community working together to achieve one goal. Kendall recalled that there had been over 150 students go through the Boys and Girls Club that had been a part of the mentoring program.

Legacy Youth Mentoring recognized mentors for 5, 10 and 15 years of service.

The following awards were given:

The Jack Lindsay Memorial Scholarship was presented to two recipients, Ruby Crim of East Jackson High School, and Emma Howerton of Jackson County High School in the amount of $2,000.

To learn more about Legacy Youth Mentoring or to become a mentor, visit https://legacyyouthmentoring.org.