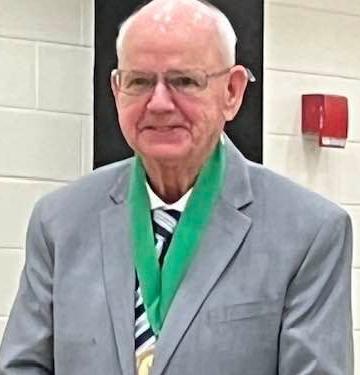 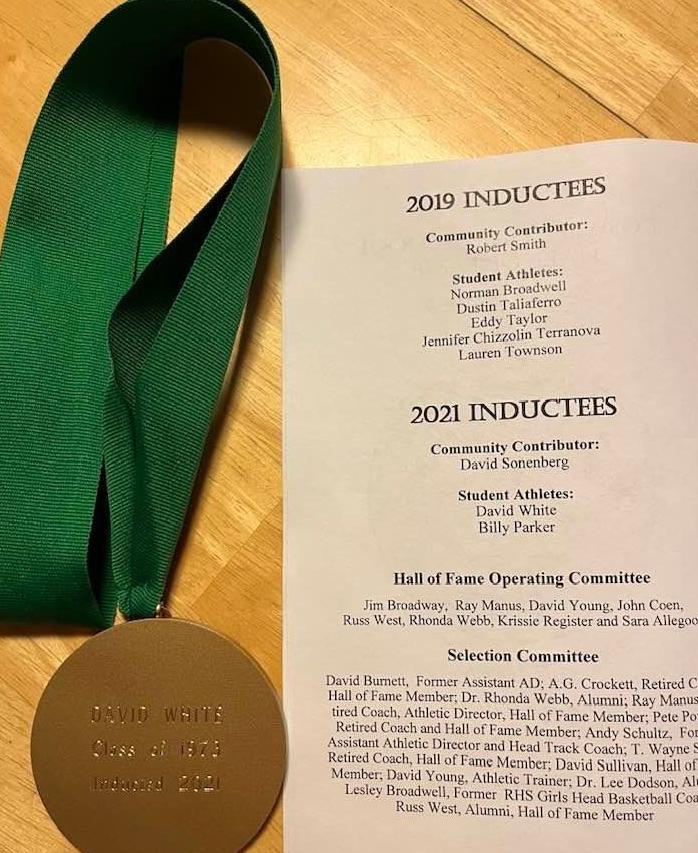 David White, a long-time teacher and coach in Jackson County, was inducted into the 2021 Roswell High School Hall of Fame Class on December 16.

A 1973 graduate of Roswell High School, White earned this honor due to his numerous records and achievements during his tenure at Roswell. Some of his accomplishments include earning a total of eight varsity letters in Cross Country and Track, and being the first Roswell runner to run the 880-yard dash in under two minutes. He qualified for the State Track meet in his 10th, 11th and 12th grade years in the 880-yard dash, placing fourth place twice and third place as a senior.

white was senior year Region Champion and Fulton County Champion in the 880-yard dash. Upon graduation, he held the 880-Yard Dash Record, the Mile record, and was part of three separate relay teams that achieved records.

White was the first student to receive a Track and Cross Country scholarship to Berry College.

During his junior year, White was hospitalized, and an exploratory surgery found that he had been born with three kidneys and two urinary bladders. One of the kidneys had ceased to work causing him extreme pain. This led to two major surgeries, one in October of his junior year to remove the extra kidney and one in the summer before senior year to remove the extra bladder. In spite of this setback, David showed courage and commitment as he continued to run and make an impact on the team.

At graduation, the faculty elected him to receive the Dan Forth I Dare you Award, which is awarded to those who demonstrate strong leadership qualities.

White went on to run for the Berry College team in Cross Country and Track for four years, lettering in both sports each year. His Berry College Team was NAIA District 25 Champions all four years.

After graduating from Berry College, White attended Georgia State University, obtaining his Master’s Degree. He began teaching in Jackson County in 1979, establishing a career that would span over four decades.