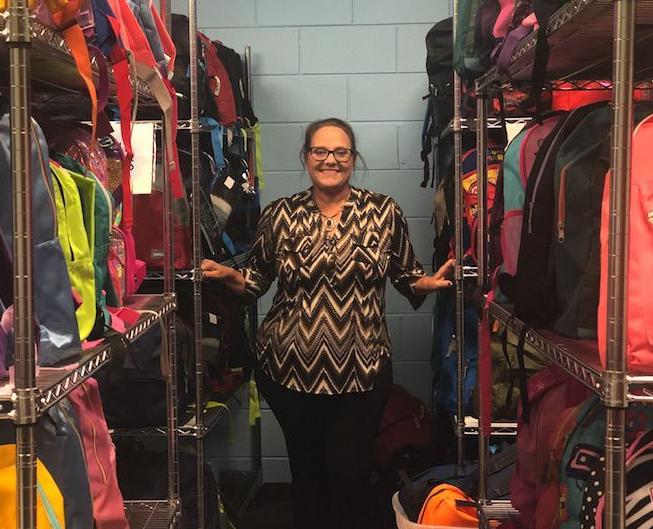 Misty Manus, executive director of Adventure Bags, is shown with some of the backpacks provided to children in need. 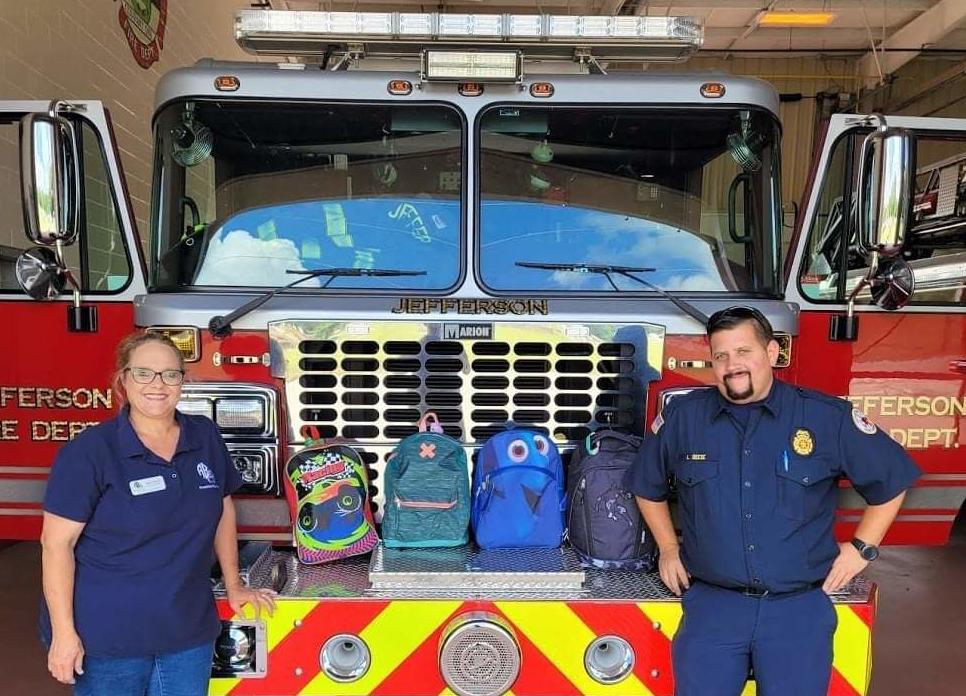 The Jefferson Fire Department recently teamed up with Adventure Bags, Inc., a nonprofit that provides backpacks filled with comfort and hygiene items for children in crisis. 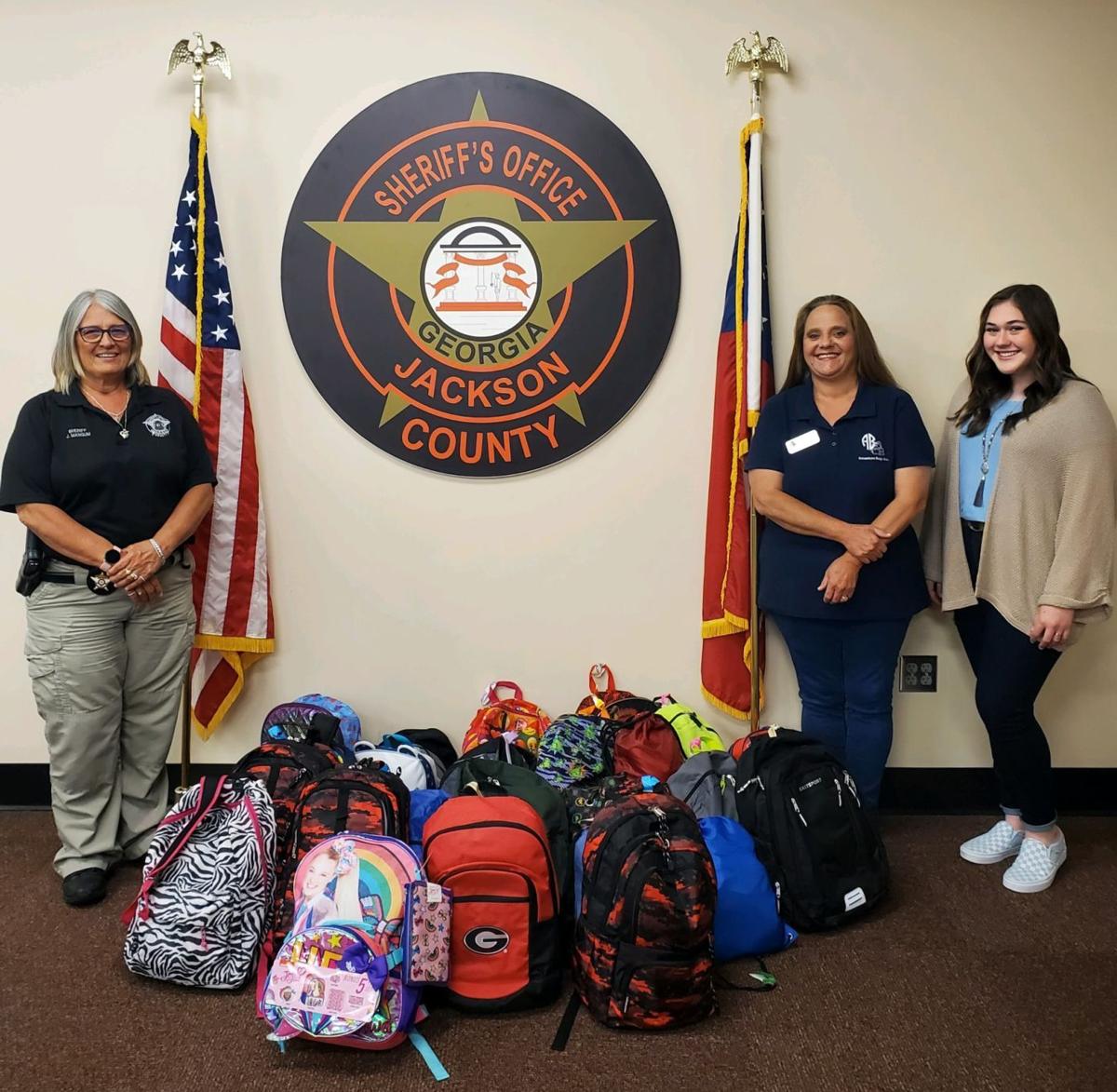 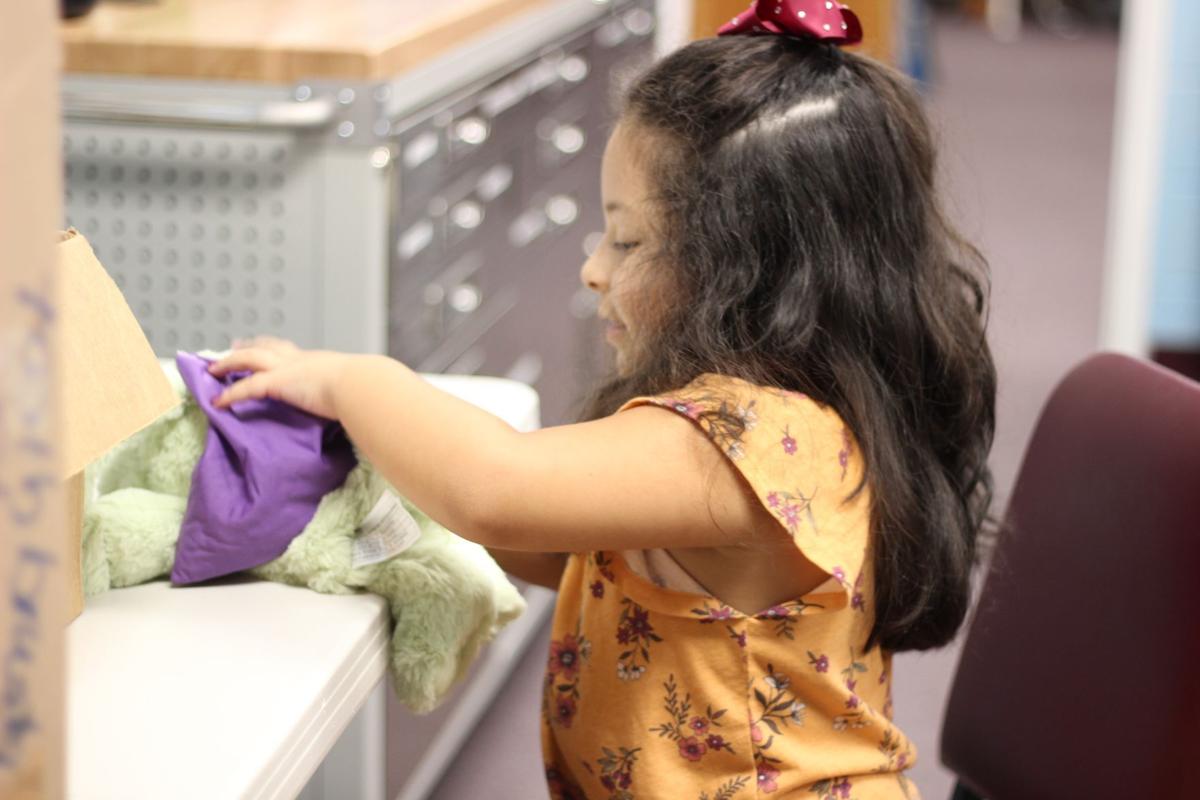 A young volunteer, Holly, helps fill the Adventure Bags that will be given to children in need throughout the community.

Misty Manus, executive director of Adventure Bags, is shown with some of the backpacks provided to children in need.

The Jefferson Fire Department recently teamed up with Adventure Bags, Inc., a nonprofit that provides backpacks filled with comfort and hygiene items for children in crisis.

A young volunteer, Holly, helps fill the Adventure Bags that will be given to children in need throughout the community.

A backpack may not seem like much to most people, but for some children, it’s all they have. A local nonprofit, Adventure Bags, is expanding its reach in the community, getting backpacks filled with essentials and comfort items into the hands of children in crisis situations.

FINDING THE NEED, HELPING THE COMMUNITY

Since its start, Adventure Bags has served over 40,000 children across the state of Georgia. The group assists in 145 counties and partners with over 150 agencies.

Before the pandemic hit, 80% of the nonprofit’s service area was through DFCS sites.

“The pandemic did affect us serving DFCS because the brick-and-mortars were closed down, staff was not coming into the offices,” said Adventure Bags executive director Misty Manus.

Manus noted they had to find alternative ways to get backpacks to the children who need them.

The group started the "Help Us Help Heroes" program at the beginning of this year, a program funded through local churches. Adventure Bags had already been working with the Barrow County Sheriff’s Office for several years, but the new program allowed the group to expand into Jackson County.

Bags filled with essential items and comfort items are provided at no cost to participating public safety agencies to give to children in need.

“At the end of the day, our first responders — whether it’s a DFCS case, whether it’s an auto accident — they are on the front lines,” Manus said. “They are going to get to those kids before anyone else.”

Adventure Bags was founded in 2011 by Debbie Gori, after her daughter went to Los Angeles to pick up three siblings who DFCS had obtained custody of. When Gori’s daughter and her coworkers got there, they noticed the children’s belongings were packed in a black trash bag.

“She had heard about the black trash bag story…but she had never actually physically seen it,” said Manus. “And it just kind of hit her the wrong way.”

As they got ready to board the plane, one of the children had an asthma attack and the group couldn’t board until they got medical clearance and wound up staying overnight in a hotel. The children had some belongings in their bags, but not everything they needed for the night.

“What was supposed to be a red-eye flight out there and back turned out to be an overnight stay,” Manus said. “So she and her co-workers went through the airport to the gift shop and put together backpacks with overnight essentials and comfort items for these three kiddos.”

The next morning, the children packed up their old and new belongings in their backpacks. One of the children was “so proud of her new backpack,” Manus said, and the bag was almost as big as she was.

“(Gori’s daughter) had to hold the loop at the top so she wouldn’t topple over with the backpack on her,” Manus said.

When they returned, Manus said the daughter went to Gori and told her about the heartbreaking situation.

“They both agreed that no one’s belongings should be in a black trash bag, but especially children going through a traumatic situation,” said Manus.

Gori took the idea and ran with it and was a “one-woman show” for eight years. “She built this organization with the help of her board and lots of volunteers and the community,” Manus said.

Gori passed away in 2019 after a short battle with lung cancer that was discovered after a fire in the former Adventure Bags' facility.

“It was through the fire that they found her lung cancer,” said Manus. “She ran back in. She was trying to save the products.”

Prior to Gori’s passing, she had asked Manus to take over the nonprofit. Manus had been working with the organization since its beginnings, serving behind the scenes as a fundraising coordinator.

“I was honored to be successor,” said Manus.

Manus has seen first-hand the impact these bags have on the children who receive them. She and her husband fostered for 10 years and Manus recalls giving a 9-year-old boy one of the bags.

“He looked and me and said, ‘do you mean this is mine and no one’s going to take it from me,’” Manus recalled. “In that moment, it really clicked that this is his. No matter where he goes, no matter what he does, this and his contents belong to him.”

Manus said the bag doesn’t just help the children. It also gives foster parents, case managers, first responders and families a way to comfort and connect with the child(ren).

“Adventure Bags as a whole, we don’t want the glory. We want to be able to empower whomever is working directly with these children,” Manus said.

Manus said the group is always looking for volunteers.