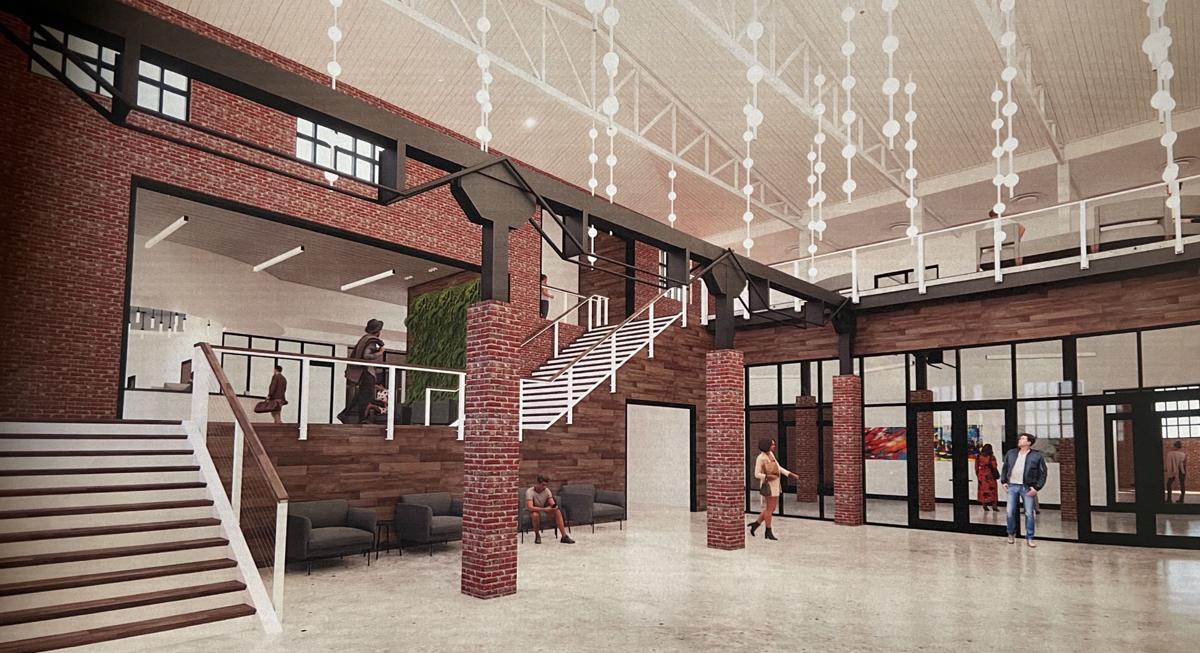 Shown is a preliminary design of a potential atrium in the Commerce Civic Center. Renderings by Goodwyn Mills Cawood 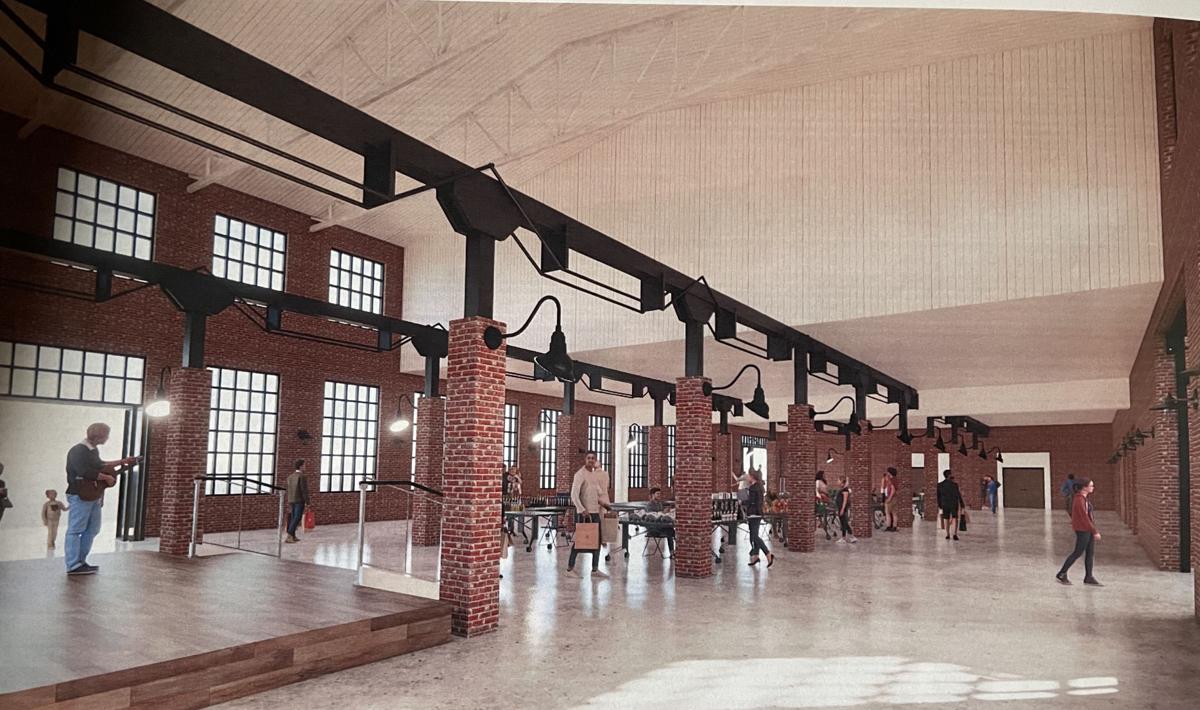 Shown is the main event space. 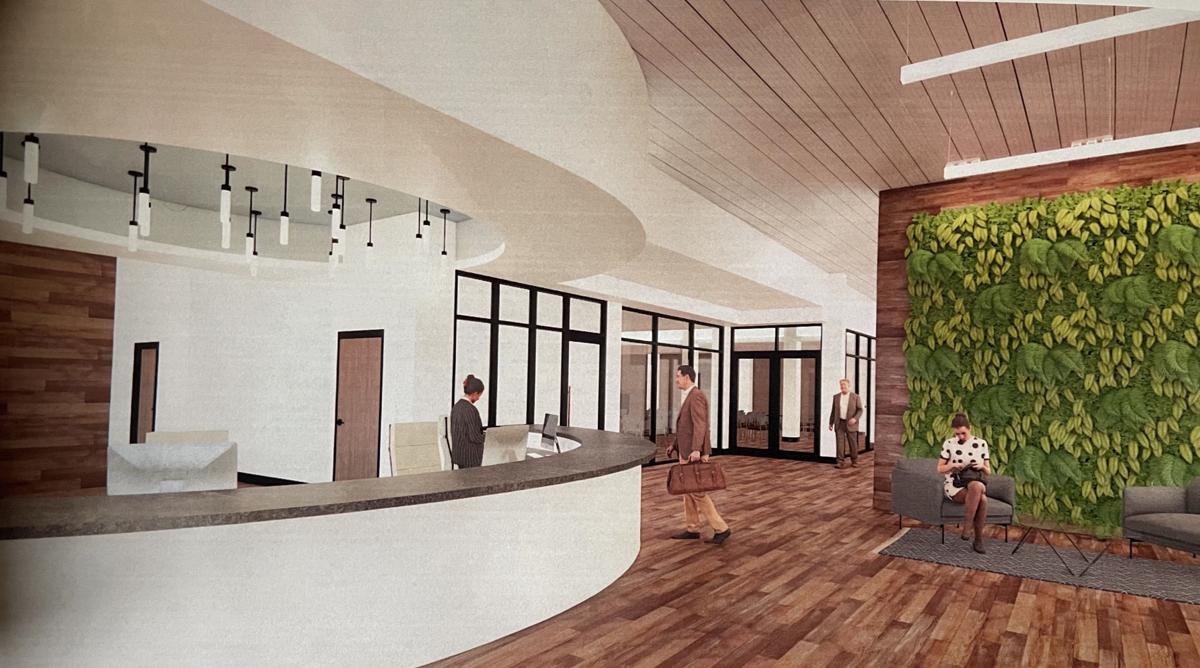 Shown is the front reception area.

Shown is a preliminary design of a potential atrium in the Commerce Civic Center. Renderings by Goodwyn Mills Cawood

Shown is the main event space.

Shown is the front reception area.

Commerce leaders got a first look earlier this month at designs for a potential rehabilitation of the town’s civic center. Representatives from Goodwyn Mills Cawood (GMC) presented renderings of the project at the Commerce City Council’s Nov. 15 meeting. Discussions are preliminary and the project has not yet been approved.

City manager James Wascher said the current special purpose local option sales tax referendum includes some funding for the civic center. He added the intent was to update some of the rooms and install a new elevator to replace an outdated one. But contractors and city staff discovered that issues with the historic, large building extended much further than that.

“Due to this, council tasked staff to work with some architects and engineers to get an assessment completed on the building as well as a couple options for a future use,” Wascher said in an email. “The Civic Center is a very old and historic building. It is a staple in the city; however, we found it needs significant repairs to electrical, plumbing and, in places, the structure. Also, the kitchen needs total replacement or removal as most of it does not work correctly. To address all the issues properly, we will need to open all the walls, floor and ceiling then replace them.”

Wascher said that led the city to begin working with architects on concept plans for the civic center.

GMC presented two options to the council at the Nov. 15 meeting. The first includes rehabbing the building and continuing to use the entire facility as event space. The second option is a more intensive project and includes a mixed use of event space and a new (relocated) City Hall.

Both proposals include the rehabilitation of the Civic Center’s basement, a large space that is not being used. Both also include the addition of warming kitchens, restrooms, lobby/pre-event space and storage.

Highlights from each plan include:

In both scenarios, most of the larger event spaces could be temporarily subdivided with partitions to allow more flexibility on event size.

If the facility is repurposed for the Civic Center/City Hall combination, the existing City Hall could be converted into a new Commerce Police Department headquarters. That move would allow the Commerce Fire Department to expand into the remainder of the building currently shared by the police and fire departments.

“I’ve got one employee now who doesn’t have an office. I have no where to put them… As we start to grow as a city, we’re going to need to eventually start adding more staff. We have nowhere to put them,” Wascher said, adding the move would also help centralize city offices.

Wascher plans to get additional information to the council on the cost of the project. Council members also asked for a comparison of building a new city hall facility versus repurposing the Civic Center.

“The cost of either scenario is still being developed. I presented a worst case estimate of $9 million (for just the building),” Wascher said in an email. “While it is a big number, there are a lot of things that can help to decrease it. The financial piece is what I am working on now. I will have more information on that in the coming weeks.”