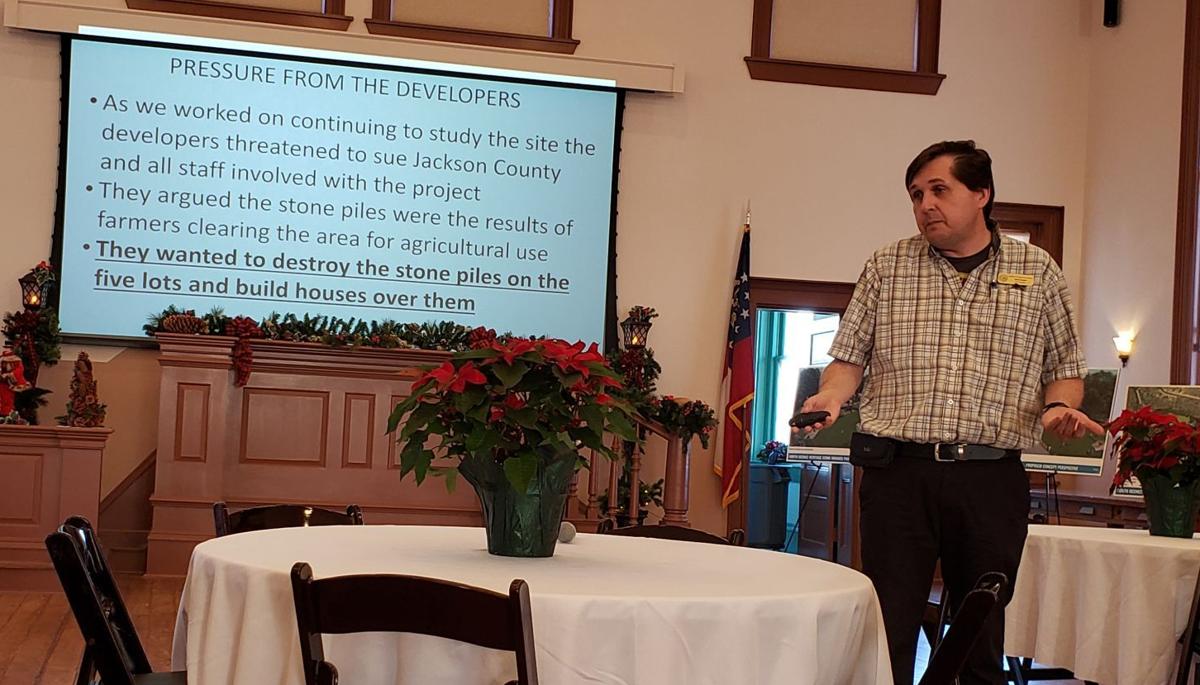 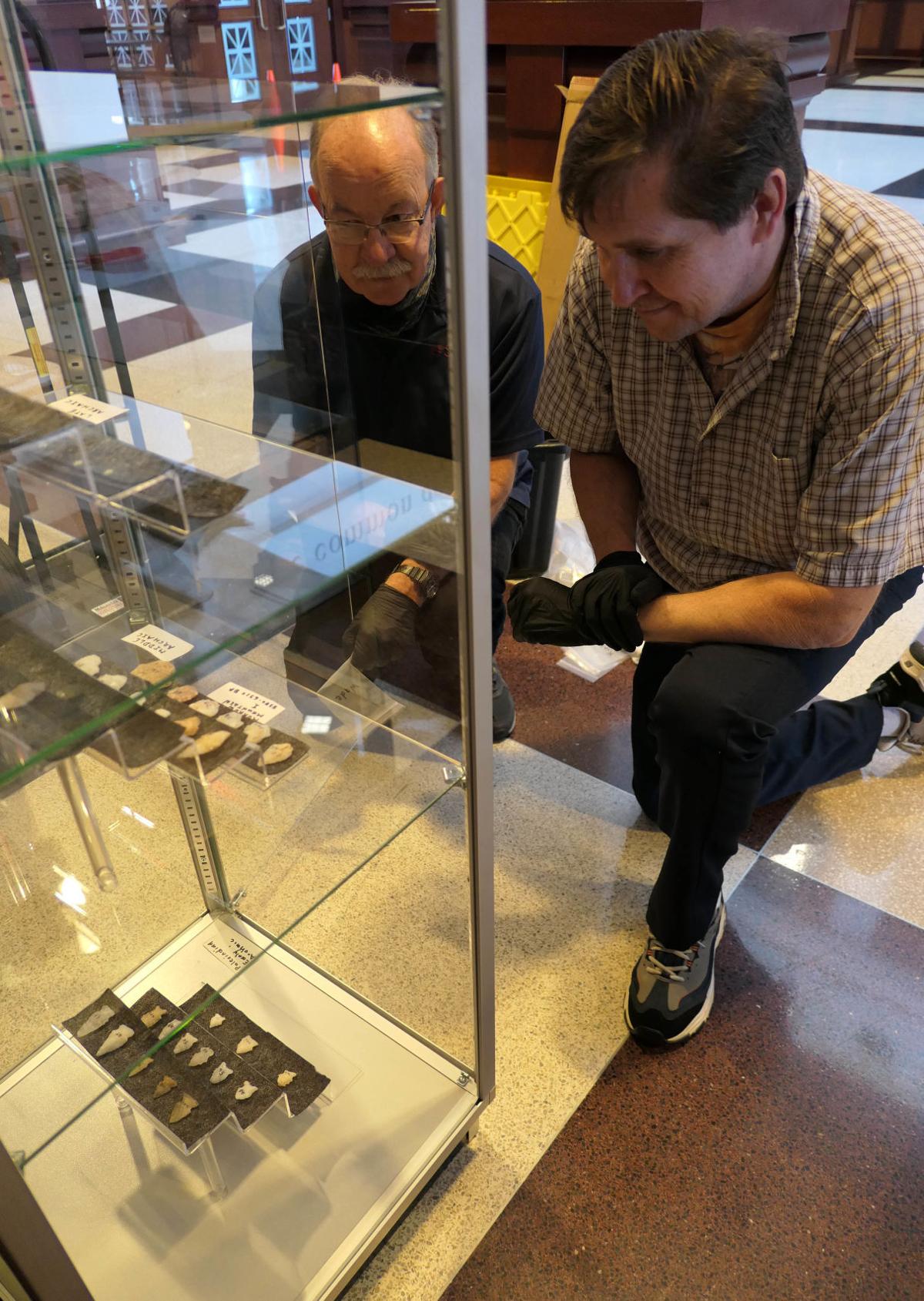 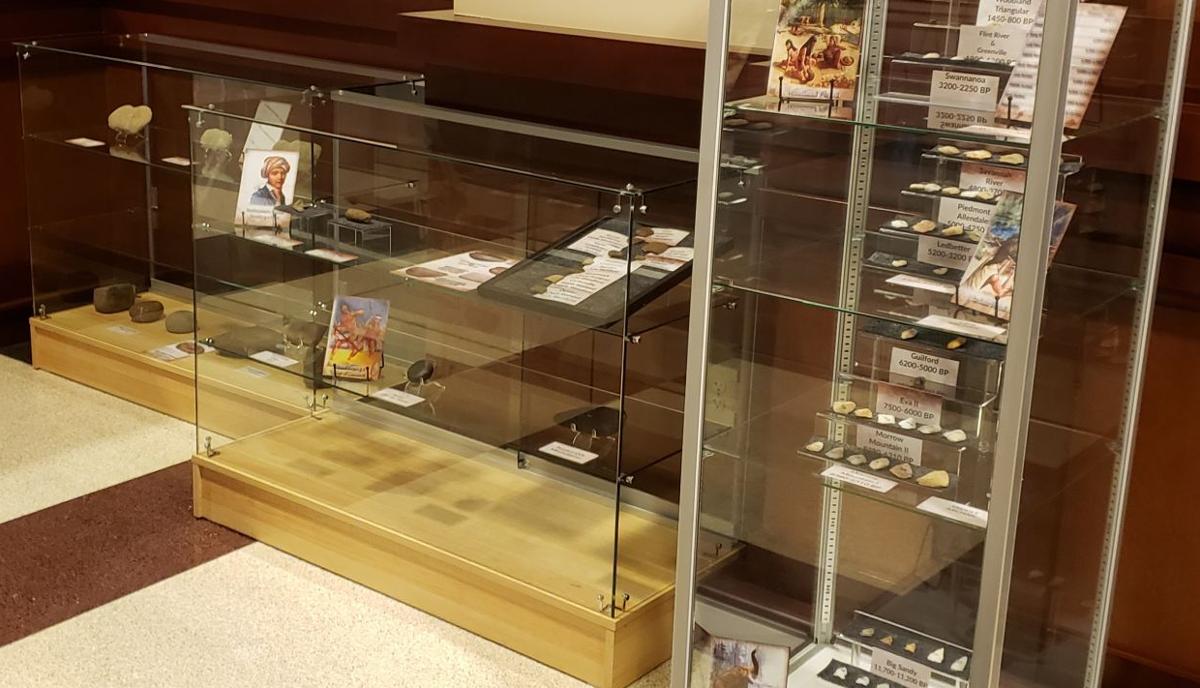 The new display of Native American artifacts at the Jackson County  Courthouse. 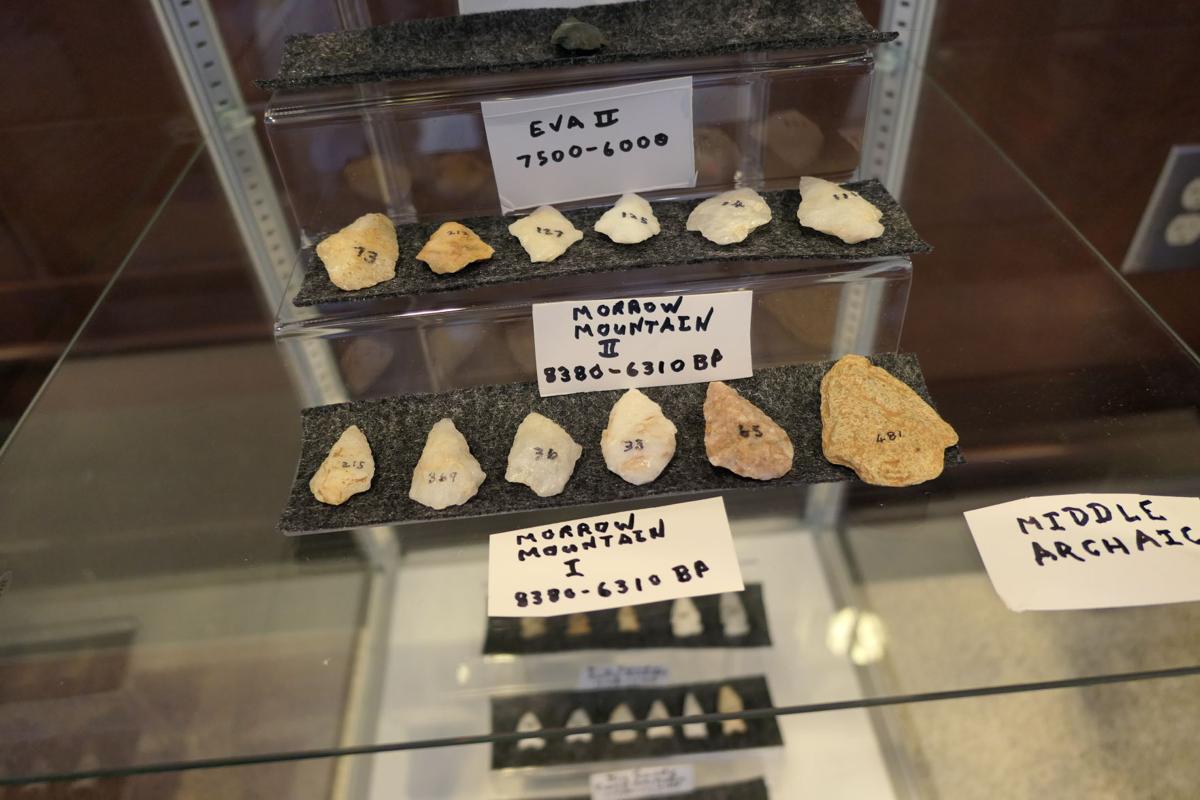 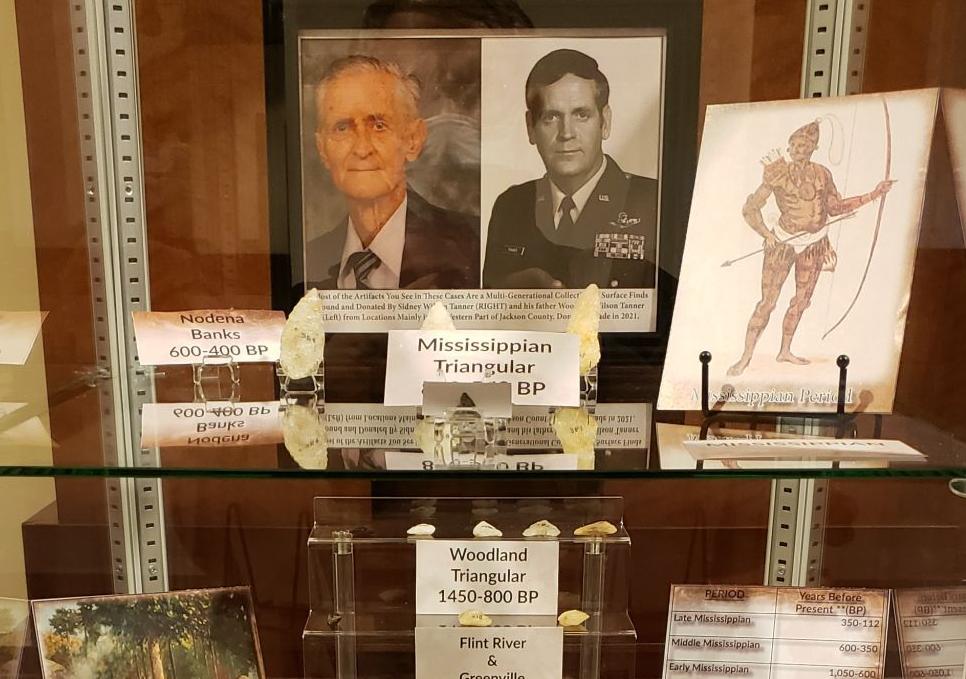 The Tanner Family donated a lot of Native American artifacts to Jackson County which are now on display for the public to see.

This stone ax was donated to the county by the Tanner Family.

The new display of Native American artifacts at the Jackson County  Courthouse.

The Tanner Family donated a lot of Native American artifacts to Jackson County which are now on display for the public to see.

This stone ax was donated to the county by the Tanner Family.

Most of what has been known about Native American history in Jackson County has been legends. Many of those legends were passed down in the late 1800s and early 1900s when G.J.N. Wilson wrote his book, The Early History of Jackson County, in 1914.

Later historians dismissed much of Wilson's work as largely fantasy and the real history of Native Americans in Jackson County remained mostly lost to time, or hidden away in obscure academic papers.

Recent archeological work in the county has begun to uncover some of the county's long Native American history.

In the past few months, the county government has moved to buy two tracts of land on opposite sides of the county for parks — and both have direct links to Native American history in the county.

County GIS director Joel Logan outlined the status of both parks and their ties to Native American history when he spoke to the Jackson County Historical Society on Dec. 14.

The Jackson County Board of Commissioners bought 65 acres off of Pocket Rd. in West Jackson last April for a passive, greenspace park. But it turns out that the property's owners, the Tanner family, had long collected arrowheads and other Native American artifacts from the area.

Recently, Sidney Tanner donated to the county his and his late father's (Woodrow Tanner) collection of Native American artifacts. Those artifacts were studied by archeologist Dr. Johannes Loubser, who curated the collection for the county. It is now on display at the county courthouse outside the office of probate judge.

Logan said he hoped more families would come forward with artifact collections from the county that could be studied and also put on display for the public to see.

As exciting as that find has been, another site on the opposite side of the county may turn out to be a major archeological site for the Southeast.

The county is currently in the process of buying land near Nicholson that contains around 58 rock effigies built by Native Americans.

But the site was almost lost to growth when a subdivision developer wanted to build homes on a major part of the site.

For eight years, Logan said he had been working to protect the site, which sits as part of the River Glen subdivision development and on a neighboring tract.

But that was wrong.

In 1967, the site was studied and catalogued by another archeologist. That was done during a time when the federal government discussed building a reservoir on Curry Creek.

But that 1967 study remained locked away and out of public view until recently.

After learning of the site, Logan and others began doing some preliminary work there with leaf blowers and rakes in a bid to revel the rock mounds. He also took drone images to get the outline of the shapes involved.

But the developer wanted to build on the five lots involved and said the rock piles were the result of farmers having cleared fields. Without evidence of a burial site, the county couldn't stop him. So the county hired an archeologist to probe the mounds where they eventually found human remains in 2019.

That stopped the development of the site and eventually, led the county to begin the process of buying the property and a neighboring site totaling around 30 acres. (Both purchases are in process now.)

The county plans to develop a park around the rock mounds.

Logan said he doesn't know what the mounds mean, or why they were built. Some have animal shapes while others are geometric in design.

"It's a very mysterious site," he said.

Logan noted that the site is likely related to the more well-know Rock Eagle site in Putnam County. And there are other rock mound sites around the South, but many have not been studied very much.

Logan said one of the interesting things is that the mounds were built late in the Native American era, likely between 1400 and the 1600s.

As for who built them, Logan said that isn't clear. The area was mostly inhabited by tribes affiliated with the Creek Indians, but there was some Cherokee influence in the area as well.

Logan said that because of what Jackson County found at the site, the state DOT and other agencies have altered their plans when it comes to rock mounds and construction zones. The Jackson County site has raised awareness of the extensive history of Native Americans in the state. 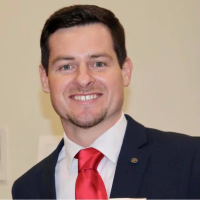 Great work! Now to unlock the mystery of the Winder Wog!