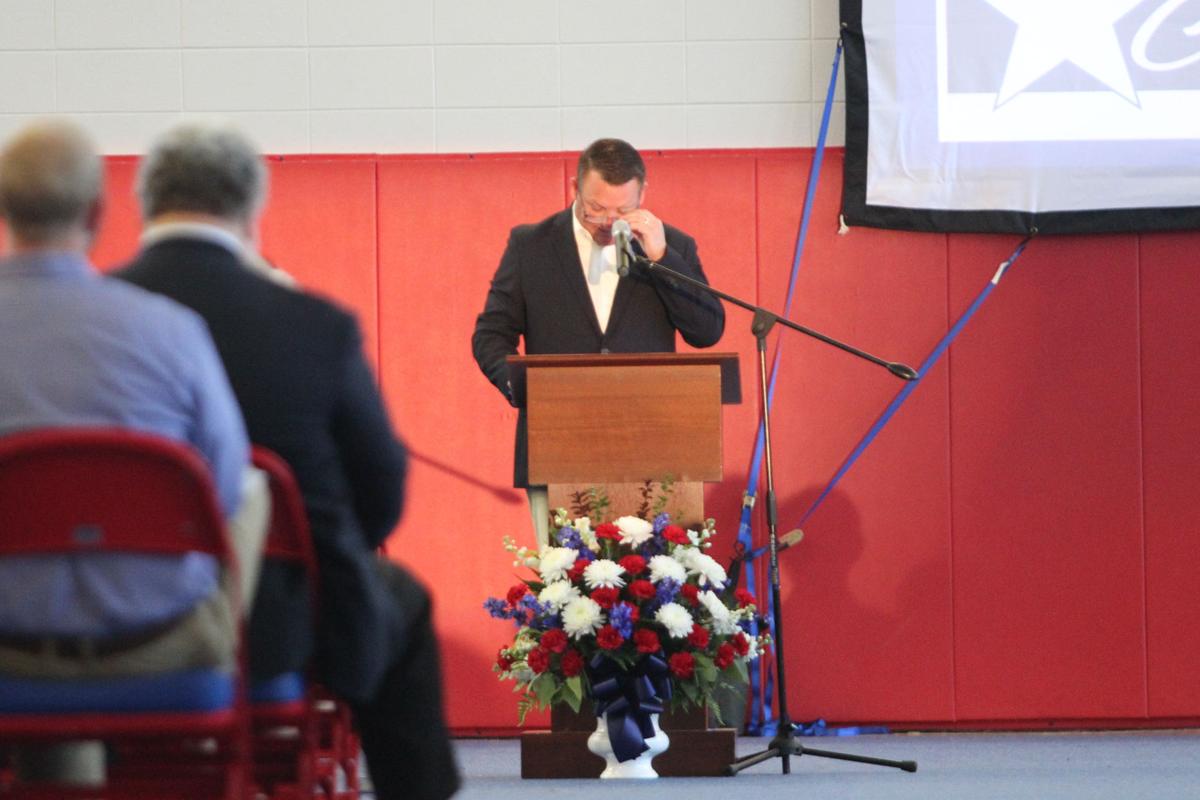 Coach Keen’s son-in-law, Chad Cheatham shared a special bond with his father-in-law as he delivered a heartfelt eulogy, reminiscing on memories made traveling out West, including their shared love for roadmaps of each state. 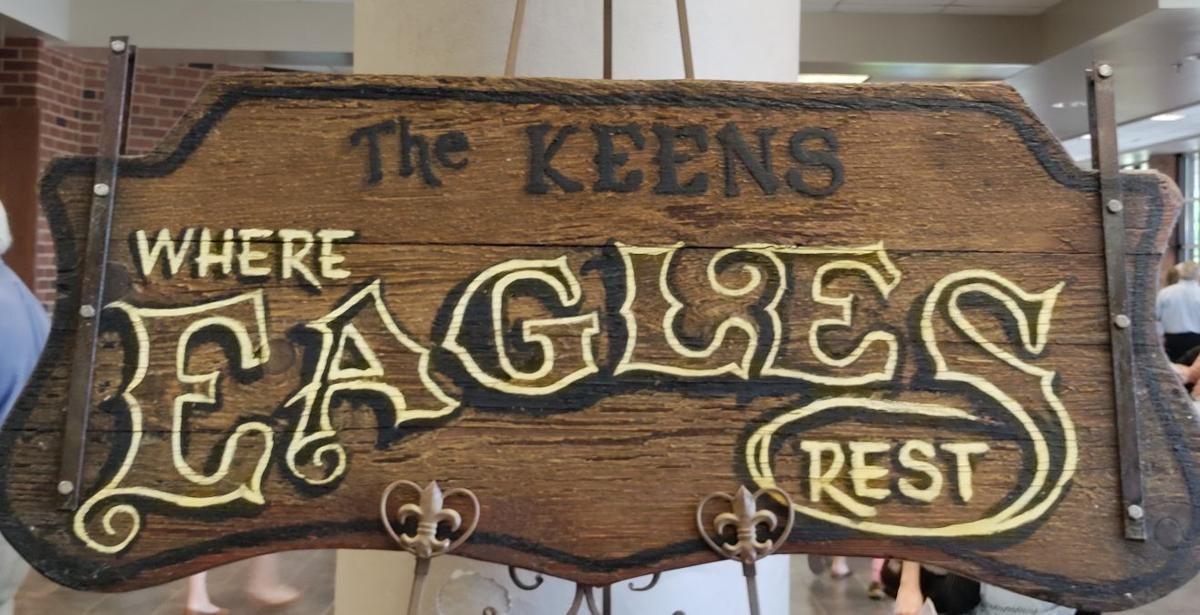 The sign Coach Keen had at the road of the vacation house in Colorado. He built the home in Westcliffe, Colorado, which the family called their “adopted home town.”

Coach Keen’s son-in-law, Chad Cheatham shared a special bond with his father-in-law as he delivered a heartfelt eulogy, reminiscing on memories made traveling out West, including their shared love for roadmaps of each state.

The sign Coach Keen had at the road of the vacation house in Colorado. He built the home in Westcliffe, Colorado, which the family called their “adopted home town.”

Members of the Jefferson community struck gold in 1965 when Jack Nolan Keen was recruited from Atlanta to help shape what is now a culture of academic and athletic excellence at Jefferson High School.

“Coach” Keen didn't just preach excellence to his students and athletes over his 42 years at Jefferson, he embodied the very idea of excellence in everything he did in life.

It isn't by coincidence that over the course of his career at Jefferson, the school simultaneously became one of the most successful school systems in the country. The mirroring reputations of Coach Keen and Jefferson High School prove just how integral he was in building the school into the athletic and academic powerhouse it’s known as today.

Generations of Jefferson alumni attribute their life successes to the beloved Coach Keen, whose life was celebrated April 25 at the Arena at JHS. Keen died last year.

The event featured an elaborate exhibit chronicling his academic and athletic career as well as his personal life, which many of his students and athletes know little about.

As most in the community know, he was an athletic force of nature with a brilliant mind in the classroom. One would assume someone who excelled in academics and athletics would likely struggle in another area of life, such as having social anxieties, or lacking an appreciation for language, culture or art.

Coach Keen, in the words of Elvis Presley, “ate life up and spit it out.”

According to those who knew him, he was fearless, but cautious, determined but docile, nurturing but relentless. When others flew away from a storm, he flew above it.

“Coach Keen was an eagle,” said his son-in-law, Chad Cheatham, in his eulogy.

Eagles symbolize pride, determination, leadership and courage, he said. They reach higher and achieve more than expectations, always seeking greater. Coach Keen lived his life with this mindset and felt an innate responsibility to serve others and help them see life through a similar lens.

For a math teacher and legendary athlete, many would be surprised to learn Keen was a poet. He appreciated a good metaphor, which is evident when listening to the playlist of his favorite songs, which played in the exhibit hall during his memorial. Each song is riddled with brilliant and inspiring metaphors that one could live by.

“He was born in the summer of his 27th year, coming home to a place he'd never been before,” the opening line of John Denver’s “Rocky Mountain High”, for example, was one of Keen’s personal favorites, according to Cheatham, as he could relate to the same feeling when he first visited the Rockies.

“Time is a wheel in constant motion always rolling us along,” from LeAnn Womack’s “I Hope You Dance” and, “I'm the sunshine in your hair. I'm the shadow on the ground,” from Lonestar’s “I'm Already There”, are metaphorical songs on his playlist that show he had a soft, spiritual side he didn't always let people see.

Over the summers when he wasn't teaching or coaching, he took his RV and traveled to the western U.S. for a 6-week vacation with his wife, Beverly, and five children. He grew so fond of the Rocky Mountains he eventually built a family vacation home in Colorado, which he named “Where the Eagles Nest”.

Unsurprisingly, his home’s name is an eagle metaphor, but it couldn't be more appropriate.

“They may fly high, but even eagles have to stop and rest sometimes,” said Keen’s youngest daughter, Katherine, explaining Keen’s logic behind the unique name.

“He was a teacher of life, not just math and sports,” she said.

During the event, the City of Jefferson donated a monument in dedication to the school and community and Coach Keen’s legacy of excellence. At the bottom of the monument’s plaque reads “Quod erat demonstrandum”, which translates to “what was to be shown.”

“He used this latin phrase in his classroom often after solving an unusually complicated or lengthy math problem to indicate the work is over,” said Keen’s eldest daughter, Karen.

“We thought it was a perfect way to symbolize the completion of his life well-lived here on Earth,” she said.