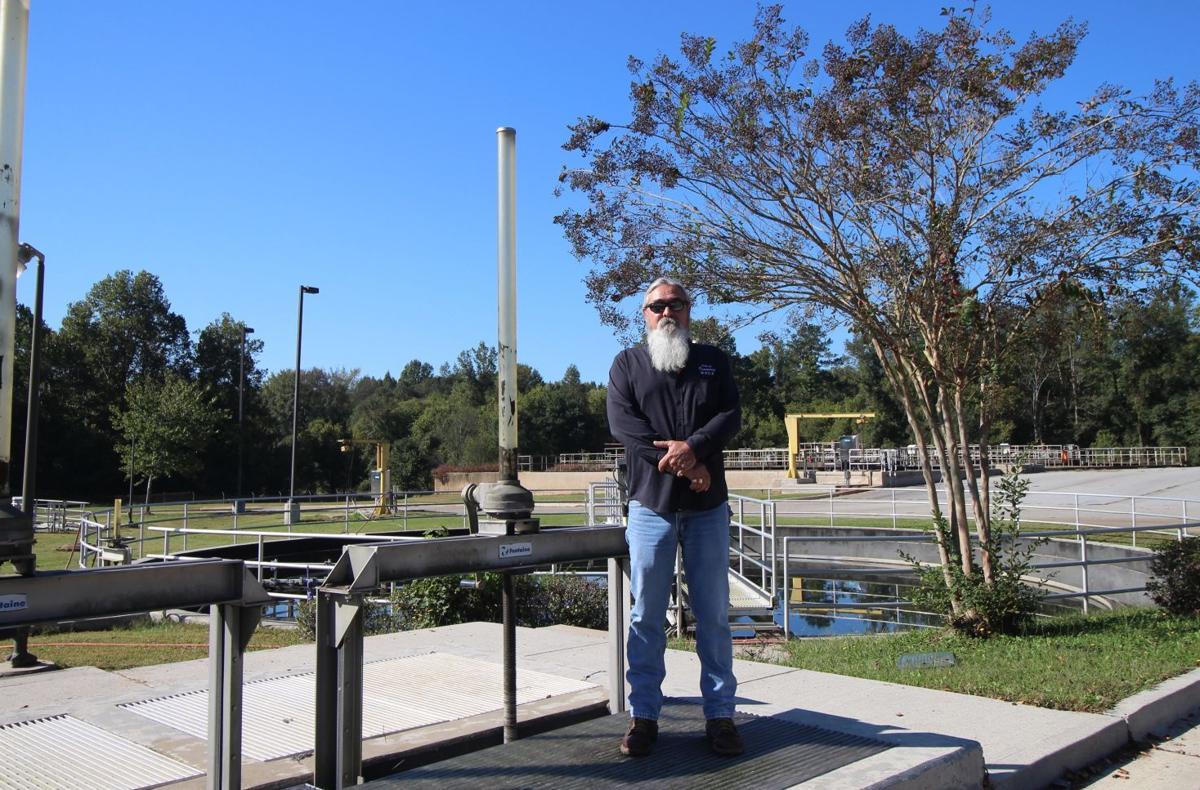 Mike Jones, the Commerce wastewater superintendent, will retire this year after 39 years with the city. He's pictured at the wastewater treatment facility off W.E. King Rd. 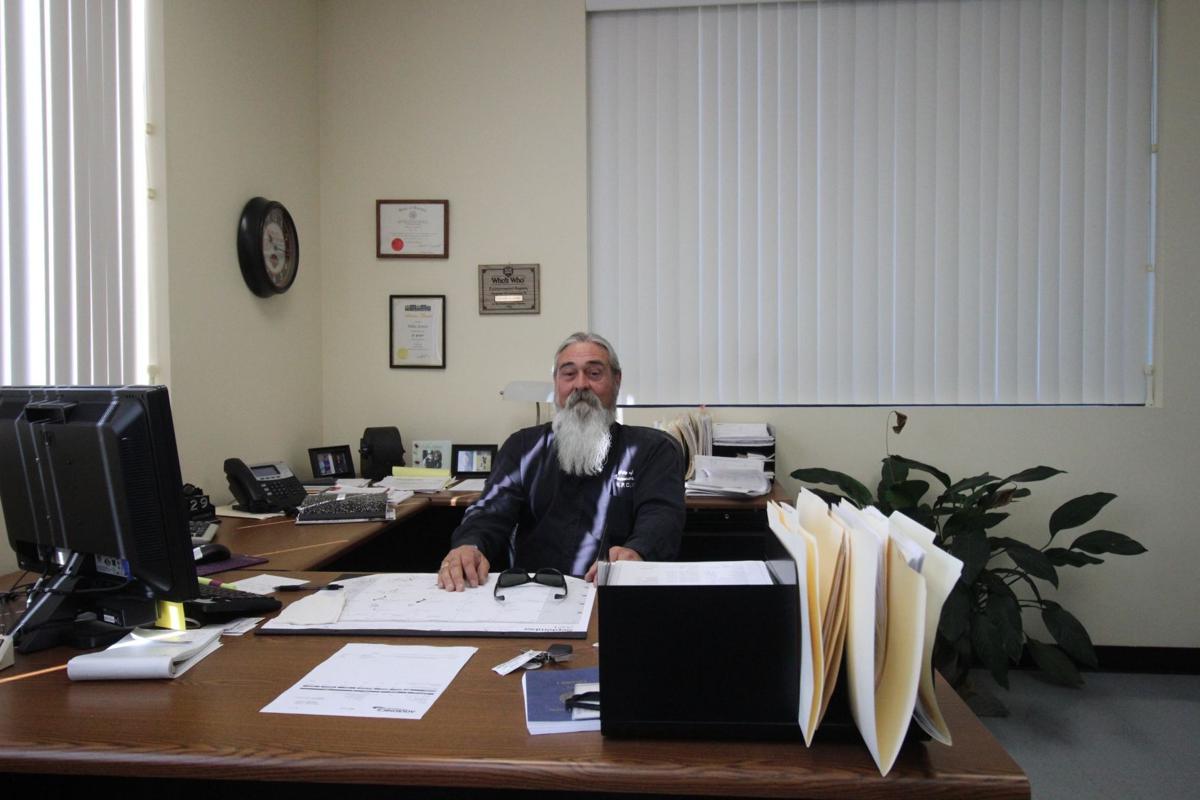 Mike Jones, the Commerce wastewater superintendent, will retire this year after 39 years with the city.

Mike Jones, the Commerce wastewater superintendent, will retire this year after 39 years with the city. He's pictured at the wastewater treatment facility off W.E. King Rd.

Mike Jones, the Commerce wastewater superintendent, will retire this year after 39 years with the city.

Commerce’s wastewater treatment plant sits off a quiet road that doesn’t see much traffic – save for the random chicken or other livestock crossing the street. Wastewater, like many municipal utility services, is often in the "back roads" of citizens’ minds. Behind the city’s wastewater service is a team, and for almost four decades, that team has been led by Mike Jones.

Jones has served as Commerce’s wastewater superintendent since 1982. During his tenure, he’s worked alongside a handful of mayors, city administrators, council members and city employees. Jones, who has seen multiple expansions of the wastewater department over his 39 years with the city, plans to retire later this month.

He got his start with the city as a “punishment” from his dad, he joked. After Jones’ dad retired from the military, the family moved back to Georgia on his mother’s family’s farm.

“My dad took a job here as supervisor and as punishment (because I was a teenager), he made me come and clean drying beds,” Jones said. “And I thought to myself, there was no way I would do this.”

A few years later in the early 1980s, Jones was looking for a job after working for the department of transportation. A council member recommended Jones put in an application with the city for an open position at the wastewater treatment plant.

He was offered the job and started off earning minimum wage.

During his time with the city, he’s been part of two major expansions in the wastewater department. The first was in 1985 and Jones describes the time as a grueling 12 months.

The second expansion happened in 2002, when the city built the existing wastewater plant off W.E. King Rd.

“It was still tough. A lot of sleepless nights. I moved a couch in here so I’d have a softer area to sleep,” Jones said, adding that he previously had to sleep in the breakroom or the truck during emergency situations and heavy rains.

Jones got to help design the new plant, which he says is his proudest accomplishment from his career.

“I was fortunate to be able to work with engineering to design this plant,” Jones reflected.

In addition to the increased capacity and expansions, the department has taken on some additional responsibilities over the years, from the city’s grease trap program to taking state-reported stream samples each month. The city also has two oxidation ponds at I-85/Hwy. 441, along with an industrial pretreatment program that services Kerry Foods.

‘THE CITY HAS BEEN GREAT TO ME’

While the job has been tough at times, Jones is thankful for his career.

“There’s been a whole lot more good than bad,” said Jones. “The City of Commerce has been great to me.”

During his time with the city, Jones was able to get an education, earning an associate’s degree in environmental science and his state certification in wastewater.

“The city allowed me to do all this,” he said.

Jones also reflects on a number of good people he’s been able to work with at the city throughout his career, from city manager James Wascher to Aaron Chaney, who worked with Jones for years.

“He was wonderful. He made my day,” Jones reflected on Chaney, who passed in 2008. Jones said Chaney would make coffee and bring Jones a honeybun every morning, along with a piece of chicken from Presto’s for lunch. “…When he or I would go on vacation, he would have my five honeybuns.”

Jones has worked alongside a number of different people throughout the years and is currently working with his replacement, Billy “Tadd” Edmonson.

Edmonson has 20 years’ experience, previously working in the private sector. He’s been a supervisor several times and came to work for ESG about two years ago at the Kerry Foods IPP grant. He’s dual certified in water and wastewater and has an industrial license as well.

“Which will be an asset to the City of Commerce,” Jones said.

Meanwhile, Jones doesn’t plan to slow down completely during his retirement. Instead, his focus will shift to his motorcycle shop.

He started the shop because he couldn’t afford to take his motorcycle somewhere for repairs. The business has grown over the years and has become a full-time job, Jones added.

Jones also looks forward to spending more time with his family, including his wife, Joanna, who works in human resources at Northridge.

“She’s my best friend. I’m proud to say that,” Jones said of Joanna, adding that he looks forward to when she can retire with him.