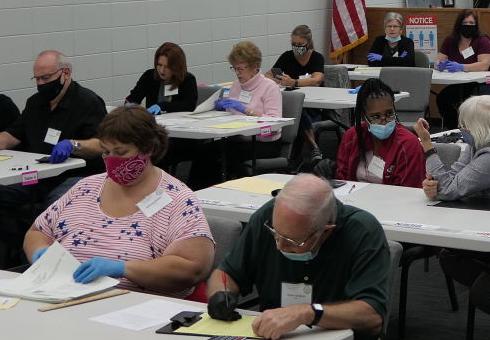 The Jackson County Elections Office was packed Friday, Nov. 13 as a hand recount of the presidential race got underway. 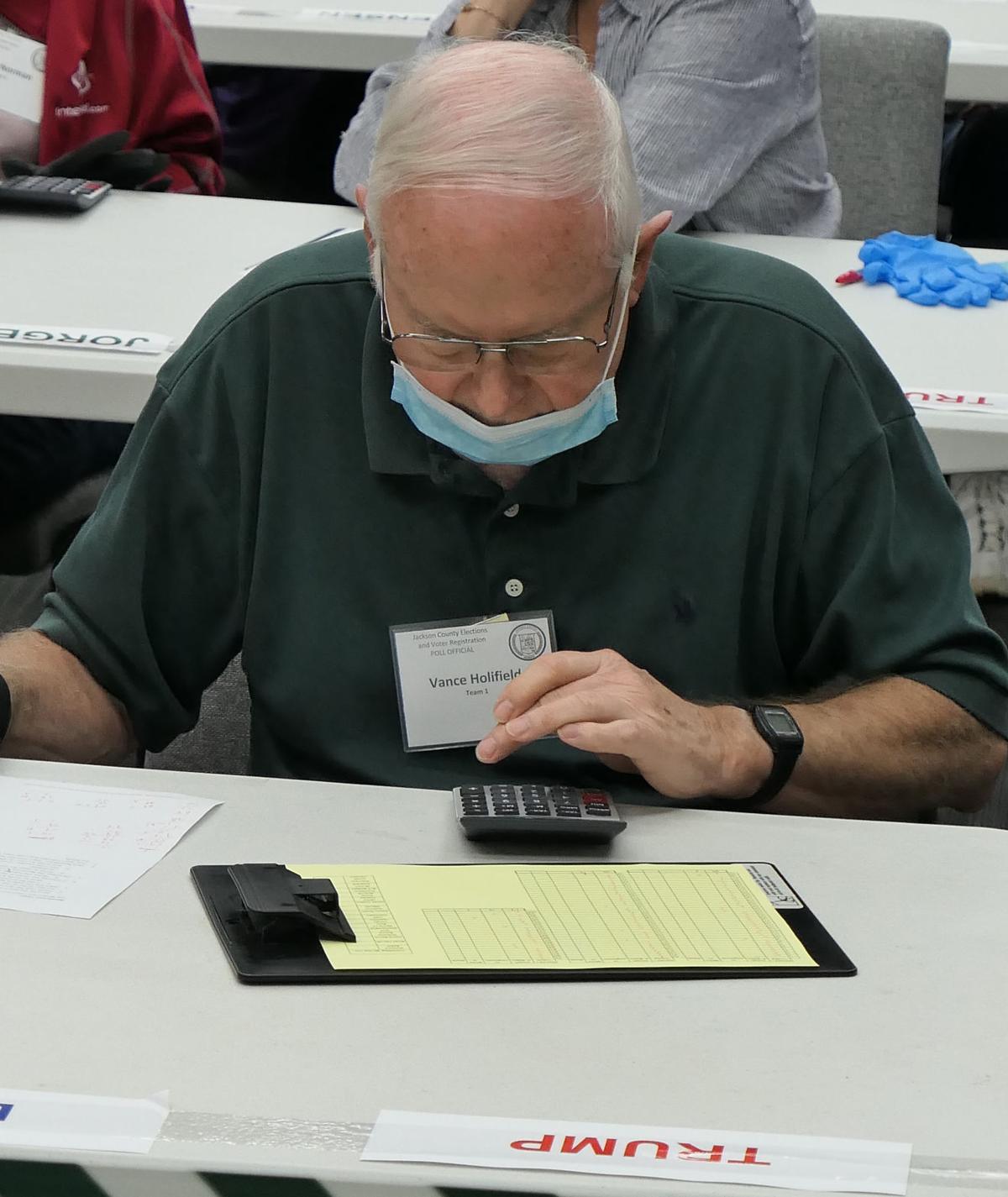 Working in teams of two, elections officials went through all 37,800 ballots cast in Jackson County to do a recount of the presidential race.

The Jackson County Elections Office was packed Friday, Nov. 13 as a hand recount of the presidential race got underway.

Working in teams of two, elections officials went through all 37,800 ballots cast in Jackson County to do a recount of the presidential race.

No major problems were uncovered in Jackson County's audit of the Nov. 3 presidential election results, officials said this week.

A hand recount was done across the state starting Friday, Nov. 13.

The move was done due to the closeness of the race between Donald Trump and Joe Biden for president. Biden carried Georgia by around 14,000 votes, a surprising outcome given that the state had not voted for a Democratic presidential candidate since 1992.

In Jackson County, Trump dominated the vote count with 79% of the total.

That didn't change much with the hand recount, according to Jackson County elections director Jennifer Logan.

The original results are the state certified results and will remain the same.

Statewide, the hand recount isn't expected to affect the overall outcome of the results. Biden is expected to still carry the state and its 16 Electoral College votes.

But the state's results has created a firestorm within the state's Republican leadership. Republican Secretary of State Brad Raffensperger has come under fire from within his own party over the results. He said in media interviews this week that some Republicans have been pressuring him to find a way to change the results to favor Trump.

One of those who has been critical of Raffensperger is 9th District Congressman Doug Collins, an ally of Trump. Collins has verbally attacked Raffensperger's handling of the election, saying he was "incompetent."

Raffensperger fired back over the weekend, calling Collins a "liar."

Collins, who represents Jackson County in Congress, lost his bid for the U.S. Senate on Nov. 3 and has since become Trump's point man in Georgia in an effort to undermine Biden's win in the state.

Meanwhile, Jackson County election officials are gearing up for a Jan. 5 runoff for both U.S. Senate seats in the state. The outcome of those two races could determine the balance of power in the Senate and are attracting a lot of attention from around the nation and around the world.