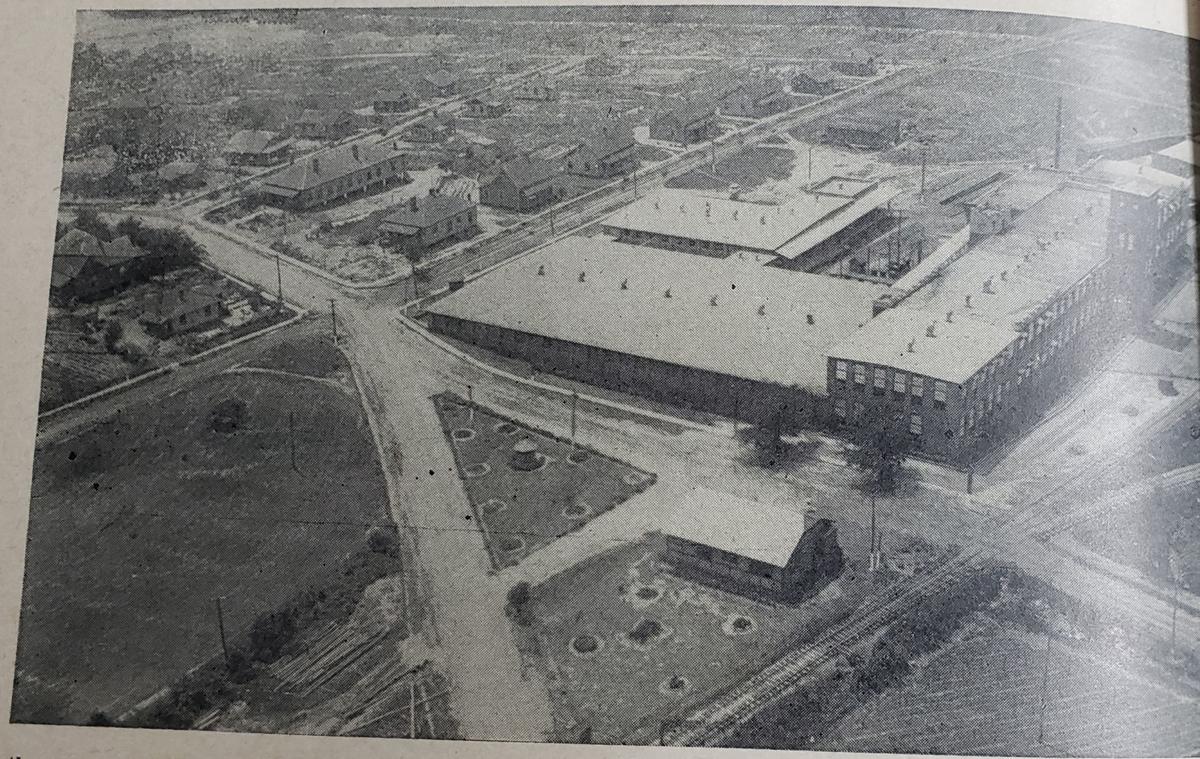 One of Jefferson's most historic industry buildings could get a major makeover following action on May 18 by the Jefferson City Council.

The council approved a variance for the former Jefferson Cotton Mill to be redeveloped into a multi-use facility.

Although parts of the the former textile plant are currently being used by several businesses, including a furniture store, an antique store and an event center, the project proposed by Blue Frog LLC would be a major redevelopment of the facility. It would include a home for The Jefferson Church, loft apartments, businesses, an event venue and restaurants.

The variance request was to reduce the amount of parking mandated by city codes for the various businesses to be developed. The council also approved the closure of several streets in the area as part of the proposed project: Railroad Avenue from Lee Street to the railroad, and McKensie Avenue from Cobb Street to Epps Street. The project will include the re-paving of Epps Street from Lee Street to Lynn Avenue with the addition of sidewalks on one side of the street.

The mill dates to the late 1800s in Jefferson and over the decades, became a powerful social, cultural, economic and political institution in the community. Like a lot of small, Southern towns in the early to mid-1900s, Jefferson became a "mill town" where life largely revolved around mill activities and resources.

It survived the Great Depression and after WWII, underwent expansion. That included the mill developing a "mill village" area for workers and providing funds and leadership for city cultural projects, such as a city pool, a day camp and the creation of the high school football stadium. The mill was also a critical part of helping rural citizens transition from an agricultural background into the industrial workforce in the post-WWII era.

The Bryan family, which owned the mill, also put funds into the Jefferson City School System and provided school board leadership for many decades.

But the textile industry in the South, and the nation, suffered with the advent of off-shoring production to Mexico, China and other countries, a movement that began in the 1980s. By 2000, a lot Southern textile mills had closed due to the changing economic forces and increased globalization of textile manufacturing.

•approved a re-zoning for Dry Pond Industrial Holdings, LLC from LI Conditional to LI Conditional to modify a condition of zoning previously approved limiting wall signage on any building fronting Interstate 85 for a proposed warehouse.

•approved a bid of $227,480 from Caldwell Electrical Contractors, Inc., Gainesville, for the installation of six stand-by generators.

•unanimously approved a tax levy resolution for the Jefferson Board of Education to refinance its bond to lower the rate from 2-percent to .89-percent.