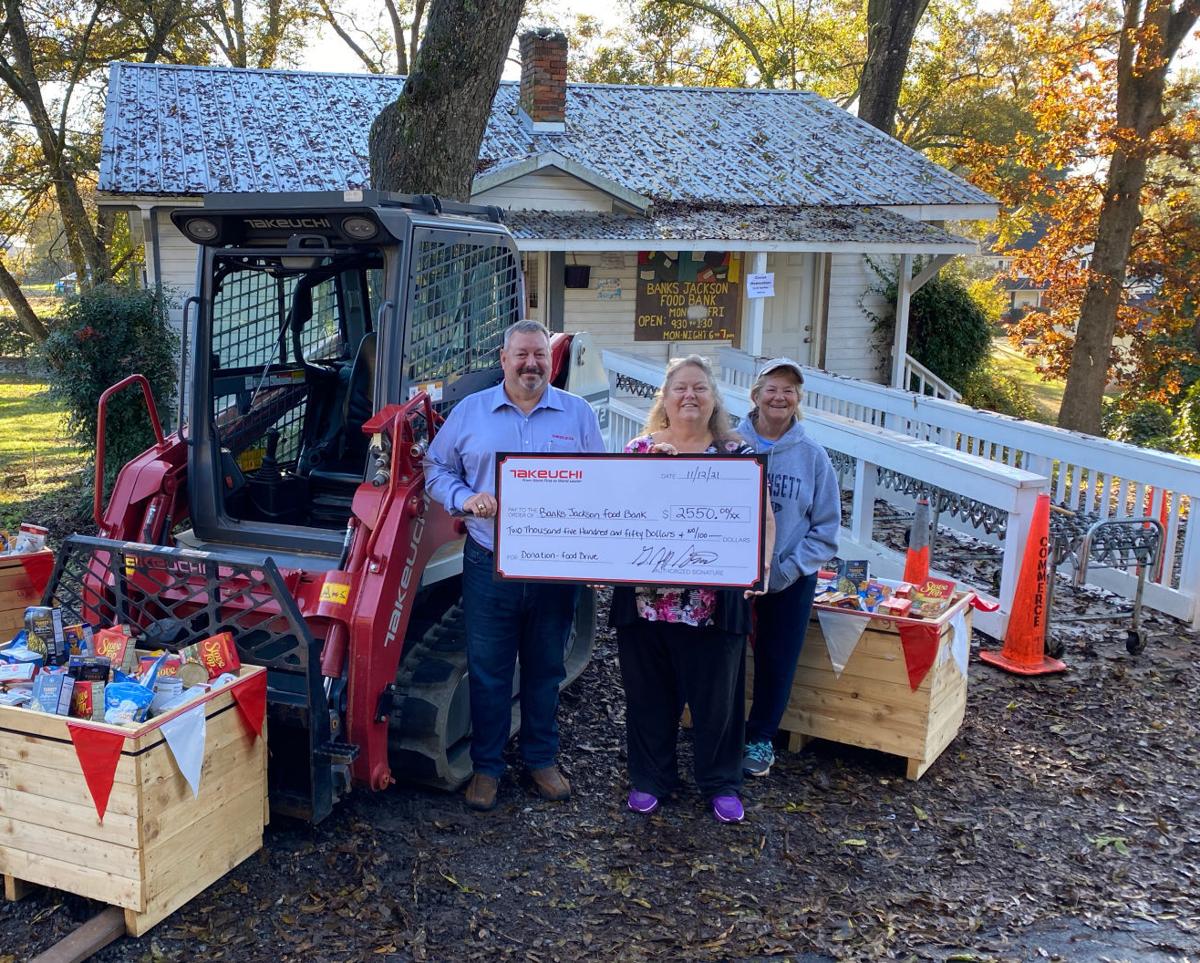 Takeuchi-US President Jeff Stewart presents a check to staff at the Banks-Jackson Food Bank in Commerce. 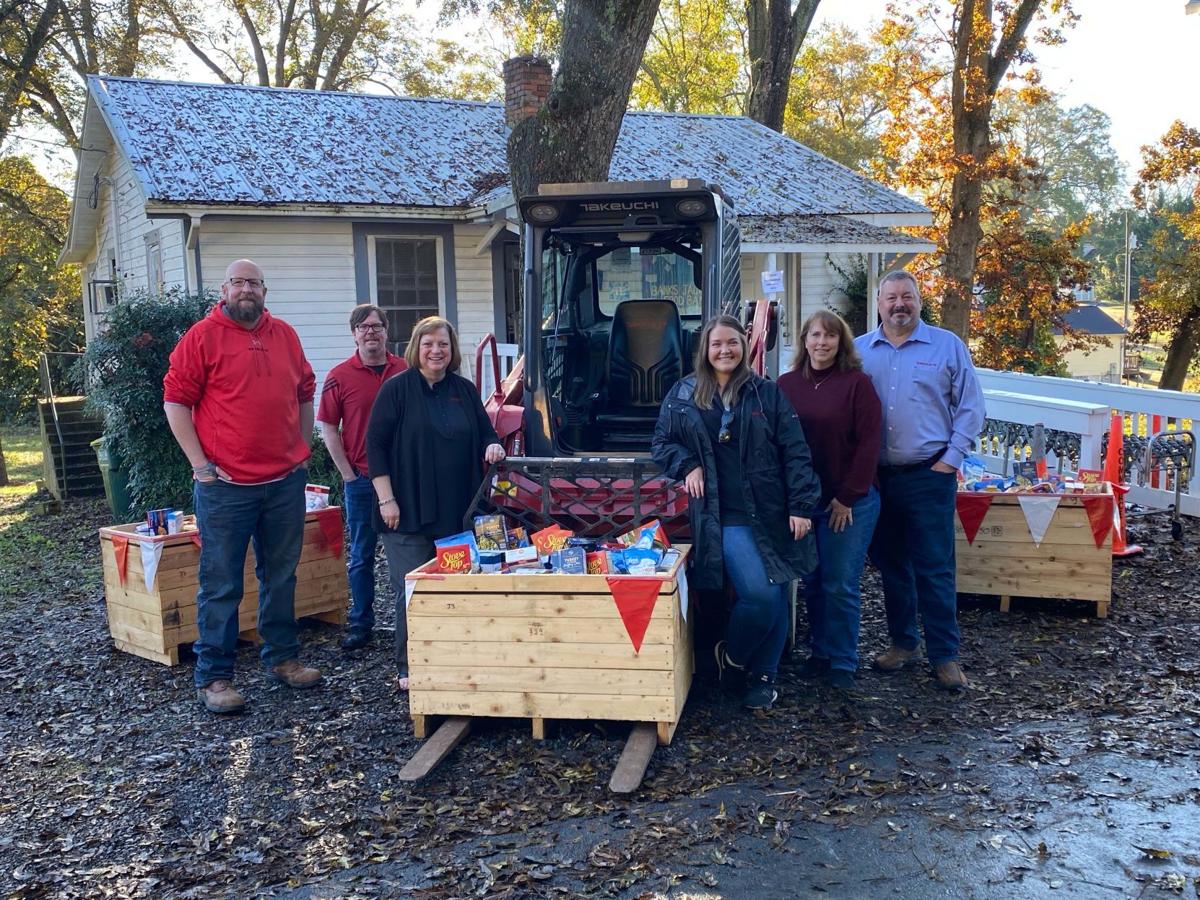 Takeuchi-US President Jeff Stewart presents a check to staff at the Banks-Jackson Food Bank in Commerce.

Takeuchi-US employees, including President Jeff Stewart, recently presented the Banks-Jackson Food Bank in Commerce, with enough food for 200 Thanksgiving dinners and an extra $2,550 to buy additional turkeys to feed even more needy families.

The donation was worth approximately $4,000 and was raised through the company's Family Fun Day and a food drive to collect food and monetary donations.

At Family Fun Day, approximately 200 adults and children enjoyed a pumpkin patch, food from local food trucks and numerous activities including bouncy houses, pumpkin painting, an egg race, a magician, corn hole games, a photobooth, a giant “Jenga” game and hayrack rides. One event was “Meringue the Manager,” where employees paid money to throw whipped cream pies at their managers, raising an additional $600 for the food bank.

Takeuchi agreed to double whatever employees raised, which resulted in the total donation of 200 Thanksgiving dinners and $2,550 in additional funds.