The Republican Party has gone off the rails and no longer can claim any semblance of rationality and civility.

The passage of the recent bill dealing with voting and Kemp's signing it into law contradicts all Republican foundations of the past -- it is all about power. That is the only conclusion that can be drawn.

No longer can any Republican demonstrate fidelity to the U.S. Constitution and democracy without condemning loudly and publicly the disastrous effects of its leaders.

The notion that the latest law is for "ballot security" is absurd. Any legislation that allows the legislature to ignore results from an election and replace a local elections board is not about ballot security.

That does not even touch the provision that makes a criminal of anyone who decides to pass out water and/or food to those waiting in line. Please let me know who needs water or food and I will supply it.

The removal of the secretary of state from the elections board and neutering of that post that post is pure revenge, nothing else. It is made worse by Raffensperger's meek acceptance of the law. Better he should resign and join the Democrats.

Barry Fleming's role in this legislation as the chairman of the "election integrity" (the irony is lost of his party) committee is a direct conflict of interest with his role as county attorney for a number of groups. I covered him when I was in Putnam County and saw a man who balanced his duties. Wonder what happened to the "local control" that was so valuable to Republicans?

No Republican should be elected to any office until he or she publicly disavows such a law.

Read the bill. You have to do your own research. The bill actually makes it easier to vote, with more days to early vote, insure every county has drop boxes for mail in ballots. If you are worried about the voters staying hydrated like the editor, you can pass out water, up to 150 feet of voting place. To get a mail in ballot, just prove you are legally eligible to vote in Georgia. You can show Ga. driver license, a bill or statement with your name on it. it's all about integrity in the voting system. 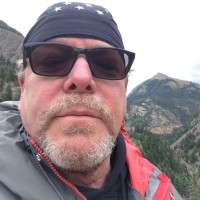 As always there are two sides to the story. We need election integrity. Without it there is nothing left except to take up arms. No one wants that.