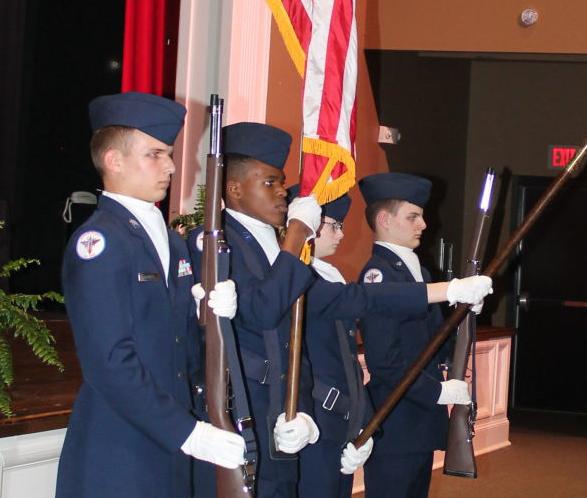 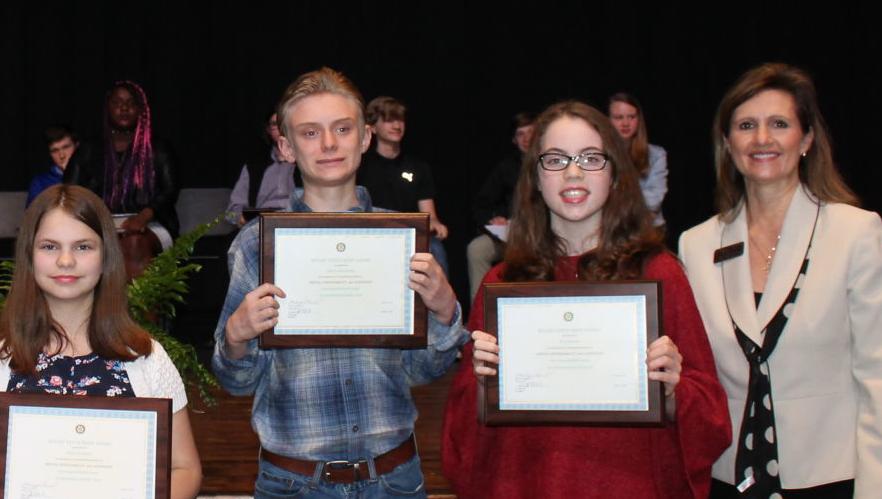 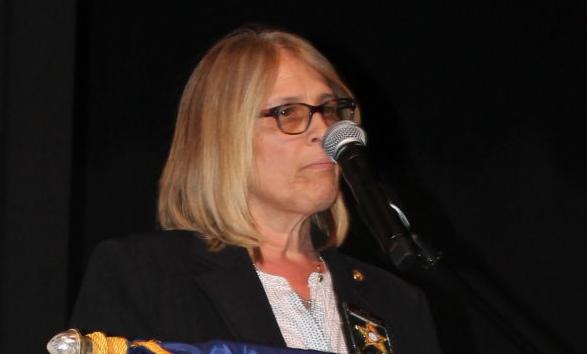 Jackson County Sheriff Janis Mangum was the guest speaker at the 19th annual Jefferson Rotary Club’s Youth Merit Awards Program on March 3 at the Jefferson High School Performing Arts Center. Magnum spoke to the group of young people about making good choices and being leaders and not followers.

Jackson County Sheriff Janis Mangum was the guest speaker at the 19th annual Jefferson Rotary Club’s Youth Merit Awards Program on March 3 at the Jefferson High School Performing Arts Center. Magnum spoke to the group of young people about making good choices and being leaders and not followers.

The Rotary Youth Merit Awards (RYMA) Program is a District 6910 Youth Awards Program designed to integrate the ideals of Rotary into the young minds of our future. Service, leadership and dependability are the three qualities of a successful student.

“The Jefferson Rotary Club is proud to honor the RYMA recipients who were chosen by their school’s staff as representative of Rotary’s ideals,” said Dr. Melody Stancil, RYMA chair.

Sixteen students from the four middle schools in Jackson County – Commerce, East Jackson, Jefferson and West Jackson – were honored during the program.

The awards were presented by each of the county school superintendents – Joy Tolbert, Commerce; April Howard, Jackson County; and John Jackson, Jefferson.

Sheriff Mangum, a life-long resident of Jackson County attended schools in Jefferson and has spent 29 years in law enforcement. Mangum is only one of three female sheriffs in the state of Georgia currently. When she was first elected in 2012 she was the only female sheriff in the state and only one of two ever elected to this position.

“The sky is the limit,” Magnum said to the students, “just look at me.”

Magnum told the students to make good choices and be a leader and not a follower.

“You have free will in life, just not free will when it comes to the consequences for the decisions you make,” Mangum said.

She encouraged the students to display honesty, integrity and professionalism in everything they do.

“Our kids are our future,” Magnum said.

The students honored for showing service, dependability and leadership in their schools and/or community were:

Rotary is an organization of business and professional leaders united worldwide who provide humanitarian service, encourage high ethical standards in all vocations, and help build goodwill and peace in the world.

Rotary Club membership represents a cross-section of the community’s business and professional men and women. The Rotary Club meets weekly.

The main objective of Rotary is service – in the community, in the workplace and throughout the world. Rotarians develop community service projects that address many of today’s most critical issues. They also support programs for youth, educational opportunities and international exchanges for students, teachers and other professionals, and vocational and career development.

The Rotary motto is: Service Above Self.