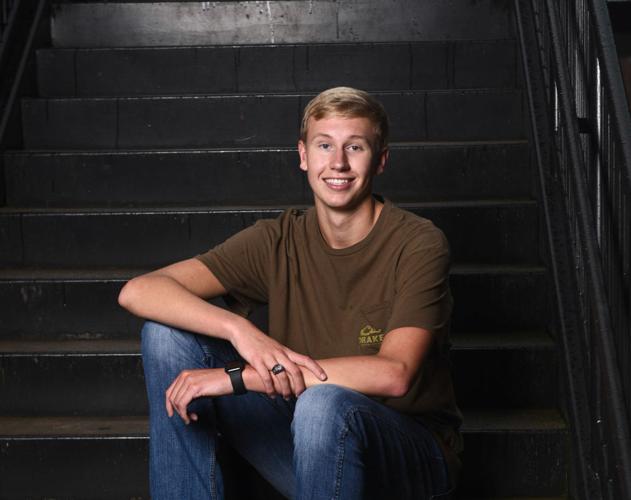 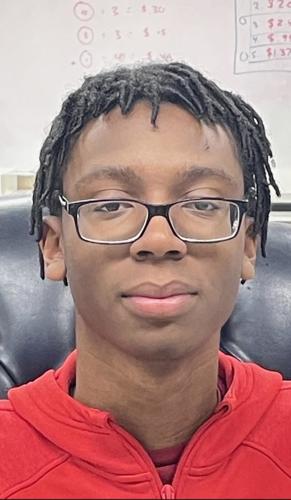 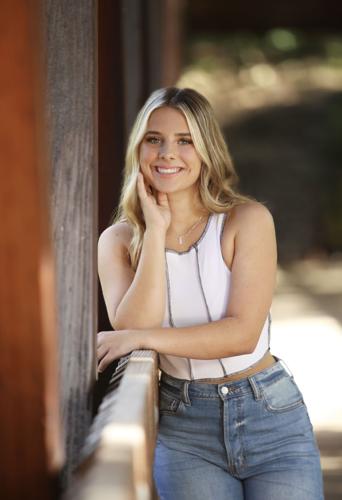 The Rotary Club of Jefferson recently recognized the following students of the month for April:

Ackerman's activities include FFA; work-based learning at the Commerce Rec Department; being a member of the Jackson County Student Leadership Team; and swimming year-round at Athens Bulldog Swim Club.

His sports include swimming.

Ackerman's awards and honors include being an FFA officer for three years; honor graduate; Mr. EJCHS; and he holds all school records for swim.

He has volunteered at Northeast Georgia Food Bank and at iServe Ministries. He also helps teach swim lessons and serves as a lifeguard in Commerce during the summer months.

Ackerman has committed to swimming at Keiser University in West Palm Beach, Fla., where he will pursue a degree in business administration.

Ackerman chose Melanie Lawhorn as his most influential teacher.

He is the son of Scott and Rhonda Ackerman.

Malachi Caddell is the honoree for Jefferson High School.

Caddell serves as the school's basketball manager. He is also a writer and participant in the spring musical.

His honors/awards include the Chick-fil-A student award.

After graduating, Caddell plans to pursue a career in the film industry as an actor, film director, screenwriter and producer.

Caddell chose Elaine Wilder as his most influential teacher.

He is the son of Annette Watson.

Mason Gaddis the the honoree for Commerce High School.

Gaddis is involved in FCA and he serves on the impact team for River of Life Church. He also volunteers for iServe Ministries.

His sports include football, track and the bash fishing team.

Gaddis was captain of the football team and has received numerous region and state-level recognitions in football. He was a state qualifier and placer in track and field. Gaddis was also named to Mr. CHS Court and was voted Most Dependable in senior superlatives.

After graduating, Gaddis plans to attend college and participate in track and field while pursuing a bachelor's degree in graphic design with a focus in education.

Gaddis chose Kerry Matthews as his most influential teacher.

He is the son of Anthony and Tosha Gaddis.

Faith Simmons is the honoree for Jackson County High School.

Her sports and activities include varsity football cheerleading and working at Chick-fil-A. She's also been a member of the Beta Club, NHS, YoungLife and the Chick-fil-A leadership team.

Her awards and honors include: three years of varsity football cheerleading; two years of working at Chick-fil-A and a year of being a shift leader and a part of the leadership team at Chick-fil-A; four years of YoungLife; 40 hours of community service through Beta Club and NHS; serving as the Beta Club treasurer; taking eight AP courses; and taking all honors classes.

After graduating, Simmons plans to attend the University of Georgia and participate in the double-dawg program, earning a bachelor's and master's degree at the same time under five years. She plans to obtain her bachelor's degree in health promotion BSHP/public health and major in MPH (health promotion and behavior, non-thesis).

Simmons chose Steven Bowles as her most influential teacher.

Her parents are Brian and Stephanie Simmons.