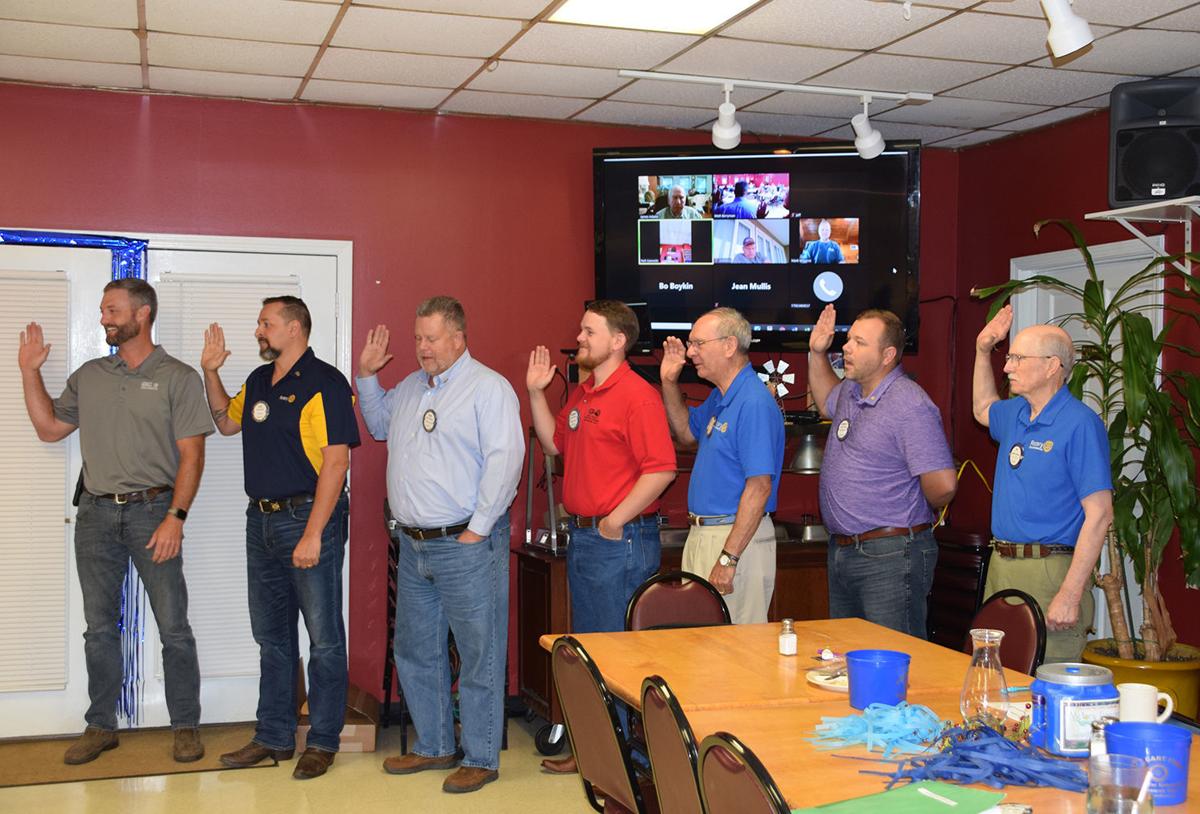 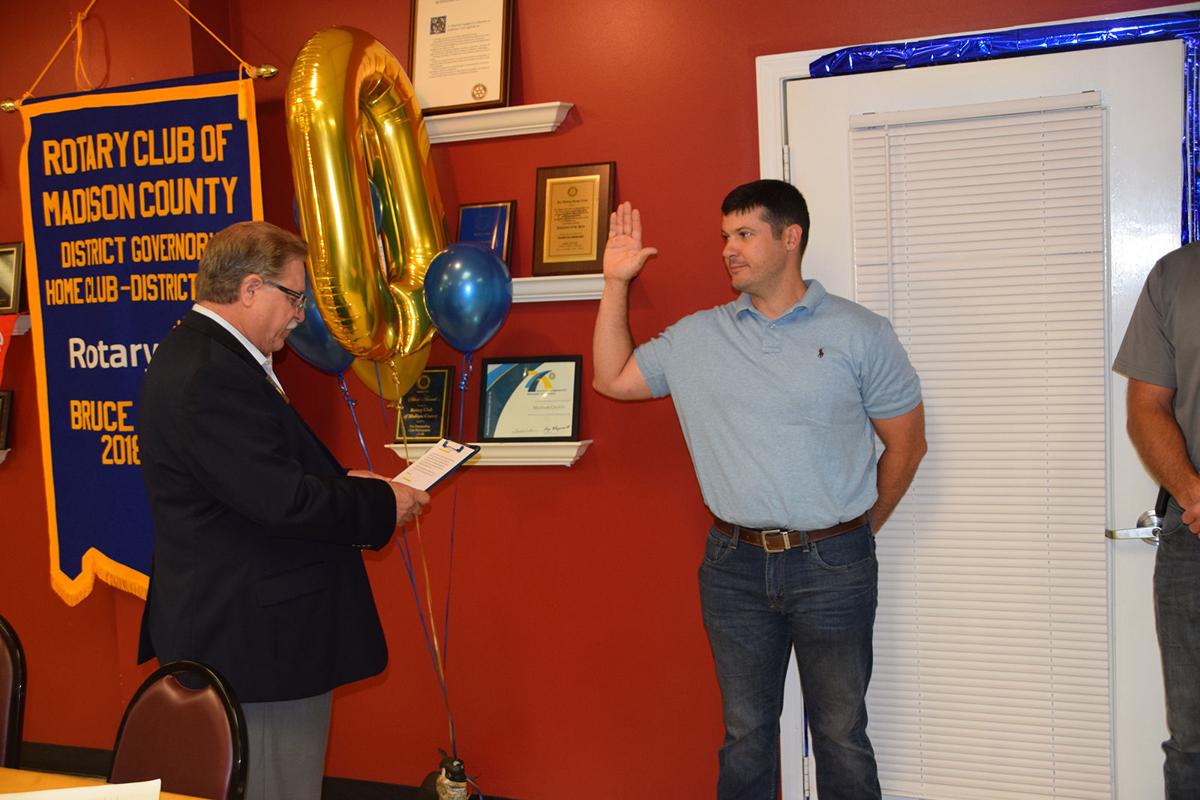 Matt Berryman (R) takes the oath as the President of the Rotary Club of Madison County. Also pictured is Bruce Azevedo. 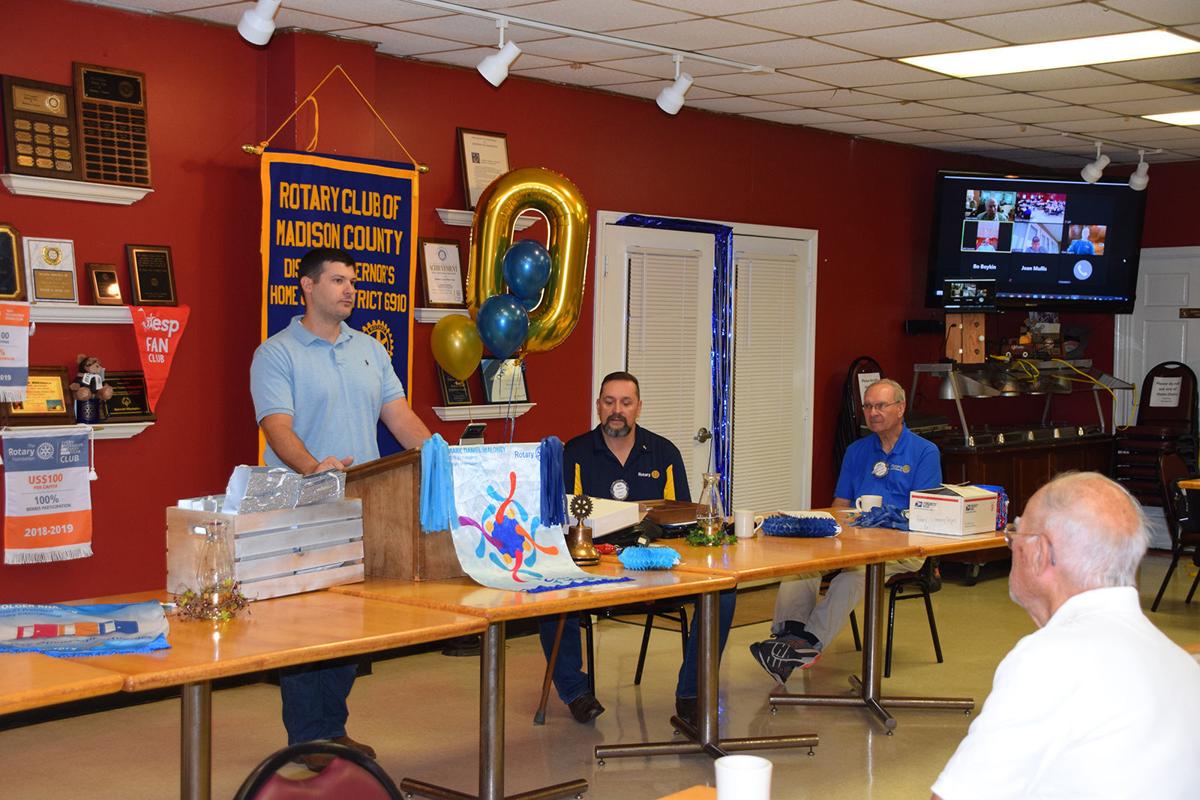 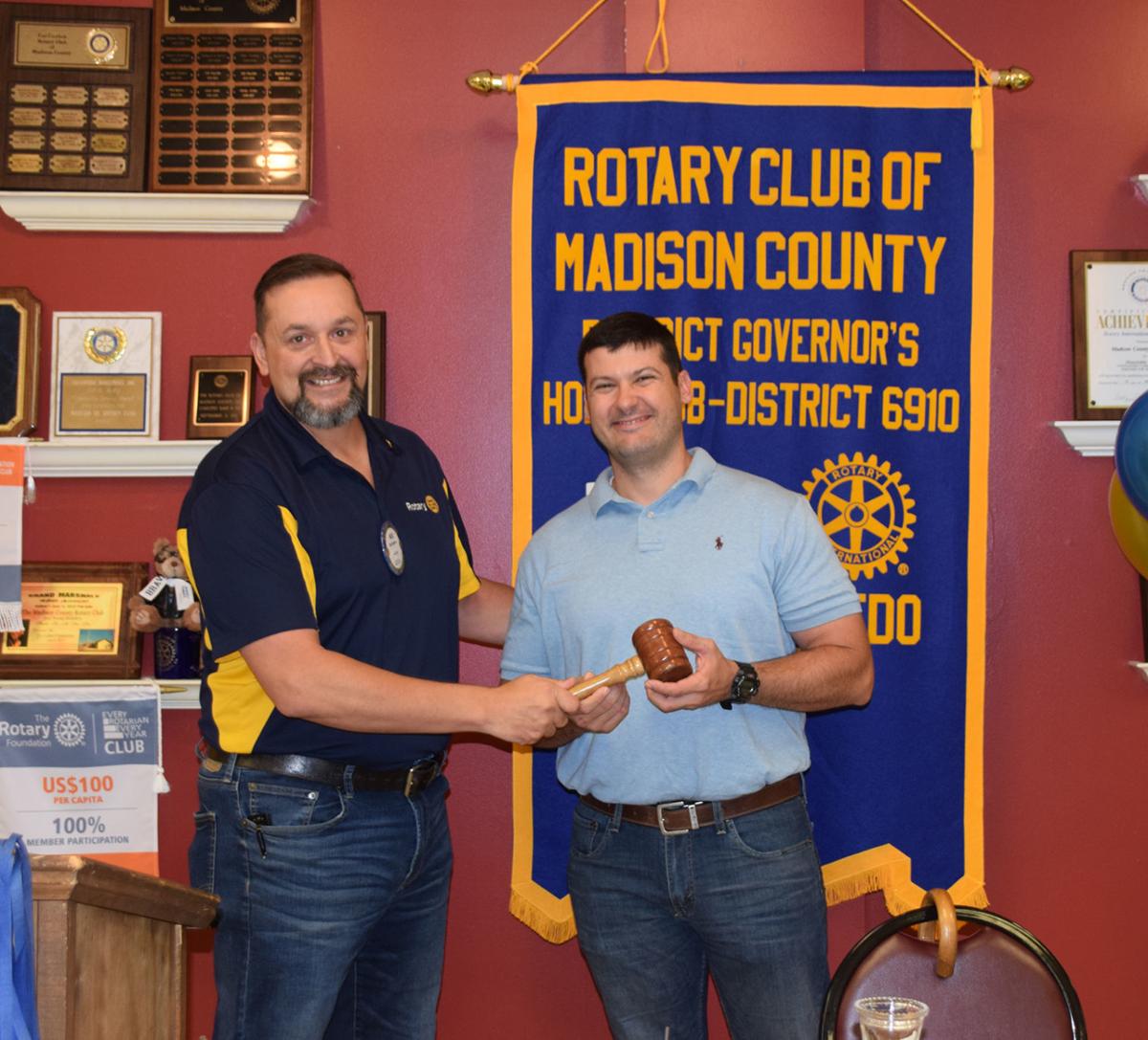 Matt Berryman (R) takes the oath as the President of the Rotary Club of Madison County. Also pictured is Bruce Azevedo.

On its thirtieth birthday, the Rotary Club of Madison County saw its twenty-ninth officer induction.

Outgoing President, Neil Azevedo, gave a “State-of-the-Club” address summarizing the past year’s goals, activities and achievements. Azevedo said the past year taught him four lessons. The first lesson was that people enriched his life, and he thanked several who had helped him through this year, especially Ed Brown.

He said his second lesson was the importance of giving back to the community. Azevedo shared that the club was named a “District 6910 Silver Club of the Year.” The club gave five scholarships totaling $5,000 to deserving seniors, built 34 ramps to citizens without mobility, and served 460 meals to senior citizens through Meals on Wheels. But feeding food insecure citizens did not stop with the elderly. Sponsoring Food to Kids, they helped serve 3,008 weekend meals to elementary food insecure children.

Azevedo said his third lesson was the importance of gratitude. He thanked all members for their support of all projects, especially the capital project, the Splash Pad chaired by Josh Chandler. Many Rotarians helped with this project, especially Mike Williams who spearheaded the fund-raising and Lisa Nash who managed the website. He thanked Ellen Cowne for her work with Food to Kids which continued weekend feeding of children during the Covid-19 Pandemic. He gave special thanks to Roy Gandy for his continued leadership of the well-known ramp program. Passing the 800 mark, this project has become recognized statewide led for years by Roy and Jerry Bonds and continuing with the leadership of Ed Brown.

Lesson four was the importance of innovation. In light of the pandemic, the Rotary Club of Madison County became a hybrid club, holding both in-person meetings and virtual meetings at the same time.

Bruce Azevedo swore in the new officers and incoming board. The incoming president is Matt Berryman, and president-elect is Mike Williams, and Martin Kimsey is president nominee. Jill Fortson will continue as treasurer, and John Cass will keep the secretary position. Directors are Josh Chandler, Andrew McCannon and Kendal Stoval.

Neil Azevedo then passed the gavel to Berryman, who, after stating his goals for next year and showing the club the new banner, closed his first meeting as president.