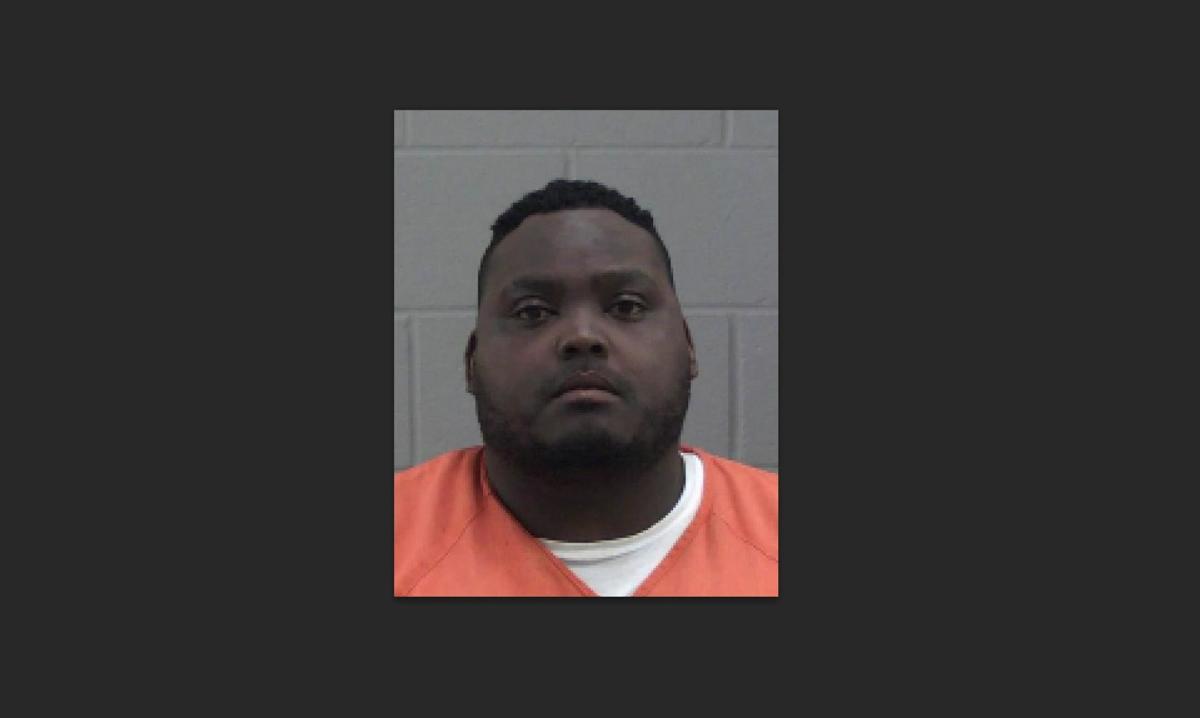 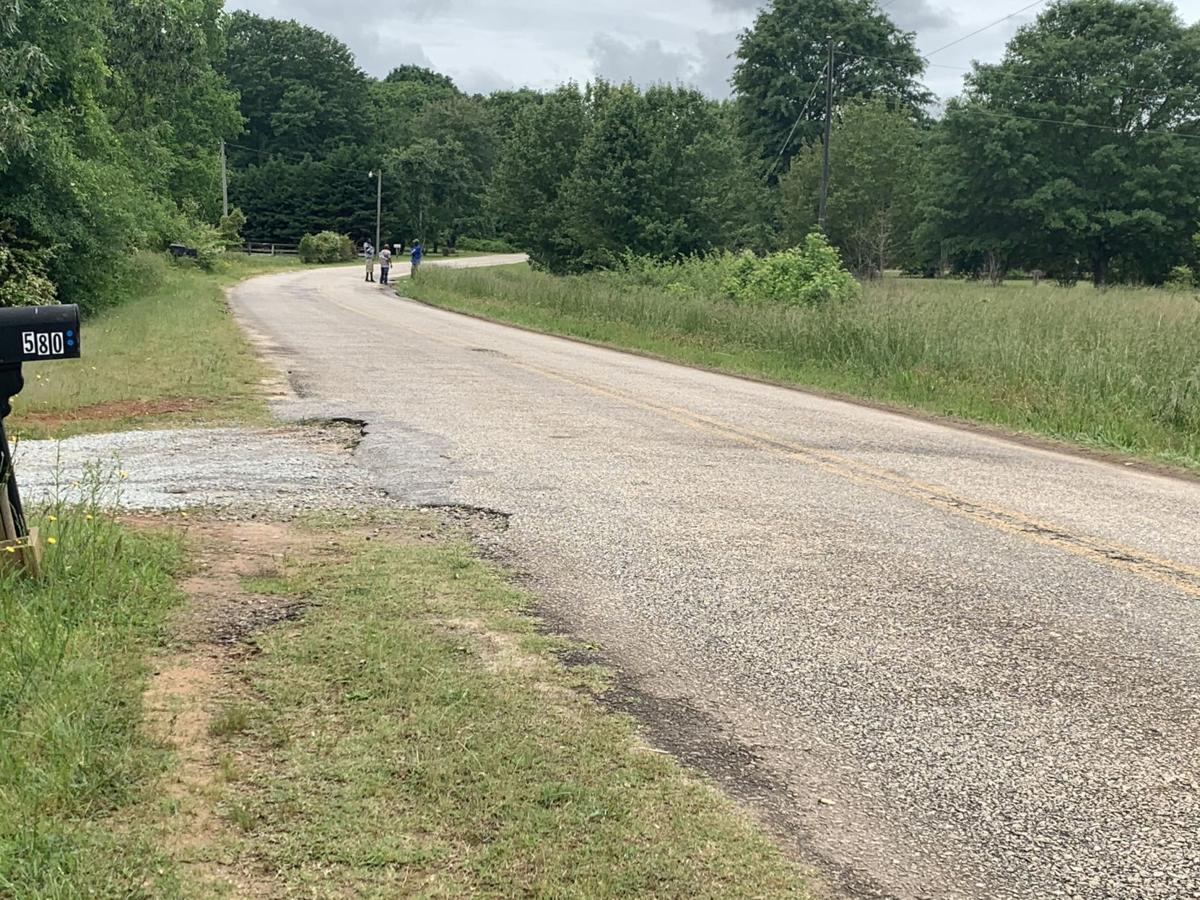 A 24-year old man listed as “homeless” by the Madison County Sheriff’s Office was arrested late Monday for the murder of Fredrick Appling, 53, whose body was found lying in the middle of Farm Road, directly in front of his driveway just after 1 a.m. Monday morning. He had reportedly been shot in the back of the head.

“On the afternoon of May 10, investigators with the Madison County Sheriff’s Office arrested Deshun Kevon Turner, 24 years of age, in connection with the murder of Fredrick Appling on Farm Road in Colbert in the early hours of May 10, 2021,” a press release from Captain Jimmy Patton of the sheriff’s office stated. “The last known address for Turner was a Colbert address in Oglethorpe County. At this time, investigators are still working to determine the motive and other aspects related to the crime. Turner is charged with felony murder, but the investigation is still very active at this time.”

Appling’s body was reportedly found by a nephew of his as he drove down Farm Road just after 1 a.m.

Deputy Kenneth Bowen was dispatched to the scene about 1:18 a.m. after 911 dispatch received a call from Appling’s fiancé and common law wife, Edna Carruth, saying that she had heard a gunshot and a man who she believed to be Appling was lying in the road.

When Bowen arrived he found Appling lying on his back in the middle of the roadway. There was also a black Ford Crown Victoria parked at the end of the driveway with its headlights shining on the body. Bowen noted that Appling did not have a pulse and that there was a “pool of blood on the roadway behind his right ear.” A flip-style cell phone, a burnt cigarette, a yellow lighter and what appeared to be a marijuana joint were lying at Appling’s feet.

The nephew, who told Bowen he was the driver of the Crown Victoria, said he was traveling down Farm Road when he saw his uncle’s body lying in the road. He told Bowen that he swerved to miss the body, then turned around and returned to the scene.

Madison County EMS arrived to assess Mr. Appling and confirmed that he was deceased.

While waiting for the sheriff, chief deputy and the investigation unit to arrive, Deputy Mason Bennett found a blue shirt and a lighter lying approximately 30 yards from the victim on the side of the road. He also located a silver shell casing about nine feet from the body near the shoulder of the road.

After the scene was secured, a man approached Bowen and told him that he was Appling’s uncle and that his son had been on the phone with Appling about 12:30 a.m.

The scene was turned over to investigations shortly thereafter.

Many family members and friends were gathering at the home Monday morning to grieve and remember the man they all knew by the nickname “Bo Peep.” A damp spot in the middle of the road was all that remained of the crime scene where Appling lost his life less than 12 hours earlier.

Ms. Carruth told the Journal Monday morning that Appling was watching TV when she went to bed.

“I jumped up when I heard a gunshot and called out for Bo Peep, then I opened the front door and looked outside and saw his nephew pulling in the driveway…I told him Bo Peep not’s here, that I can’t find him and that’s when he told me that he was laying out there in the road and looked like he’d been shot.”

Carruth said she didn’t attempt to go to Appling but immediately got on the phone to 911.

“I just couldn’t go look at him like that,” she said.

Carruth said she and Appling have been together for 30 years and that he has always been good to her. She said he was a good person who’d give anyone in need the shirt off of his back. “He always did everything he could to try to help me with anything he could,” she said. Carruth said that included being a good stepdad and grandfather to her daughter, Davina Barrow, and her five young grandchildren.

Barrow said Appling was like a father to her and that just this past weekend he had offered to take her children to a local park to near where she lives to play. Barrow recently lost her young husband to a heart attack and she said that both Appling and her mother had been by her side through it all.

Appling’s daughter, Nedra Appling, 26, was on her way to the home Monday morning and spoke to The Journal by phone.

“My daddy had a big heart,” she said, when asked of the first thing she thought of when she thought of her dad. “He was a good dad and good to people. He’d do anything he could for anyone.” She said he’d been known to take different people in over the years who were down on their luck or needed a place to stay or just somewhere to spend a night. “If there wasn’t enough food to go around, you could have his plate,” his daughter added.

Appling’s cousin, Louise Huff, who’d come to be with the family, said Appling was always joking around and that it was hard to be in a bad mood around him. “And that man, he’d give you the shirt off his back,” she said.

“At family get-togethers, you could count on him to be the life of the party….he wasn’t easy to get angry, he’d try to get along with everybody.”

As to his murder, she just shook her head. “It had to be a set up for somebody to just shoot him in the back of the head like that,” she said.

And Huff recounted that Appling’s own mother also died by violence — she was shot and killed by a boyfriend when Appling was just 2 or 3 years old, her body later found stuffed in the trunk of the killer’s car.

“It’s just hard to believe his life’s ended like that too,” she said.