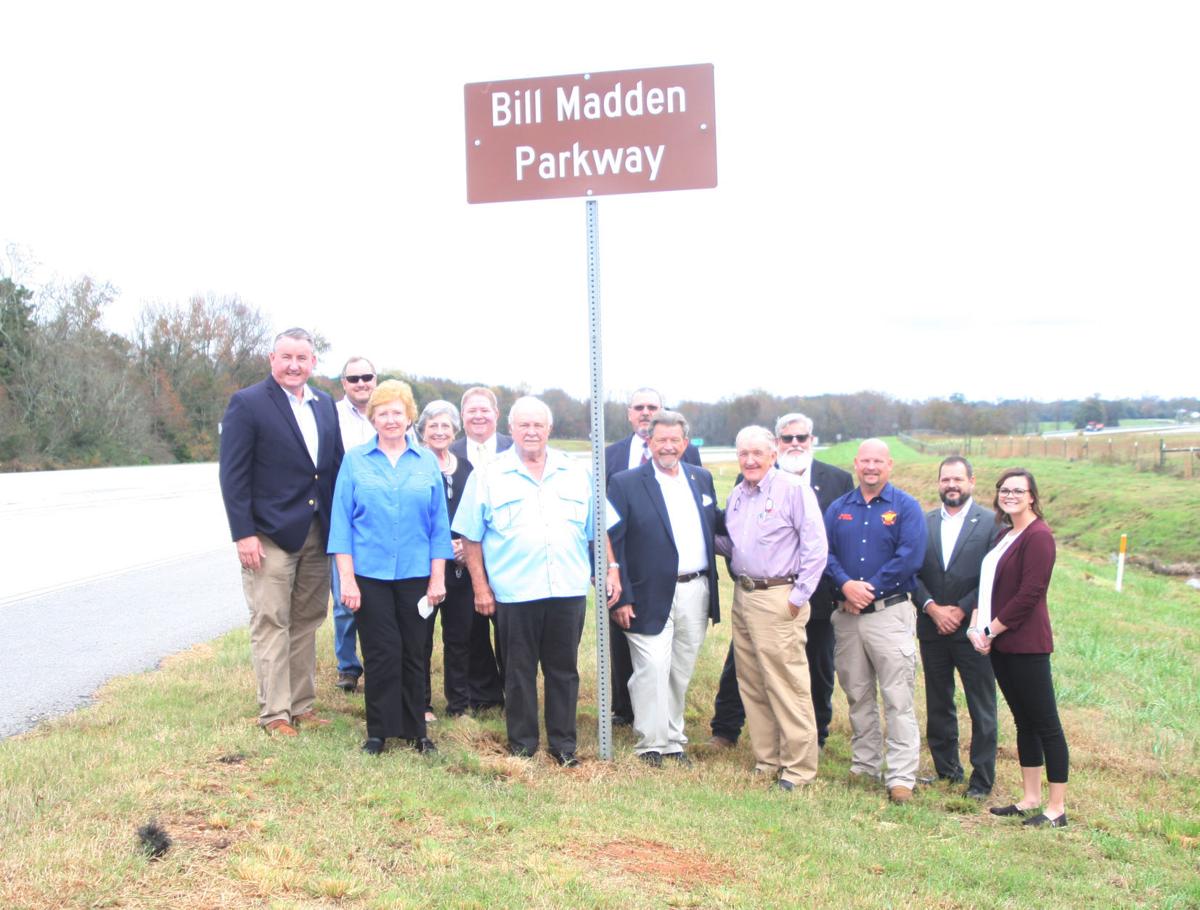 Bill Madden and his wife, Jean, are pictured with local friends and elected officials at the new sign at Hwy. 72 and Hwy. 98. 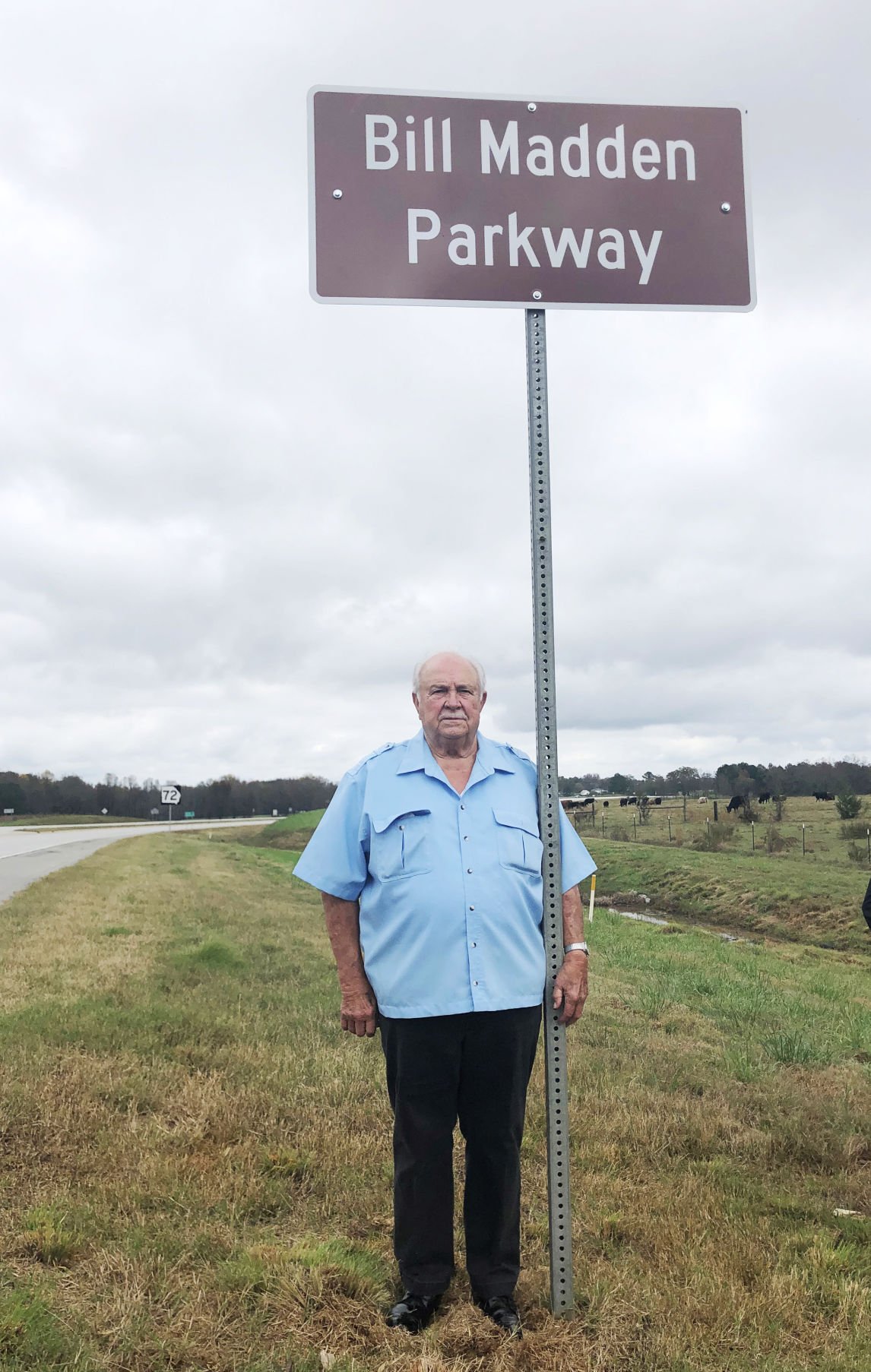 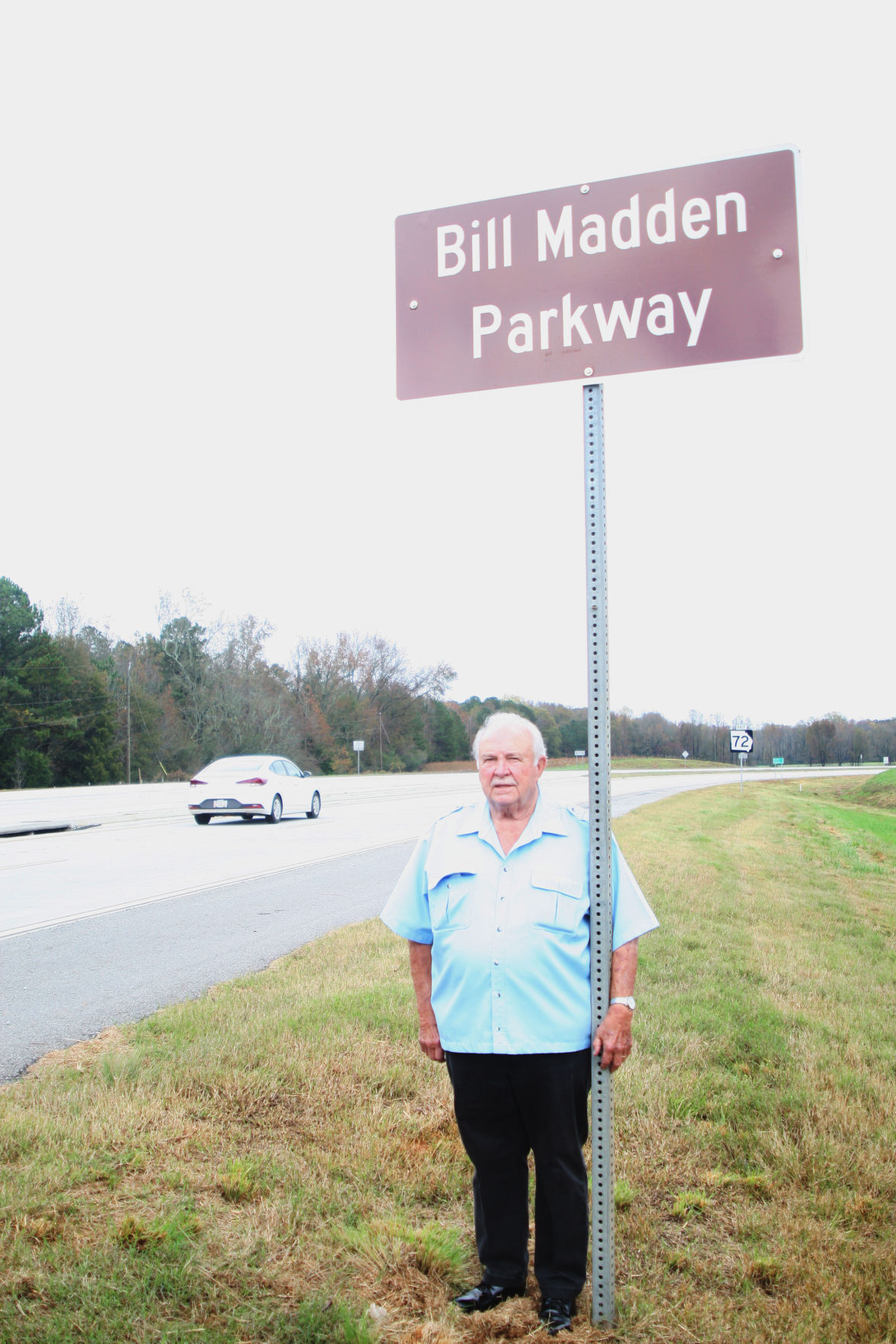 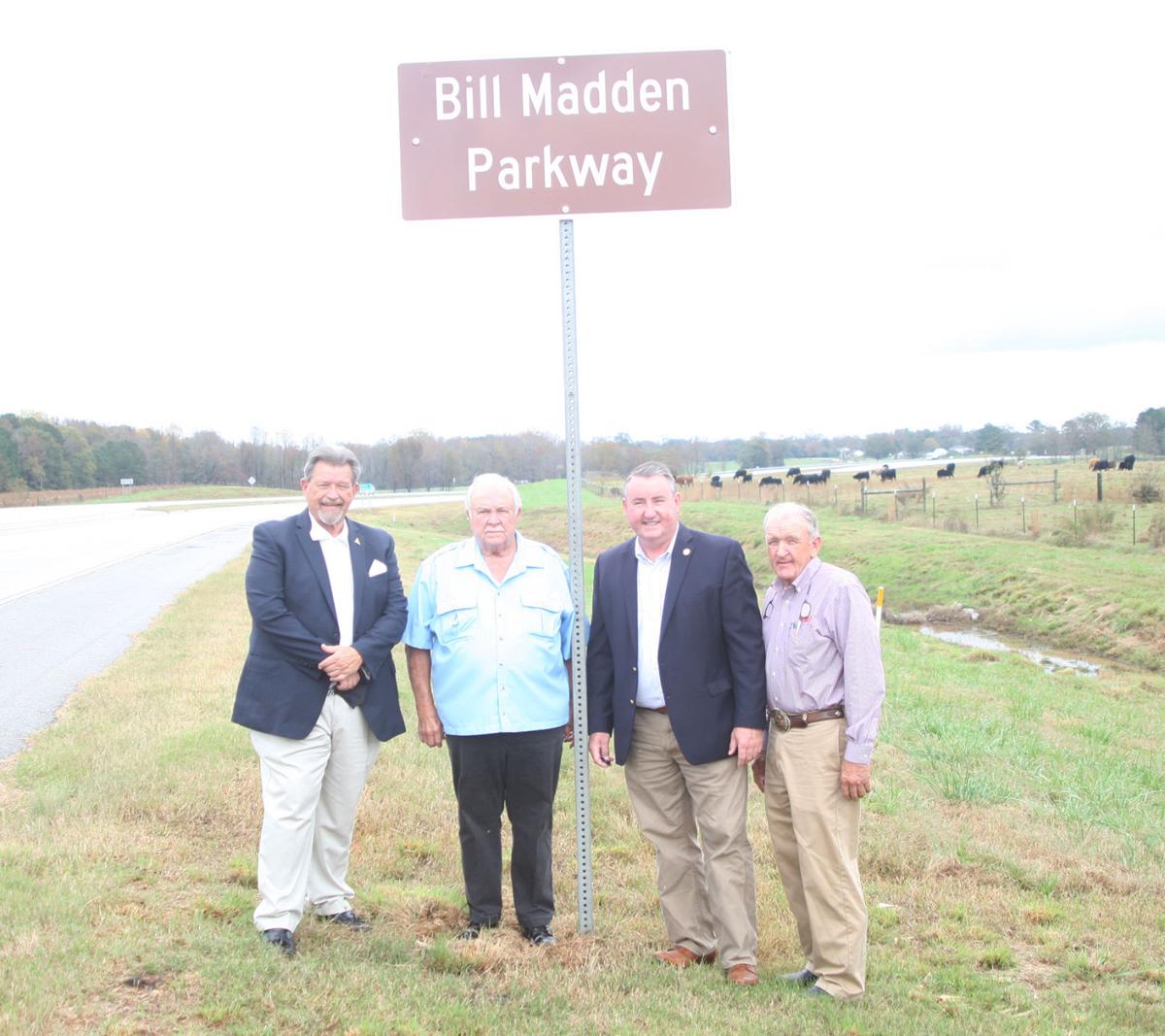 Bill Madden and his wife, Jean, are pictured with local friends and elected officials at the new sign at Hwy. 72 and Hwy. 98.

Former Madison County Commission Chairman Bill Madden was known for getting roads paved locally. Now he has a road named after him. Hwy. 72 from Hwy. 98 in Comer to the Elbert County line is now the “Bill Madden Parkway.”

Madden was recognized at the Hwy. 72/Hwy. 98 intersection Nov. 12 by a group of his friends and local elected officials.

State Senator Frank Ginn thanked Madden for his work as commission chairman from 1985 to 1997.

“You said you were going to make Madison County into paved roads, and you did, with these guys’ help, the legislature, and Louie Clark,” Ginn told Madden. “I thank you for everything you did to help Madison County to get us out of the red mud that was all over the roads.”

“I thank you so very much for the honor,” he said.

“At the end of my 12 years, Madison County had a new government complex, senior center, library, transfer station, a $60 million wood product plant, 300 miles of paved roads and a retirement plan for all county employees,” he said.

“I had the good fortune to work with some of the finest people in Madison County, Mayor John Waggoner, Sheriff Jack Fortson, Rep. Louie Clark, School Superintendent Jim Perkins, Roy Gandy, and many others,” he said.

The former BOC chairman said Madison County is a great place to live.

“We have good schools, good churches, and good people and an excellent recreation department,” he said. “It is a wonderful place to live and raise a family. As chairman, I worked every day to make Madison County a better place. I want to thank the people of Madison County for supporting my restaurant and my time in office. I want to thank our local elected officials for being here today and all the nice things you said. I don't deserve it, but I will take it! God bless and stay safe.”