Once again, in these volatile political times, I must immediately establish that I am not a Republican or a Democrat. I have voted for candidates from both parties over the years. I thought, and always have, that we are supposed to vote for the candidates who are best qualified and most likely to do the job they are elected into at the highest level. I consider myself an American voter. I always will vote for candidates who will serve and protect the United States of America. That being said, I would like to throw out another puzzling question I have. Whatever happened to patriotism?

I grew up in the fifties and sixties. I was raised to be proud to be an American. Television action shows and movies made it clear that we faced two formidable enemies in WWII, Germany and Japan. Shows from the sixties and seventies made it clear that we had another formidable enemy, Russia. I remember watching news clips of the Russian premier Nikita Khrushchev pounding on the podium at the United Nations Assembly with his shoe and vowing, “We will bury you.” I lived through the Cuban Missile Crisis, when Russia put nuclear missiles in Cuba, just miles from Florida. That with news media coverage of Cold War incidents left no doubt in my mind who the enemy was. The news agencies of the world kept the public aware of what was going on internationally and nationally. The news media kept us informed about our enemies, foreign and domestic. The media kept crooked politicians in line. Were it not for the media, Richard Nixon would have gotten away with illegal activities while being President.

My patriotism led me to join the United States Navy in 1969, even though I did not know how to swim. I served my country for four years in Naval Security. I knew Russia still had only one goal, to destroy and bury our country. They still do today. Do not doubt that for one instance.

Then in 2016, our intelligence and every allied intelligence group in the world revealed how Russia had influenced our presidential election through social media manipulation. Our media once again put the news in front of the U.S. public. Unfortunately, the winning Presidential candidate had already unleased a campaign of misdirection. He was the first person I ever heard use the term “fake news.” I believe it was the day after the news aired his discretion admitting to an interviewer that he could sexually assault women because he was a “star.” After that, any time the media tried to hold him responsible for his continuing blunders he would say it was fake news.

In the 2020 Presidential election, amazingly millions of American again voted for Trump. Thank God, millions more voted for Joe Biden and we will once again have a real president who puts our nation first. I am proud, as a Georgian, that our state voted for Joe Biden and let the world know we are not just another racist and bigoted state. As to explain why so many people still voted for Trump, I have a few thoughts but they would take hours to explain but all are very legitimate reasons based on facts, not crazy, made-up reasons.

To show the world we are sincere about being a progressive state, leader of the South, we need to seal the deal by voting in two new Senators in January. In addition to their making money off the pandemic news while keeping Georgians in the dark about the pandemic, I am deeply troubled as a patriot. Our Republican Congress voted to put sanctions on a Russian oligarch, Oleg Derispaska (and six others linked to Putin and Trump’s supporter, Paul Manafort), who headed the social media manipulation in 2016. Trump had the Senate vote again and surprise, Perdue and the Republican senate voted to remove the sanctions and allow this true enemy of the U.S. to renew his financial gains.

Where are our patriots? Veterans and parents and children of veterans seem to be a likely source to right the above wrongs. They have fought and served our country, vowing to protect our country from threats, foreign and domestic. Jan. 5, 2021 is the next opportunity for all American and Georgia patriots to send a message to the country and the world and vote out the two Trump supporters, Perdue and Loeffler. I for one can’t wait until next week’s election results come out. I hope to see lots of patriots standing up for our great Democracy.

This is important perspective, Mr. Craig; thanks for writing. As a Baby Boomer, too, I have lived the same experience. Unfortunately, a surprising number of our generation evidently weren't paying any attention to the threats to our democracy along the way of their lives. Their inattention seems to have left them vulnerable to manipulation by threatening agents as well as just plain old scammers and con men. How can they be so easily duped? We have real threats to our way of life from afar, not just Russia, but the rise of China's considerable power. They both know how to manipulate from within our population; it's so very easy now with social media and the internet. They learned it from Hitler. It's a subtle and long term ploy and it seems to be working. We must turn this around for the sake of our grandchildren's future. 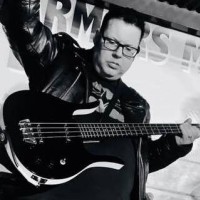 Great letter Craig. I've been wondering the same things. My Dad fought in WWII in the Pacific theatre against imperialist forces from Japan. He was in the battle of Saipan. My Uncle was in Europe fighting the fascists in Germany. I am well versed in history and have travelled all over the country & all across Europe. In regard to your comment about "Fake News," it is a phrase I have heard before. While visiting Germany, I learned that the Germans of WWII had a word for it. "Luggenpresse." which translates to ""Lying Press." It's a classic propaganda technique used to discredit the truth and promote the agenda of an authoritative government. We have witnessed a step by step dismantling of our democracy by extremists, desperately trying to hold on to power. The worst part of this whole scenario, is they used the propaganda, to pit the Citizens of our great country against each other. Democrats can love this country too, & be patriots. I resent the assumption that we are supporters of Communism, when all we really want is affordable healthcare. I find it ironic that there are groups flying flags of the American revolution in support of a political party that wants to throw out an election in order to keep their party's leader in power. That is what we fought the Revolutionary war about. We rejected autocratic rule and abolished the English monarchy. I think we need to press the re-set button. Many Americans need to take a deep look inside of themselves. We came very close to losing our freedom, and the threat came from within. One by one, Trump's supporters are being thrown under the bus. With a megalomaniac, eventually your number will come up. They are only loyal to themselves. That is the truth that cannot be denied.