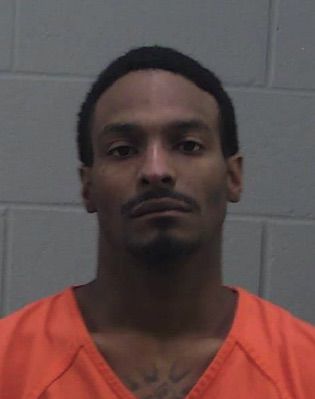 A Georgia State Patrol trooper was fired upon after he used a P.I.T. (pursuit intervention technique) to stop a vehicle he was pursing on Hwy. 72 between Hull and Colbert Tuesday night around 10 p.m.

According to Madison County Sheriff’s Captain Jimmy Patton, the trooper used the maneuver to force the vehicle into a ditch on Hwy. 72 near Meadow Lane. As the trooper exited his patrol car, the suspect got out with an assault-style long gun and fired on the officer, then fled into the woods.

The officer returned fire, Patton said, but neither he nor the suspect were injured.

Timothy Demone Carruth Jr., 24, of Colbert, was arrested about 1 a.m. Wednesday morning when K-9 officers from the Department of Corrections located him after an hours long search, which also involved a GSP helicopter and numerous law enforcement agencies.

Carruth has been charged with failure to report an accident or provide assistance, felony fleeing or attempting to elude a police officer, hit and run, aggressive driving, reckless driving, driving without a valid license, failure to stop for a stop sign, failure to maintain lane, driving on divided highways and willful obstruction of a law enforcement officer and is in the Madison County Jail. Patton said more charges are pending.

According to a press release from the state patrol, the Georgia Bureau of Investigation (GBI) had been called in to investigate the incident and Carruth has also been charged with aggravated assault of a police officer.

A post on the Madison County Sheriff’s Office’s Facebook page last night informed the public of the ongoing search for the suspect and warned that there would be a heavy police presence in the area and that the suspect was still believed to be “armed and extremely dangerous.”

It was unclear as of press time why the trooper sought to perform the traffic stop on Carruth.