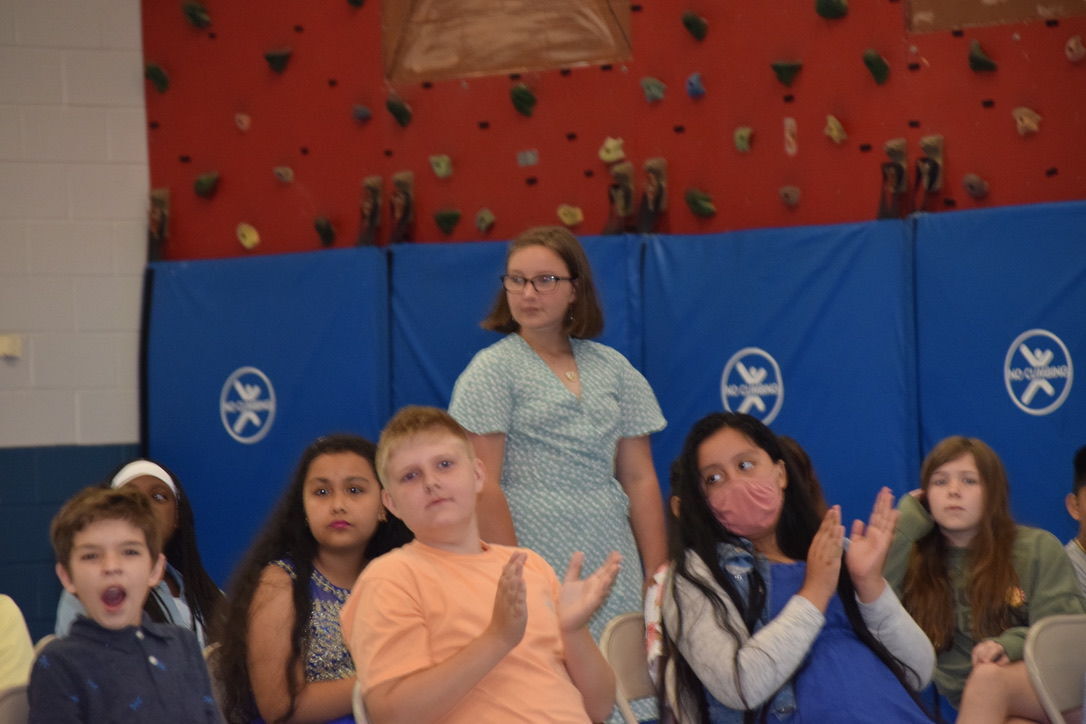 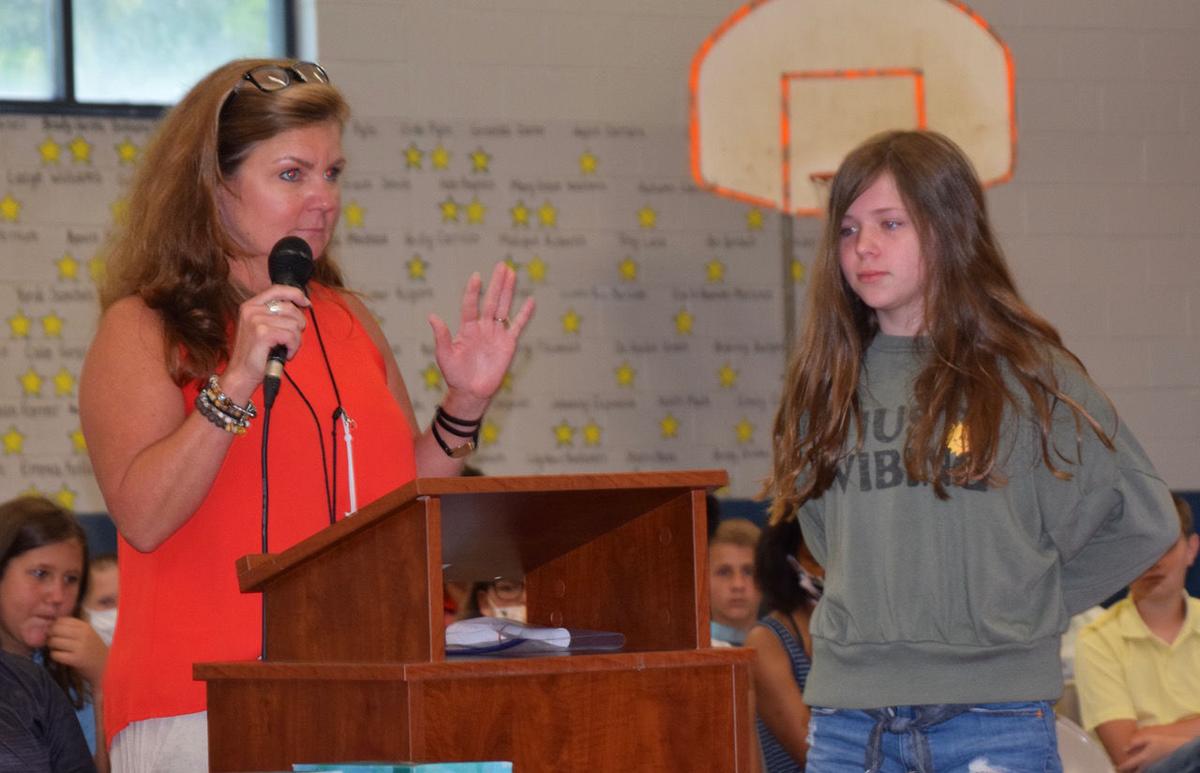 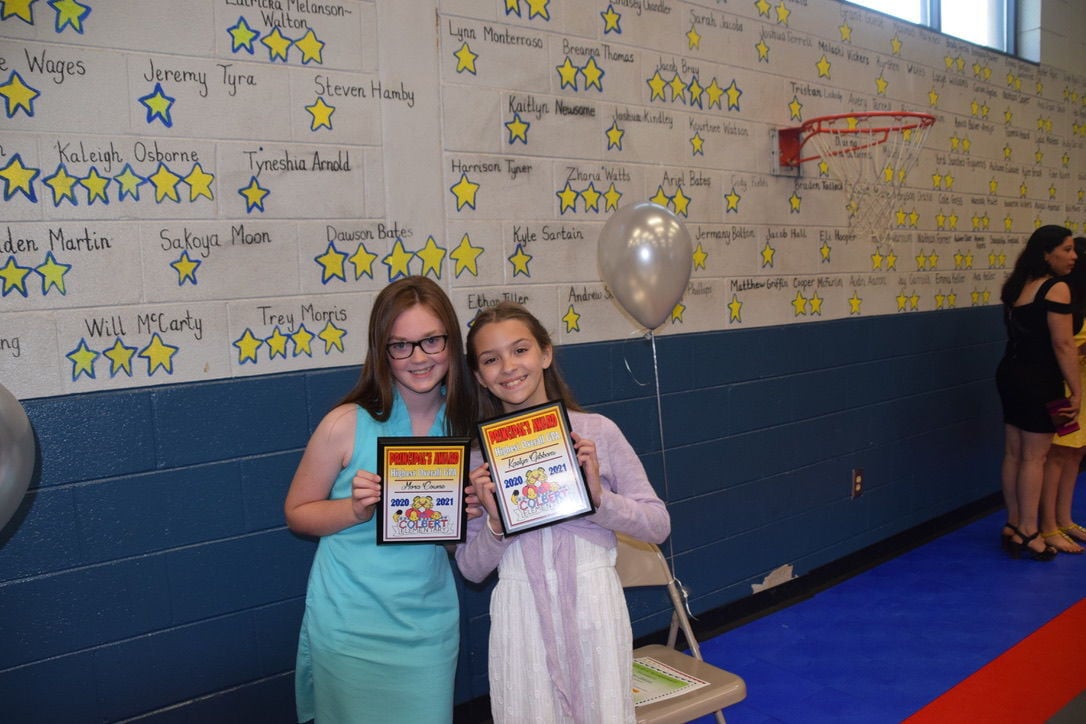 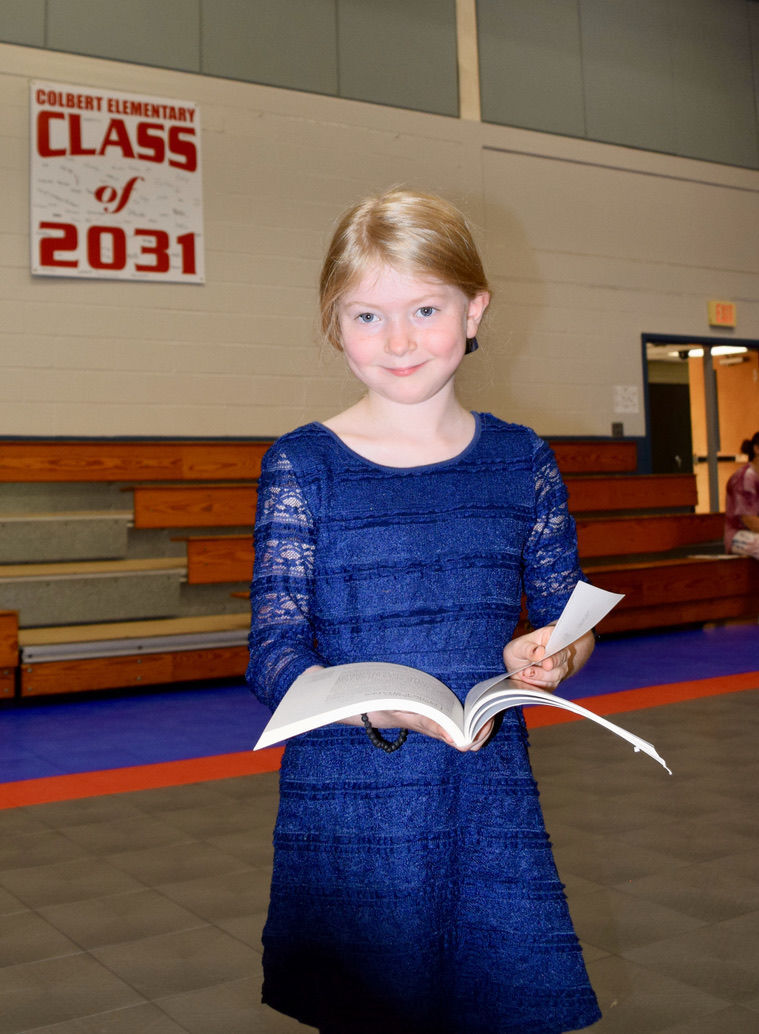 Proud parents and satisfied students walked out of the Colbert Elementary gym the week before school closed. Each grade level had its own assembly where teachers honored students who had exceled in each subject area.

Teachers gave certificates in music, P.E., STEAM, as well as all academics and CHAMPS. CES has been stressing reading for several years, and this year, students who had read a million words were recognized for the accomplishment.

A science award was given for super achievement and interest in science to Claire Tucker, Jayden Hill and Keyshunn Ainsworth. Aiden Colvin, Lane Moore and Brayden Zellner took home social studies awards. The music award went home with Braxton Sorrow and Daylee Bradley while the STEAM award was presented to Braden Zellner and Whitney Bryant.

Some organizations outside the school area who worked with students also recognized those young people who did outstanding jobs. CHAMPS, Choosing Healthy Activities and Methods Promoting Safety, is a program run by the sheriff’s deputies and teaches exactly what the acronym stands for. In the fifth grade, one student was chosen by her peers as being best at those objectives. Kylie Rushing won that award. The spelling bee’s final winner was Kaelyn Gibbons who was recognized along with the finalists.

The Woodmen of the World gives an award each year to a fifth grader who goes beyond the normal interest in Social Studies, and Aiden Colvin received that certificate. Awards for Leadership were given by the 4-H club to the officers for leading the club meetings and participating in several projects.

The Cougar Challenge awards recognize students who have worked hard and made the most improvements by coming to school prepared, having their homework, and being ready to learn. These students were Brody Meadow, La’Kyla Bolton and Beau Drake.

The final award was given to students who have an overall average of 98 in all subjects. The highest GPA award was earned by Kaelyn Gibbons and Mora Cowne. “So many students did outstanding work in several areas and received awards that there were too many to list them all,” said school leaders. “But that is a wonderful problem to have – too many achievements to list. However, they all received certificates and left the gym knowing that they had achieved excellence and were honored for their achievements. So, on Tuesday, a gym filled with fifth graders, having grown taller and smarter even through a pandemic, left the school as middle schoolers.”