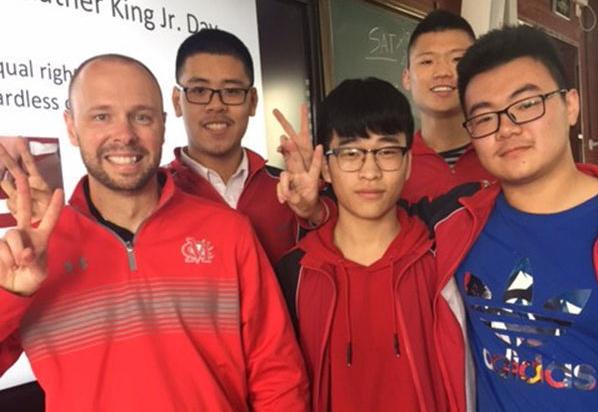 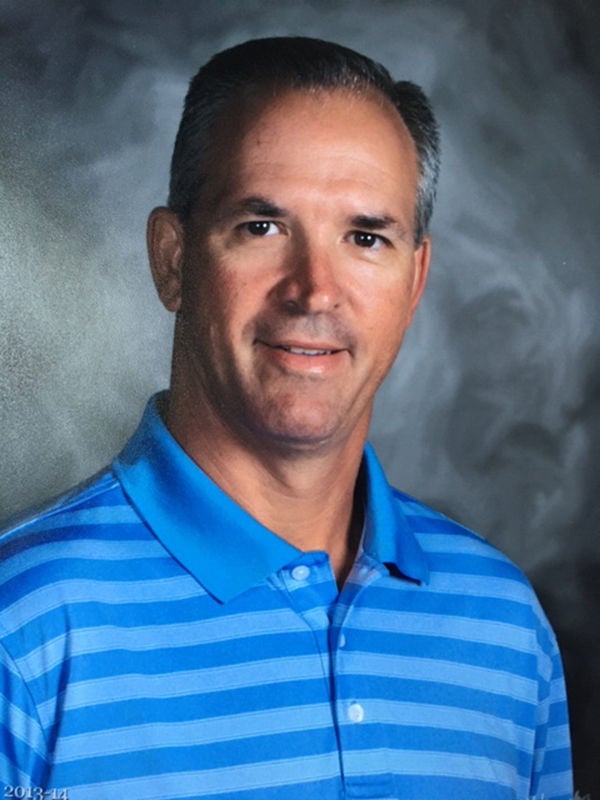 Before David Harrison was a decorated educator at Madison County High School, he was a 2000 Red Raider honor graduate, who was also a captain of the soccer team and a state qualifier on the cross country team.

“In those years he coached eight different sports, usually because no one else wanted the job, and while teaching AP government at MCHS, he had some of best scores in the county, consistently besting the global average,” a current MCHS teacher said.

Two years ago, Harrison moved on to take a position at River Ridge High School in Cherokee County, and just a few months after joining the staff he was named “Teacher of the Month.”

Harrison, a standout educator, reflects on the contributions of some of his teachers during his days as a MCHS student, particularly from Coach Carey Metts.

“Entering high school at the start of ninth grade can be a scary time for many students,” said Harrison. “Fortunately for me, I found a friendly face and constant source of positive encouragement from my ninth grade health teacher, Coach Carey Metts. On the first day of school when I walked into Coach Metts’ room, I knew I was going to enjoy having him as a teacher because I felt we had a lot in common, especially a love of sports, and I knew I was going to enjoy his class early on because of his kindness, positivity, and energy he brought to the classroom every day.”

Harrison said Coach Metts always greeted students when they walked in the door with a kind word, pat on the back, or good-hearted joke.

“I also always appreciated how Coach Metts encouraged me and my classmates to become better at whatever we attempted,” said Harrison. “I will always remember Coach Metts asking our class each day if anyone was interested in playing JV football. While visions of grandeur flashed in my head, I quickly then remembered playing eighth grade football and hating being a tackling dummy, so I quickly said no. Until one day when Coach Metts asked me to stay after class to discuss why I wasn’t interested in playing football. While I don’t remember the exact words of wisdom he shared during this chat, I do remember leaving that room feeling like I was going to win the Heisman Trophy that year so I decided to play football again!” Harrison said “Coach Metts just has that ability to make someone feel capable of achieving greatness and becoming a better person than they realize.”

“I also will always remember a day in the weight room when Coach Metts again pulled me aside to encourage me,” he said. “I was quite a weakling at the time and as a soccer player, I felt working out was a waste of my time. After a quick conversation with Coach Metts, I came to understand the importance of taking my time in the weight room more serious, which undoubtedly helped me to grow as a runner and soccer player.”

Harrison said he was fortunate to “develop many incredible relationships with exemplary teachers as a student and later teacher in Madison County.” He said has tried to be like Metts as a teacher.

“I have often tried to emulate Coach Metts in my own professional career by trying to match his enthusiasm for learning and working with young people,” said Harrison. “Coach Metts likely doesn’t realize how many countless lives he has impacted throughout his career just by having a kind word of encouragement and positive attitude each day.”

“While David Harrison and Carey Metts are both incredible educators who have devoted a limitless amount of time and energy to Madison County schools, the more incredible fact is that Madison County has so many other educators just as committed to making a difference in the lives of young men and women,” said a current MCHS teacher. “Committed to helping them become hard-working, dedicated contributors, just like Coach Harrison and Coach Metts.”