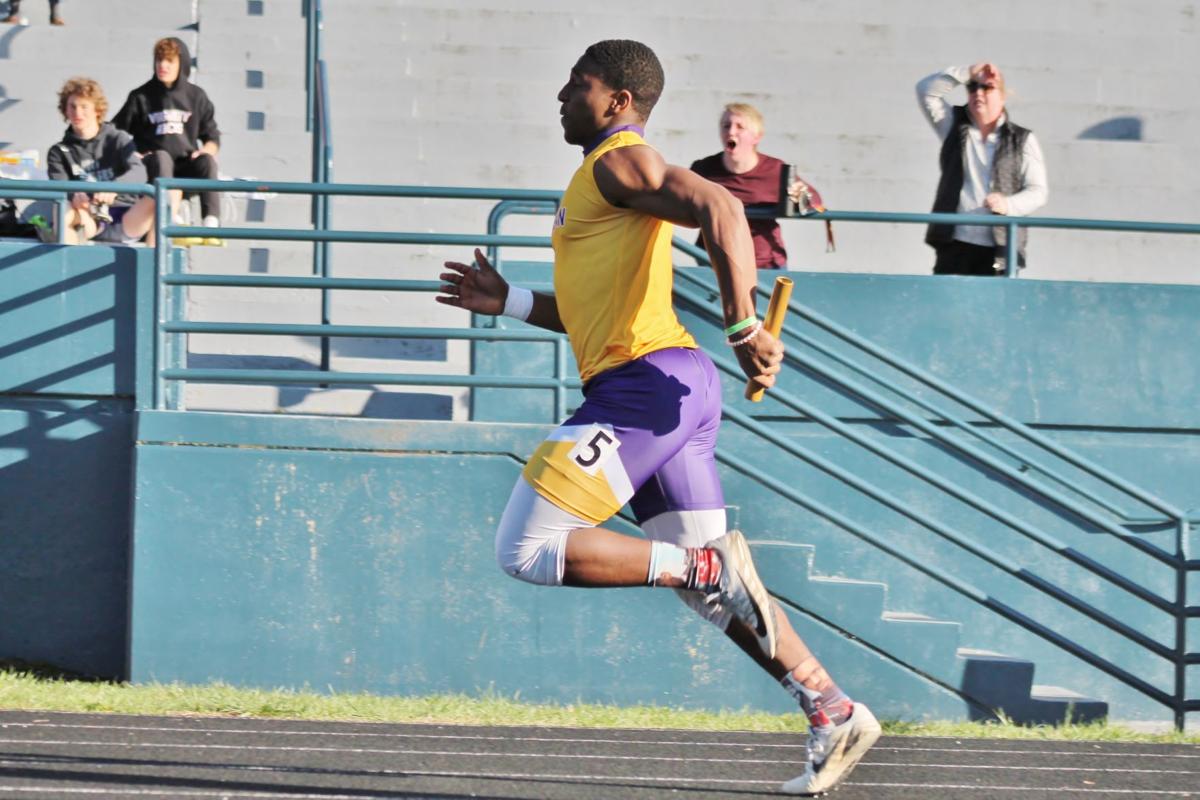 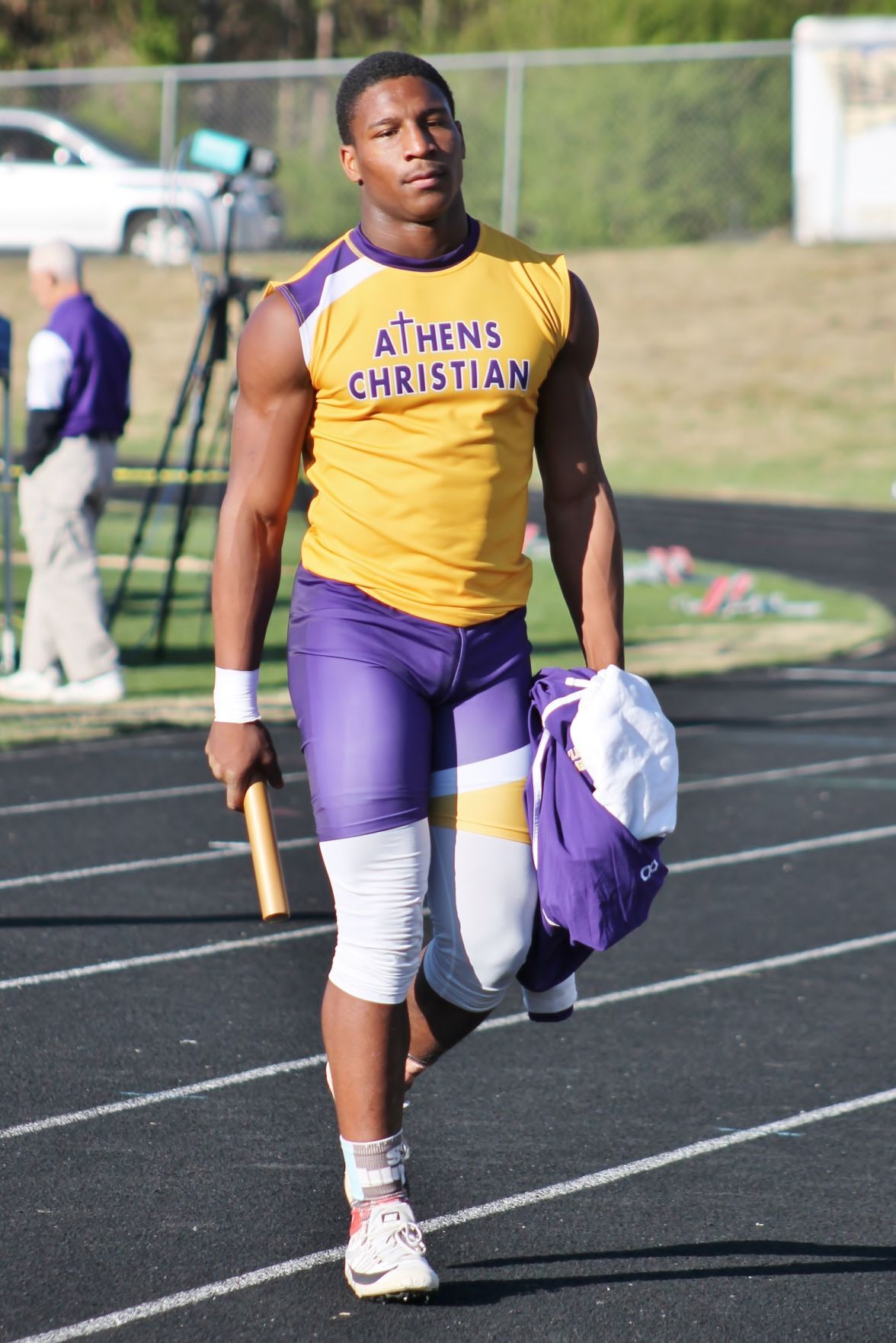 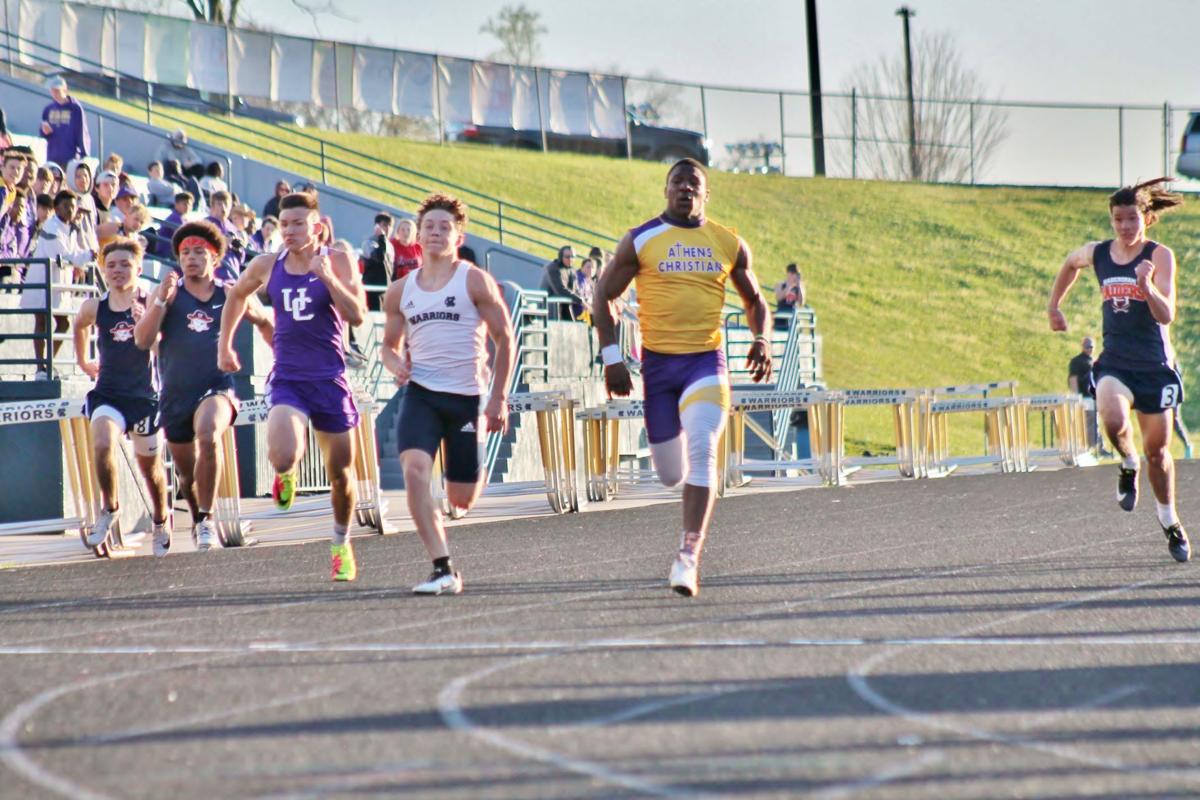 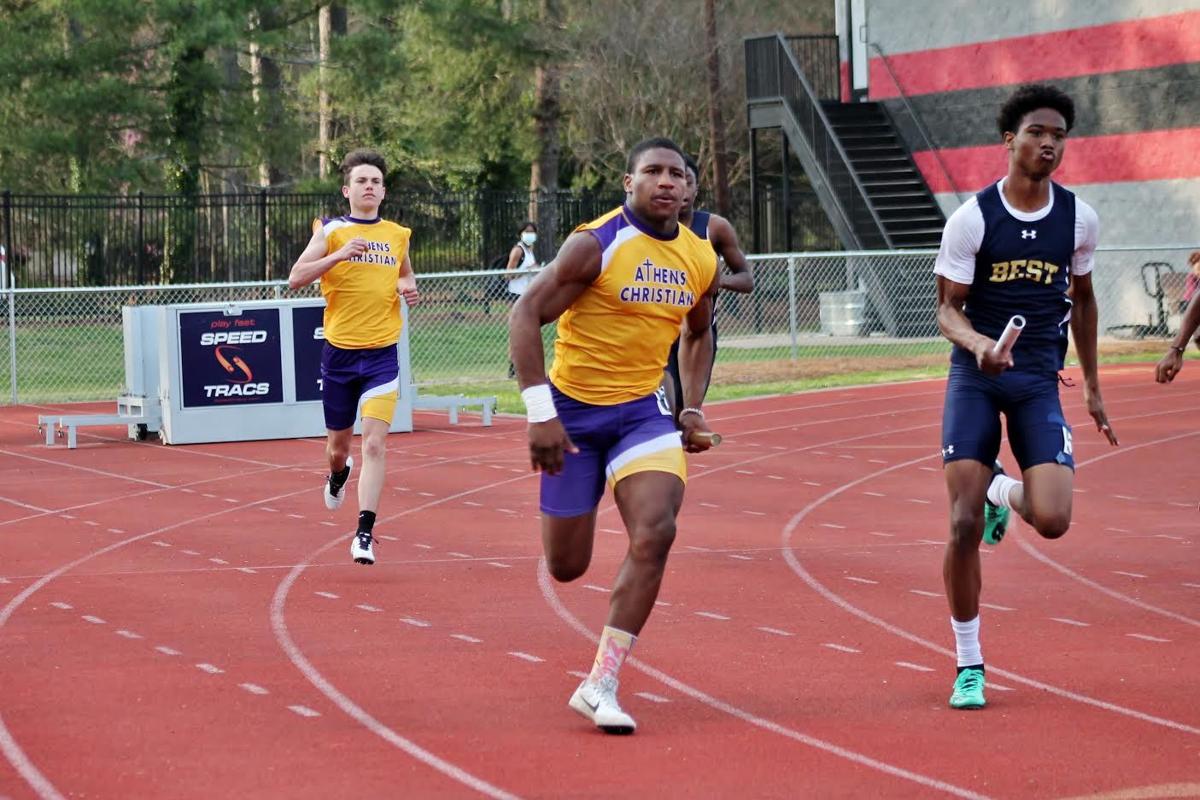 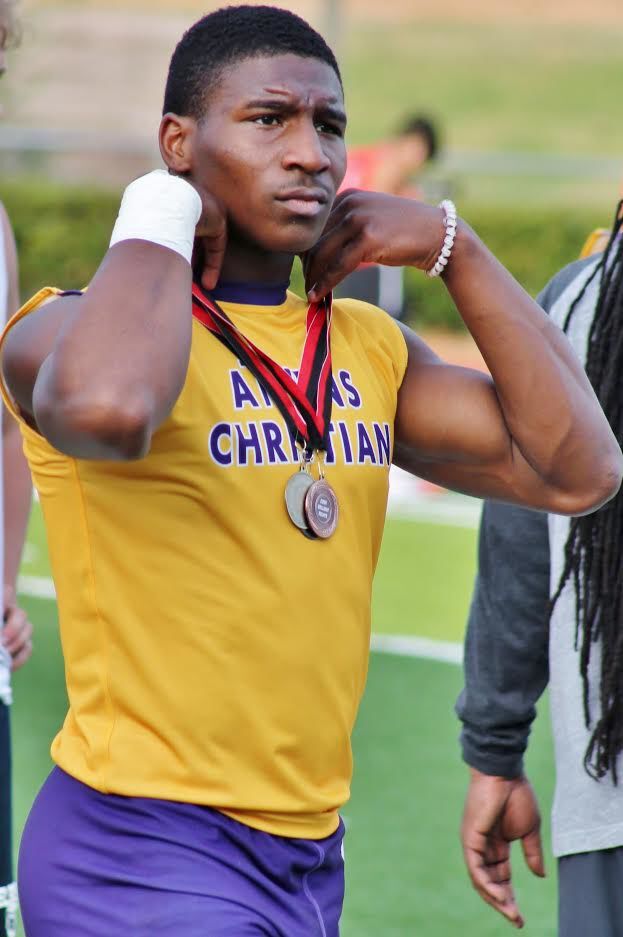 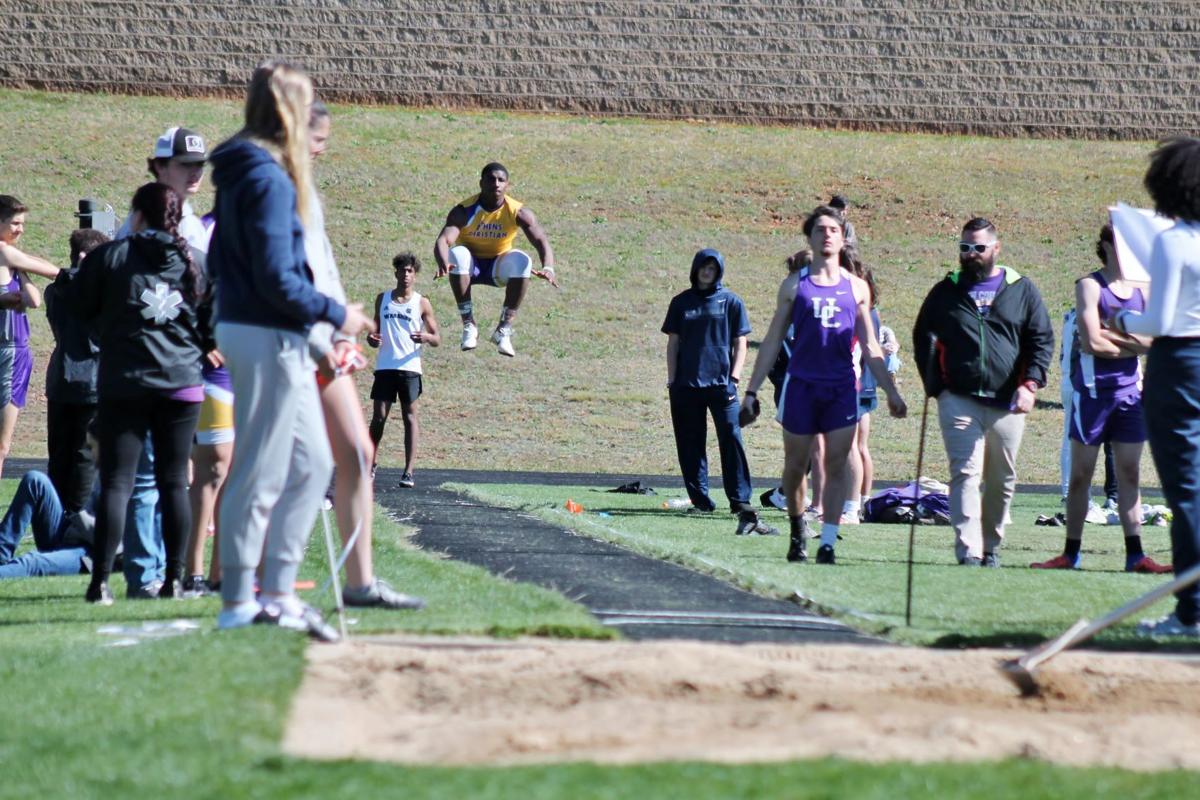 Johness Davis tore his ACL during football of his freshman year, then suffered a second tear during basketball of his sophomore season.

But the Madison County resident hasn’t let injuries stop him from chasing his dream of an NFL career. The Athens Christian junior was one of the top football players in the Athens area in 2020, rushing for over 1,700 yards, despite not playing until several weeks into the season.

Davis said the emotions were heavy after the injuries, but he said his family showed him the support he needed to get through it. Davis, the son of Nathan Curry and Queasha Goodjoines, has two brothers, Nalen and Navy Curry, who also attend Athens Christian and play on the football team, helping lead the team to the playoffs in 2020.

“I was down every time I would wake up in the morning and couldn’t walk how I wanted to or run how I wanted to,” he said. “But they would tell me it’s a small setback for a major comeback.”

And when he got back on the field this past fall, he showed competitors that he was back.

“It felt great,” said Davis of returning to action. “After all that work and rehab, it was time to show what I’ve been doing and show that it was time for a comeback.”

Davis says his knee is 100 percent.

“It feels great,” he said. “I can do whatever I want, whenever I want. I don’t even have leg pain anymore.”

Davis is competing now in track, showing off his versatility as a sprinter and in the shot put, reminiscent of Hershel Walker and Nick Chubb, who did the same.

“He’s an unusual kid in that I have him in the shot and I’ve got him in the 100 and 200 and the long jump,” said Athens Christian track coach Tim Cummings. “He’s pretty explosive and the first time he threw the shotput he threw it over 40 feet.”

Cummings said Davis is a “great kid, really coachable and a good student” with real perseverance, who continues to show improvement.

“The kid never got a negative attitude through the whole (rehab) process,” said Cummings. “He just never got down. He just said, ‘Hey, it will all work out.’ And he was just like that. He just never lost heart. It would be easy for me and you to say, maybe I’m not supposed to do this. But he did not. And he always stayed positive and said the Lord has a plan and is going to take care of me. And he’s persevered and he had a great football season. He’s a junior and Lord willing he’s going to have another great one. So far, track has been helpful to get his feet underneath his hips when he runs and use his hands. He’s getting faster and jumping further.”

Davis has won 100 and 200 meter races for ACS this season, along with the long jump, where he leapt nearly 21 feet recently. He’s finished second in the shot put this season.

Cummings said college interest for Davis will likely increase with further evidence that his knee is OK. He already has an offer from West Point.

Davis said he wants to get to the NFL. Outside of that career path, he’s interested in business and being an entrepreneur.

“My dad puts us in our minds that we can have our own brand, our own businesses,” he said. “We like to makes clothes, jerseys and things like that. We have a brand already, S.O.S., which can mean a lot of things. We could say, ‘Surviving off of Salvation,” that’s what we usually say.”

The more immediate goal will be on the gridiron in 2021.

“This year in football, I want to play a full season,” he said. “I want to break over 2,000 yards, because every year I’ve come maybe 300 yards short. I want to break the records I’ve already set at Athens Christian.”