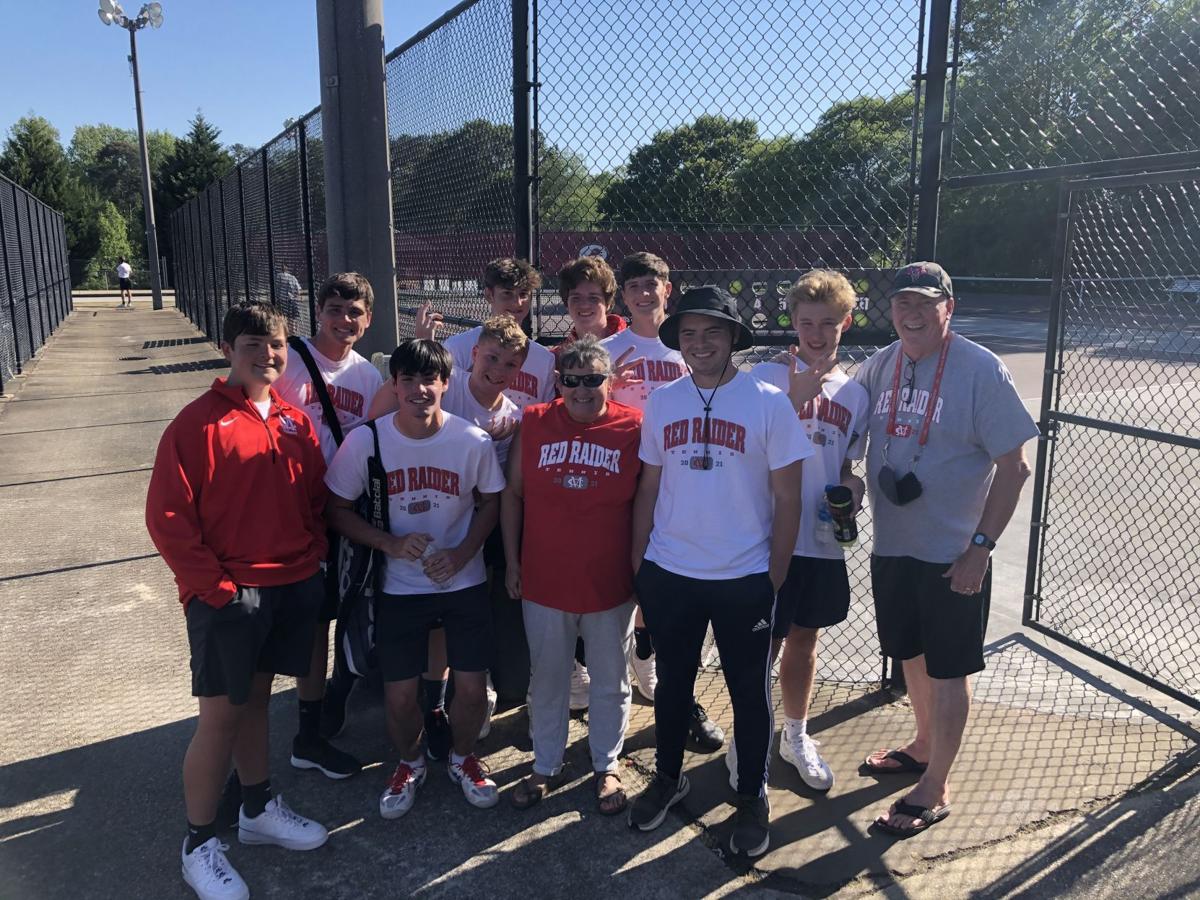 The Madison County boys' tennis team is pictured after downing Central Carroll to advance to the Class AAAA Elite 8. 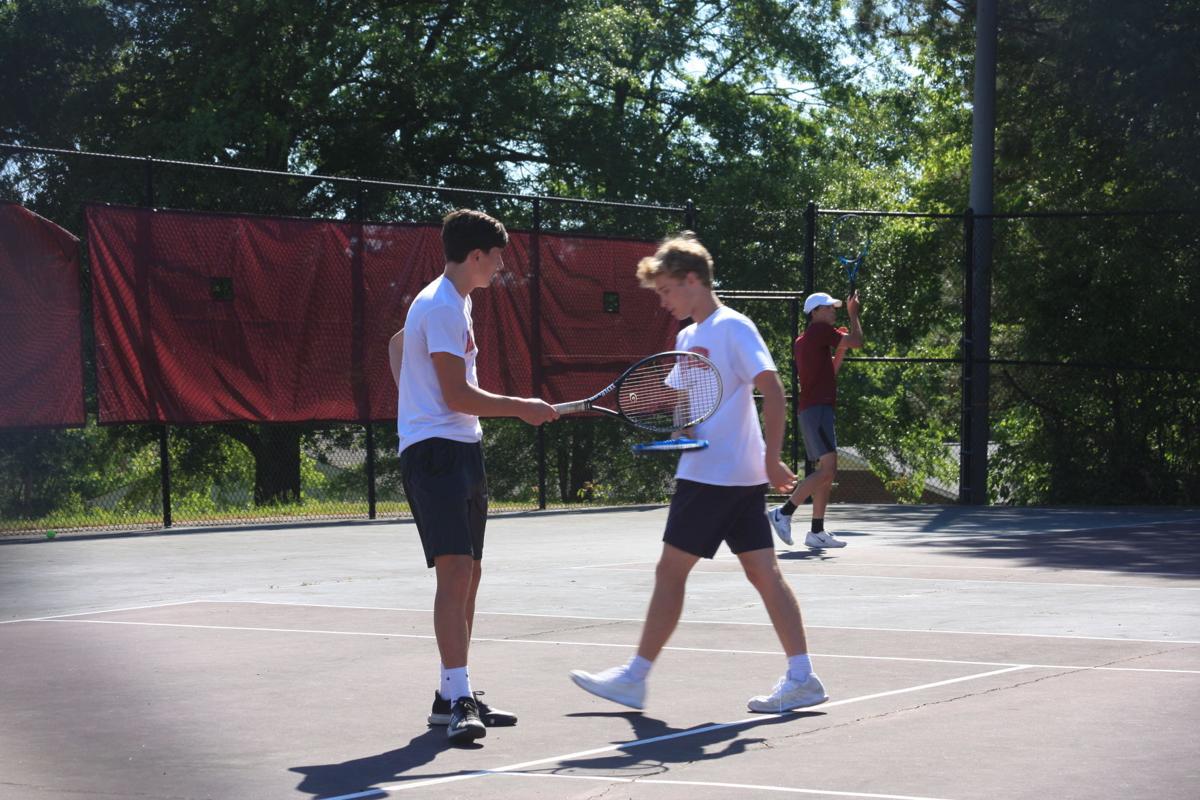 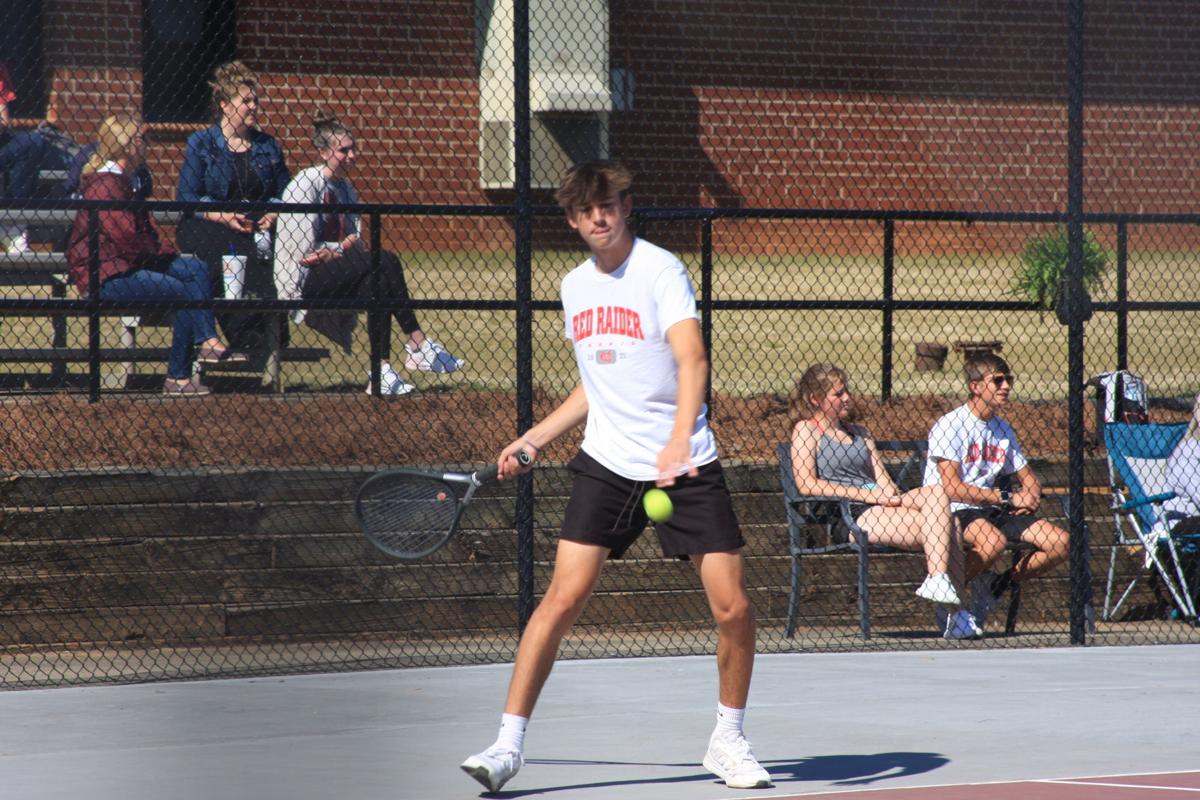 The Madison County boys' tennis team is pictured after downing Central Carroll to advance to the Class AAAA Elite 8.

The Benedictine supporters were loud at the Bacon Park Tennis Club in Savannah as their team they battled the Red Raiders.

“They were just cheering the team on, but it was pretty rowdy for a tennis match,” said Madison County head coach Keith Strickland.

But in the end, it was the Madison County contingent that had something to shout about, as the Red Raider guys captured a Class AAAA quarterfinals win to advance to the Final Four, where they will face Marist.

“Our crowd was overjoyed and jumping up and down and enjoying the moment,” said Strickland.

The coach, whose 2013 team advanced to this state finals, said this year’s team just proved itself week after week, “and here we are.”

“I’m just really proud of the team,” said Strickland. “We didn’t have high expectations at the beginning of the season — of course we had goals, but we were young, but we just got better and better and we stay in the game. We don’t give it up too soon. We try to start strong and put pressure on the other team. I’m just really proud of what they’ve accomplished, the boys and the girls.”

Madison County’s girls’ team members made the long trek down I-16 to support the guys. The girls advanced to the Sweet 16 in Class AAAA before falling last week.

The Final Four showdown will be at Marist and must be played by Tuesday. He said he’s hoping to possibly have the matchup on Friday.

“I think the team we played today might have underestimated us coming in,” said Strickland, who said his three-seed Madison County team plays in one of the toughest regions in Class AAAA. Region 8-AAAA champion North Oconee is also in the Final Four.

The guys punched their ticket to the Class AAAA Elite 8 showdown in Savannah by downing Central Carroll 3-1 in the second round of the state tournament April 22.

Strickland said the guys “played within themselves and attacked from the very beginning” versus Central Carroll.

“They didn’t show a lot of nerves as their matches began,” he said.

“As that initial adrenaline rush slowed, they let their opponents back in the set but maintained the lead at 5-4 before closing out the sets at 7-5 each,” said the coach. “Both Tate and Mason got a second wind and blew their opponents off the courts 6-1 in their second sets to put us up 2-0.”

The coach said the number-two doubles team of Jacob Hall and Justin Neagle “played the best I’ve ever seen them play, striking the ball so cleanly.”

The duo lost a very tight first set tie breaker, 5-7 and couldn’t regain their form from the first set to go down in straights — taking the team to 2-1.

“The match came down to our most consistent position all season,” said Strickland. “Landon Hall and Evan Thomas (number-one doubles) went on court and played a tremendous first set but lost the momentum in the second as Central’s Lions came roaring back to take the set. But Landon and Evan were up to the task and quickly went up a break in the third set to run away with it and give us the team win 3-1 and a trip to the Elite 8.”

The girls had to wait to go on court until the boys finished.

The Red Raider girls lost at number two singles and number two doubles to go down 1-2.

“At number-two doubles, Addison Peeples and Reece Williams fought hard but came up short in the first 5-7 before falling in straight sets,” said Strickland. “Anna Cowart and Karsyn Daniels took their first set and looked to be in control before losing the second as the Lions forced a third set. In the third, we were down 2-5, but Anna and Karsyn fought back to get to 5-5 before losing 5-7. This gave Central the 3-1 win.”

This was the girls’ first state tournament run since 2018. They finished in the Sweet 16 tied for ninth in the state in Class AAAA.