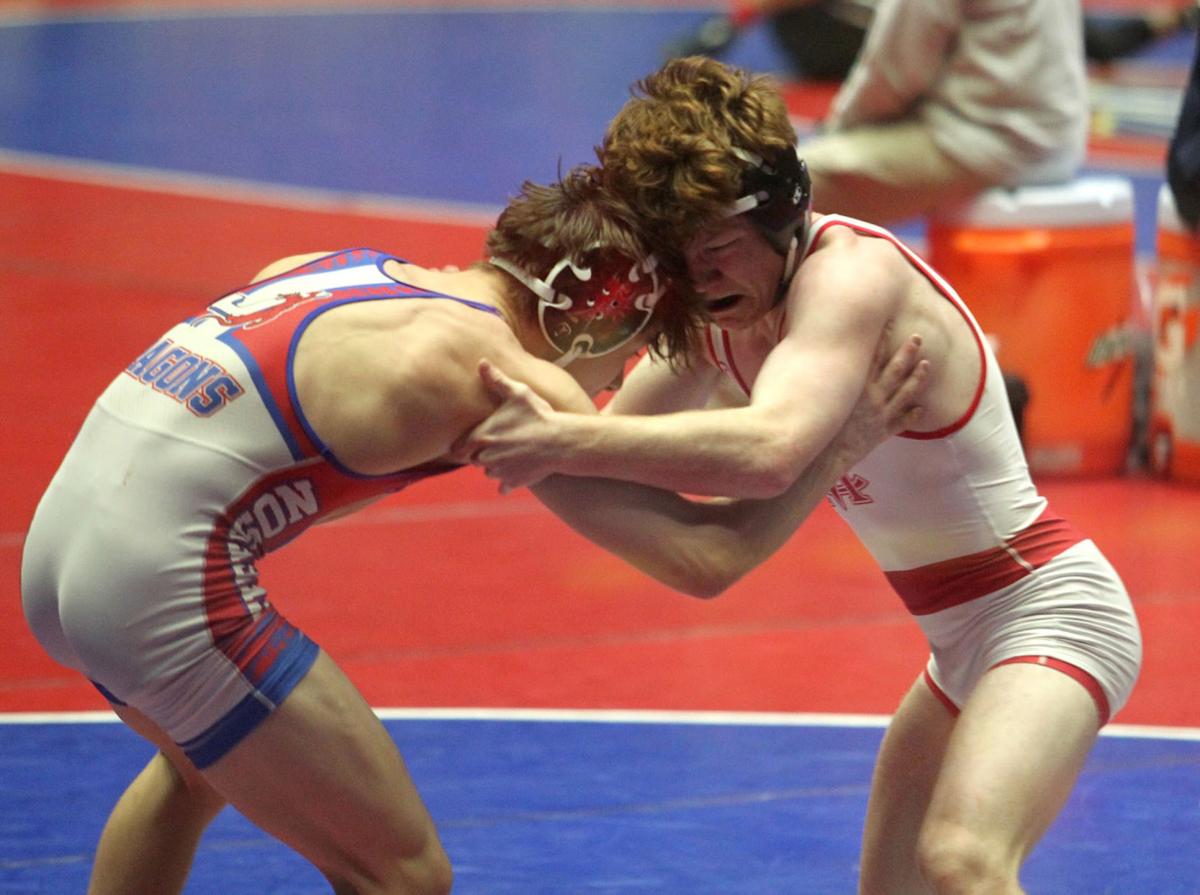 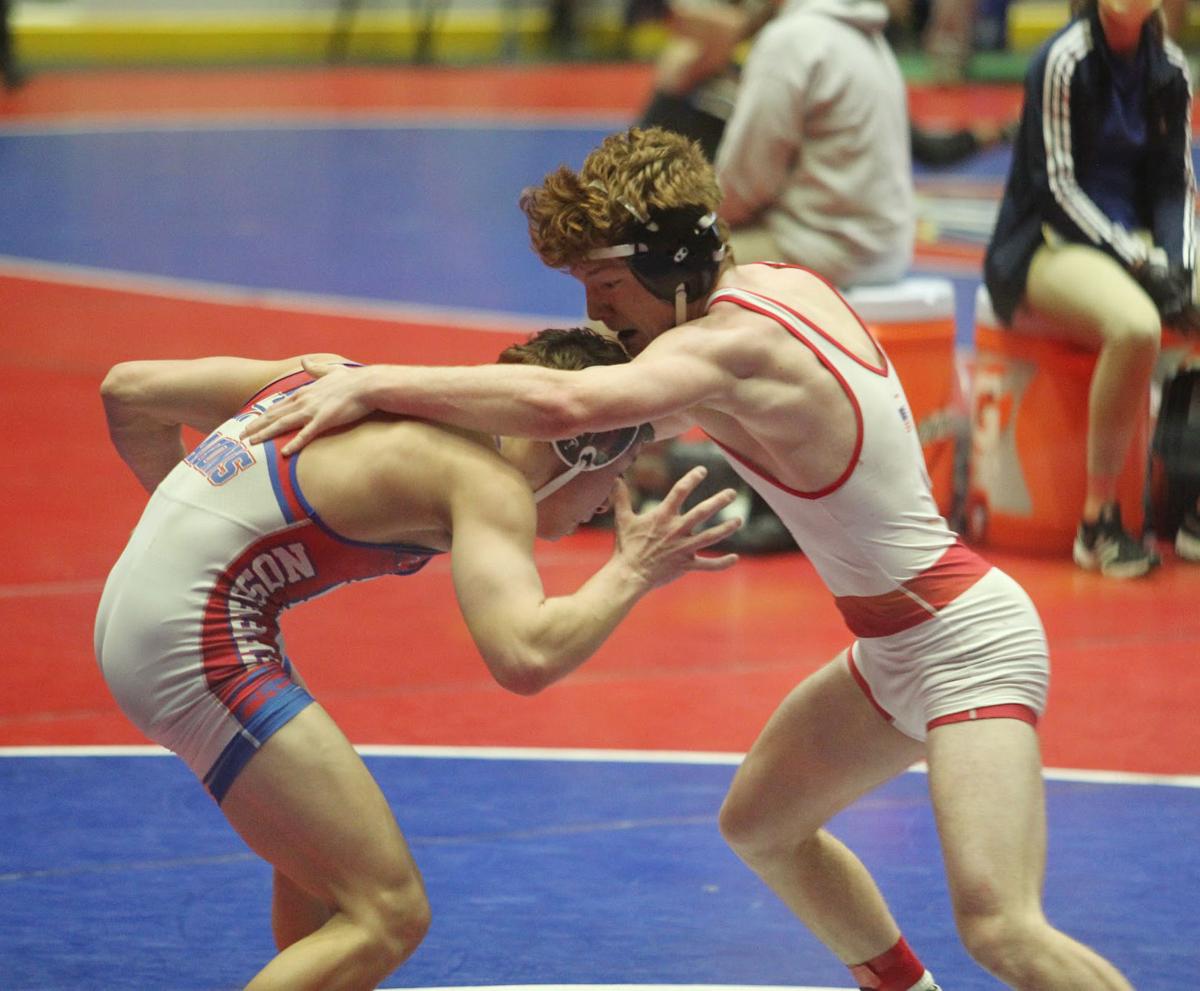 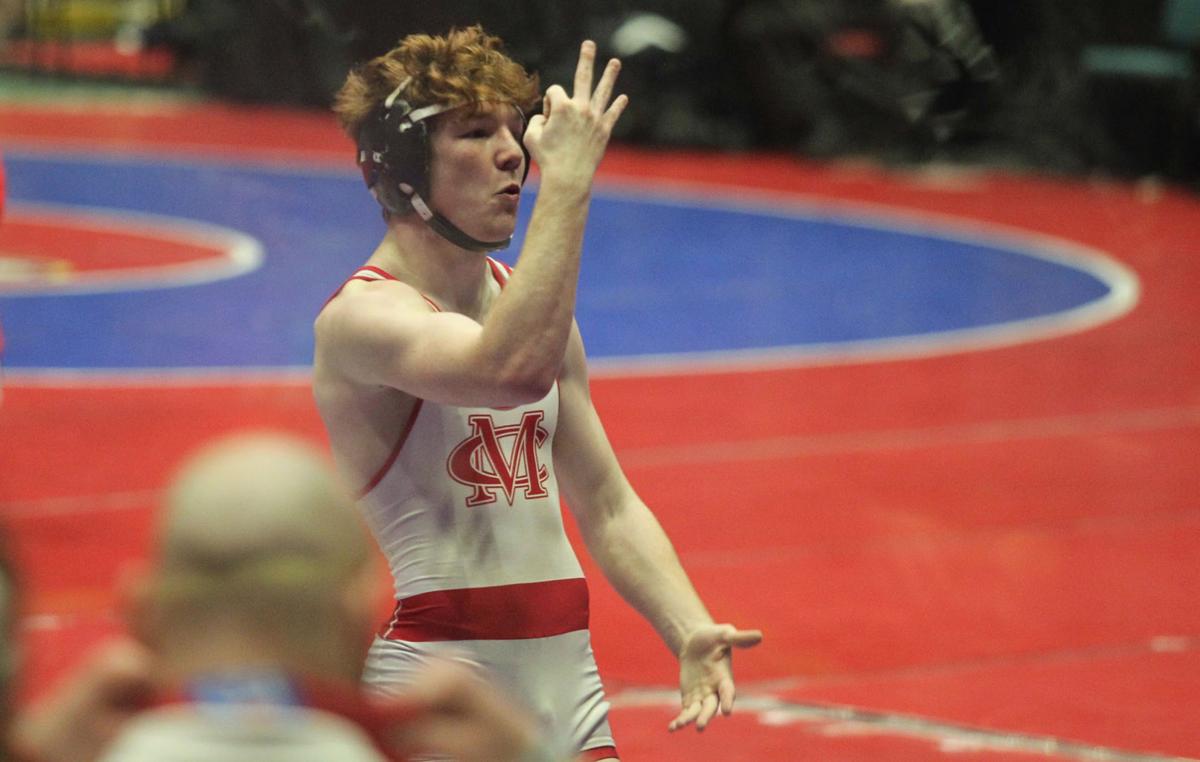 Madison County’s most accomplished wrestler says you gotta’ take your knocks to get to the top.

“Number one, one of the top things is getting your butt whooped when you first start out, because that’s the only way you’re going to get better,” said the Red Raider senior. “You get beat up for about two years and you decide you’re tired of getting beat up. So you decide to get good. When I was little, I got beat up a whole bunch at wrestling tournaments. So that definitely goes in to it.”

Kincaid remembers his earliest days of wrestling. Those memories pre-date kindergarten. He started at age 4.

“Whenever I was really little, I’d go to beginner tournaments,” said Kincaid. “I only knew one move, and that was the headlock. And so I would just go and headlock people, and I’d either pin them or I’d get pinned.”

Red Raider head wrestling coach Richie Houston remembers the young Kincaid, who was among the first Madison County kids in the county’s youth wrestling program. In particular, Houston remembers Kincaid’s performance in an exhibition match when he was paired against the son of then Clarke Central Coach Tim Stoudenmire.

“I think pretty early on, you could see this little red-headed kid is going to be something special,” said Houston.

“In the finals, he gave up a takedown, but came back and scored and scored and took the lead,” said Houston. “I saw some patience in his eyes, the difference from being a freshman and a senior. He stayed patient and kept chipping away, never panicked and got the go-to takedown there at the end.”

Jefferson grabbed the Class AAAA state title again. The perennial wrestling power is the top program in the state. And Region 8-AAAA is the top region in Georgia in 4A, with North Oconee and Flowery Branch finishing behind Jefferson in the state traditionals.

Kincaid said it was nice to beat a Jefferson wrestler for the title.

“I have a really bad thing for Jefferson,” he said. “It’s a rivalry thing. It makes me feel good to get the win over them.”

The Red Raider senior emphasized that “All of my success is through God, none of it through me.”

“When I was a little kid, I just wrestled because my parents wanted me to,” he said. “I enjoyed it, but these past two or three years, I’ve been wrestling for God.”

Kincaid said wrestling gives him a platform to bring honor to God.

“I think having a higher authority, a higher value really pushes you through the hard times and keeps you motivated,” he said.

Houston said Kincaid’s four-year run has been a continuation of eight years of previous program successes at state, which included the previous four years of four-time state finalist and one-time champion Cody Bond, as well as other wrestlers in that time.

Houston said Kincaid bought into what the coaches’ philosophy throughout the Madison County system, from youth wrestling to middle school to the high school.

“We teach a high pace,” said Houston. “When he’s on the mat, he’s going 100 miles an hour. His technique is great. He’s been wrestling for 14 years. He has a great Fireman’s Carry. He has what we call a head lever on top. One of the things we always preach to the guys when they get to high school is that wrestling is not about learning a million moves. It’s about learning the two or three moves you’re good at and perfecting them. He’s found that, those things he’s good at and great at, and he does them over and over.”

“We talk about that, having a motor, just non stop going,” said the coach. “He’s then nicest kid. He smiles, but when he gets on the mat, he becomes a freaking animal. The kids don’t even like practicing with him. He’s just so relentless in people’s face. And then you get off the mat and he’s just this kid who’s smiling all the time.”

Kincaid thanked his coaches, friends and family for their support.

He offered the following advice to younger wrestlers in the Red Raider system.

“I would tell the other wrestlers, the younger guys, that in order to get good, they’re going to have to get beat up,” he said. “There’s a formula. You get beat up for a little bit and then you decide to get good. And so even when times are tough and it doesn’t seem like there’s light at the end of the tunnel, keep pushing through and persevering, stay determined and keep your goals in mind. And you’ll have success.”