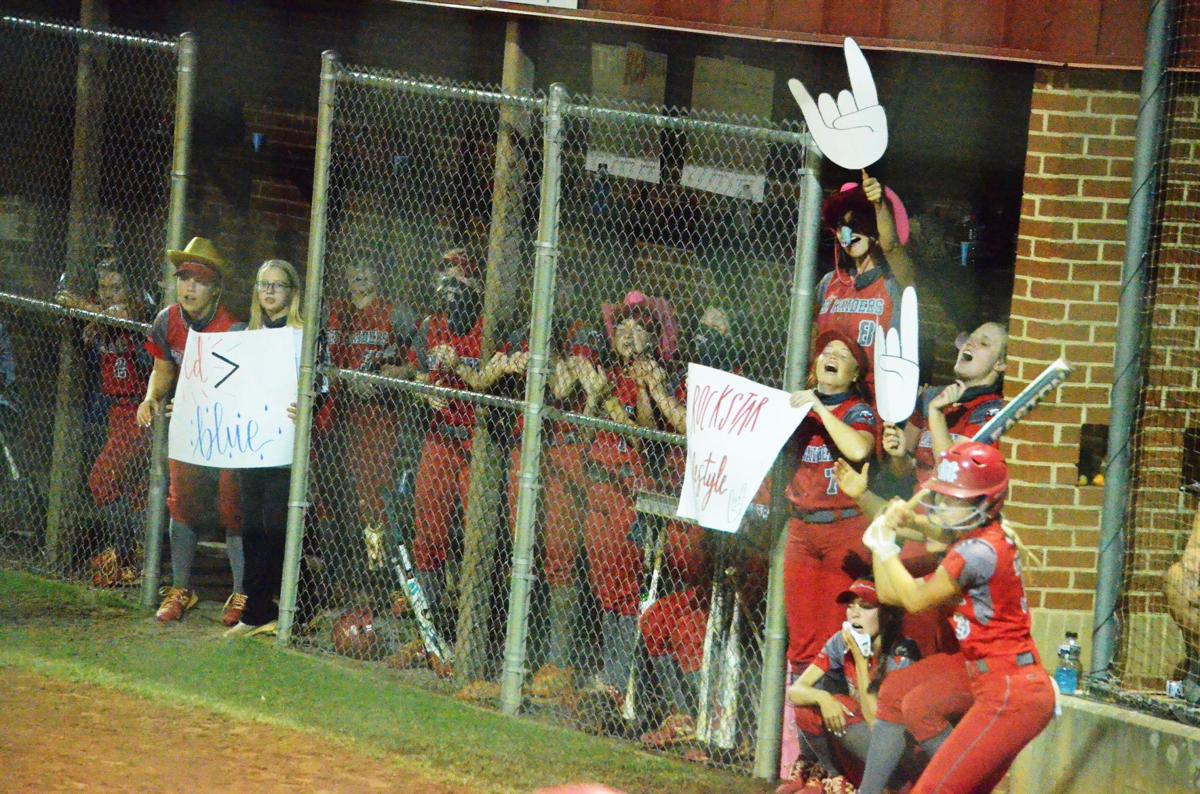 Madison County Red Raiders cheer for their teammates during the second game of the three-game series versus West Laurens last week. 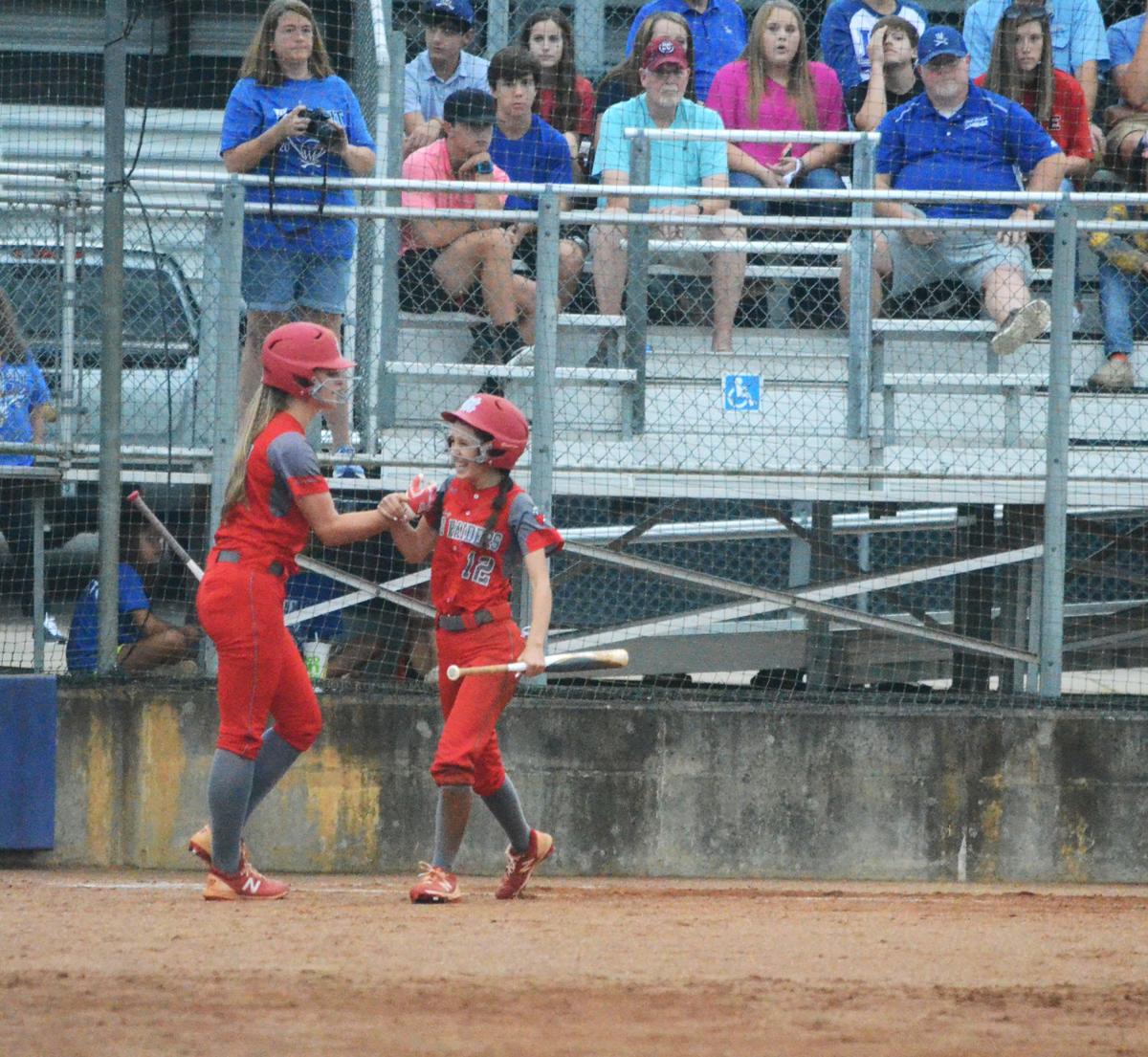 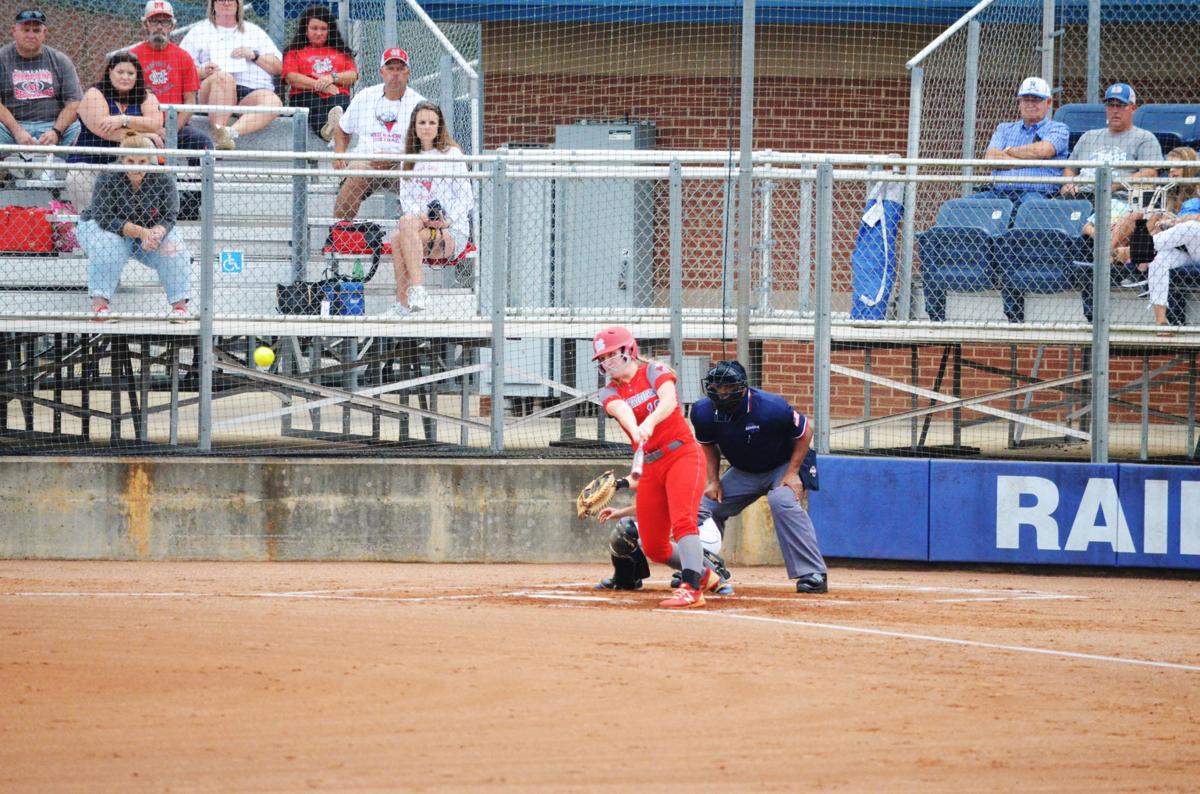 Madison County Red Raiders cheer for their teammates during the second game of the three-game series versus West Laurens last week.

The tears were there, but so are the memories.

Madison County lost 5-2 at West Laurens Wednesday to fall two games to one in the third round of the Class AAAA state softball tournament.

The Raiders concluded the season with 26-9 record and an Elite-8 finish. The usual eight-team tournament in Columbus was reduced to four teams this year due to the pandemic. Madison County seniors have been to Columbus their freshman through junior years, and though they don’t make the trip this year, they advanced far enough in the state tournament to make it to Columbus if the playoffs hadn’t been altered.

Raider head coach Ken Morgan saw the final at bat for his group of five seniors — Ella Chancey, Lily Crane, Lexi Jordan, Gracie Nix and Emma Strickland — who led Madison County to four straight trips to the Elite 8 and over 20 wins per season.

“They stood tall,” said Morgan of his seniors. “They have been special to the program and it’s hard to see them play their last time in a Raider uniform.”

Morgan said he’s seen the seniors grow over the years and that he’ll recall many moments with the group — summer camps, working in the weight room, practices, conversations, exciting games.

“The parents are talking about how four years flew by,” he said. “I’m very proud of how they have performed and what they’ve done for the program.”

The program has eight juniors right now, who will have to fill the shoes of this year’s senior class in 2021.

“We expect a lot out of them,” said Morgan, adding that he’s excited to see what next year’s class will do.

Madison County finished second in Region 8-AAAA in the regular season to Flowery Branch. The Raiders then easily knocked off Mt. Zion at home in round one of the state tournament, then traveled to Dunwoody where they defeated Marist two games to one, before traveling to Laurens County for round three last week.

Morgan noted that the other three teams in the Elite 8 who didn’t advance to Columbus lost their round-three series in two games, not three like the Raiders. So the Madison County year will go down as a fifth place finish at state.

Morgan offered thanks to his fellow coaches, as well all the students, parents, staff members and others who supported the team this year.

“I want to give a shout out to the community and all those who back us,” he said. “It’s always a great day to be a Red Raider.”

Here’s a recap of the Elite-8 series:

Madison County and West Laurens (also the Raiders) held each other scoreless through four innings in the opening game of the third round of the Class AAAA state tournament Oct. 27. But the Raiders rallied for three runs in the top of the fifth and then tacked on another run in the sixth, giving up just one run in the bottom of the seventh.

Emma Strickland was once again outstanding in the circle, striking out 12 batters while allowing just three hits, two walks and one unearned run.

Madison County had a chance to sweep West Laurens in the second game of the doubleheader, pulling out to a 1-0 lead when Claire Strickland drove home Echols in the bottom of the second inning. But West Laurens scored one in the fourth and another run in the top of the seventh to take the 2-1 win.

Madison County’s hitting was strong in 2020. But the team struggled at the plate in its final two games.

“We jumped on them in the first game,” said Morgan. “And then we never could get the bats going. They (West Laurens) are a scrappy team, but we just didn’t hit the ball as well as we could have.”

Madison County had six hits in the second game compared to just four for West Laurens. Emma Strickland and Riley Smith had two hits apiece. Ernst and Sam Minish each had a hit.

Strickland once again gave up no earned runs, fanning four and walking one in seven innings.

Emma Strickland pitched three complete games against Marist, a total of 21 innings. She then pitched 14 innings in the doubleheader against West Laurens and toed the rubber again to start the deciding game of the Elite-8 series.

After being shut down by the Raiders’ star pitcher, West Laurens started to hit Strickland in game three, collecting seven hits and four runs off the Raider senior in four innings. West Laurens scored one run in the second inning, then rallied for four in the fifth. Claire Strickland also pitched Wednesday, giving up one run and two hits in two innings.

Madison County led 2-1 going into the bottom of the fifth when West Laurens rallied for four runs. The girls from Danielsville tallied six singles on the day. Those with hits included Lexi Jordan, who had an RBI; Crane, Ernst, Smith, Claire Strickland and Emma Strickland.

West Laurens (32-6) went on to finish second in the state, losing to Heritage Catoosa in the finals.

Here are some noteworthy Raider statistics for the 2020 season:

•Claire Strickland batted .402 for the season with two home runs, 31 RBIs, nine runs scored, eight doubles and a .941 slugging percentage. She also had a 6-1 record in the circle.

•Gracie Nix had 11 RBIs and threw out seven runners attempting to steal, while allowing just 16 passed balls in 179 innings of work behind the plate.