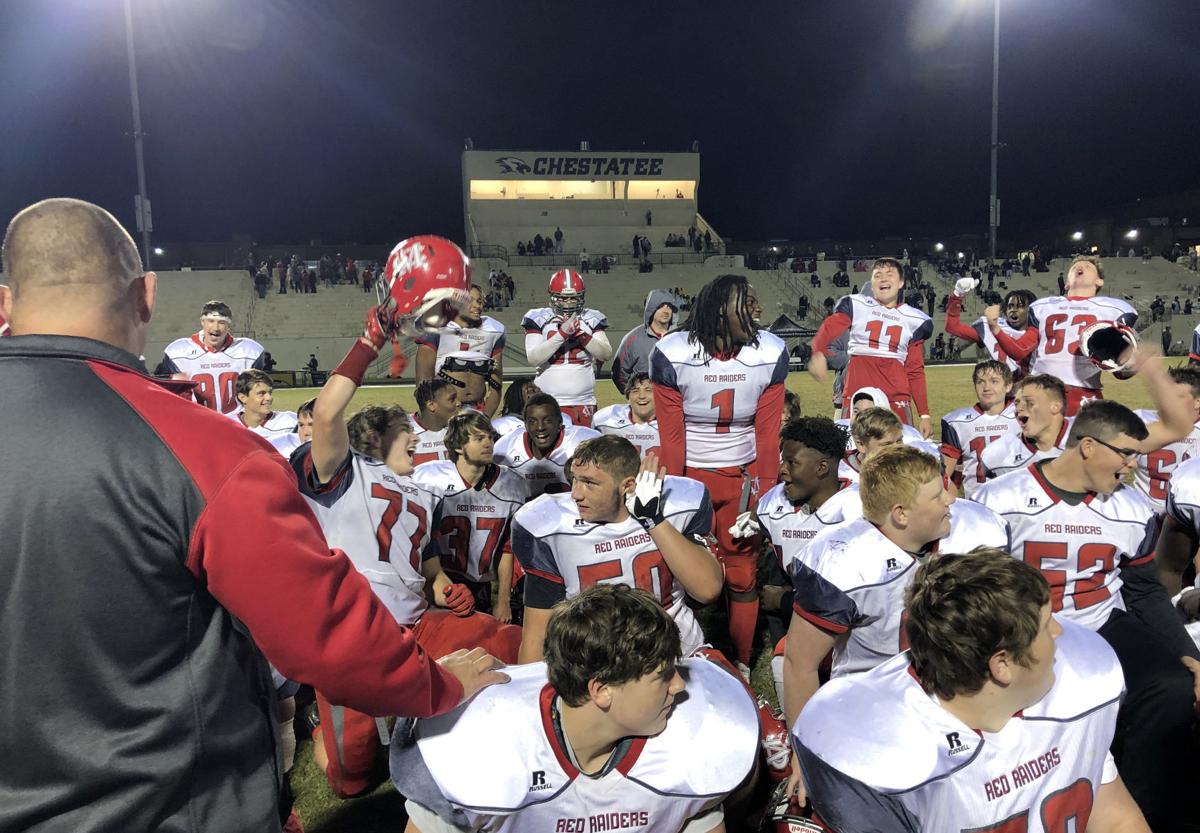 Madison County players celebrate after their victory over Chestatee Friday. 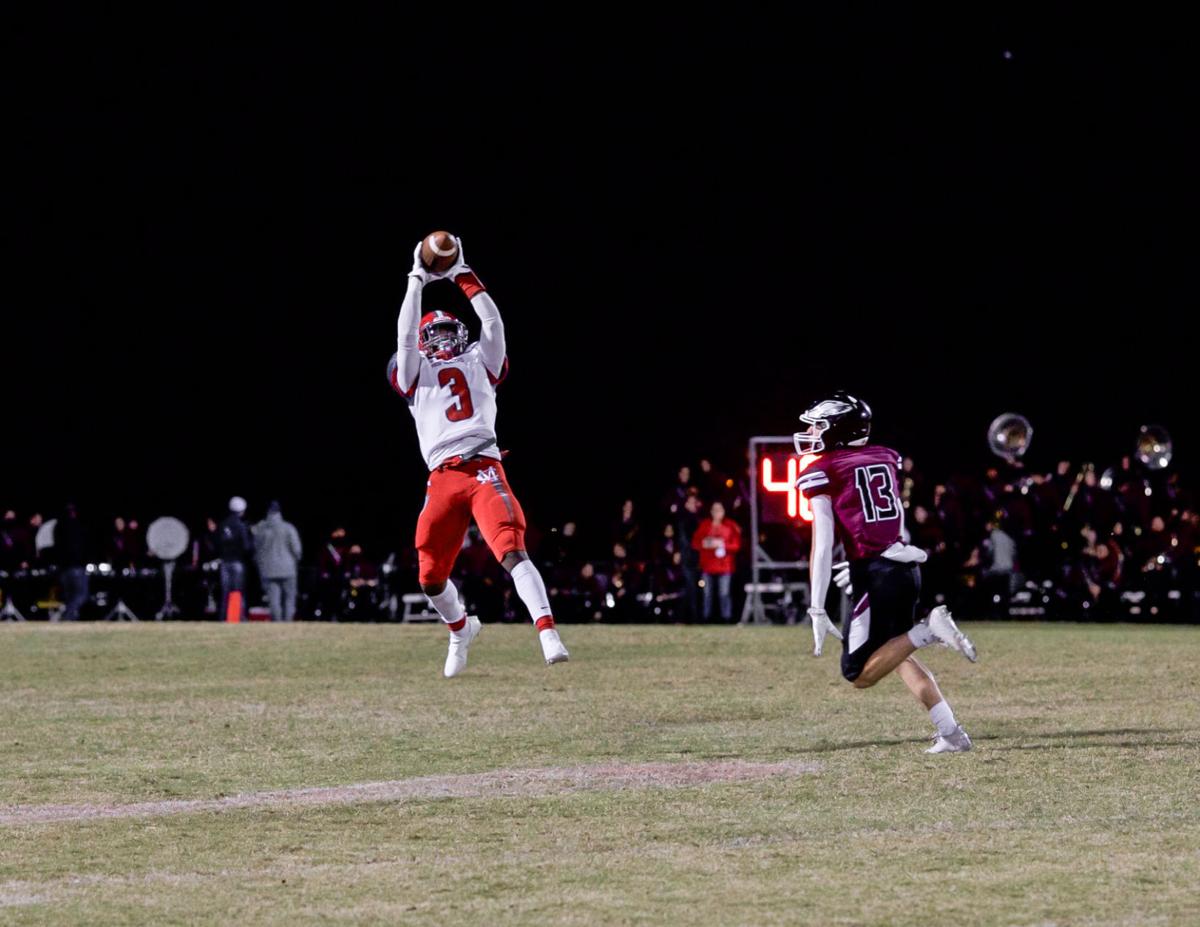 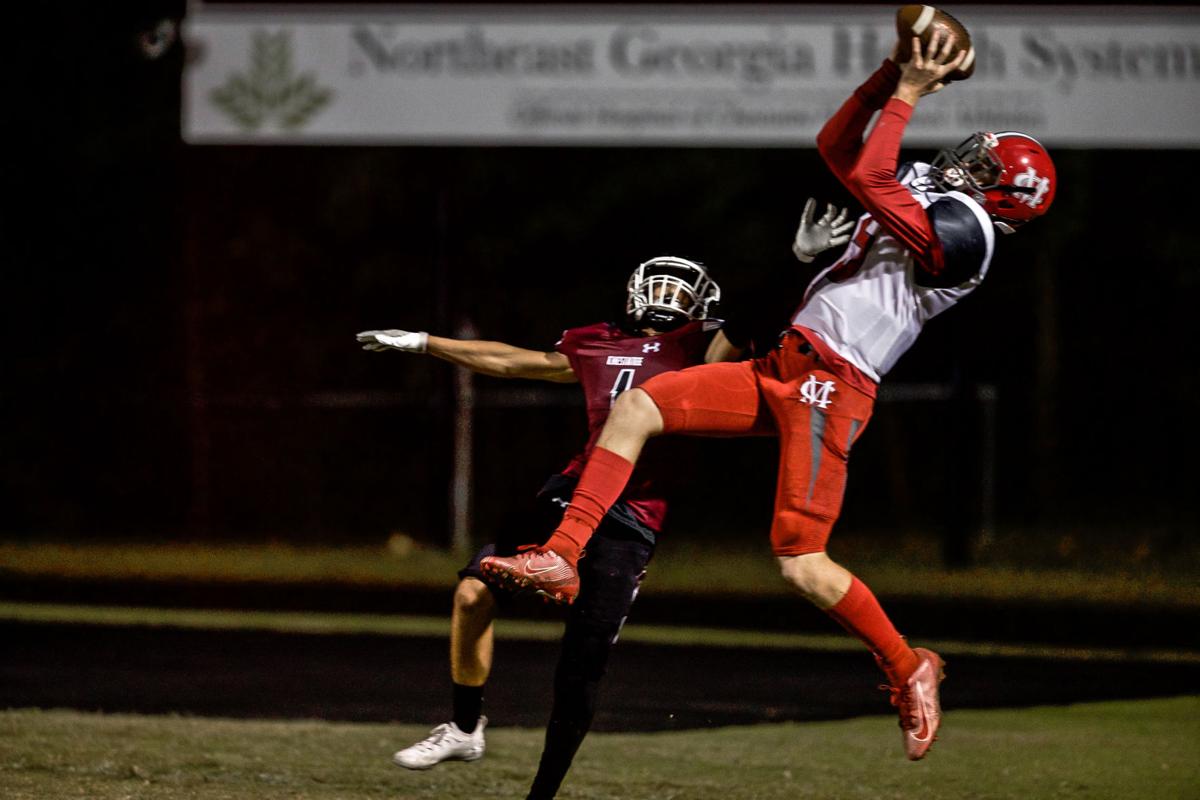 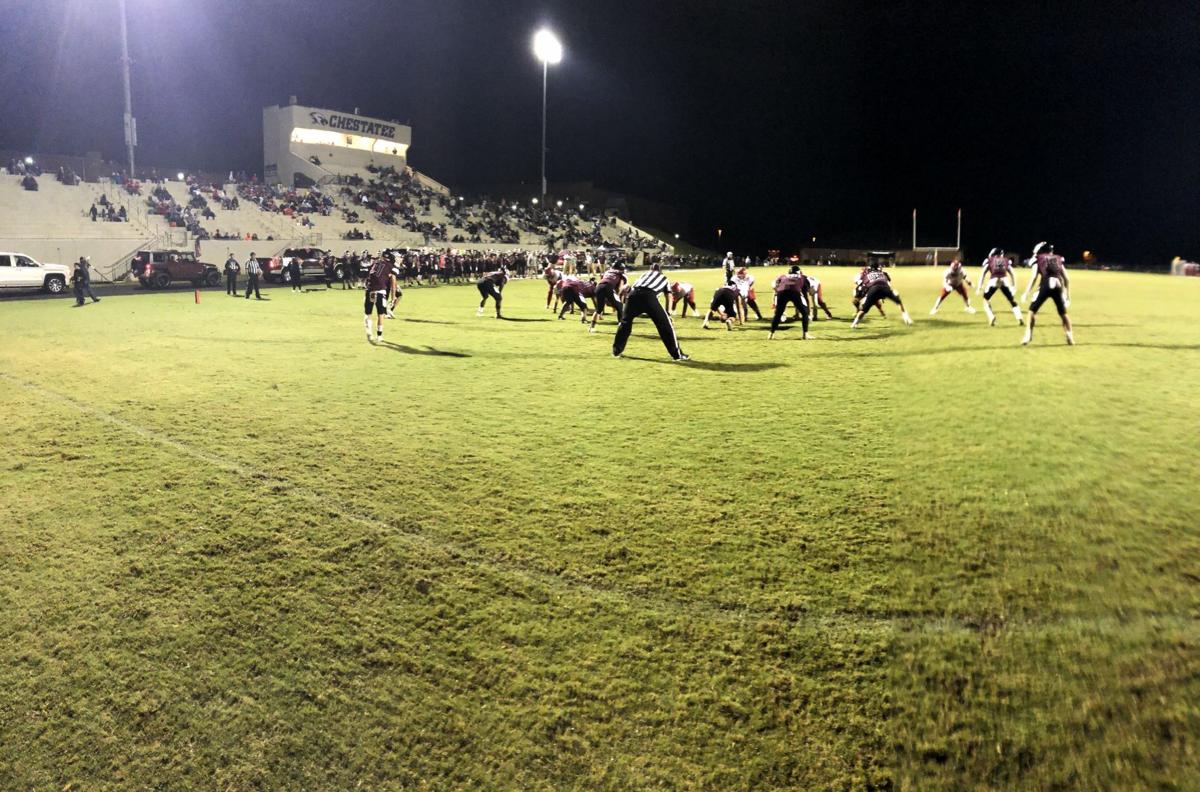 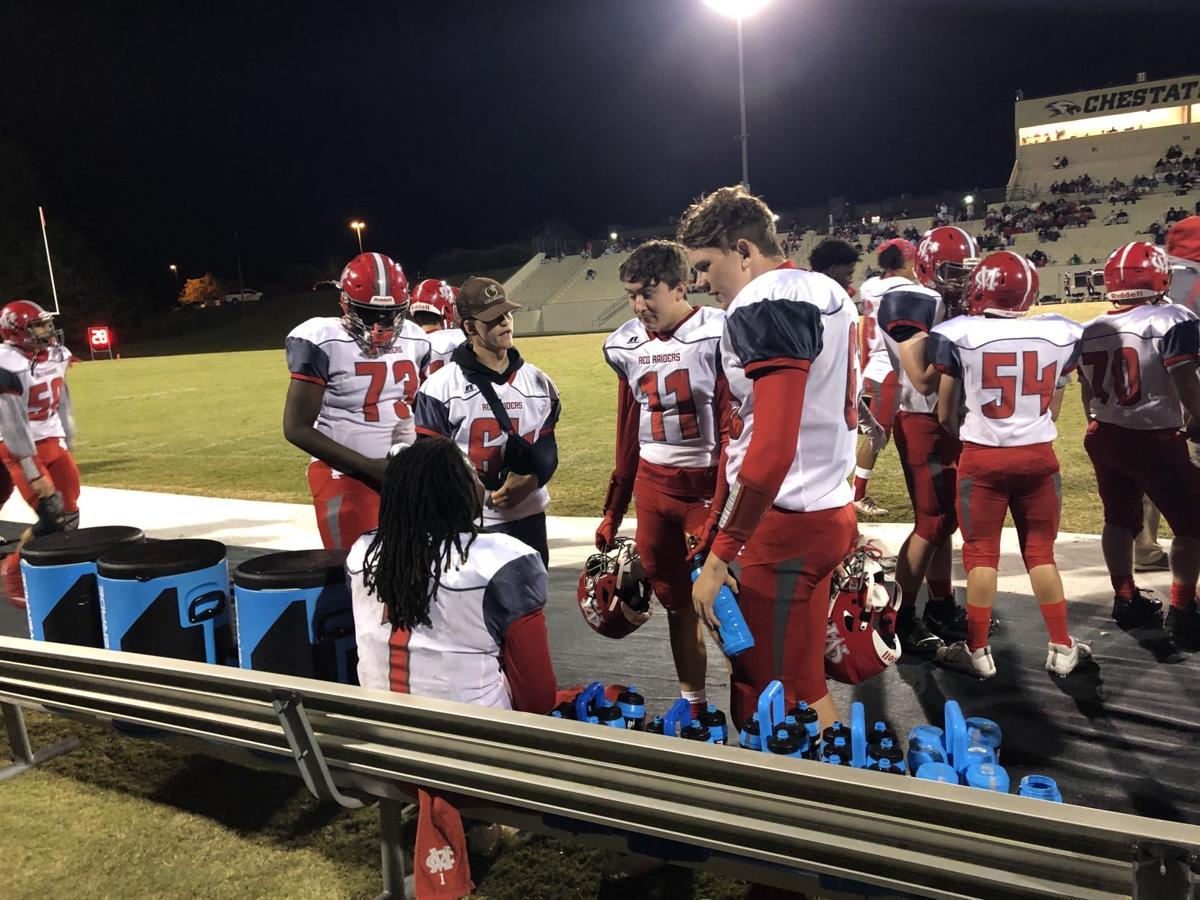 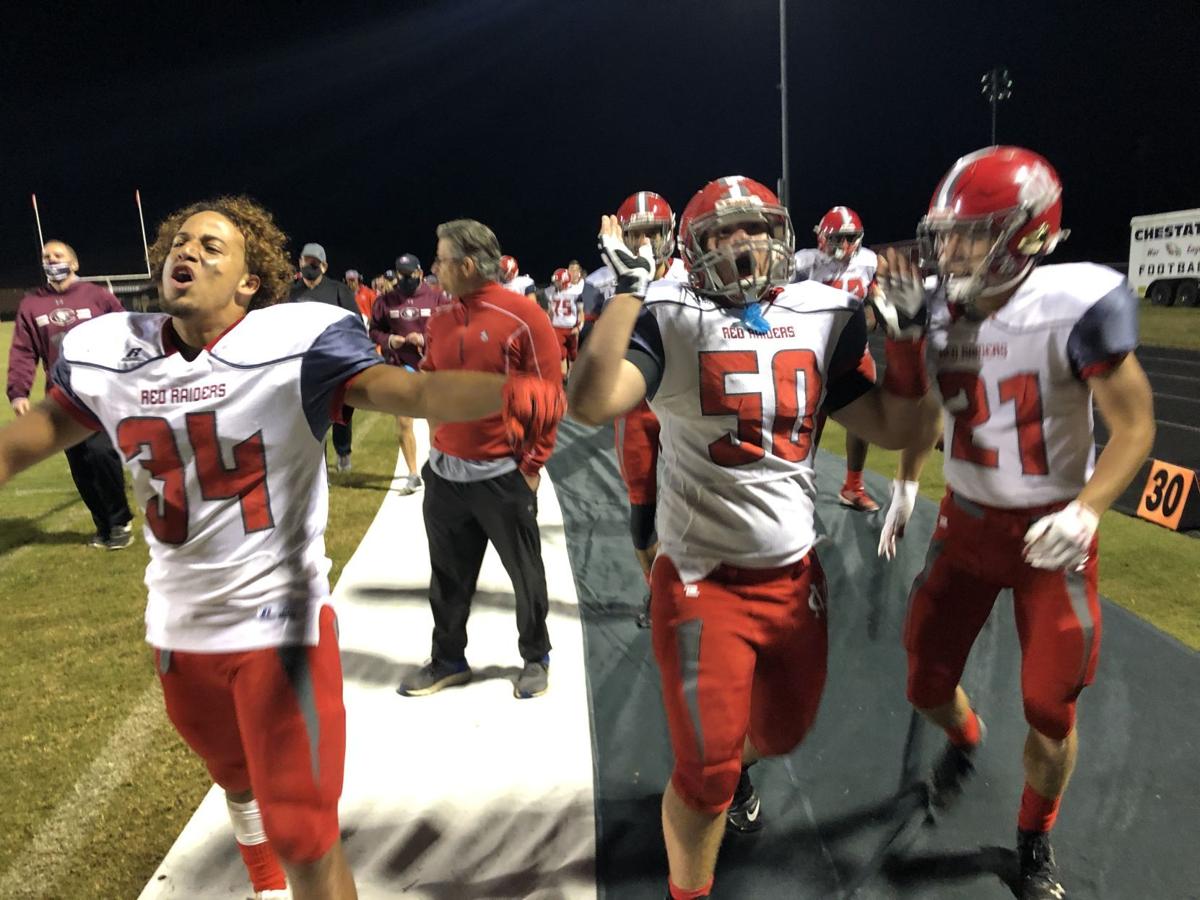 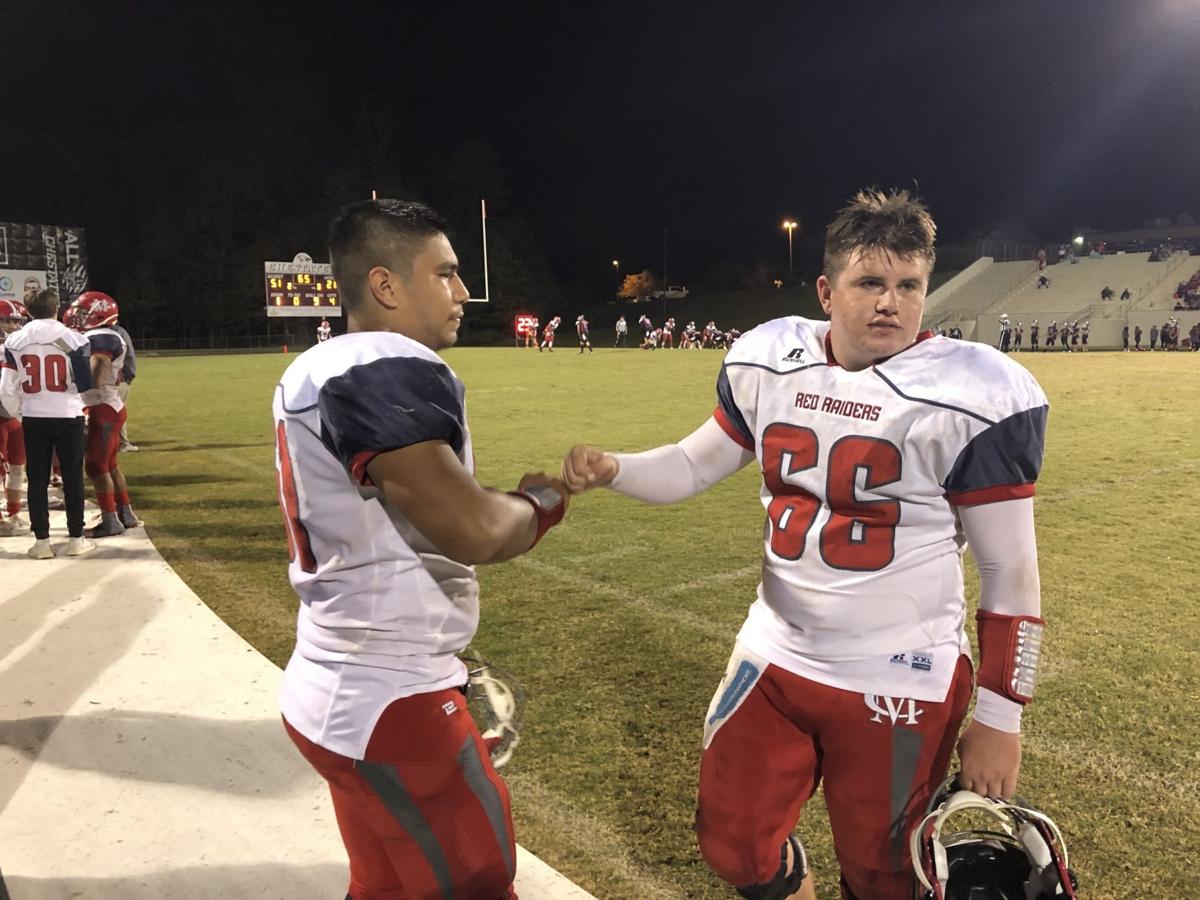 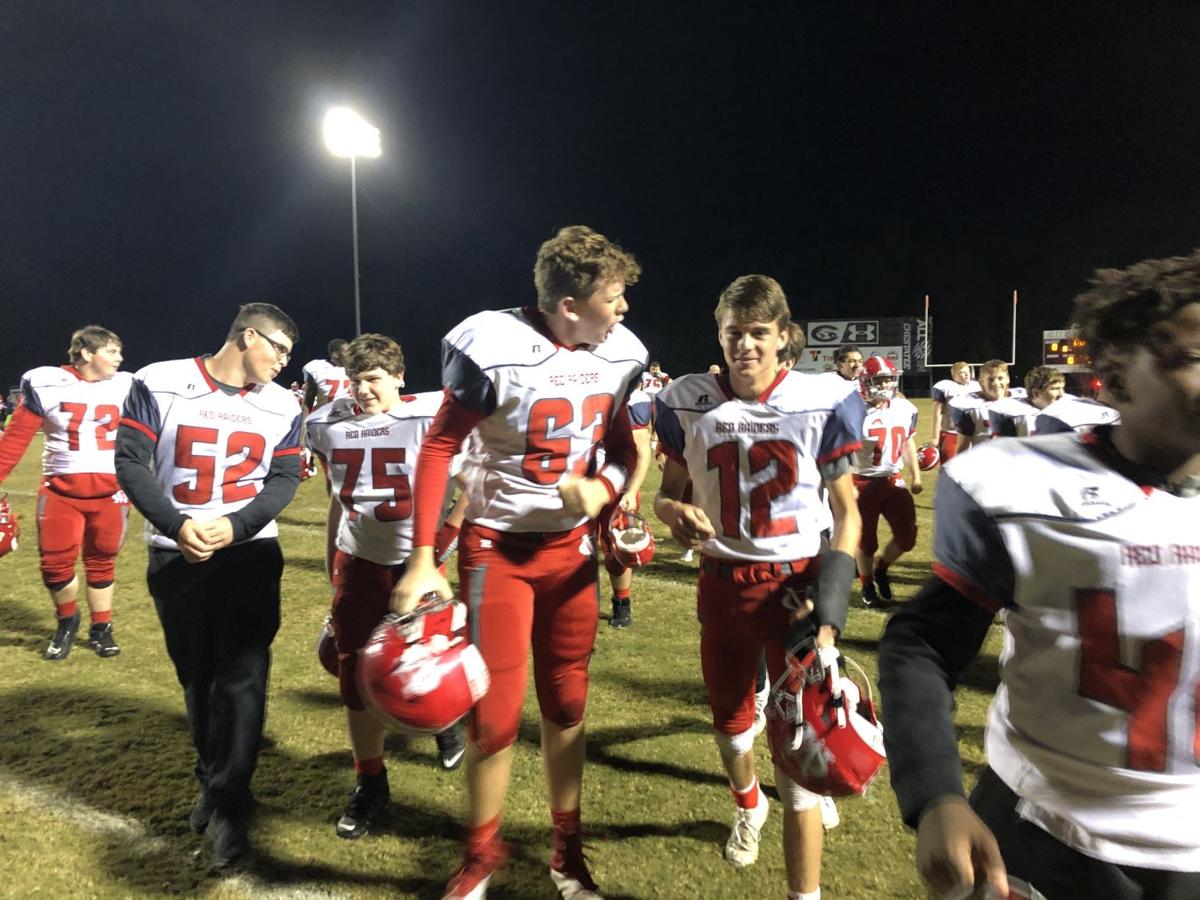 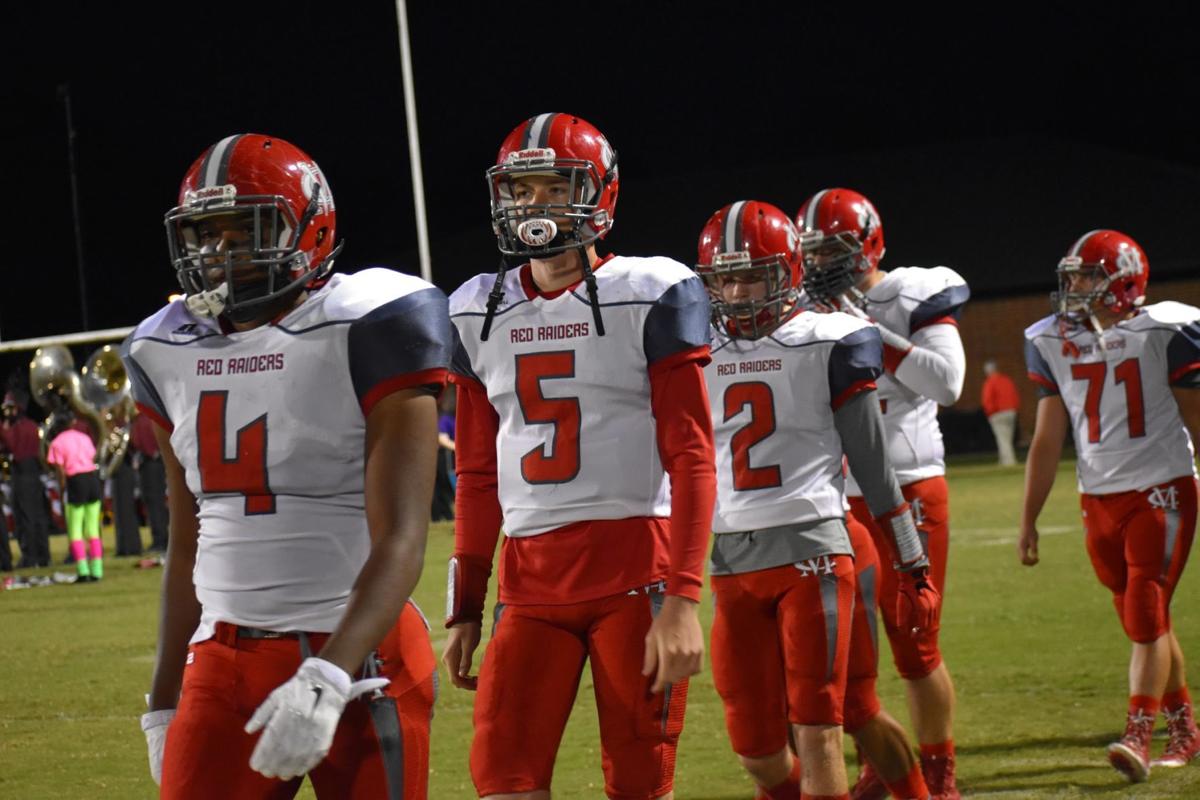 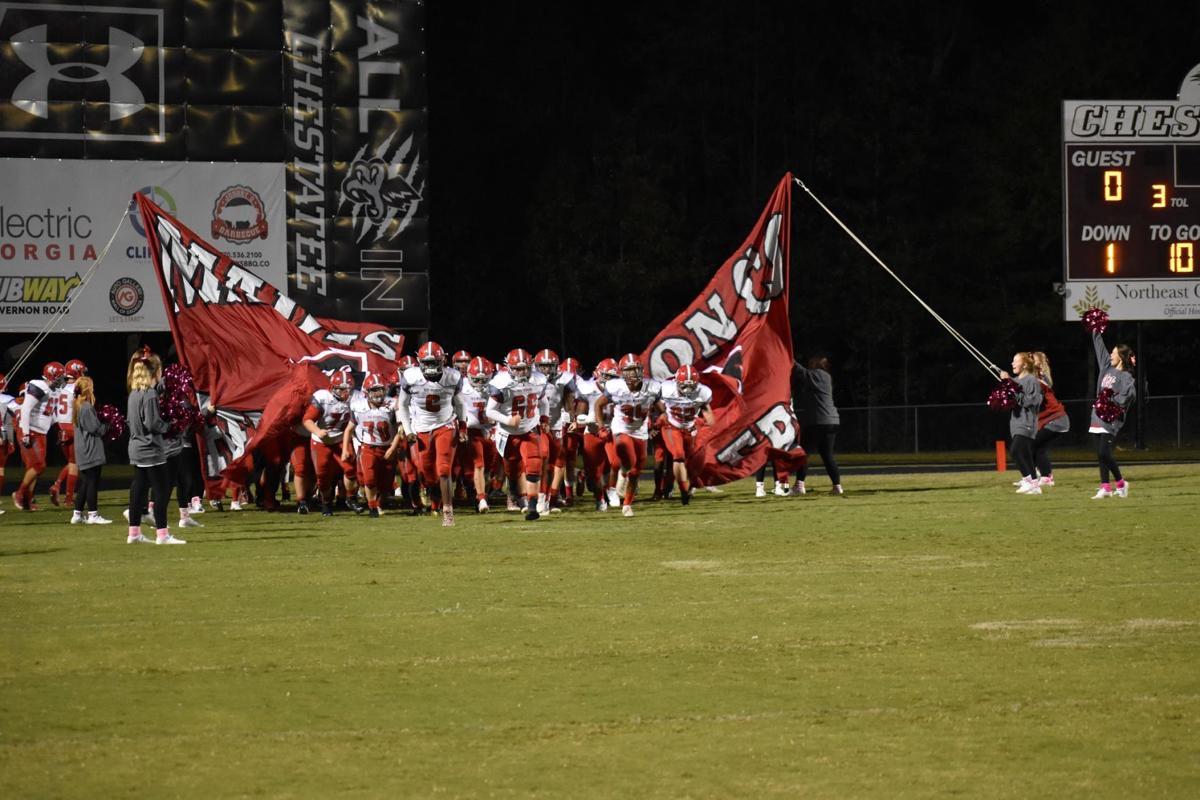 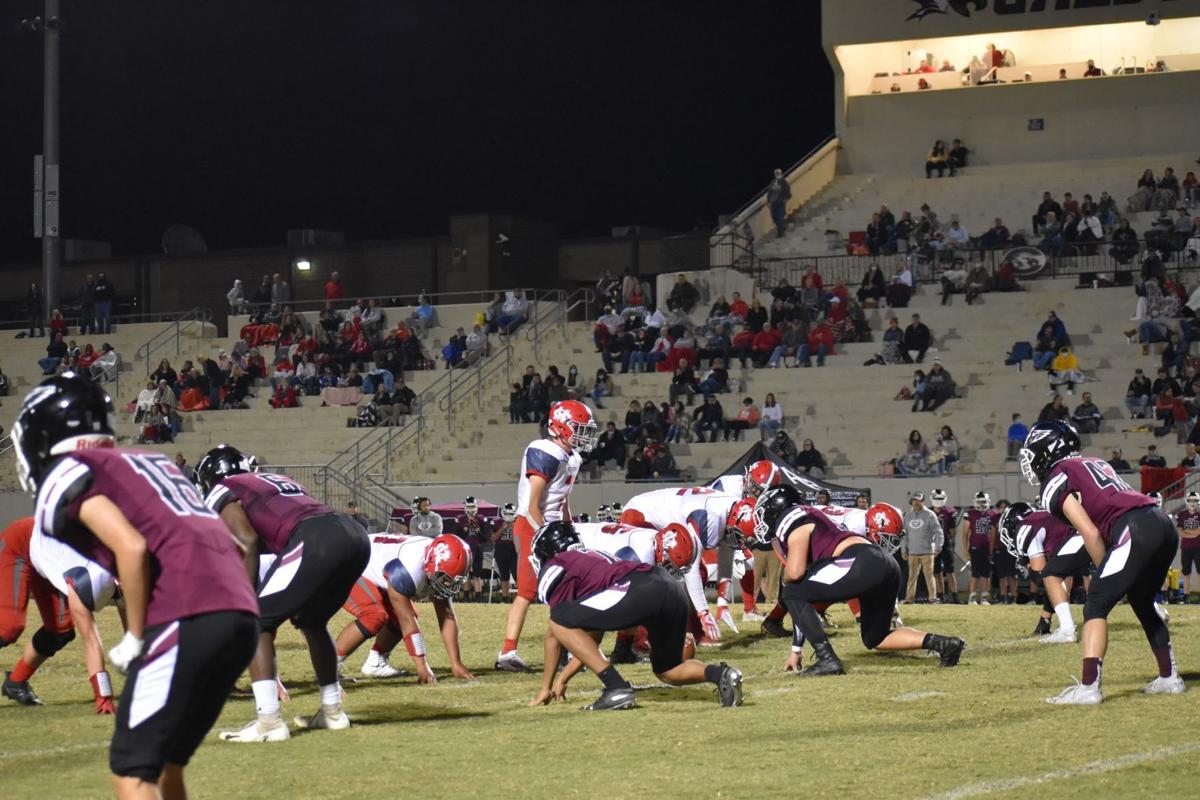 Madison County players celebrate after their victory over Chestatee Friday.

Madison County roared past Chestatee with 28 third-quarter points en route to a 51-21 win on the road Friday.

The teams entered halftime with Madison County holding just a two-point, 23-21, lead, after jumping ahead 23-7. But a fiery speech by Madison County head coach Chris Smith at intermission was followed by a Raider point barrage in the third quarter.

“I ripped them,” said Smith of his halftime talk.

He said he didn’t like how the team let Chestatee back into the game after going ahead by 16 early.

“I think we got complacent when we were up 23-7,” he said. “We didn’t know how to handle being up like that, because we haven’t been up like that this year. And we let them get back in the game and make a game of it. And I told them at halftime that I was disappointed in our intensity. I said it’s on you. You got to step up. You have to answer the call. How are you going to do it? What are you going to do? Are you going to lay down and take it or are you going to bow your back and get after these guys in the second half. And they answered the call.”

Madison County quickly took its opening possession of the third quarter inside the five and a short yardage touchdown run by Dayton Gresham gave the Raiders a 30-21 lead. The game was never in doubt after that. Ty Chapel scored from 18 yards out with 7:03 in the third, followed by an 81-yard touchdown pass from Cooper Brown to Martavian Cooper for a score with 4:51 to go in the quarter. Brown hit Nolan Hill for a score from 14 yards out for the final score of the night.

The offense ripped off big chunks of yardage to ruin Chestatee’s Homecoming. And the defense put the brakes on the War Eagles in the second half, harassing the Chestatee signal caller and sacking him several times.

“We just went in the locker room and we had a good talk with Coach Smith about we’re going to come out and not let them score anymore,” said linebacker Kiya Hubbard. “I feel like we had a great D-line performance tonight. We went all out for him.”

Chestatee held a brief lead early Friday, scoring on a nine-yard pass on its opening possession. But Madison County responded with a 33-yard jaunt by quarterback Cole Hillsman for a score on its first possession. The Raiders pulled ahead for good on a safety when Chestatee had its first of several long-snap miscues.

Madison County added two more scores in the first half, a 17-yard touchdown run by Gresham and a 40-yard touchdown reception by Devin Welborn. But Chestatee responded with two passing touchdowns in the final six minutes of the half to pull within two points.

But the Raiders shut down the War Eagles the rest of the night to get their second win and first road victory of the season, improving to (2-5, 1-2). Chestatee dropped to (0-7, 0-3).

While Smith wasn’t happy with his team letting Chestatee back in the game in the first half, he said he saw plenty of good things in his squad’s performance.

“Our O-line blocked well all night,” he said. “I thought our defensive interior guys, our front four on the D-line and our linebackers played a great game. We did not cover very well and we had some busts in coverage. And we’ll get that fixed.”

“Cooper Brown stepped in and made a couple of big throws when Hillsman went down,” he said. “I thought Hillsman did a great job running the offense. I thought the running backs ran hard. Martavian did a good job. Bo Turner did a good job. Ty Chapel, Logan Selk, Dayton Gresham, all those guys did a great job. Trey Slayton came in and ran the ball hard. I can’t give enough credit to that O-line, Eli Akins, Chandler Phillips, Drew Brown, Vicente Abarca, Ethan Bond. We ran a tight end set most of the time. Breeze Scoggins did a great job at tight end. Our wideouts blocked well, Devin Welborn and Nolan Hill when he was in there. I thought we did some good things and there are some things we got to clean up and get better at. All in all, proud for the kids.”

Madison County will travel back to Hall County Friday to face 5-2, 2-1 Flowery Branch. The Raiders will then finish up the regular season with two home games: East Hall, Nov. 13; and Jefferson, Nov. 20.