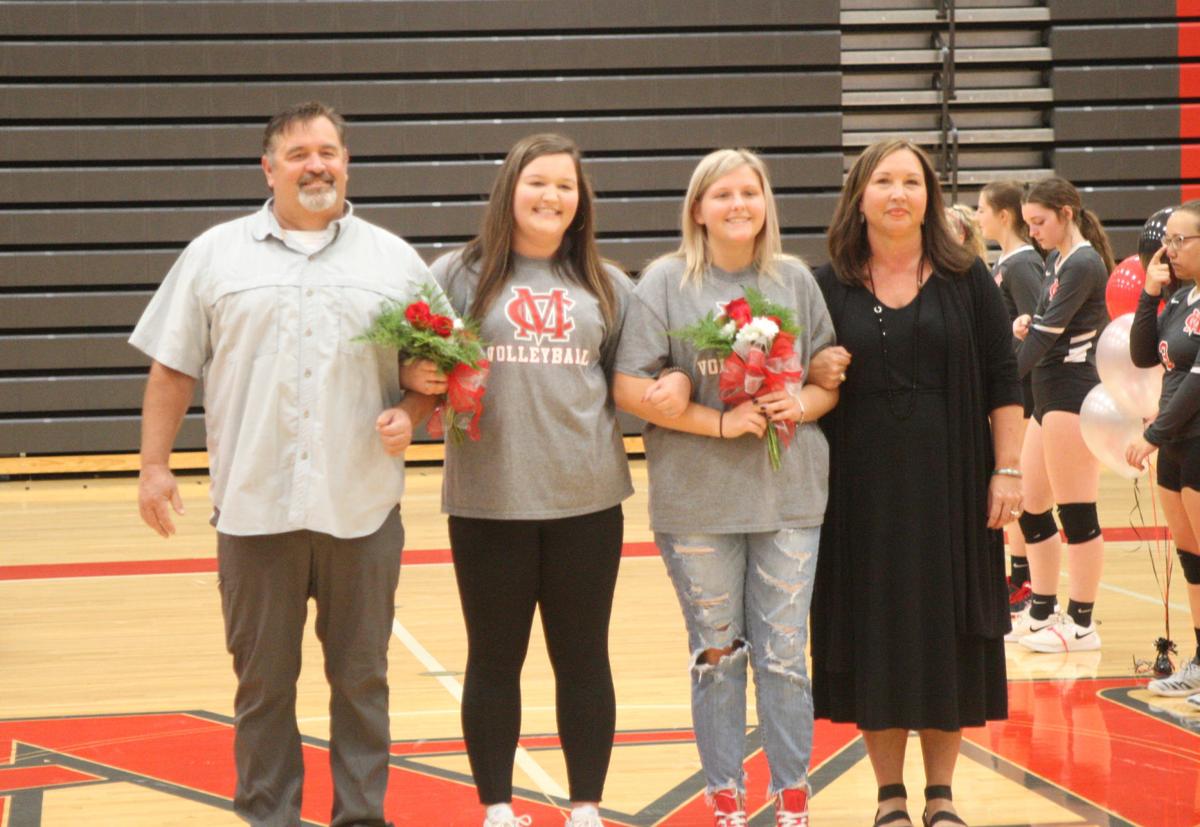 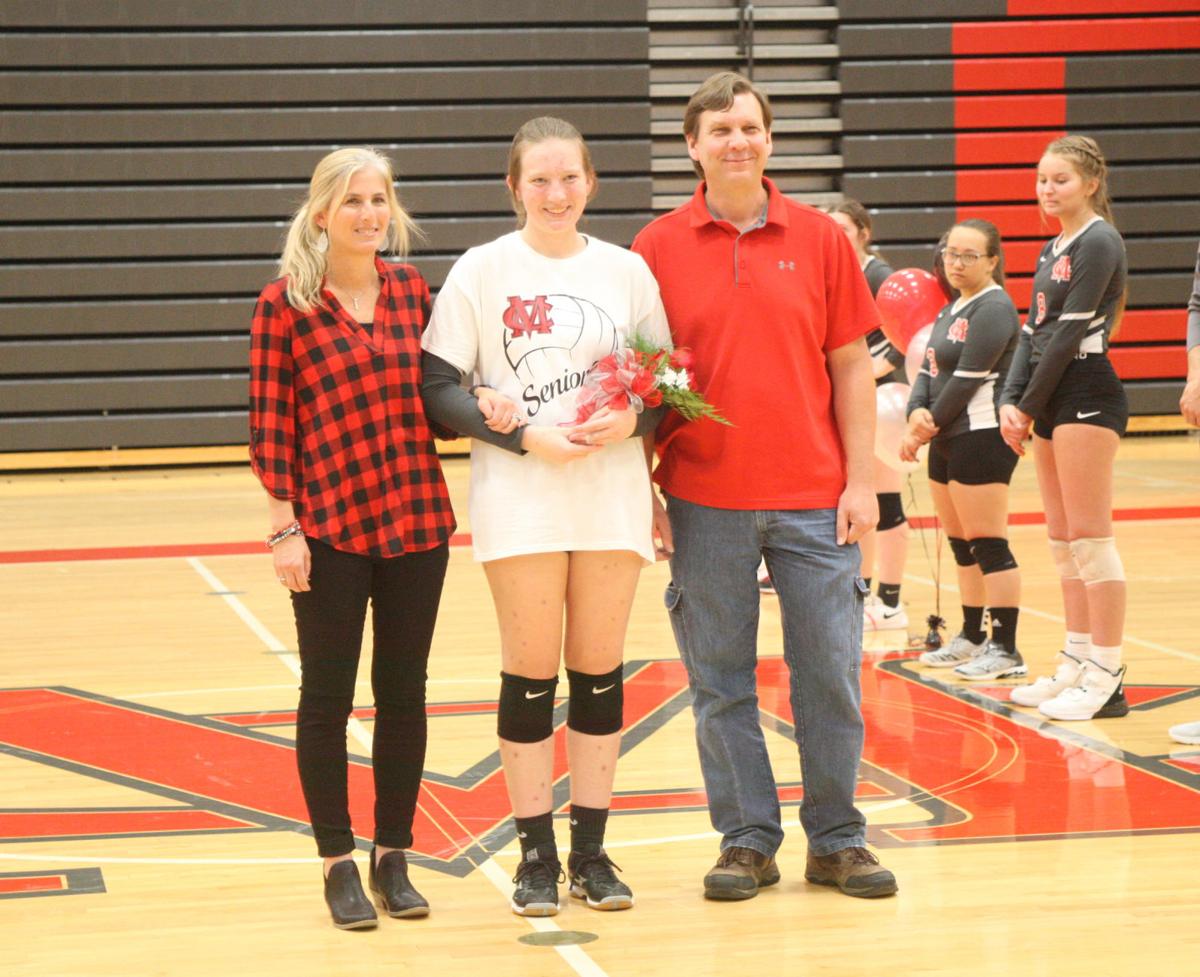 Hayley Daniels stands with her parents on "Senior Night." 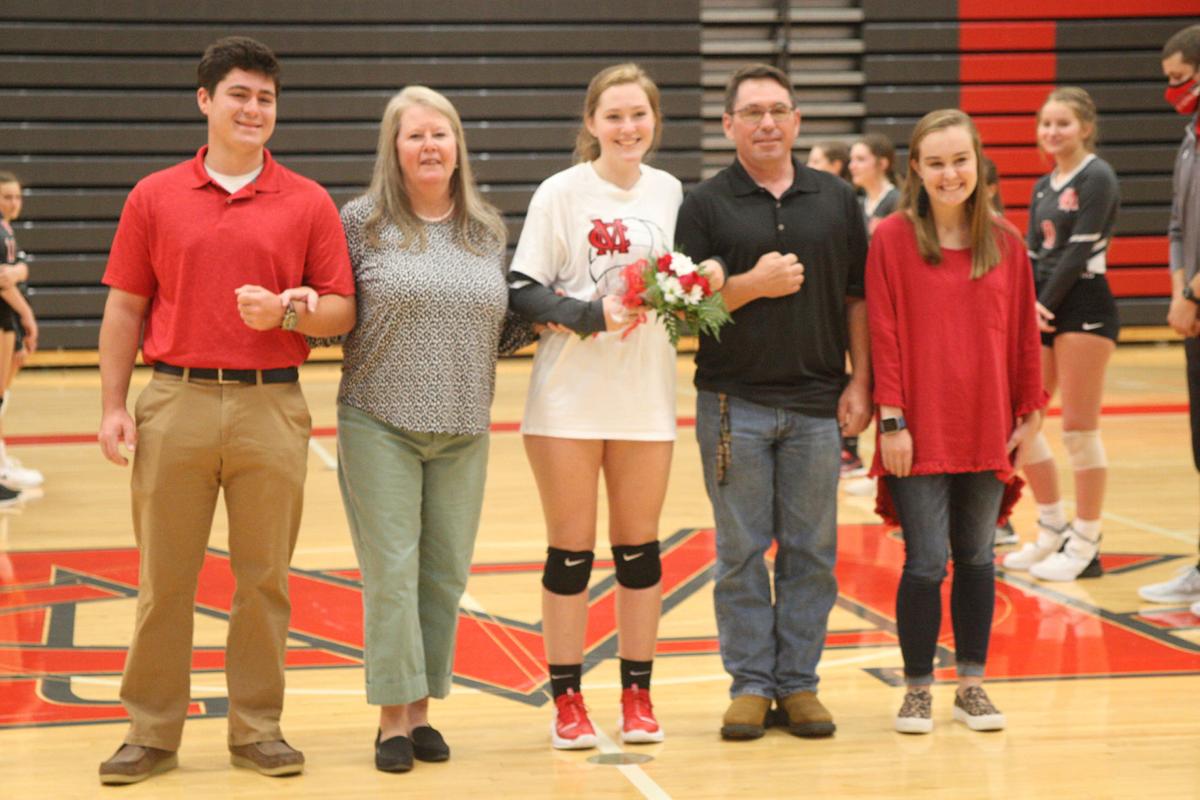 Jamie Dixon stands with her family on "Senior Night." 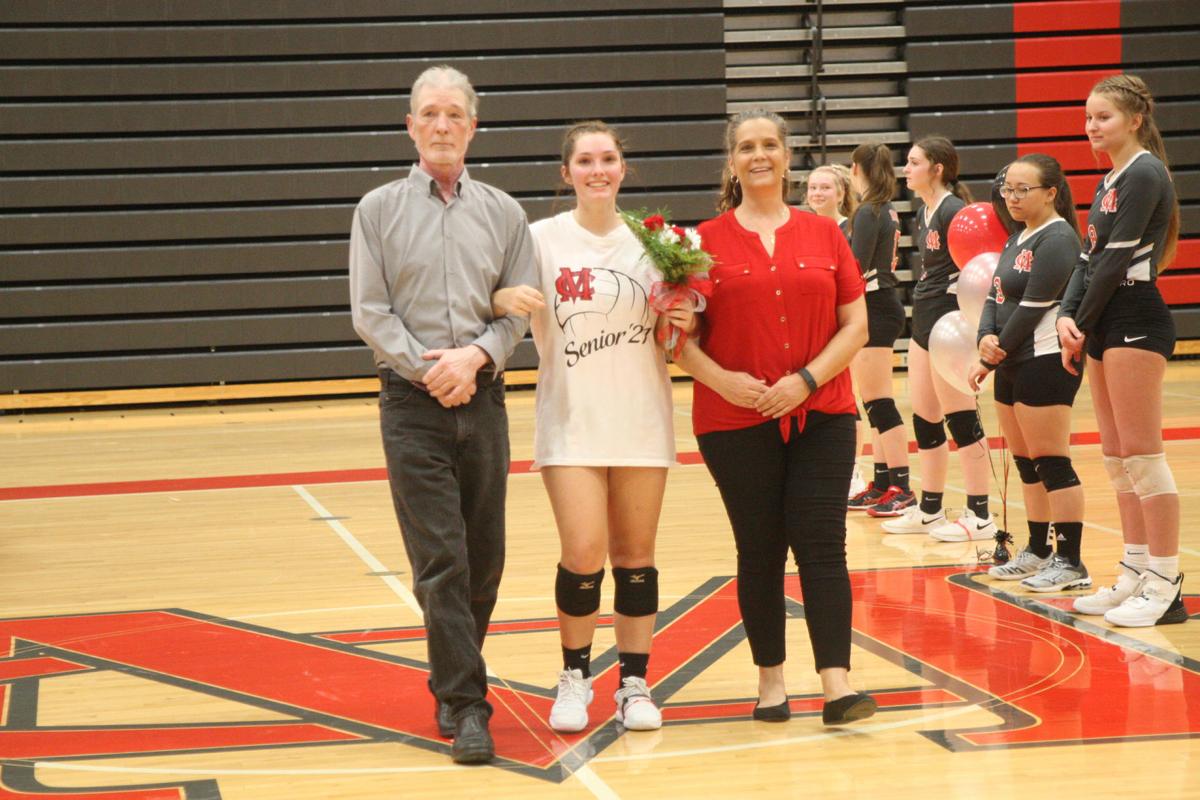 Marlena Garmon stands with her parents on "Senior Night." 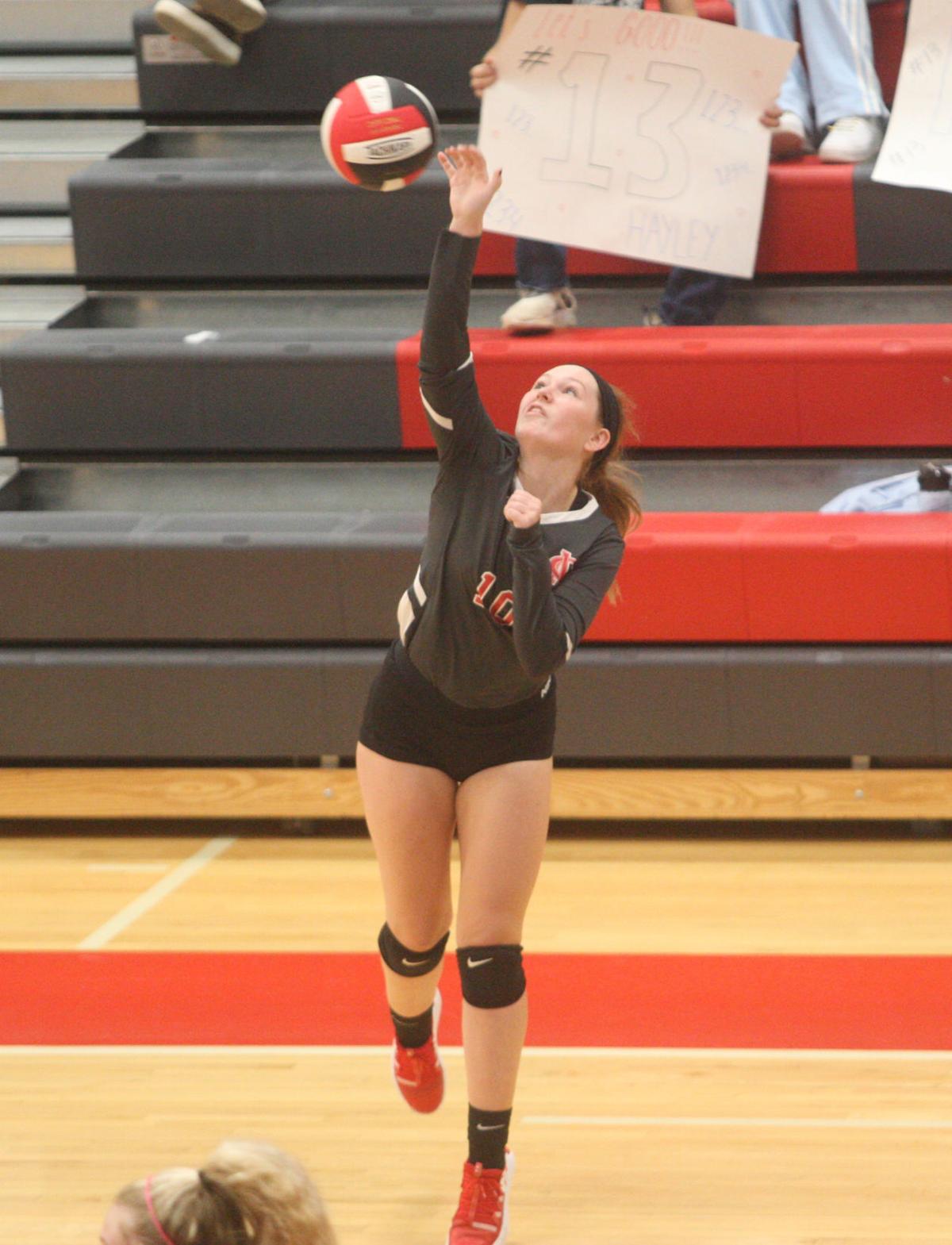 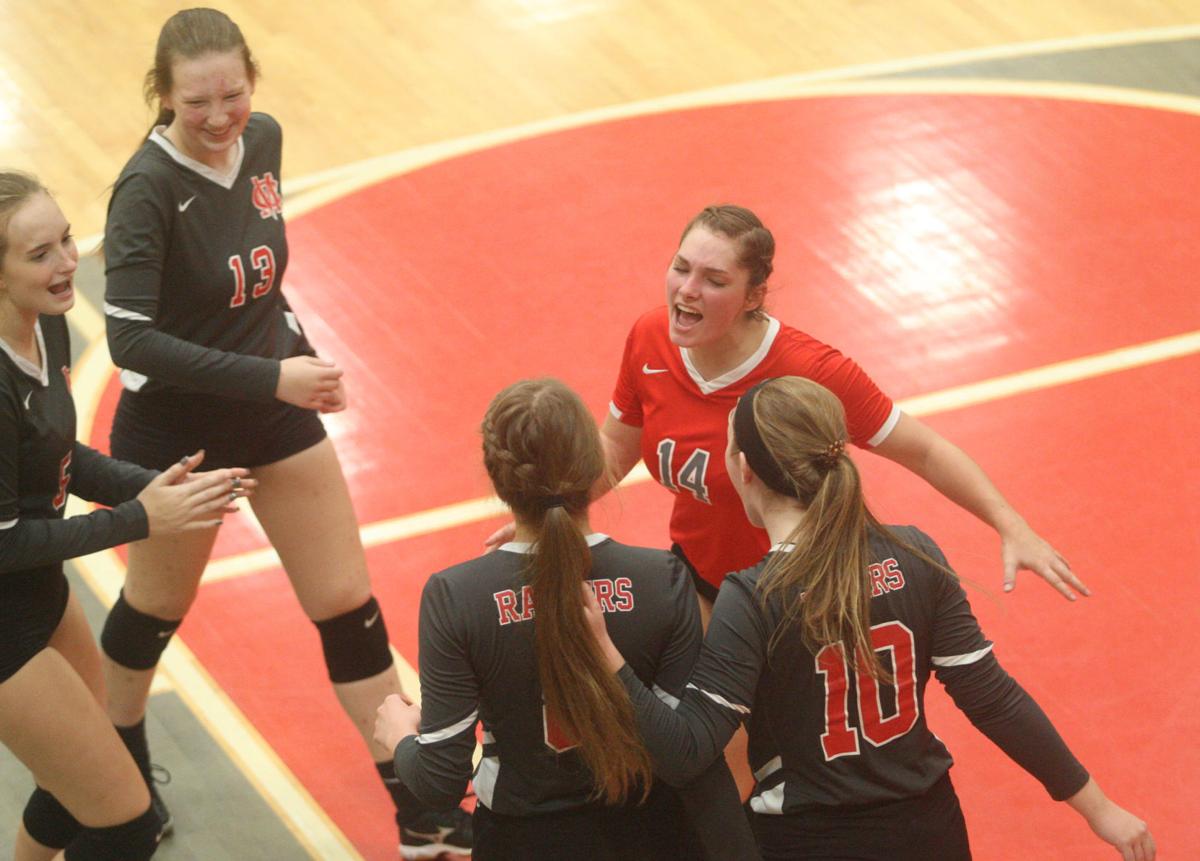 Hayley Daniels stands with her parents on "Senior Night."

Jamie Dixon stands with her family on "Senior Night."

Marlena Garmon stands with her parents on "Senior Night."

Madison County volleyball seniors were honored in the high school gym last week, then helped stomp Monroe in their final home game. The Red Raiders turned around following night and claimed victory on the road over Stephens County and East Hall.

“Senior night went very well,” said head coach Kyle Cooper. “We were able to run a couple of slightly different rotations to get the seniors some special playing time. Before the match, along with Daniels, Dixon, and Garmon, senior managers Haven Couch and Emma Cruce were honored for their great help and dedication over the season.”

Dixon and Daniels each had four aces, while Garmon had two. Dixon also had five successful serve receives and two digs, while Garmon had one receive and one dig. Daniels led the night in assists with six. The seniors picked up some help from sophomore Vivien Hajdu who had seven kills, four aces, three receives, and three digs. Kassie Guest helped out in the setting effort recording four assists.

Thursday night we traveled to Stephens County to defeat them (25-23, 25-21) and East Hall (25-17, 25-14). Hayley Daniels had a stand out night with 21 assists, seven aces, five digs, and three kills. Hajdu contributed to the offensive and defensive efforts with eight kills, seven digs and four aces. Also contributing to the offense with kills were Jenna Reese, 6; Josie Johnson, 5; and Karsyn Daniels, five. Jamie Dixon helped out the offense with five aces as well as Kassie Guest with eight assists. Dixon also helped on the defensive side of things with eight receives and four digs.

Madison County will start out the region tournament playing Chestatee at host site Jefferson at 5 p.m. this Thursday.

“We are a slight underdog to Chestatee having lost to them in the regular season. We kept the match fairly close, but they maintained a lead for the majority of the match when we faced them earlier this year,” said Cooper. “If we can beat them, we will set ourselves on a path to eventually needing to pick up a win later in the double elimination tournament against a team we have defeated this season in order to reserve a seed to the state tournament. A loss to Chestatee will mean going into the losers bracket and most likely having to pick up back-to-back wins against teams who defeated us in the regular season. Though we would be underdogs, our performances against most teams in the region during the season showed that a couple of upsets are not out of the question if that's the route we have to take.”