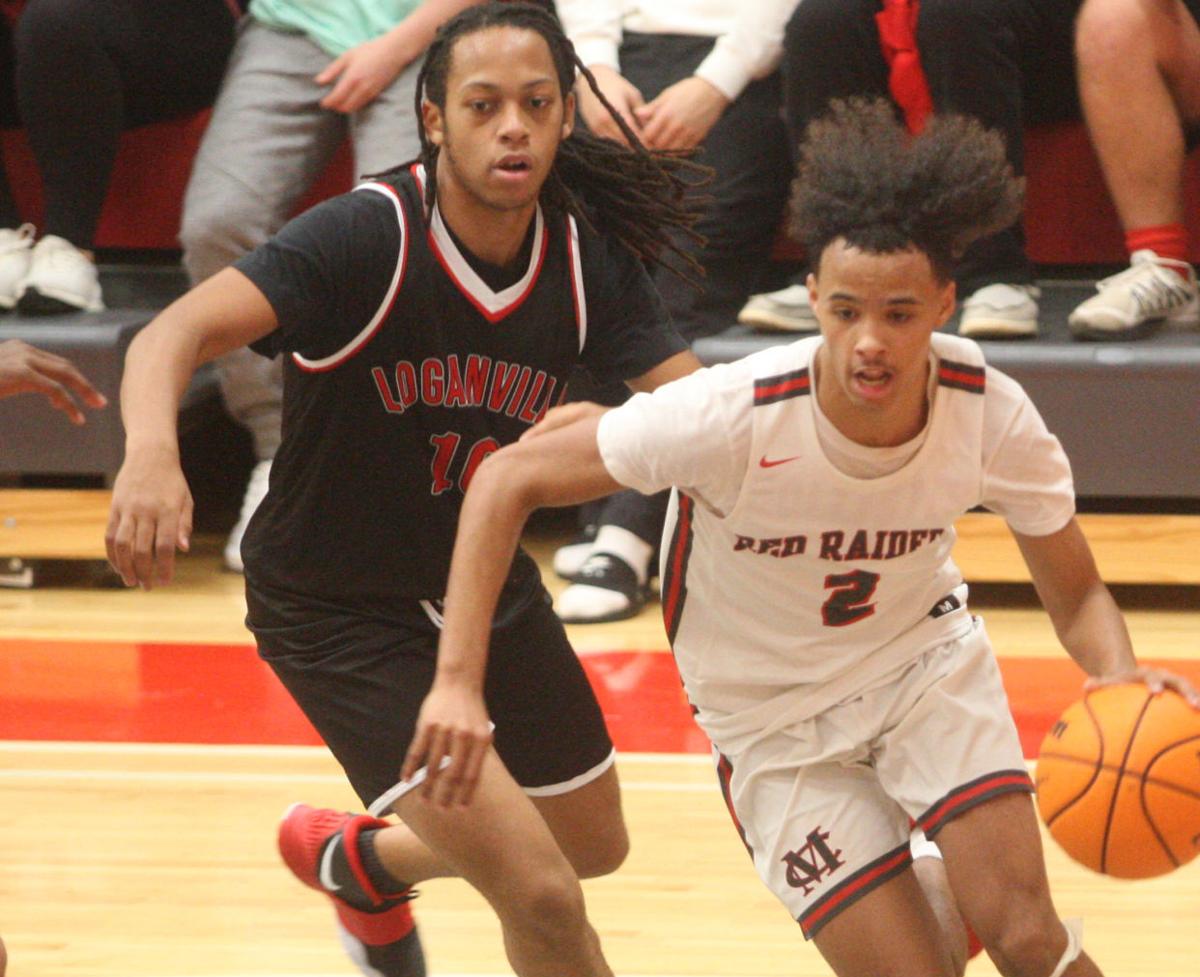 Corey Chatham drives to the hoop against Loganville last week. He led the Red Raiders with 20 points against the Red Devils and 24 against Banks County on Saturday. 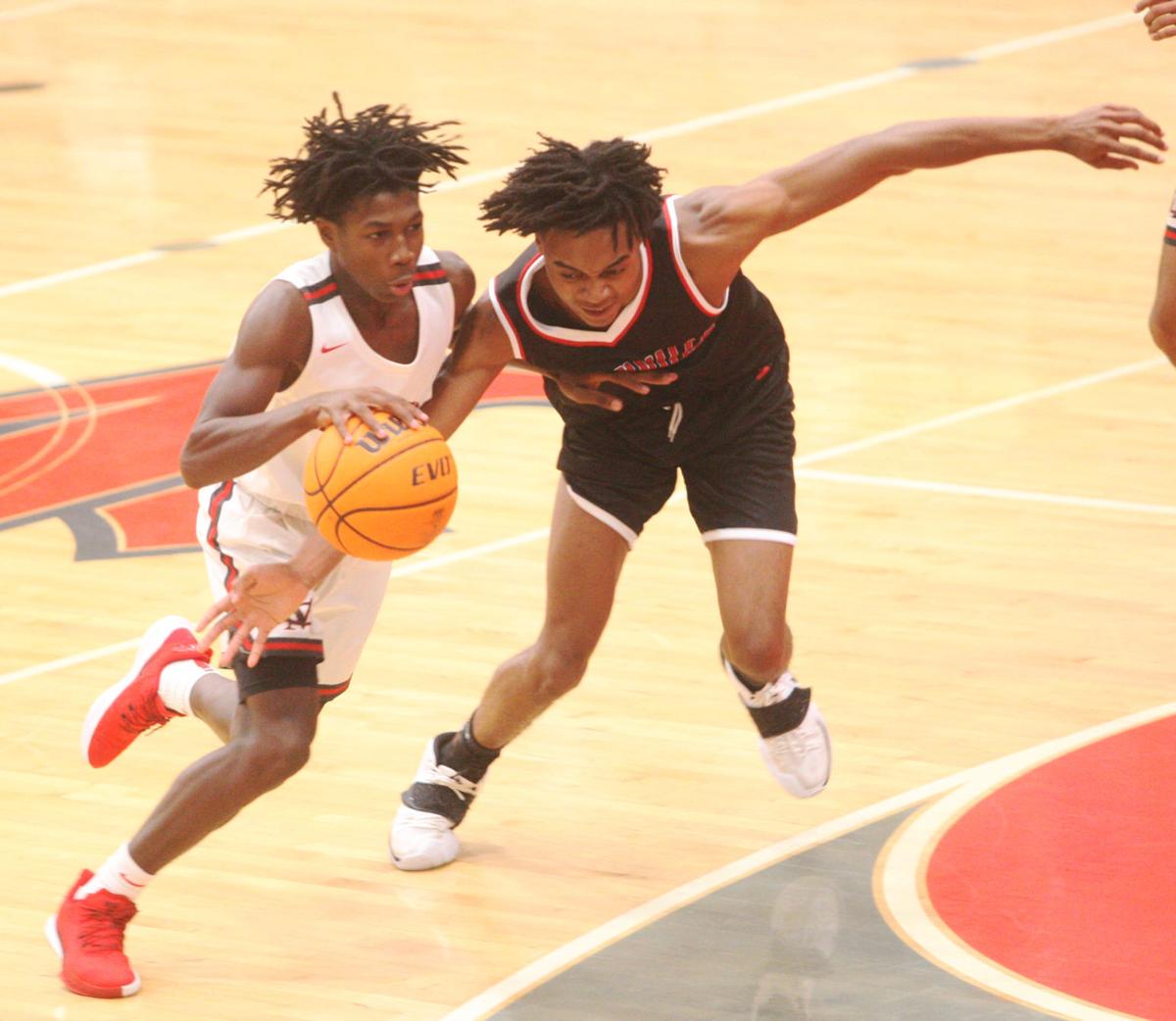 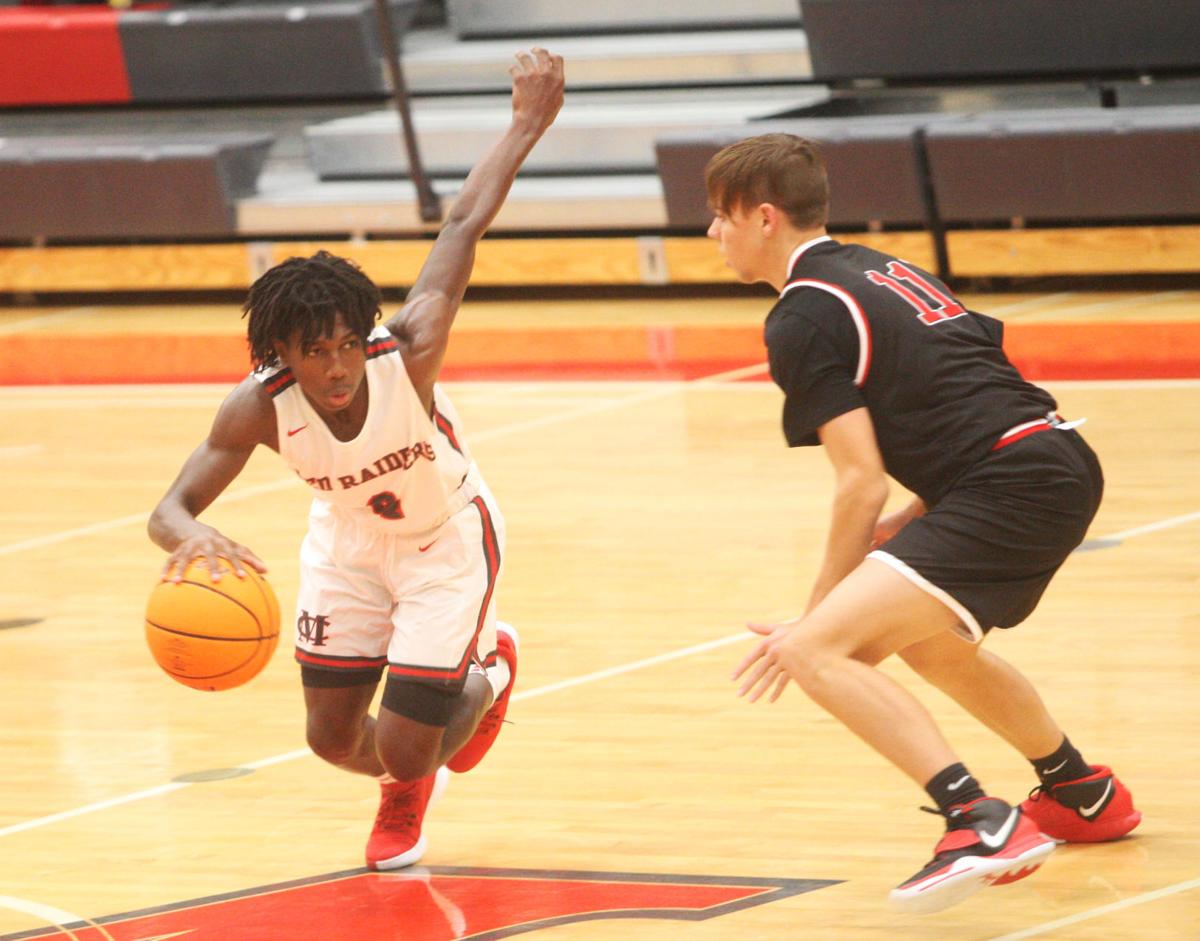 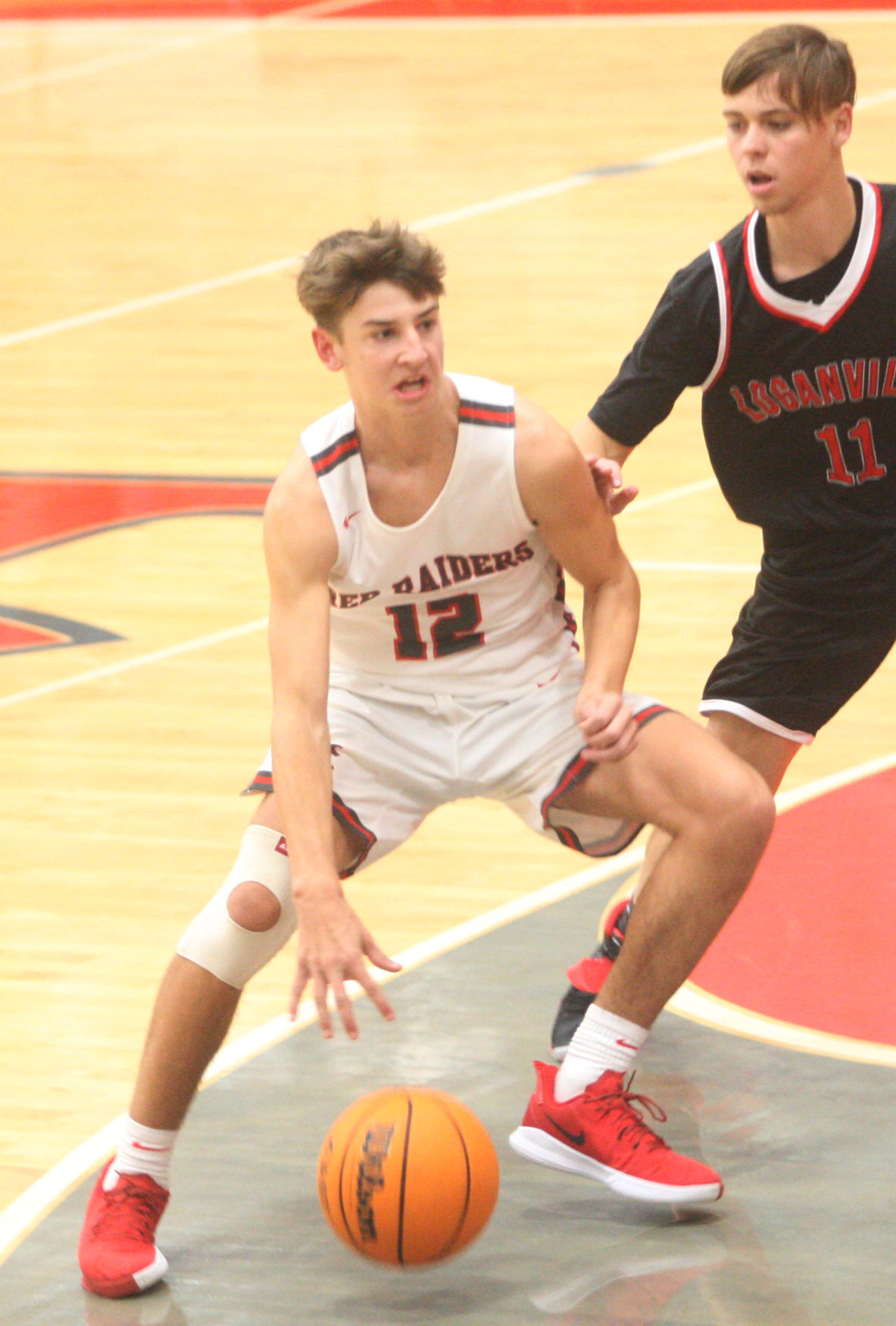 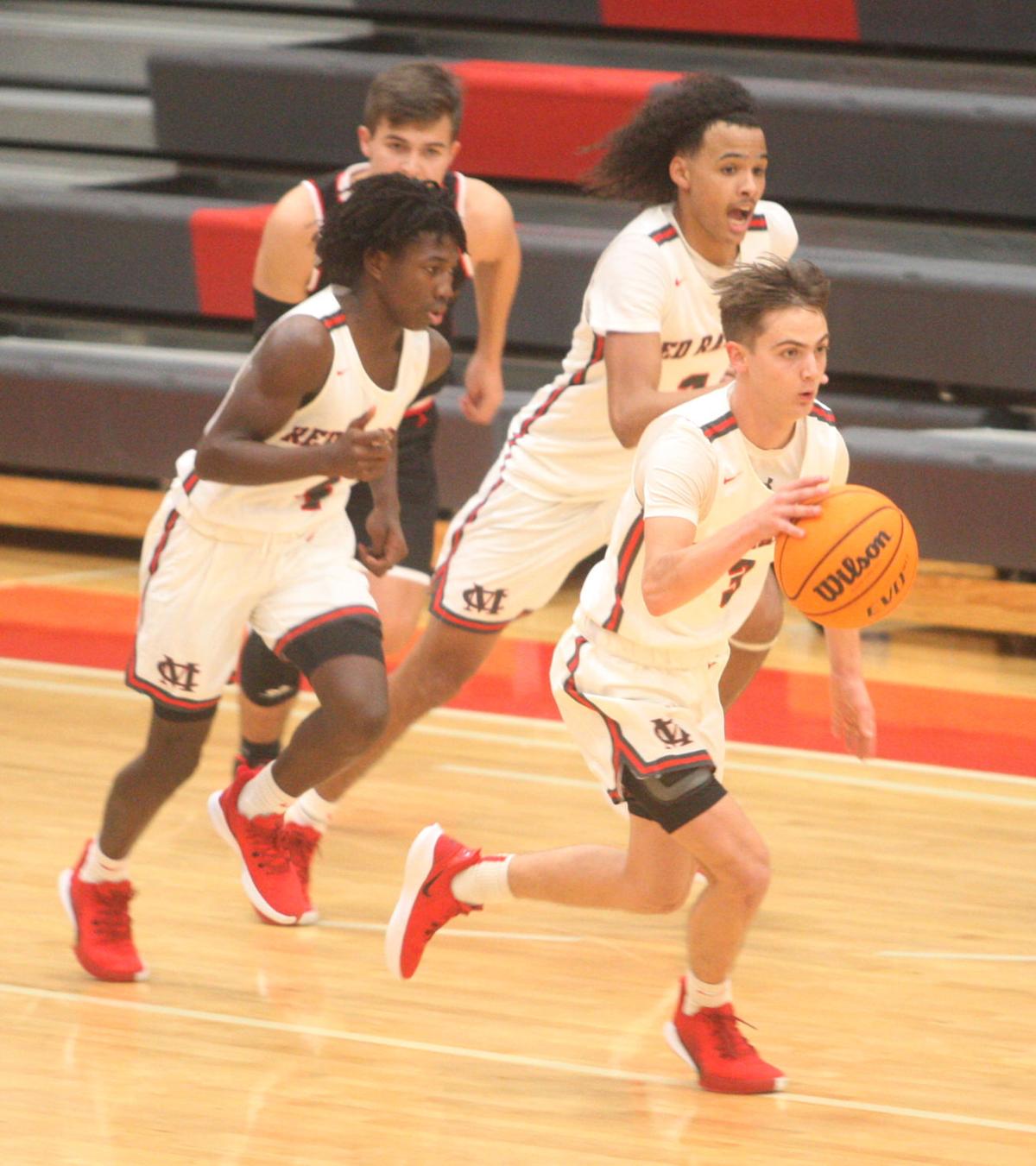 Corey Chatham drives to the hoop against Loganville last week. He led the Red Raiders with 20 points against the Red Devils and 24 against Banks County on Saturday.

Madison County was shorthanded Saturday, but the Red Raiders went on the road and downed Class AA #9 team Banks County, 66-59, for their first win of the season.

The victory followed two gut-wrenching overtime losses for the Red Raiders, who opened the year with setbacks to Commerce and Loganville.

Red Raider head coach Bryan Bird said it was satisfying to see his team get in the win column Saturday after frustrations in the first two games, especially over a Leopard squad that has been an annual 20-win team in recent years and that defeated Buford last week.

“They did a great job executing and played with a little more confidence,” said Bird of his team after the game.

Madison County has a lot of youth on the court, and Bird said much of his team is having to “learn on the fly” due a roster that has people coming and going in a covid year.

The Red Raiders were without five players Saturday, but Bird said the guys who played showed grit, holding onto a lead after failing to do so in the previous games.

“They played like they’ve been there before,” he said.

But even though they were short-handed, the Red Raiders closed the deal on Saturday.

“They did an outstanding job to get a win against a ranked team,” said the coach.

Against Banks County, Bird said Peyton South, who scored eight points, was excellent in shutting down Banks County’s top shooter, who the coach described as perhaps the best shooter Madison County will face this year.

Omari Rucker had to move to the post Saturday due to absences. Bird said he did a great job, finishing with eight points and a number of key rebounds. He added that Donnie Graham, who finished with nine point, also performed well.

The Red Raiders were paced by senior Corey Chatham, who led the team with 24 points, while freshman Jay Carruth added 12 points.

Bird said this year hold uncertainties like no other with “1,000 what-if scenarios.”

“It seems like every few days something happens and we have to adjust personnel,” he said.

But the coach likes what he sees from his team. He said the musical-chairs roster is forcing his young players to become battle-hardened very quickly.

“That aspect is a plus; we’re seeing guys getting more reps and more experience,” he said, adding that this leads to more team depth.

The coach said the first three games show that his team will have to win tough games this year. Each one has been close.

“Whether we win or lose, we’re going to have a dog fight every night,” he said.