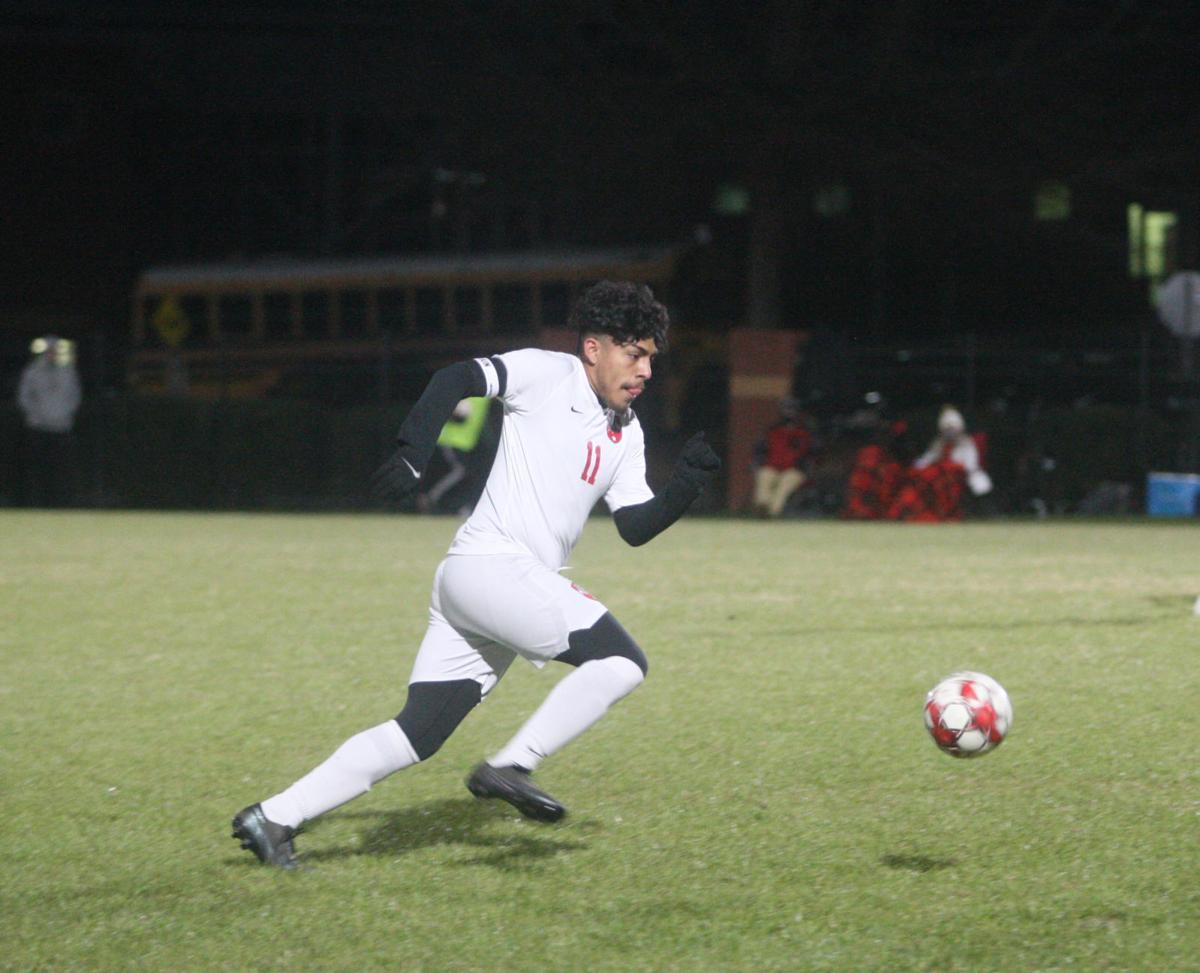 Miguel Flores races with the ball against North Oconee. 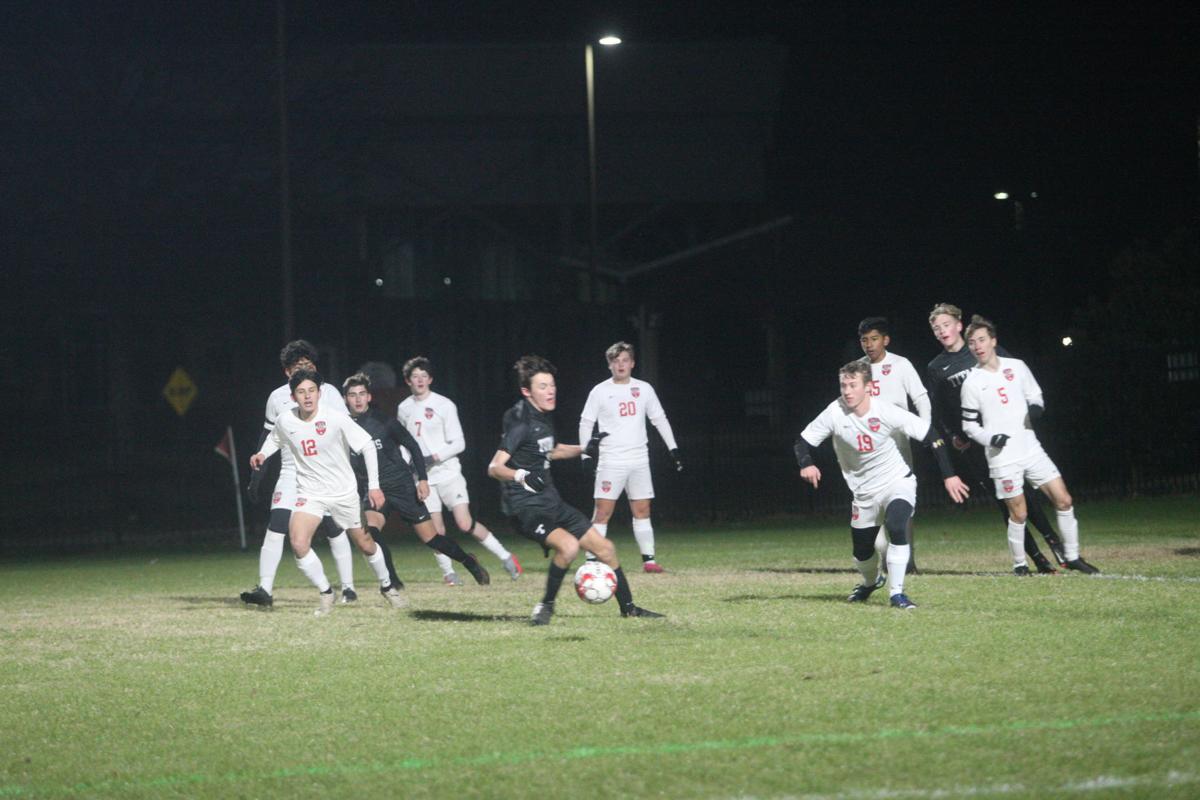 Miguel Flores races with the ball against North Oconee.

Madison County opened its 2021 season with several easy wins, but the competition level was cranked up a notch this past week, as the Red Raider guys’ soccer team fell to Clarke Central, 6-0, and North Oconee, 5-1.

“After starting with some easier games, these two games were a rude awakening for us,” said MCHS head coach Trevor Mangan. “They have definitely shown us some areas that we need to improve on, and we hope to get those areas shored up in the coming week.”

Mangan said he was really disappointed with his team’s performance against Clarke Central.

“We had a hard time releasing pressure against Central's press, and they applied constant pressure throughout the game,” he said.

He added that “Tyce Kimsey made some great saves for us in goal, and our entire team worked hard in defense.”

“I was much happier with our effort in this game,” said Mangan. “We played hard and we were tied 1-1 at the half. Eddie Nido scored our goal from a set piece (played in by Arturo Perez), and he really provided a spark for us throughout the game. Although we played better overall, we still gave up a couple of goals that were mainly down to our own errors rather than good play from our opponent, which was frustrating.”

Madison County, which was slated to face East Jackson Tuesday in a non-region game, hosts Jefferson Friday at 7:45 in a region showdown, then hosts East Hall Tuesday, March 2 in another region game at 7:30 p.m.