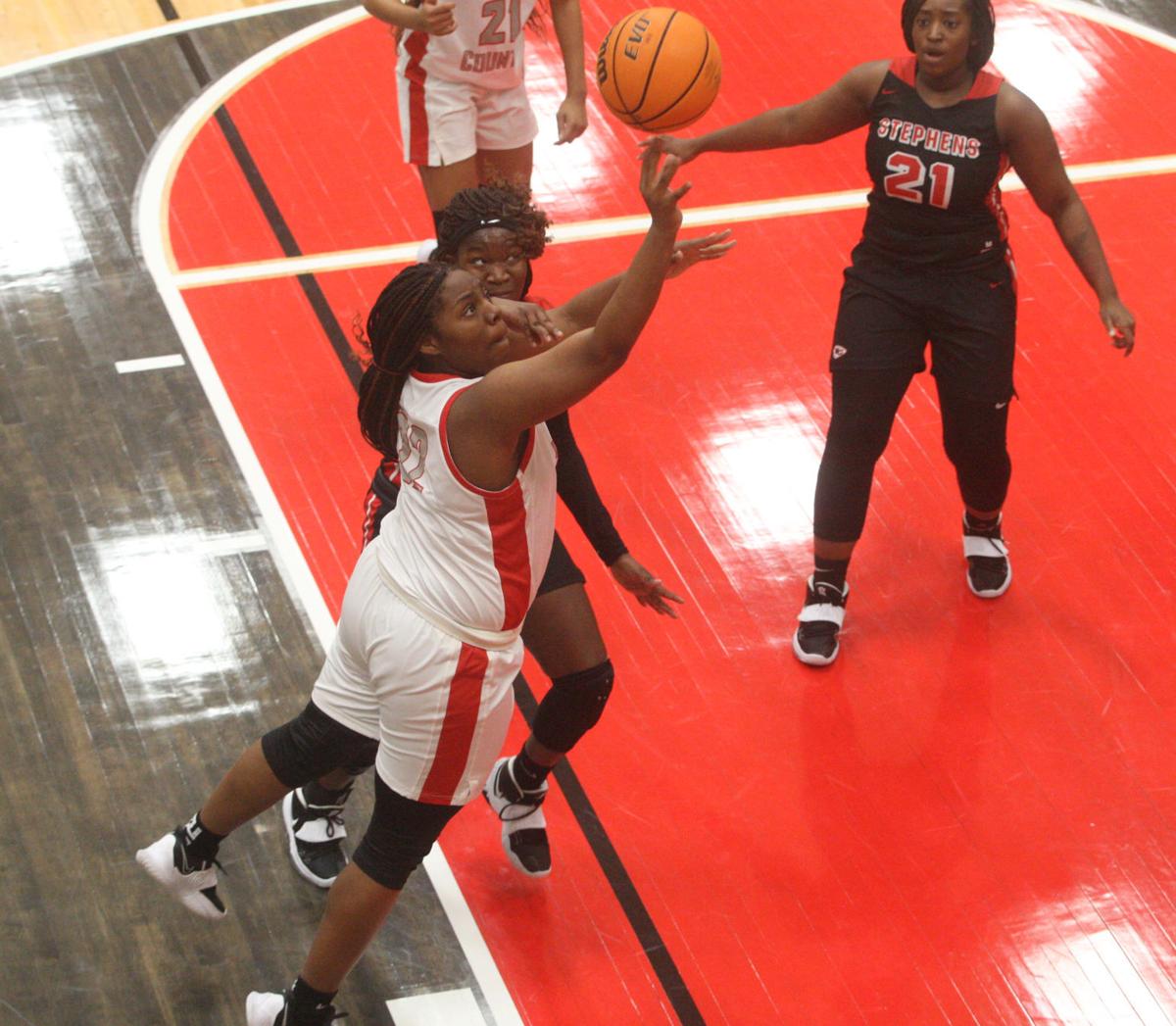 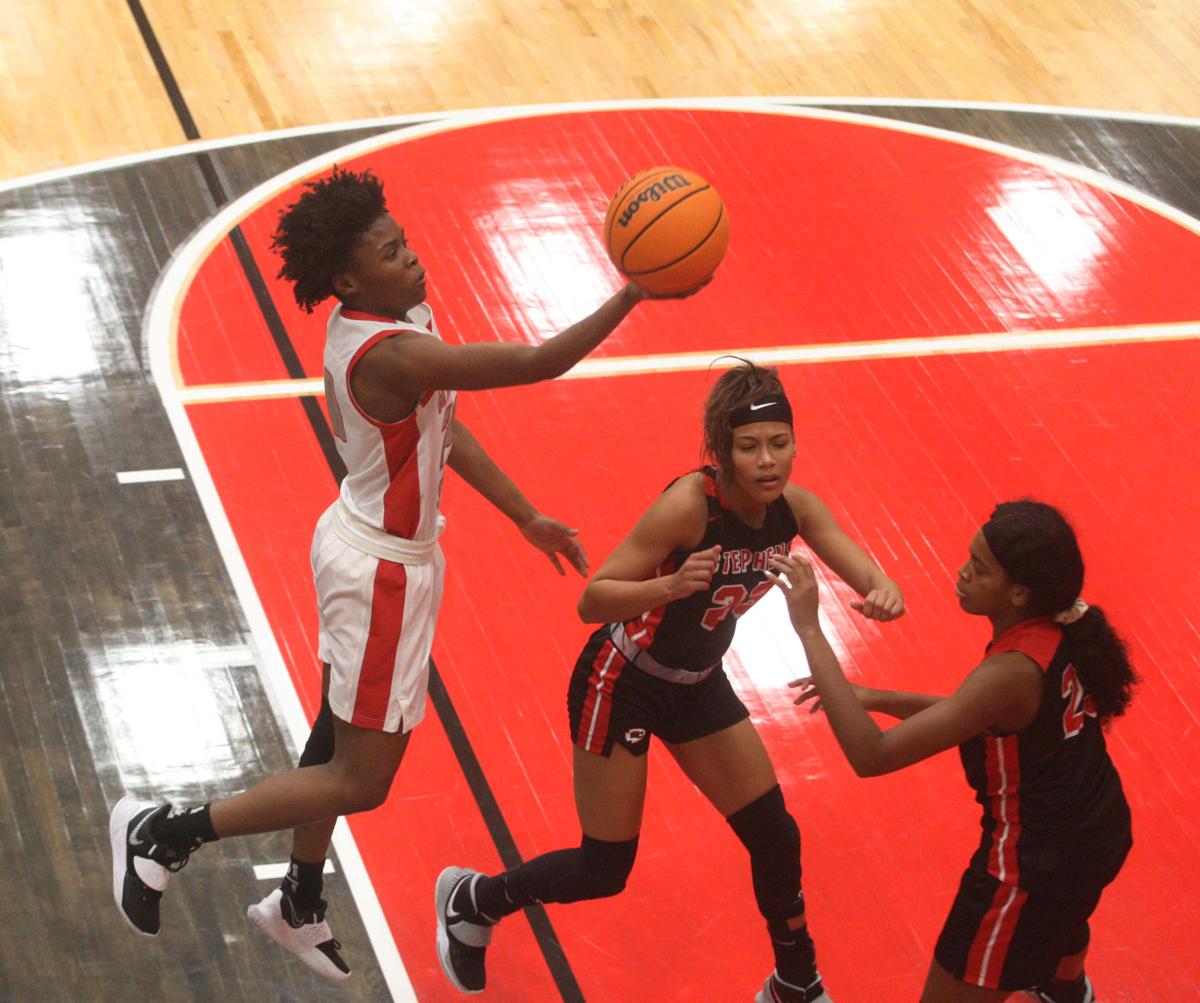 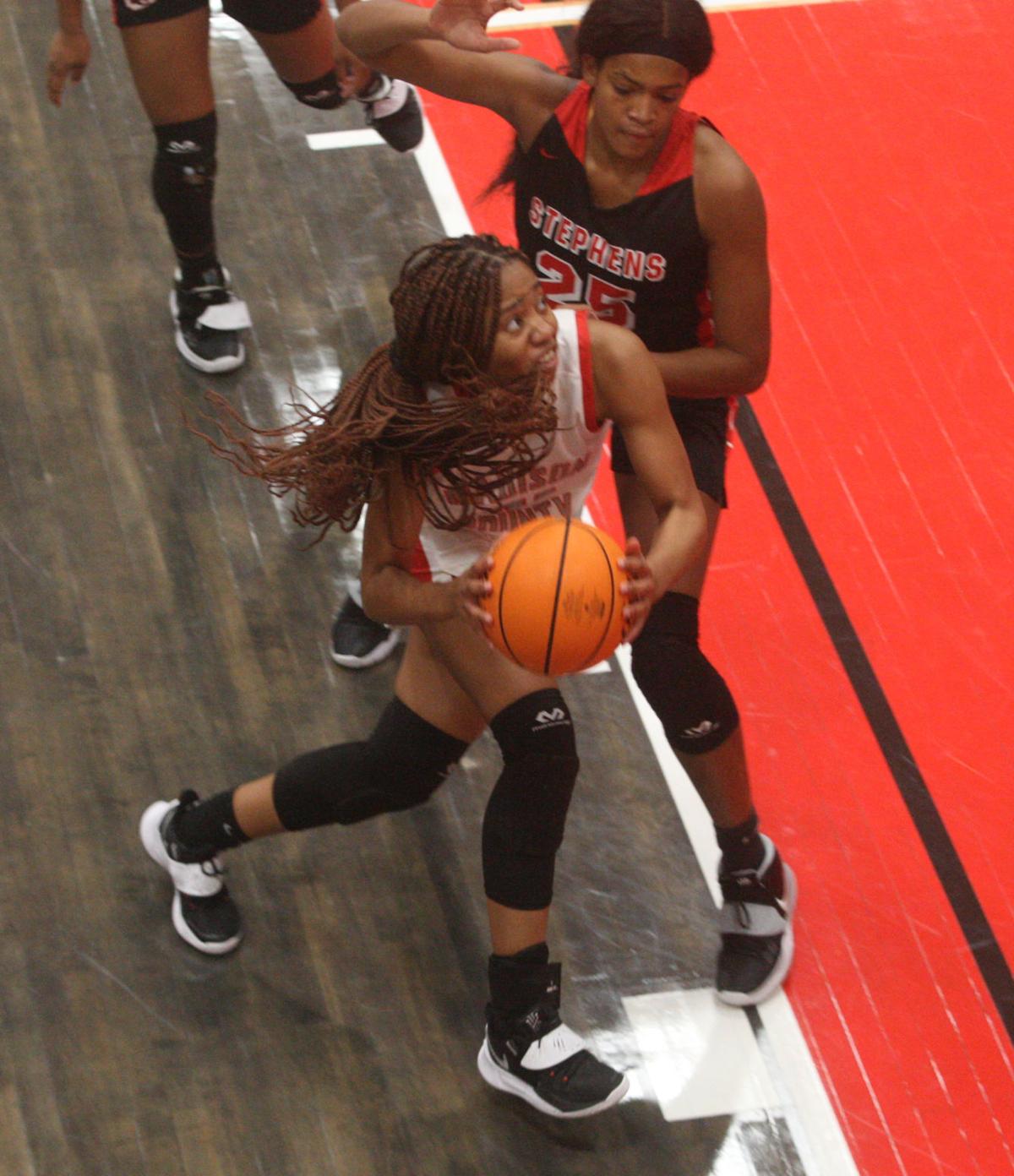 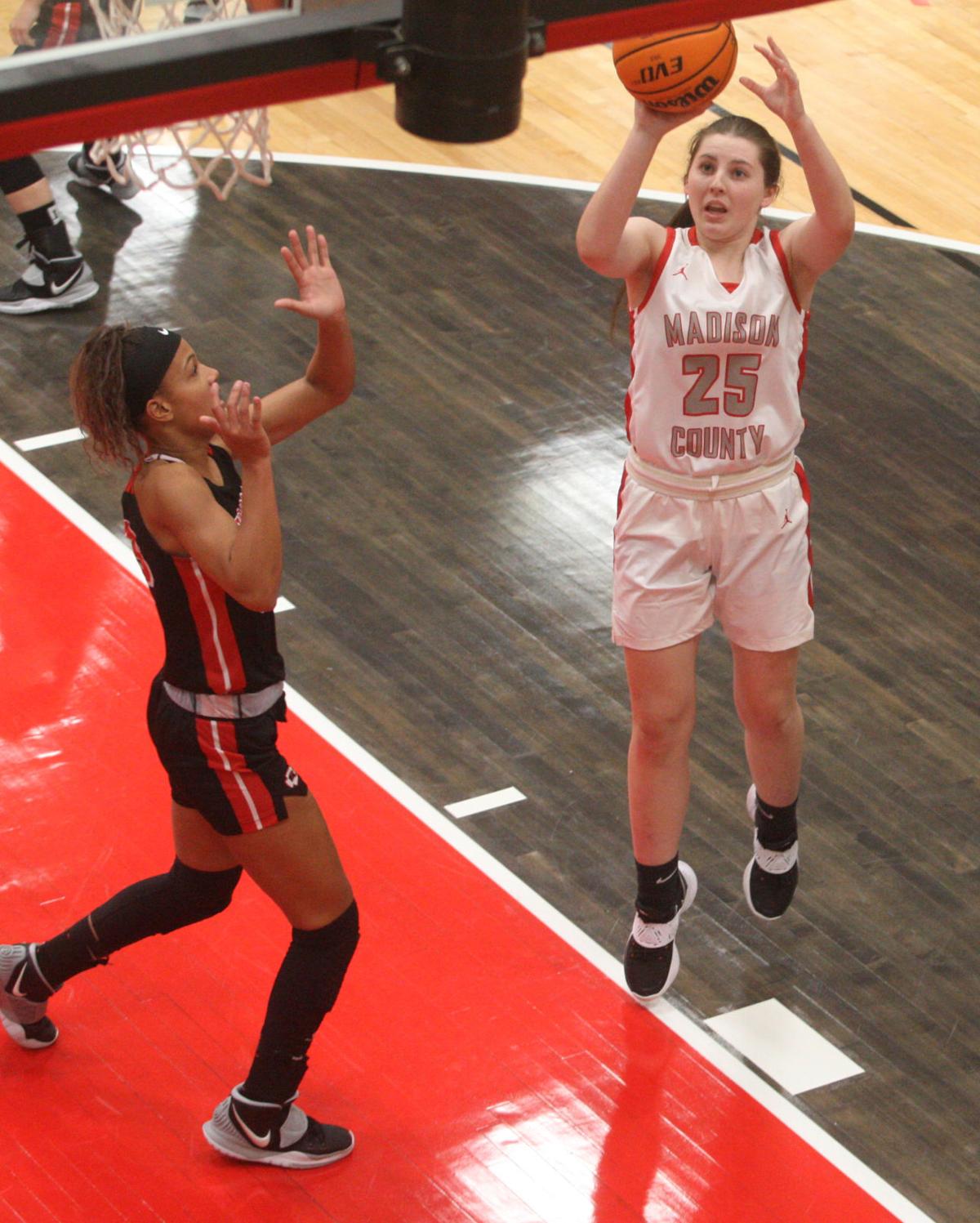 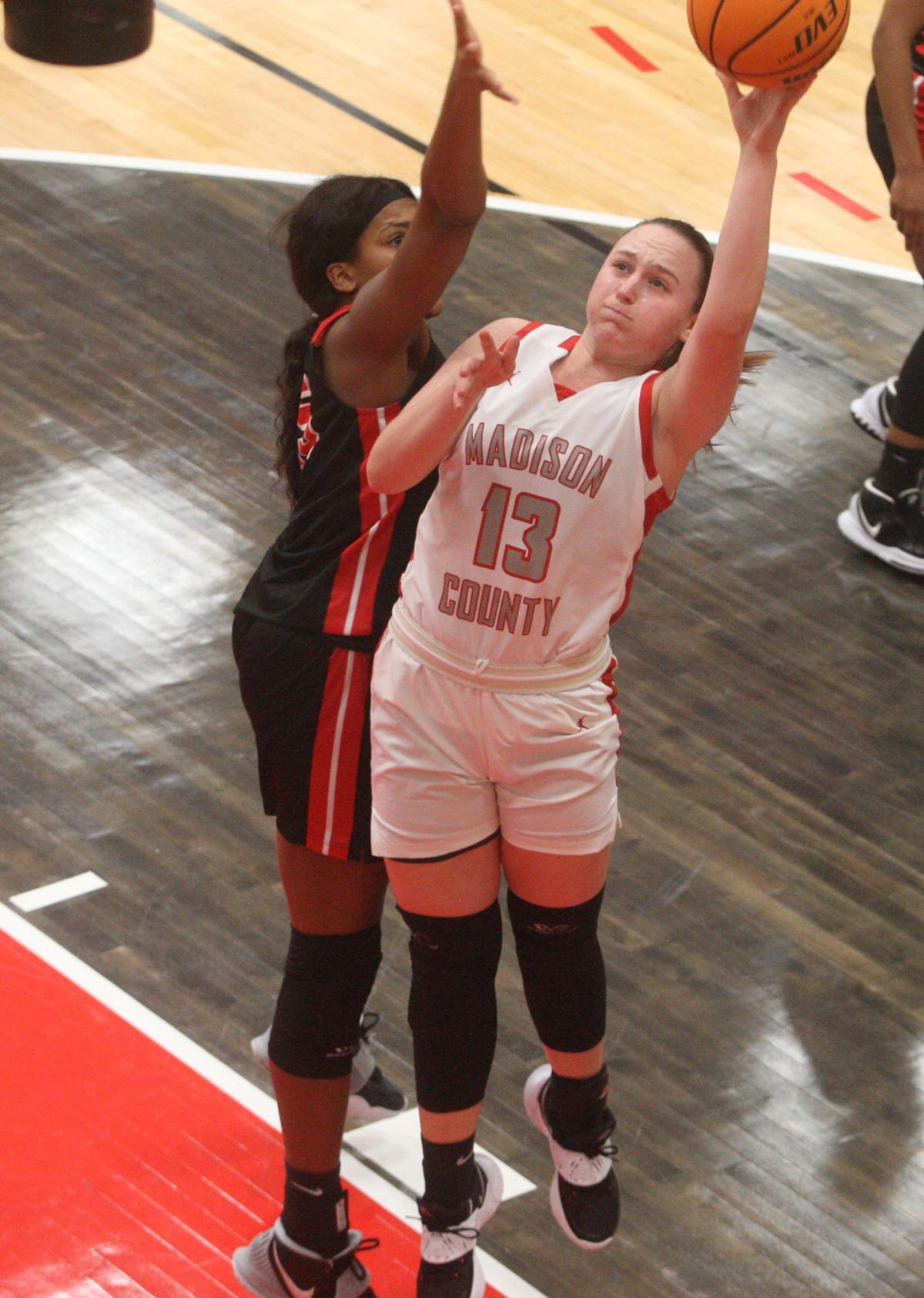 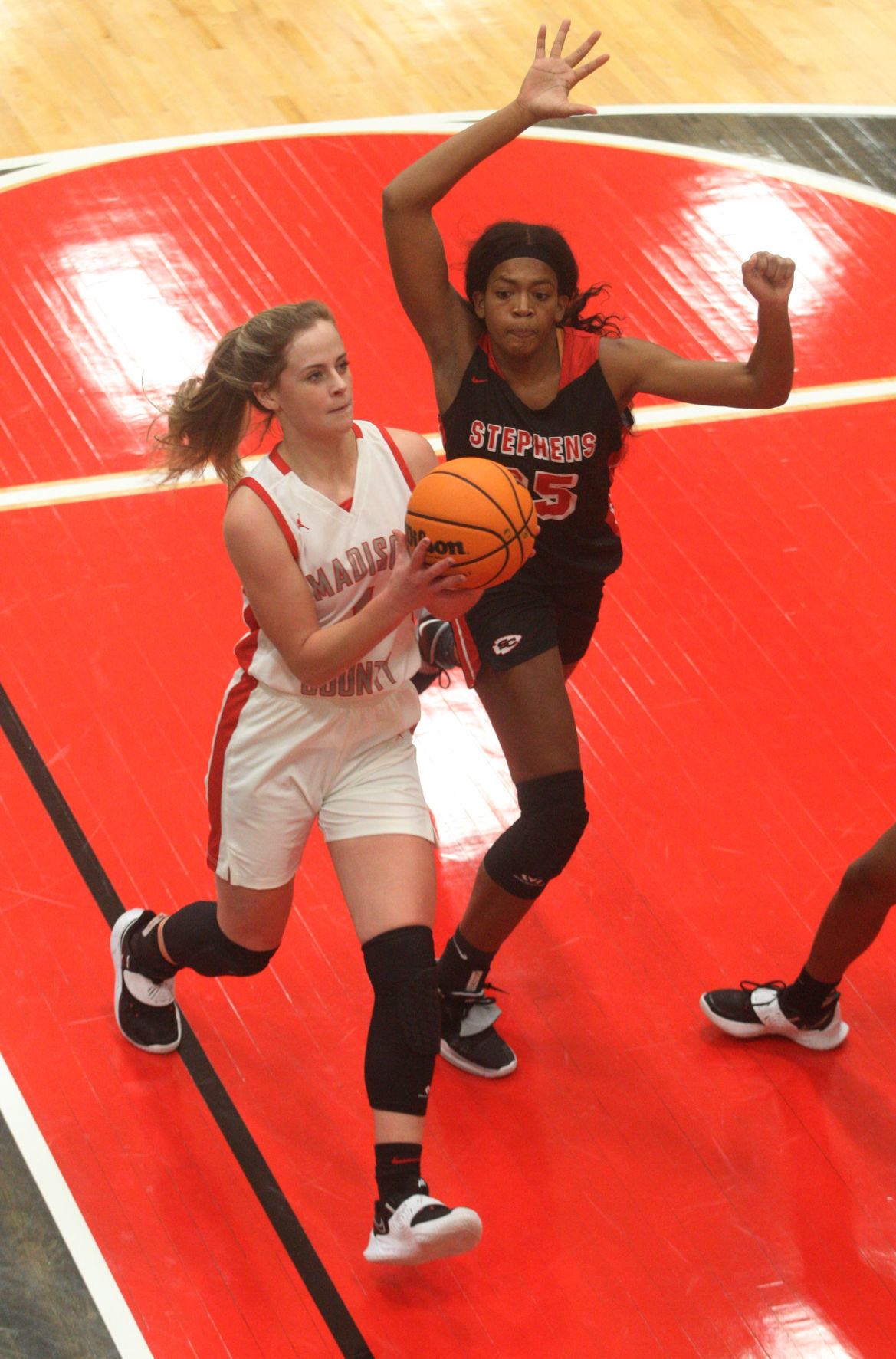 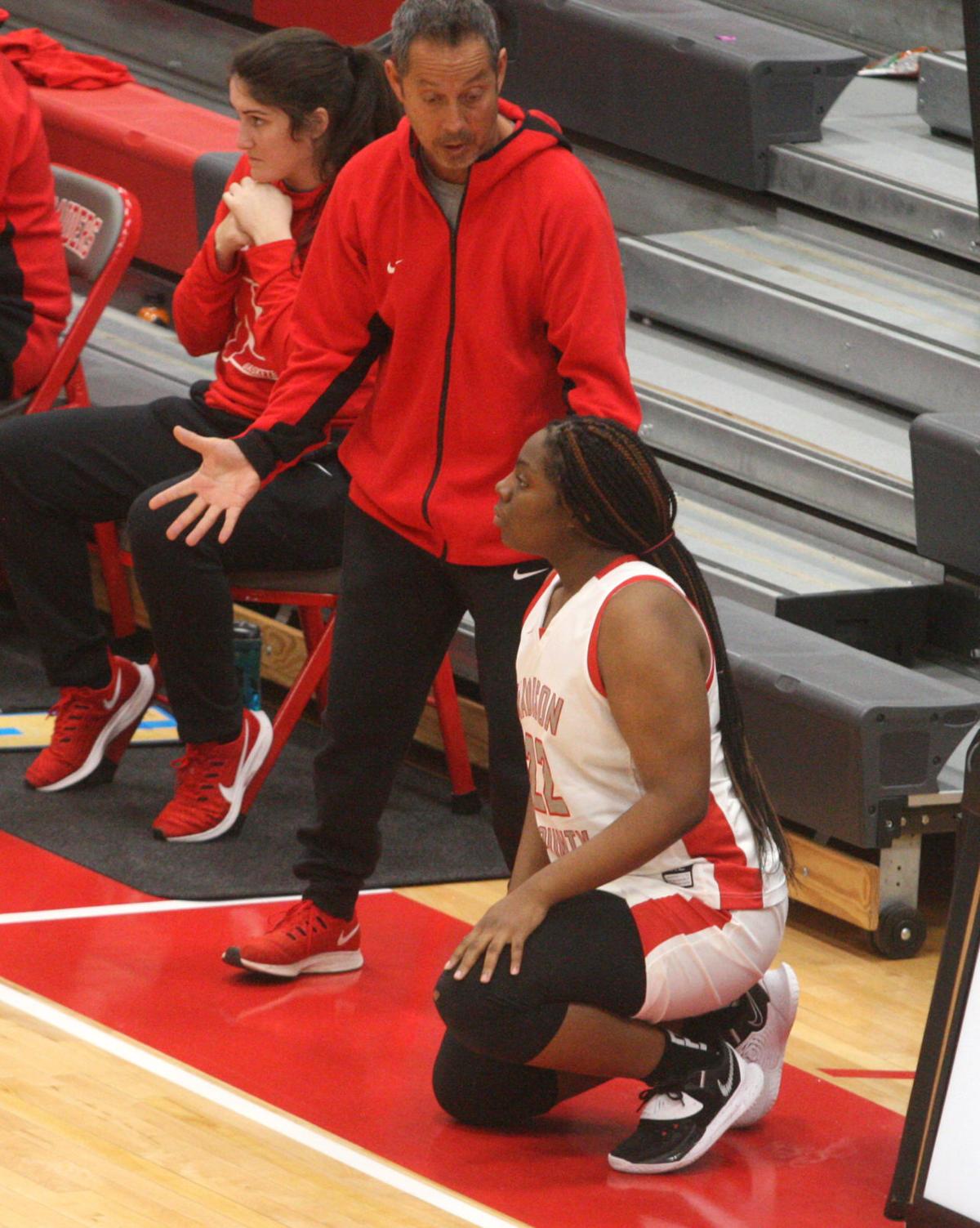 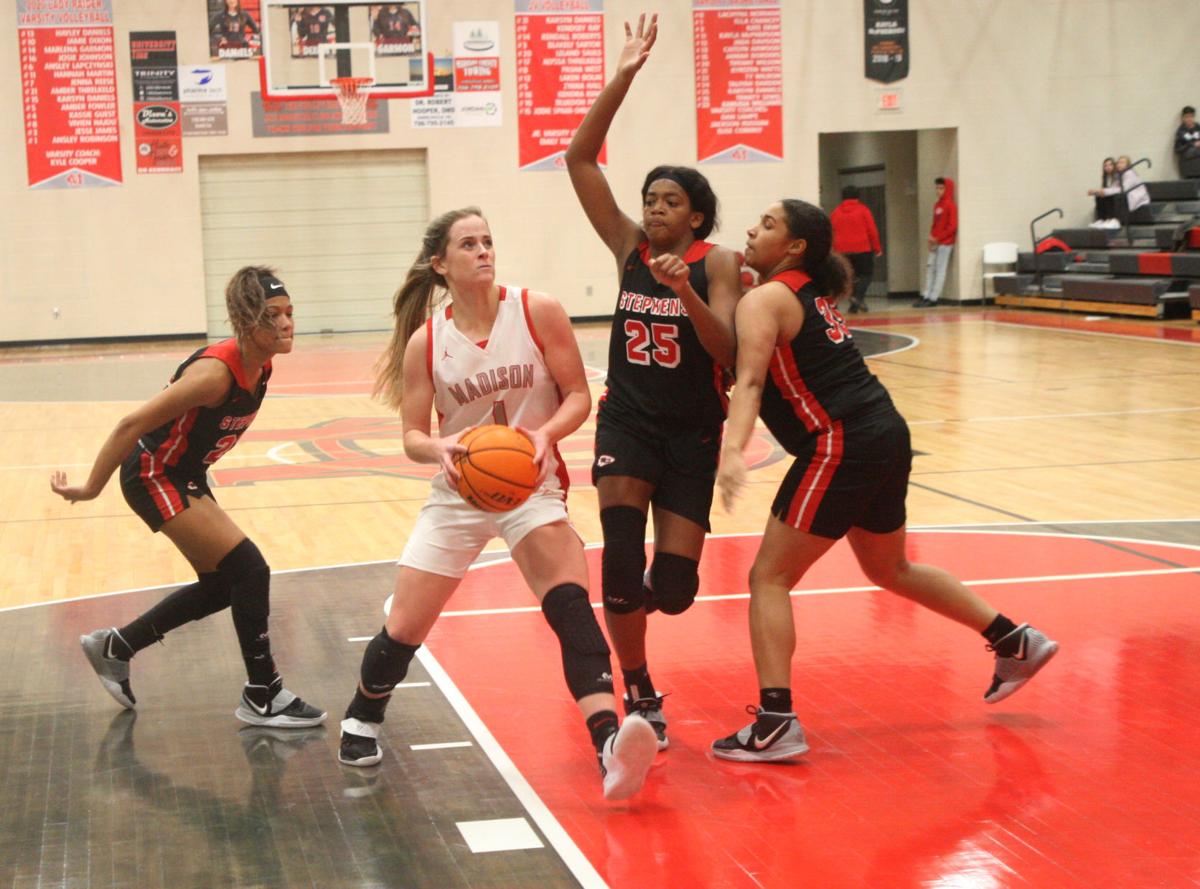 Madison County Coach Dan Lampe loves for his teams to play man-to-man defense. But sometimes the zone is the way to go. And he says that’s the case in 2020-21.

The opening moments of the Red Raiders’ matchup with Stephens County drove that home for Lampe when the Indians raced to an 11-0 lead, eventually defeating Madison County 56-40.

“The 11-0 run was because we wanted to try man again,” said Lampe. “I wanted to give it a few reps to see how we look in it. We’re just not ready yet. I think we’ve fallen into our 2-3 (zone) and we just have to keep getting better at that for this year. And if the shot clock comes next year, a little mixture of 2-3 and man could really give a team fits.”

Madison County didn’t help itself from the charity stripe Saturday, going 2-for-11 from the line, while also struggling to hit layups.

Still, after the early barrage by Stephens County, the Red Raiders were competitive.

“Stephens has seven or eight seniors,” said Lampe. “So this is their year they’ve been ramping up for. We’ve seen them since they’ve been freshmen and we kind of ran them out for a couple of years. Last year they beat us in an exciting game…. Overall, I felt we really competed tonight.”

Lampe, whose team lost to East Hall 61-41 Friday night, said Ella Chancey and Tiffany Wilson have been “our mainstays” this season. Though Wilson, who shows an ability to get to the basket, had an off shooting night Friday, she helped the team with 10 rebounds. She then found her shooting touch Saturday, scoring 17 with five boards.

“Ella just works so hard for what she gets, getting all those offensive boards,” said Lampe. “We need to get more people going to the boards like that. Look how many points she’s getting just going to the board and not backing up.”

“I felt Kyrsten is starting to shine a little more,” said Lampe. “She’s improving her game, getting more aggressive offensively and wanting to attack the rim more, which is really good for us. We’ve got to have that.”

The Red Raider program is very young, filled primarily with freshmen and sophomores. And with the loss of one of the nation’s top players in Kayla McPherson to an injury, the team is still focused on winning, but perhaps more importantly, the Red Raiders are building for the future.

Along those lines, junior varsity coach Elise Coberly has been pleased with how her 6-1 team is looking this season and the strides the JV girls are making. She noted that due to covid, players can now play six quarters, instead of the normal five on a game day.

“Because of that, we’re able to roll almost the entire program, which is able to get JV playing time,” said Coberly. “It’s helping some of the girls who play varsity like Kyrsten (Watts) or Taliyah (Darden). They’re able to get their feet wet and play a couple of quarters of JV and then turn around and play varsity and they’re already warmed up and sometimes they come out and have just as good a game varsity as they did JV.”

She said Addison Peeples, who started the season as JV only, has worked hard this year and earned a place on the varsity squad. Coberly said Peeples had 10 points and multiple steals in a recent JV game.

The varsity squad is struggling in the win column this season. But Coberly said the JV success is helping offset some of those frustrations, since the freshmen and sophomores are getting playing time against girls the same age.

“More than anything, I think it helps with morale,” said Coberly of the JV action. “Saturday they were so excited when they won against Stephens.”

The JV Raiders battled back from a 10-point deficit in the fourth quarter to defeat Stephens County, 42-37. Kate Bray and Taliyah Darden both scored eight points and Janiah Border added seven.

Watts led Madison County with 12 points, while Borders and Avery Bailey had 10 and Karsyn Daniels had nine.