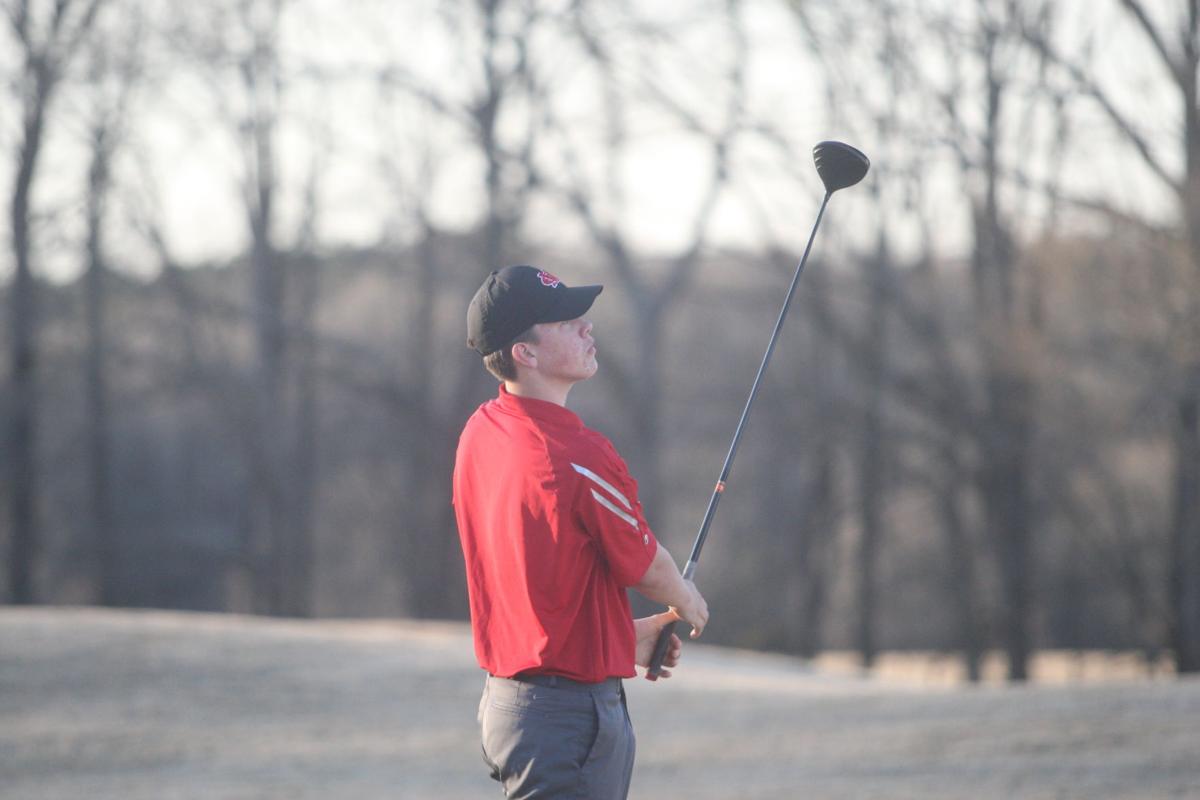 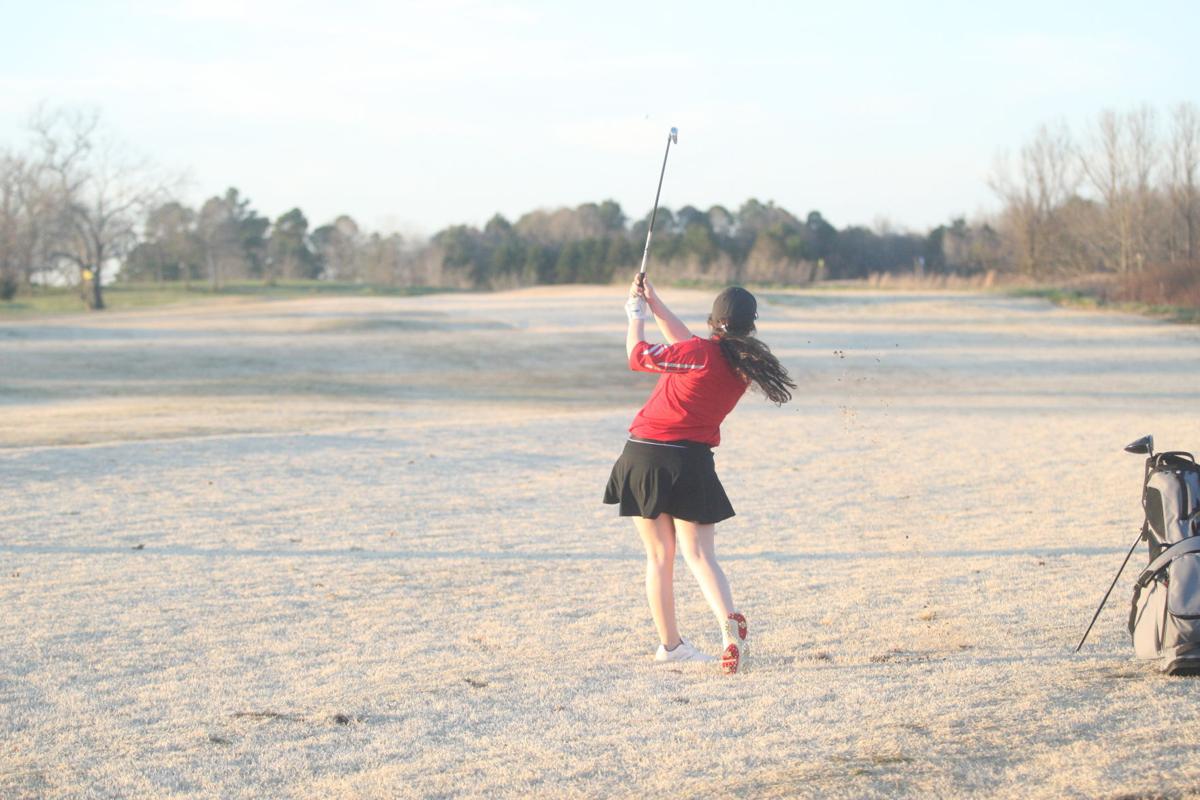 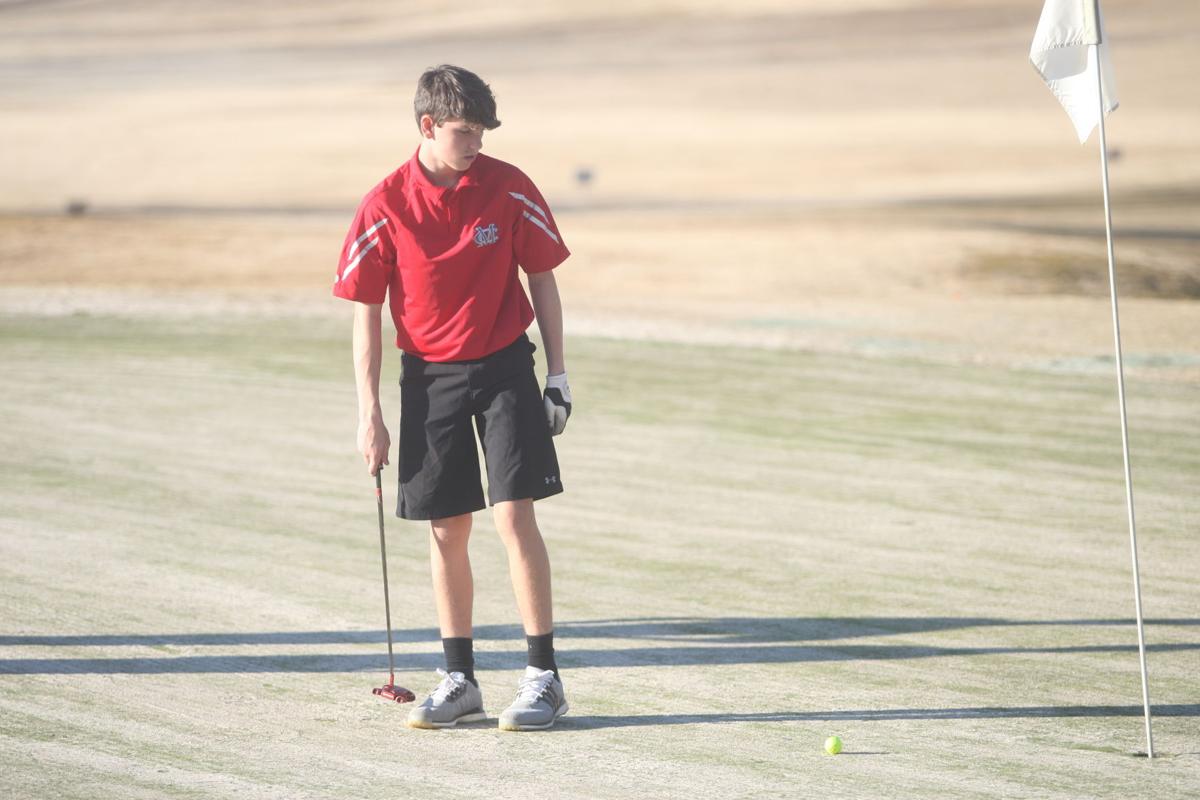 But putting is still not so sharp.

“Our guys are playing well right now,” said Red Raider boys’ coach Tyler Berryman. “We are getting to the greens easily. We are playing around the green very well, but putting has hurt us. We have to turn those three-and-four putts into two putts. Each golfer with the exception of Junior Jake Carey, is losing 10 strokes per nine holes.”

Berryman said Carey “has been playing very well of late,” with a nine-hole average of 39, “but is trimming that average down quickly.”

He also said the team has a couple of freshmen that are coming on strong right now.

“We are looking forward to what they will do over the next couple of years,” said Berryman. “I am very proud of the kids and appreciative of their hard work. Our guys are doing everything myself and Coach (Matt) Boggs have asked them to do. We have not been real competitive in quite some time, but if this group continues to progress like they have, they could make some noise soon.”

Madison County fell last week, 139-166 over eight holes, at Double Oaks Golf Course to Jefferson. Carey led Madison County, going two over par. The Red Raiders then played at Chimney Oaks in the Valhalla Cup hosted by East Hall. Carey was out due to quarantine. Brayden Culberson led the Red Raiders, firing and 81 over 18 holes. The team finished at 373.

On the girls’ side, the Red Raiders defeated Jefferson last week in a five-hole match, winning 81 to 83.

Ella Czaplinski led Madison County with a 25. Audrie Sartain and Jada Smith finished with a 28, while Elizabeth Atkinson shot a 33.

The girls played a nine-hole scramble at Hard Labor Creek Saturday with Sartain, Smith and Atkinson on a team, shooting a 45.

Czaplinski played with two girls from Lafayette and the tied for first with a 41.

"The girls have been practicing hard and getting better,” said girls’ head coach Ken Morgan. “Ella Czaplinski has gotten off to a great start and leads the team in scoring for the season so far. The others are also beginning to see improvement and knocking strokes off their scores. We are very excited about our season and the postseason. These ladies are fun to coach and represent our school well!"