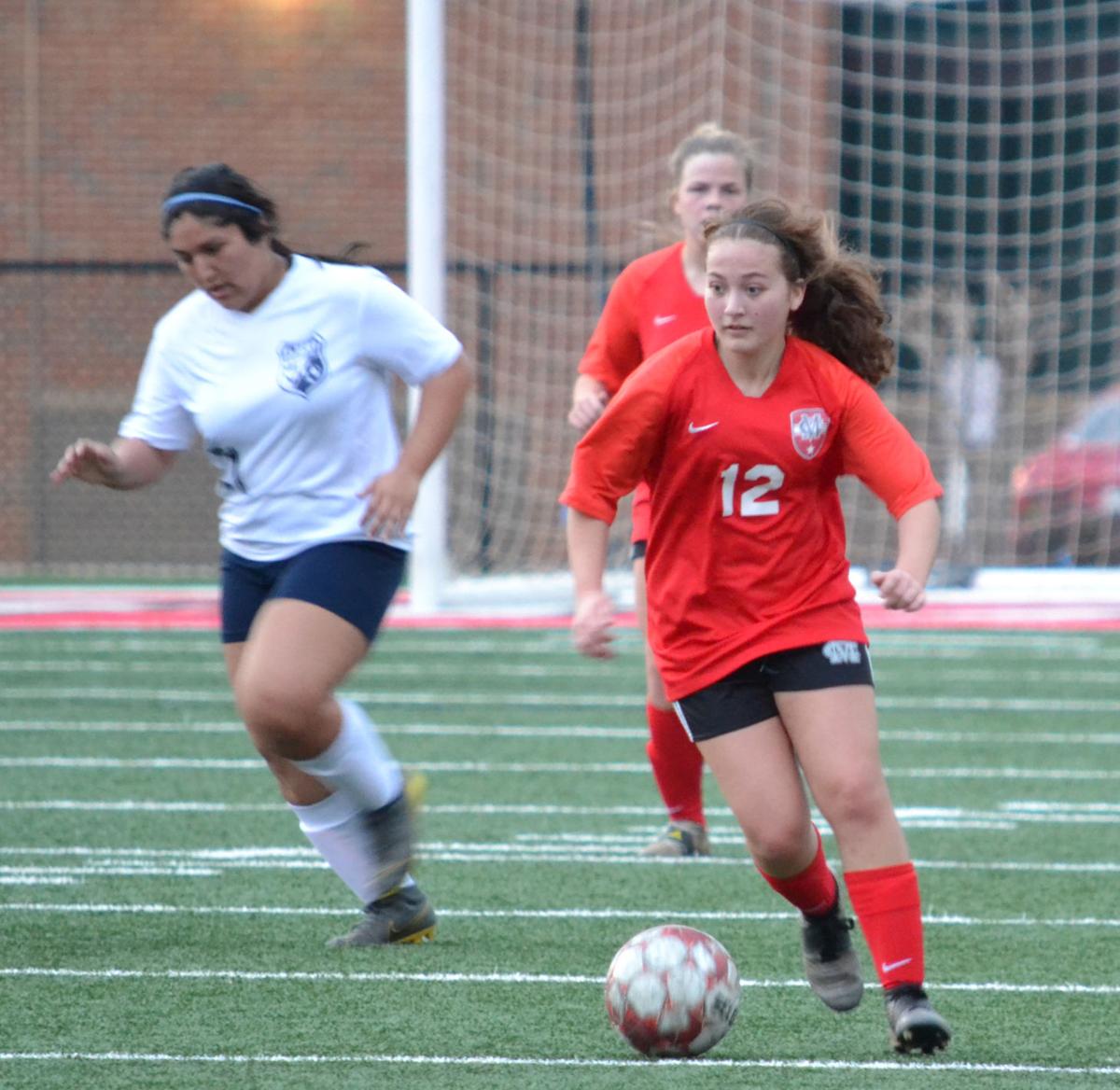 Anna Kate Mathis is on the move in a recent match. 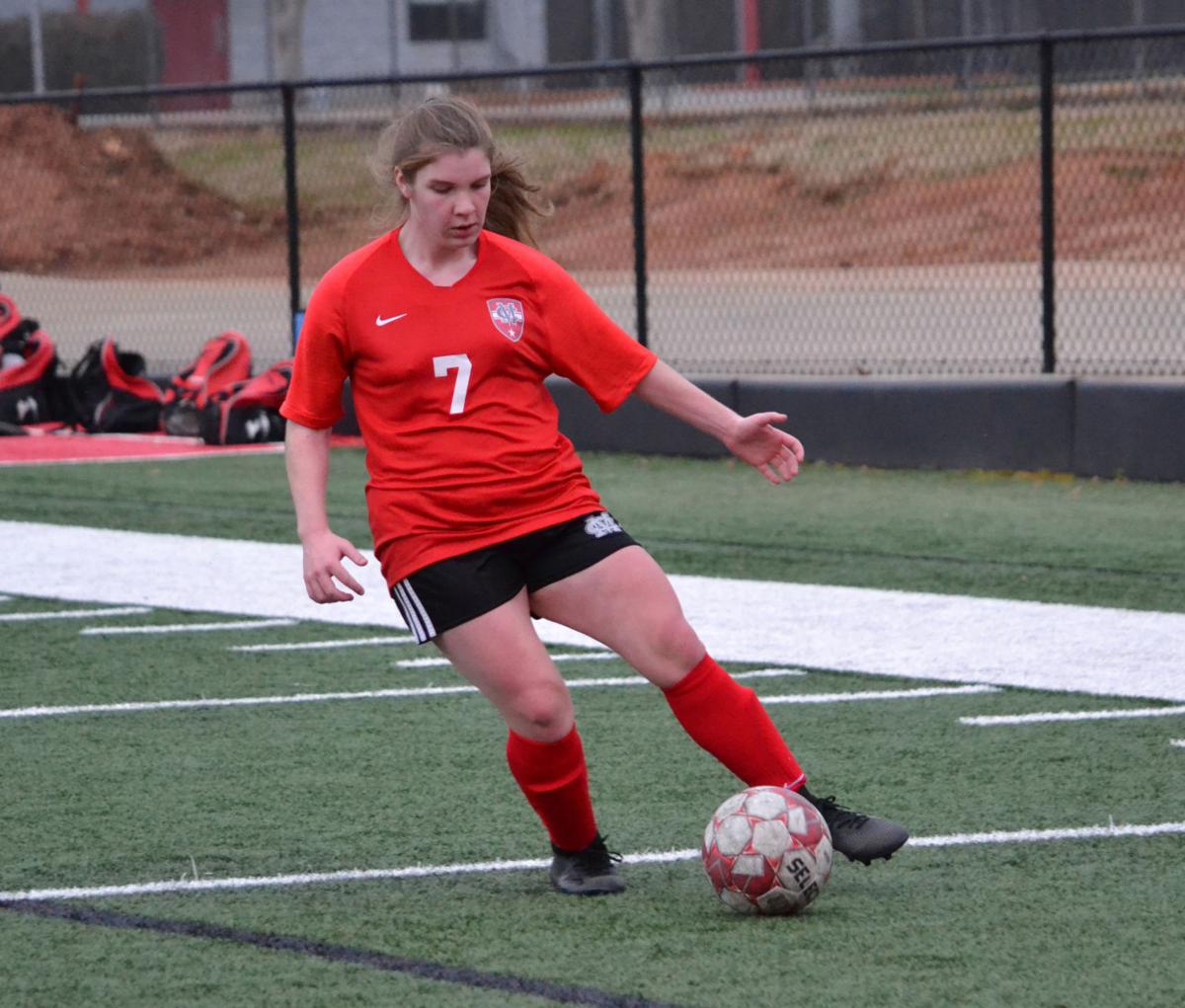 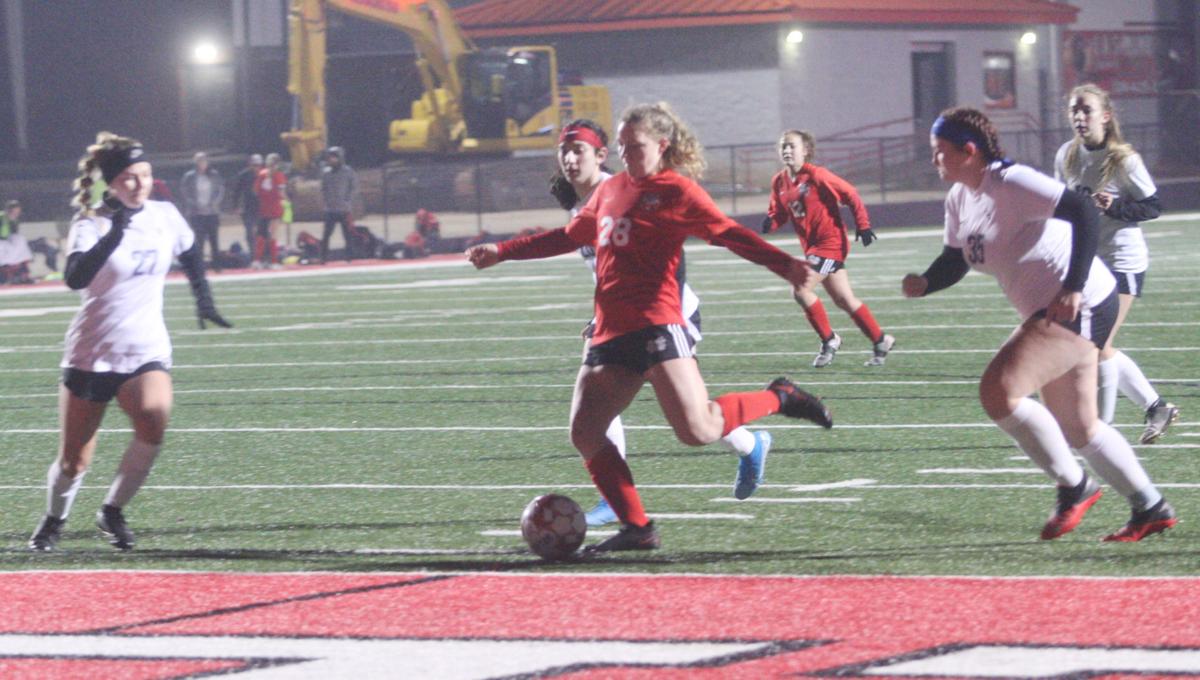 Anna Kate Mathis is on the move in a recent match.

The Madison County girls’ soccer team lost some important seniors off last year’s squad: Hallee Nash, Keri Janosik and Ally Alewine. But the Red Raiders are showing that they can handle it so far, opening the season with a 3-0-1 record.

“With those three players gone, it meant that this year's team would need to step up to maintain the consistency in our defense and to rebuild our offensive threats,” said Madison County head coach Lee Reno. Losing a large part of last year's season, the coaching staff knew that we would have to develop some of our returners into the contributors that they had the potential to be. Thus, the coaching staff has been excited to see our returners continue to improve, and we are excited to see the impact of our freshmen that made varsity and how they would be able to fit into the team.”

Reno said his team’s style of play varies from game to game.

Of course covid has shaken up everyone’s situation.

“Having players get quarantined right before a practice or a game has led to some challenging rearranging of our players and their positions,” said Reno. “The mentality of the entire team this year is that they should be ready to play any position, at any time, without a lot of notice.”

The Red Raiders’ toughest opponents this season will be in Region 8-AAAA.

“Our region has some really challenging girls soccer programs in it,” said Reno. “North Oconee and Jefferson are both programs that have a lot of club players on their roster, and they are predicted to be really good this year. These programs are our first two region opponents and some early injuries in our season may cause us to play them without our full team.”

Once again, the Red Raiders routed an opponent with seven goals, downing Elbert County 7-0. Josie Johnson made a big penalty kick save to force the shutout while goals for the Lady Raiders were scored by Chason, four goals; McClure, two goals; and sophomore Anna Kate Mathis, one goal.

The fourth game of the season was a 1-1 tie against Oglethorpe.

Junior goalkeeper Josie Johnson picked up an injury before the game and Reno said sophomore Makenzie Lester “stepped up big” to play keeper for the Lady Raiders. Chason scored for Madison County.

Madison County, which was slated to face Clarke Central Tuesday, will travel to North Oconee Friday and East Jackson Feb. 23. Both matches start at 5:30 p.m.