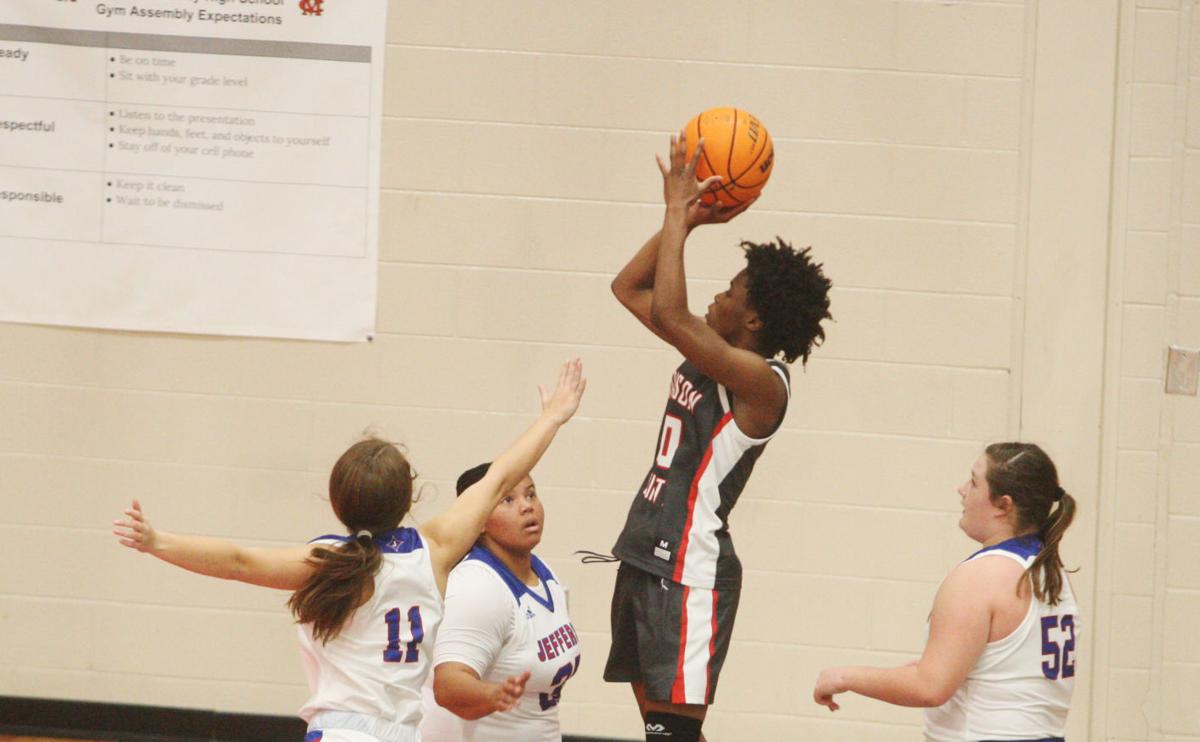 Tiffany Wilson puts up a shot over Jefferson defenders Saturday. 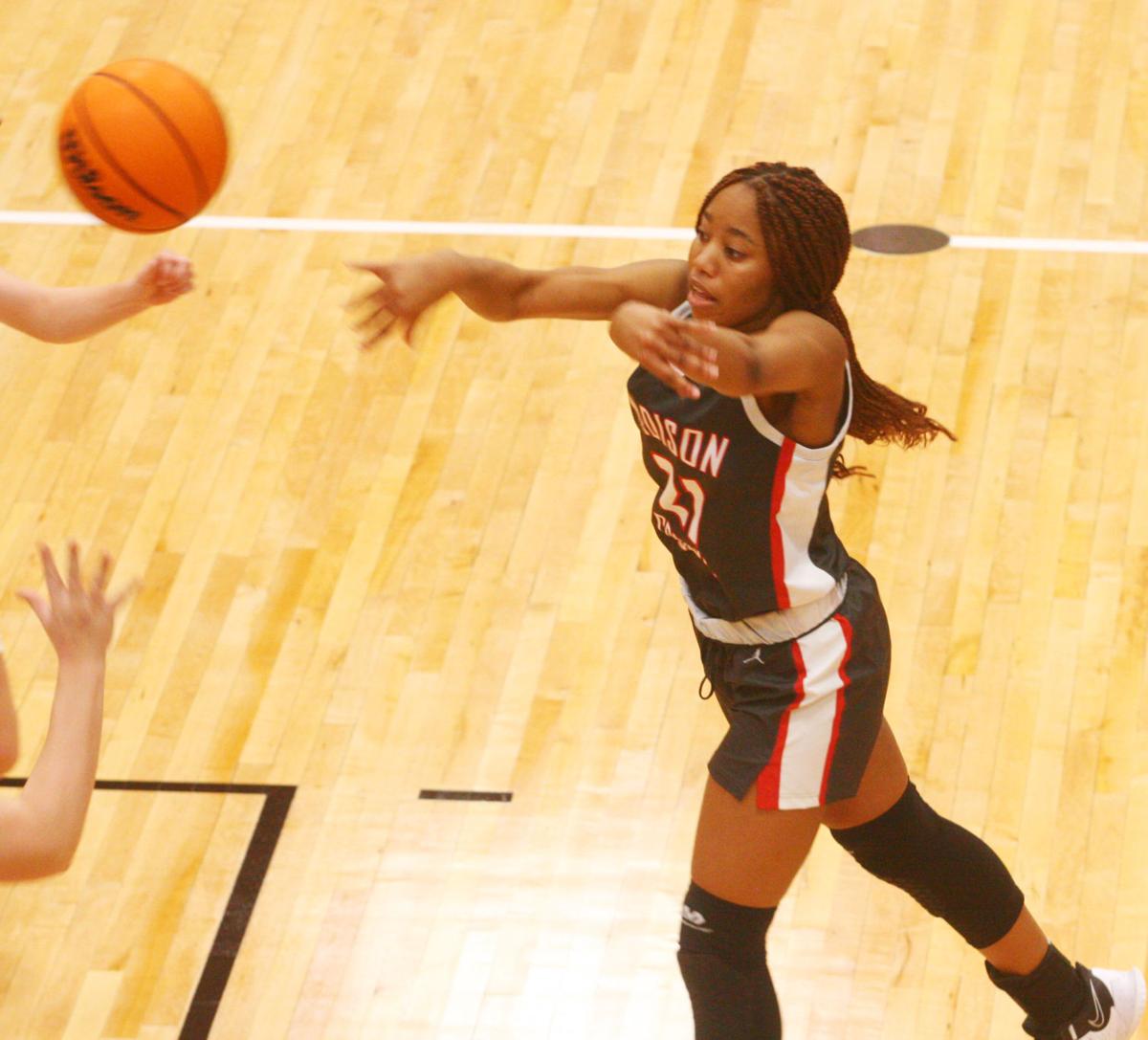 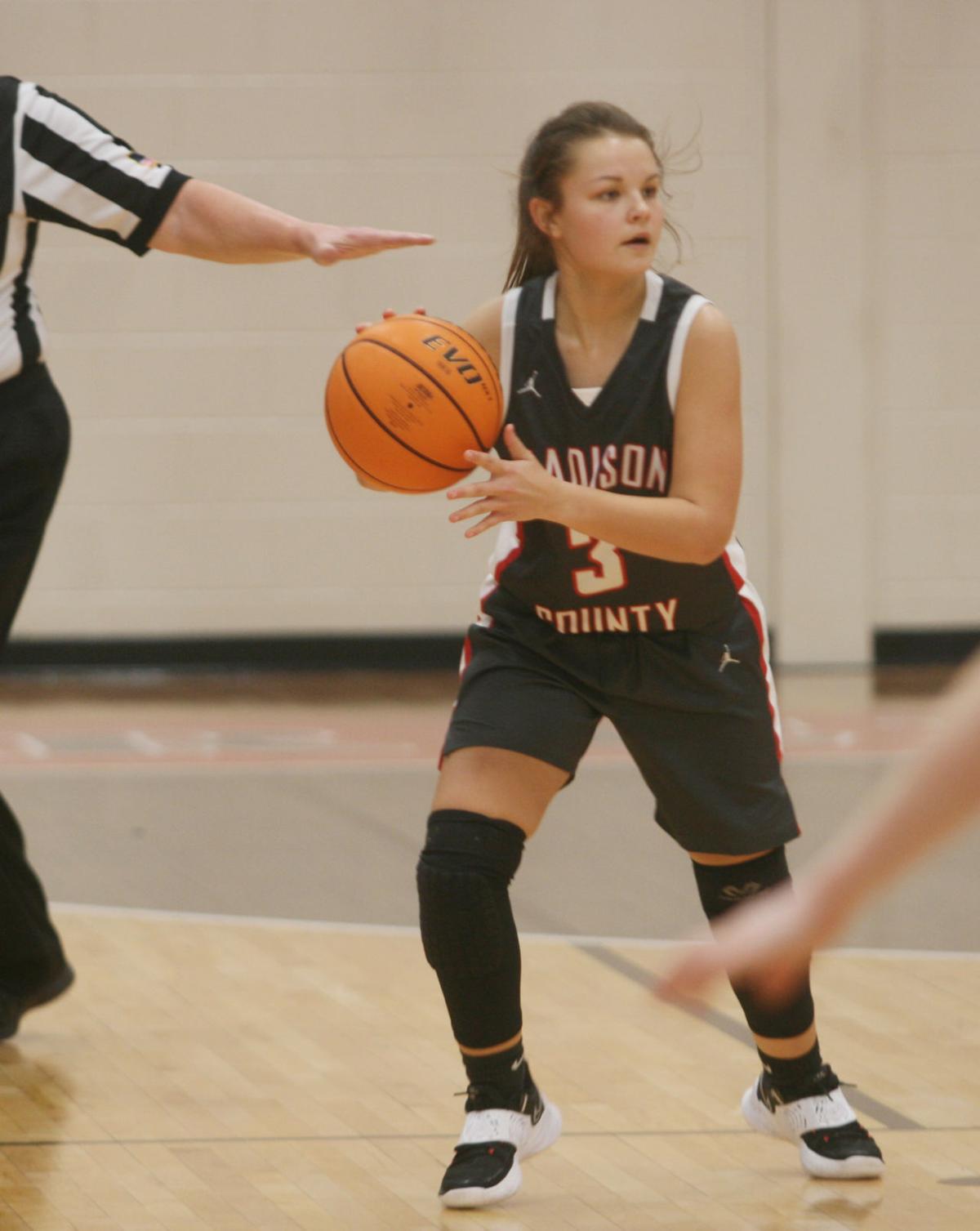 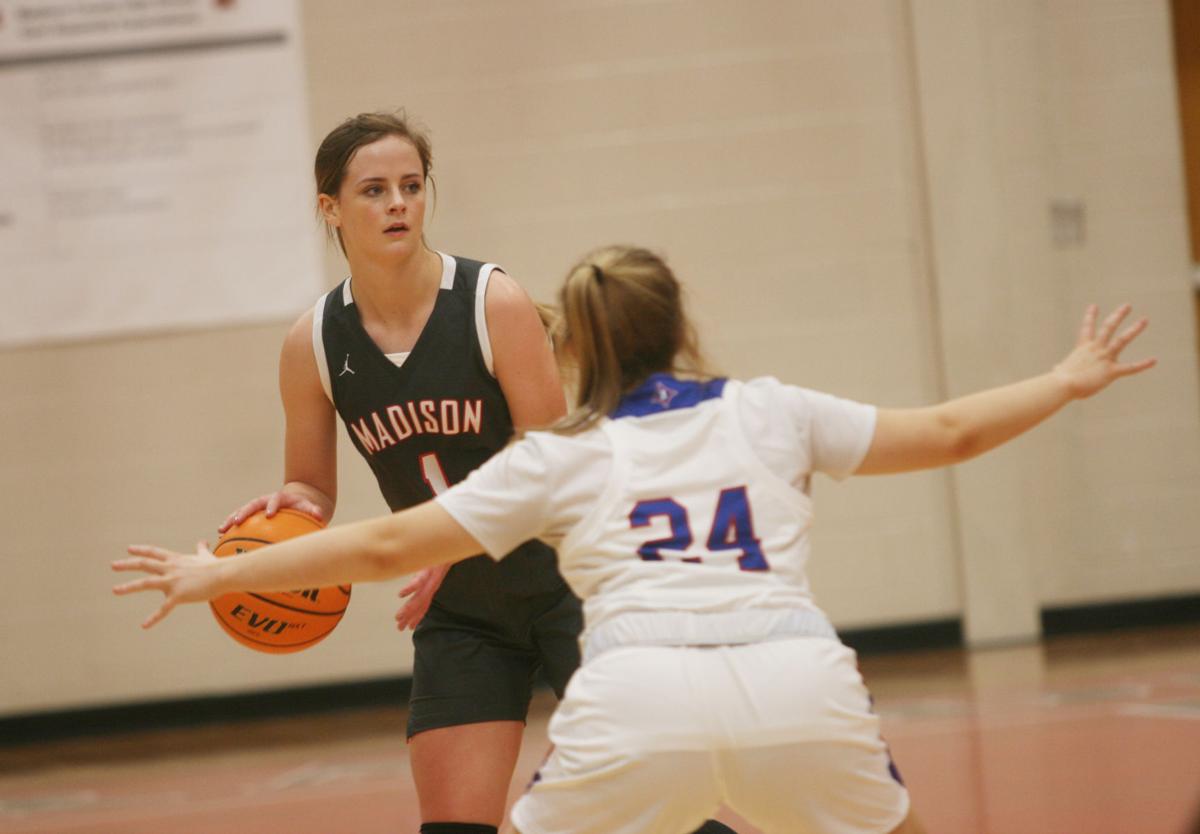 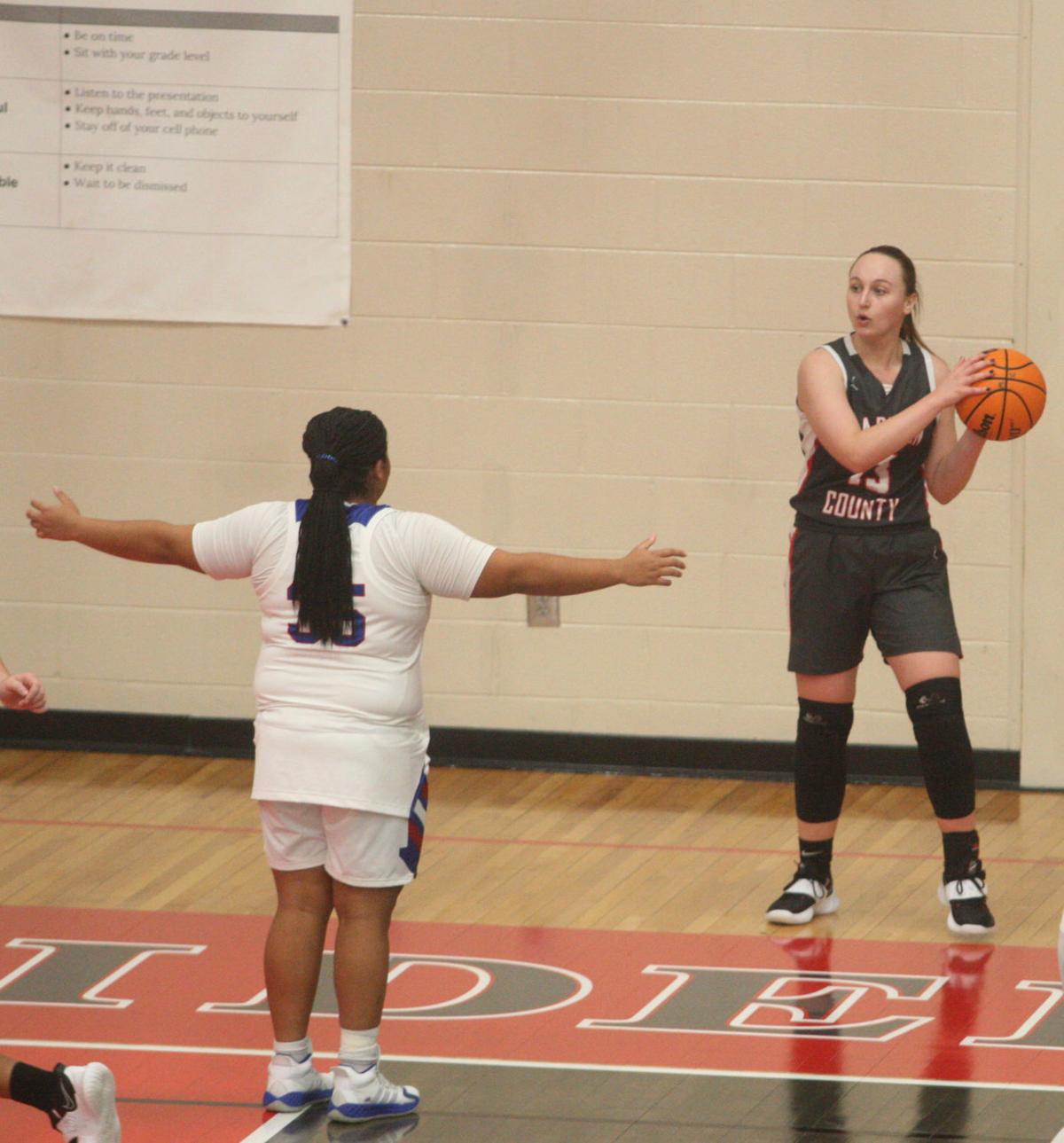 Tiffany Wilson puts up a shot over Jefferson defenders Saturday.

When star point guard Kayla McPherson was in the game the past few years, teams were reluctant to press Madison County, because the North Carolina signee, who was lost to injury this year, would make them pay.

But with her sidelined, the Red Raiders can’t get away from the pressure. And this year’s Red Raiders have struggled to break the press. Teams are keying on the squad’s inexperience at point guard.

“You make the other team a lot better team when you don’t have a point guard,” said Red Raider head coach Dan Lampe.

Lampe said several players have tried but are more suited for other roles. He said this year is just part of a growing process, part of the long game. He’s optimistic about the team’s prospects in the next couple of years, especially with the success of this year’s junior varsity players and a talented middle school class on the way.

Meanwhile, the coach said senior Ella Chancey has really stepped up in recent games and could perhaps be an answer as a point/power forward.

“Ella has been the biggest surprise we’ve had all year,” he said. “She’s been like, somebody’s got to do it, why not me? I think it’s a confidence thing.”

The coach said he wants to see that confidence spread.

“Our biggest thing is just to compete,” said Lampe. “Forget the play before, just come out like it’s zero-zero every time and just compete.”

The Red Raiders nearly got a road win at Flowery Branch Friday night, but fell 55-54 in overtime.

“I felt we competed right up until the end,” said Lampe. “I felt their seniors took it over at the end.”

Madison County fell 80-39 on “Senior Night” Saturday. Chancey, McPherson and Caitlyn Arwood were honored between the girls’ and boys’ games. (See MadisonJournalTODAY.com for a gallery of all seniors honored Saturday.)

Chancey paced the Raiders versus Jefferson with 16 points while hitting a trio of three pointers. Tiffany Wilson added nine.

Madison County will host East Friday and Stephens County Saturday with tipoff at 6 p.m. both nights. The girls will travel to Jefferson Tuesday, also at 6 p.m.