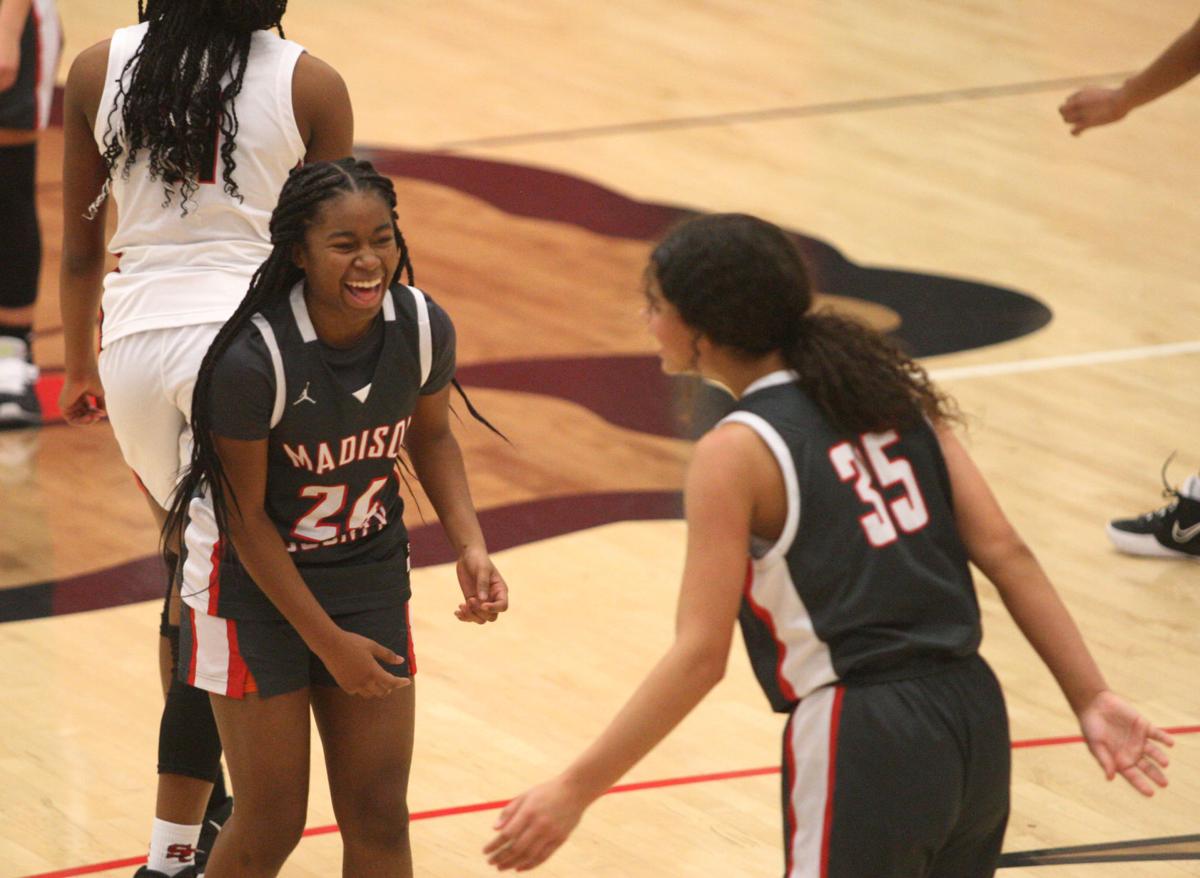 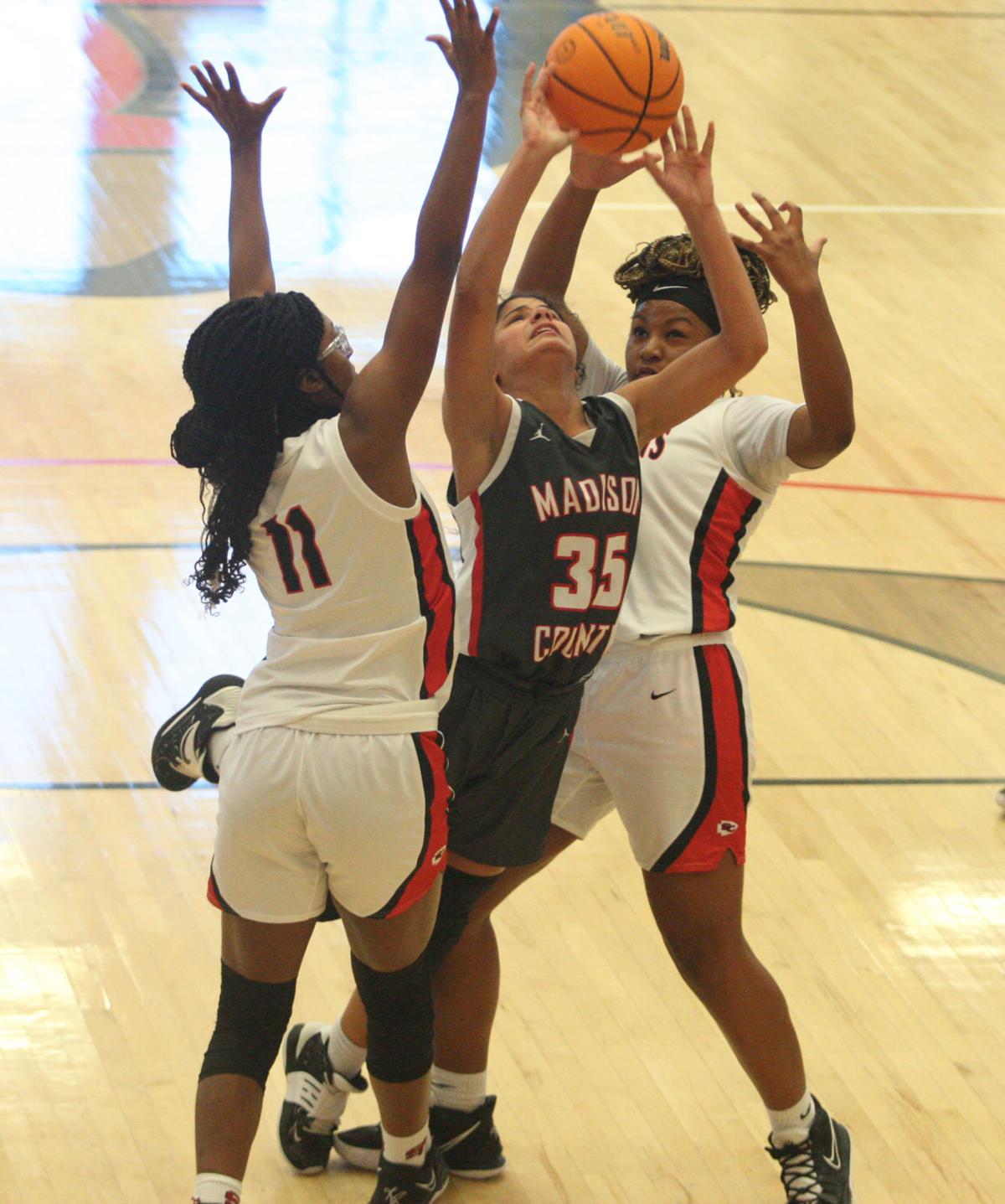 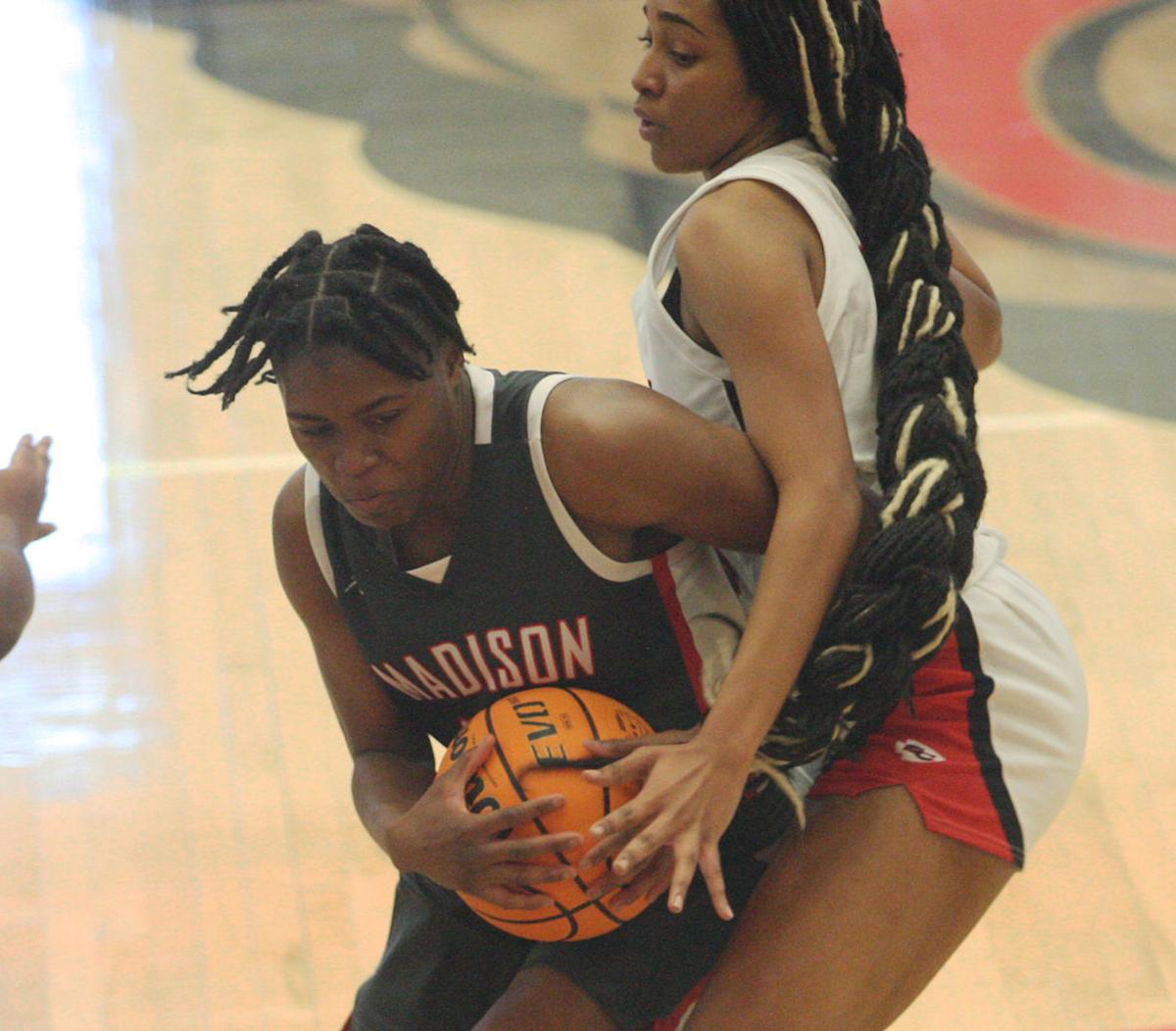 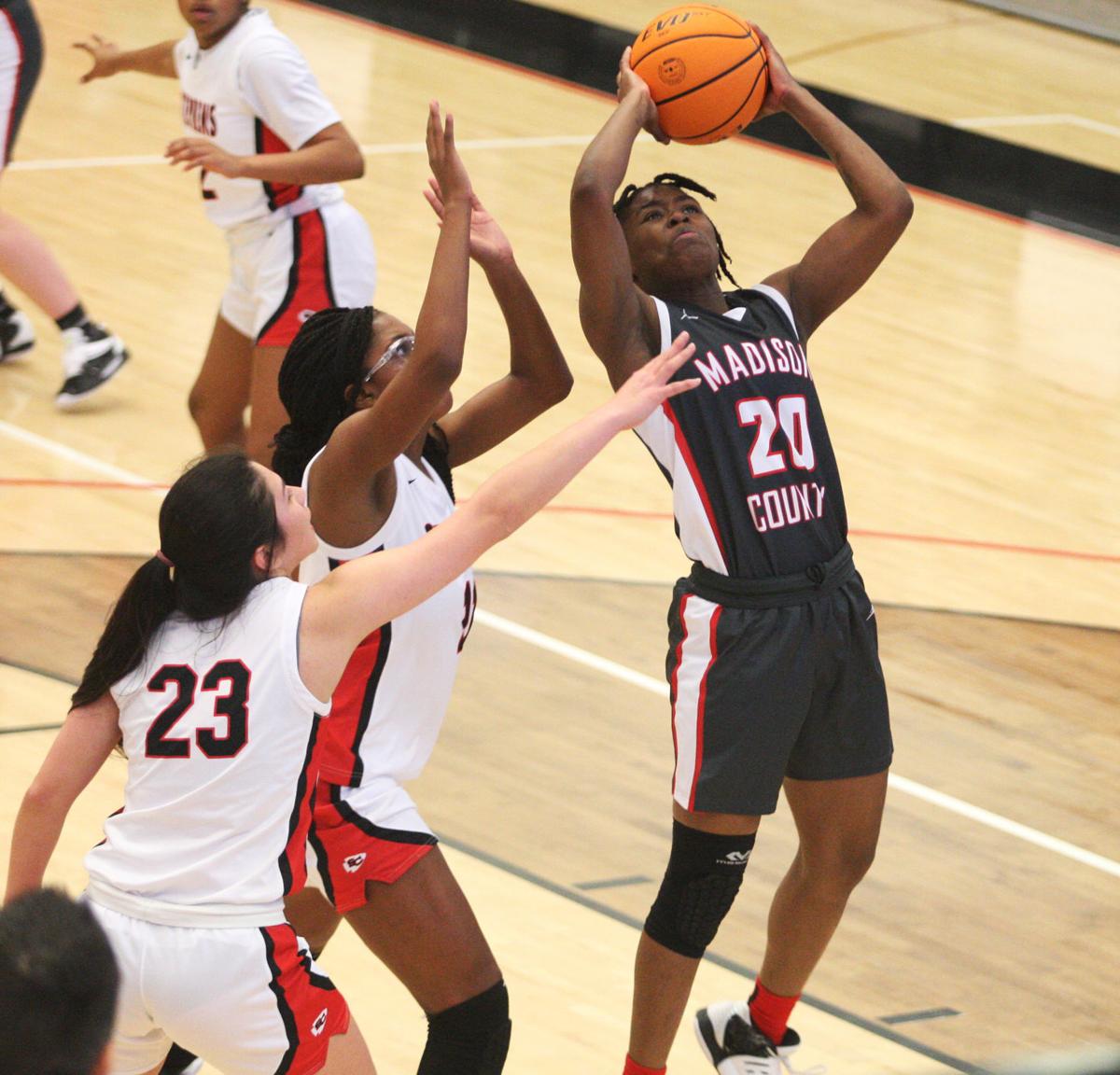 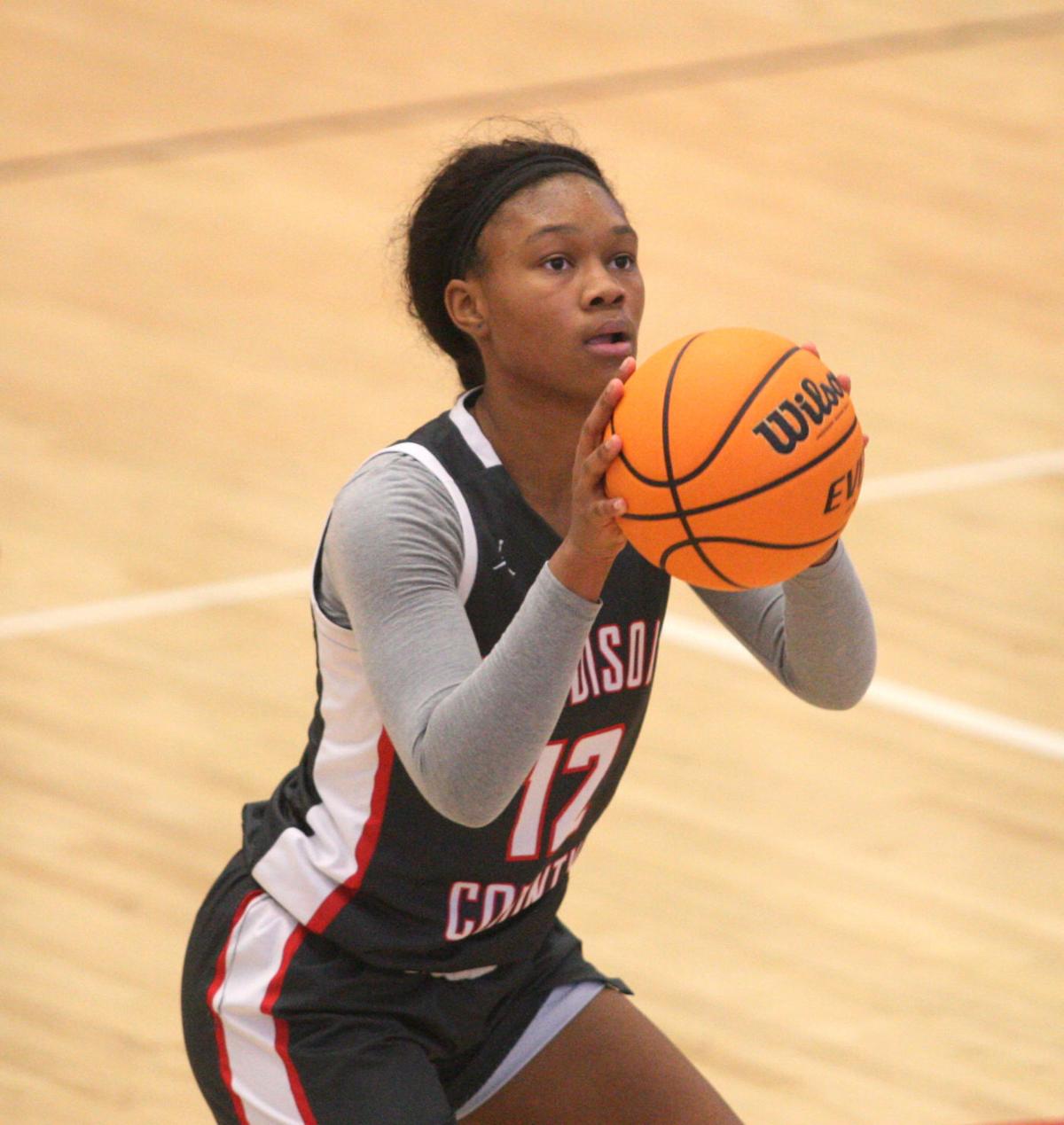 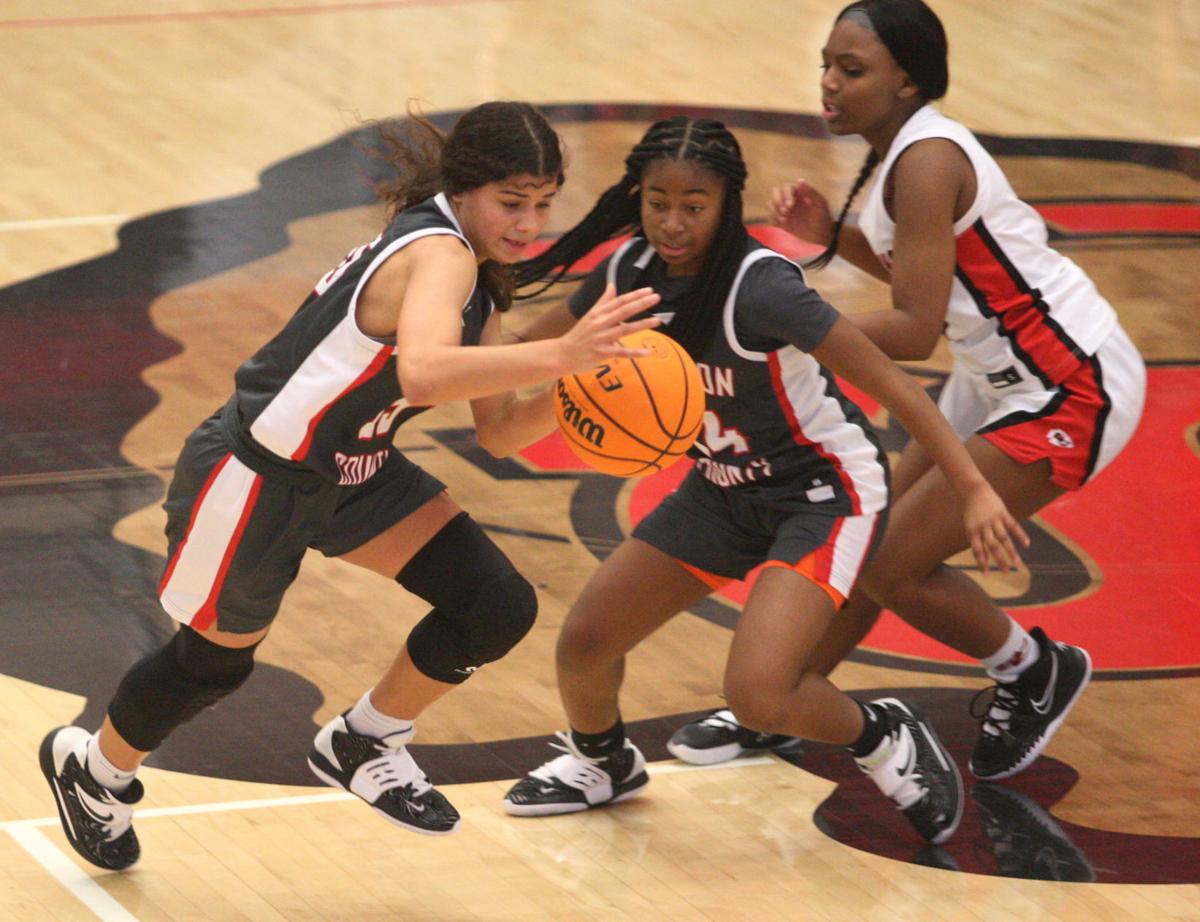 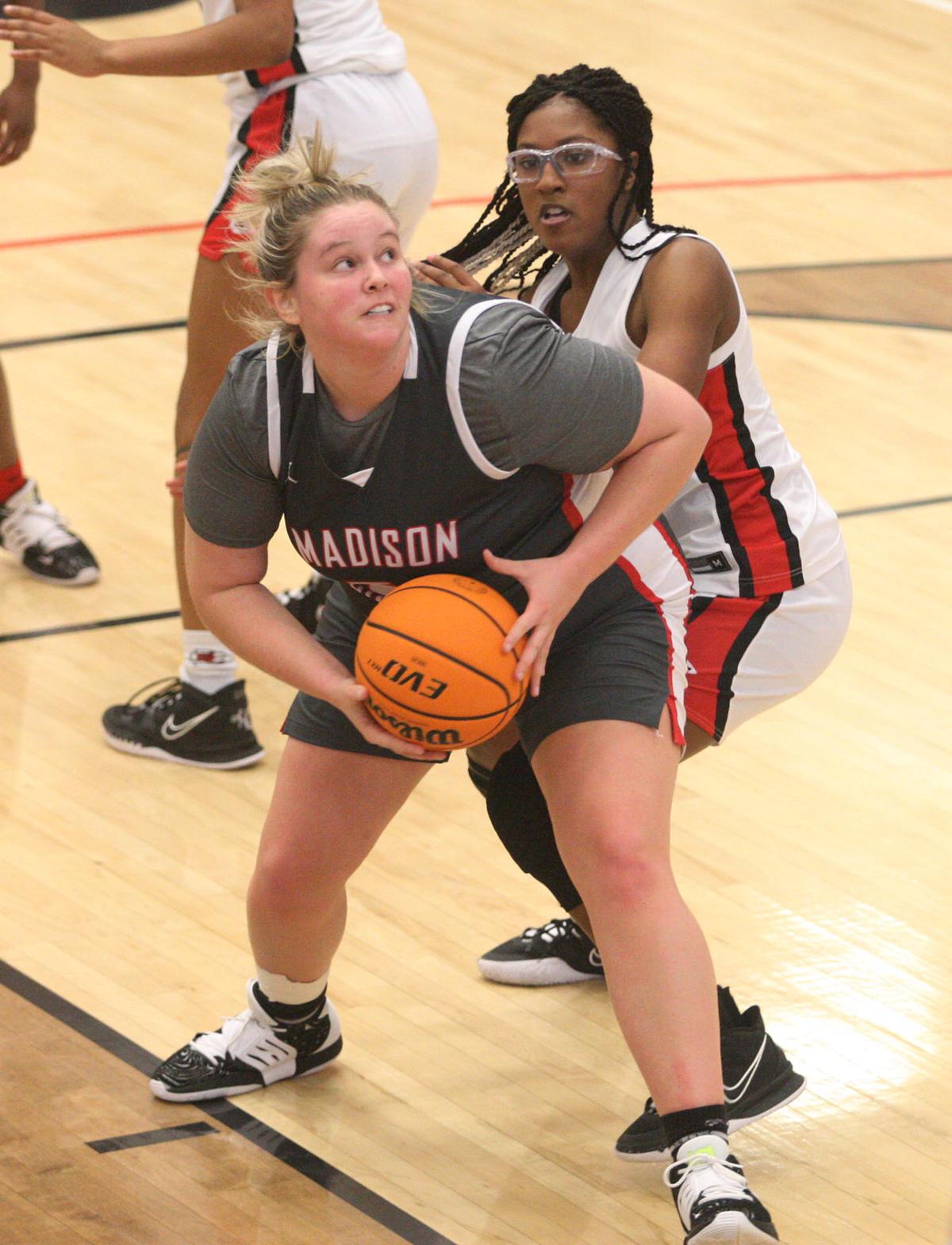 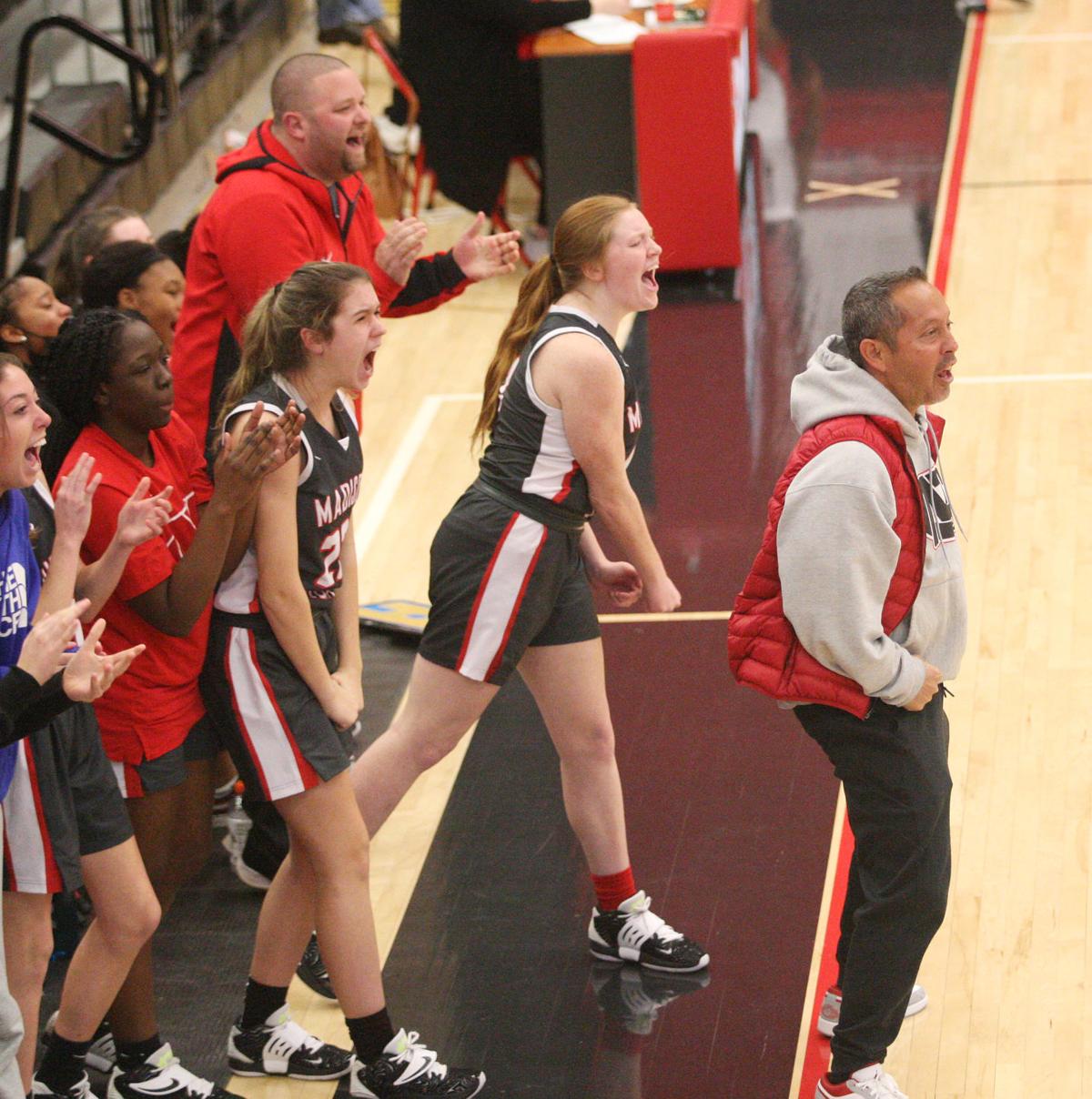 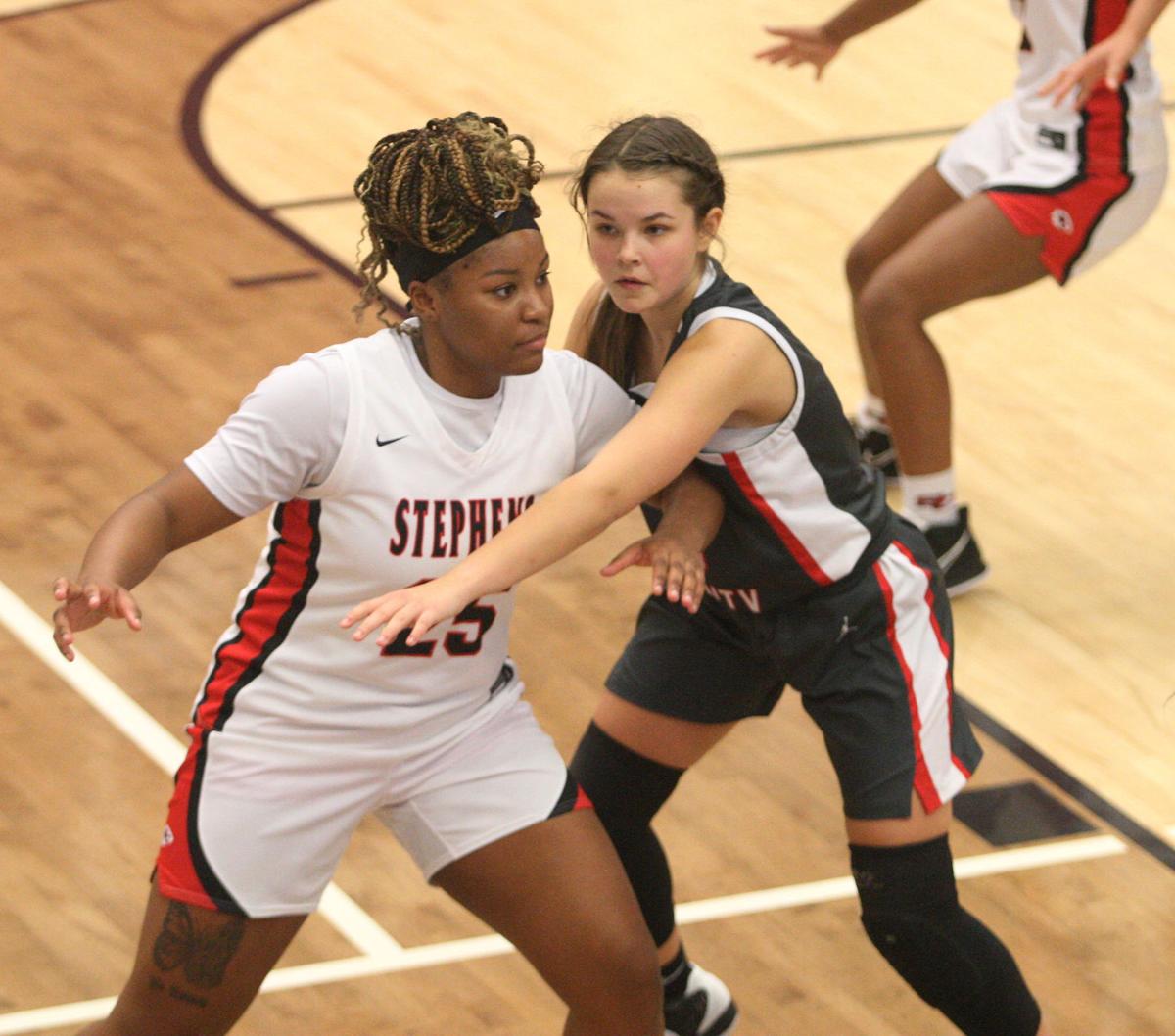 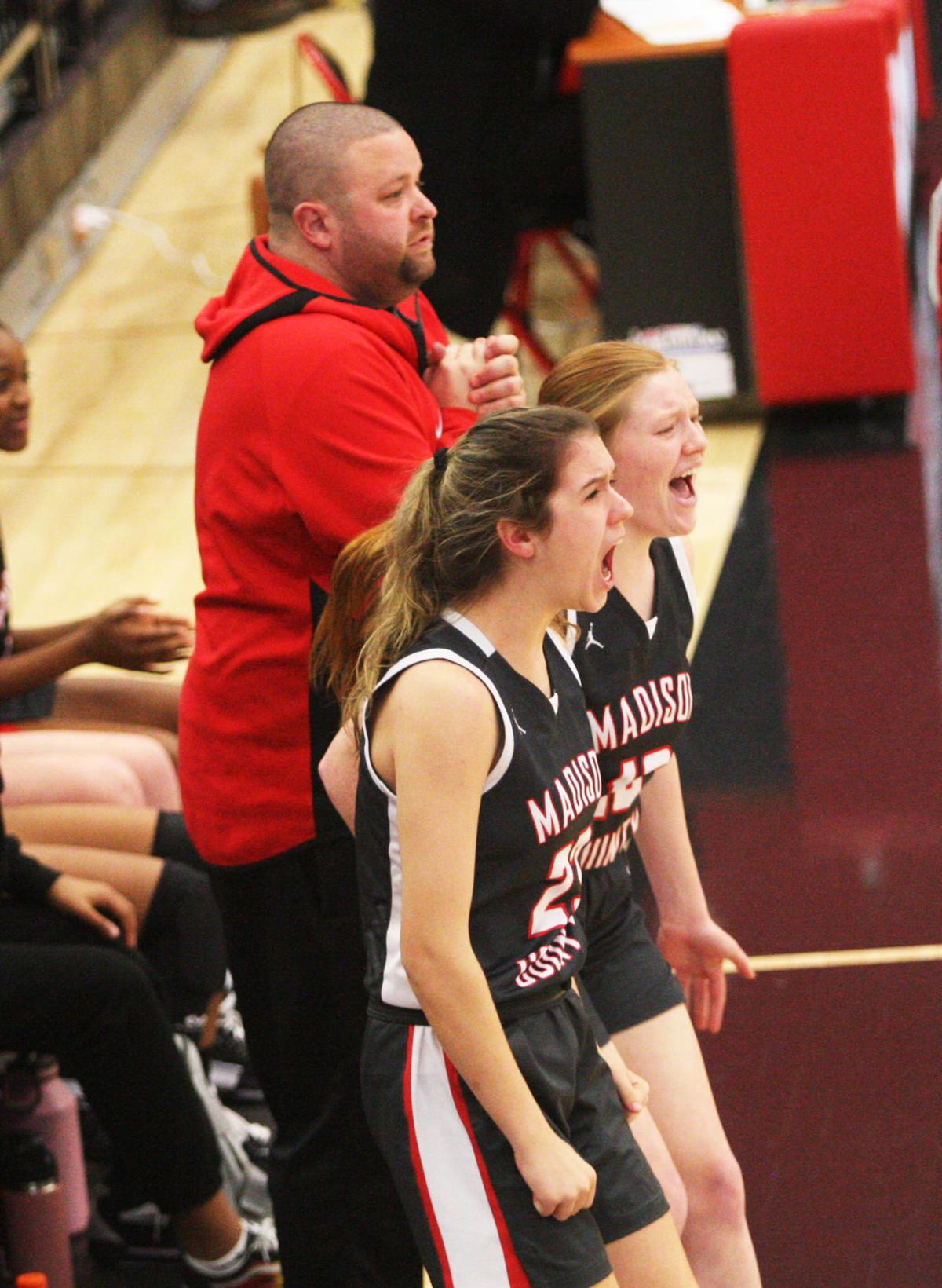 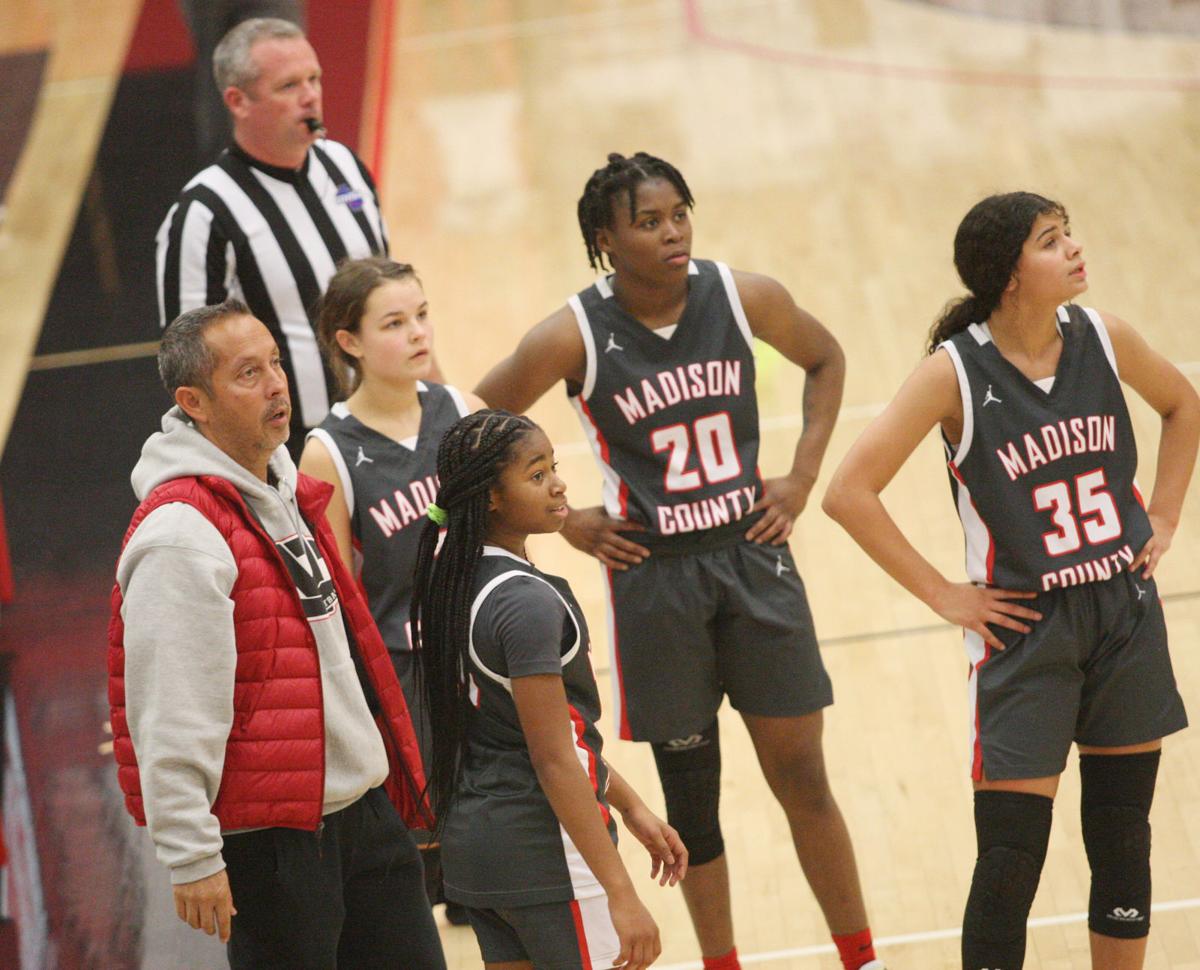 Red Raider head coach Dan Lampe is amazed at the things his young granddaughter learns in a short time span. He likens that to his team.

“I’m just having so much fun coaching this team,” said Lampe. “We are improving every single day. It’s kind of like I haven’t seen my grandchild in a couple of days and she comes over and she’s picked up some knew things. It’s kind of like with this team. We go to practice and they are such sponges. They’re picking up stuff every single day. They’re slowly adding to their repertoire of skills. I really think we are increasing our skill level and our team play so much. By the end of the season we could really be clicking right at the right time.”

This weekend was another growing moment for the Red Raiders. The team lost a heartbreaker to Flowery Branch at home Friday night, 50-47, then had to hit the road Saturday afternoon, pulling out a come-from-behind, 54-48 win over Stephens County.

“We came off a really energy-rich game last night where we were pushing and going and going and we lost it at the end,” said Lampe after the game Saturday. “I was really worried about our psyche coming into this one, especially getting up early and doing all that stuff. We were in the gym at 10:30 and rolling right after getting home late. But they picked it up. They brought it. They were battling foul trouble and all that and they still came back after being down eight in the fourth quarter. I told them the last two games I couldn’t be more proud of what they’re doing. They’re just battling, trying to get every point they can and just hustling. They just willed it.”

The Red Raiders trailed 41-33 going into the fourth quarter, but Madison County outscored the Indians 21-7 over the final eight minutes.

“It showed the way Mallory can play,” said Lampe. “When she wants to be, she can be a difference maker out there. She showed that today with her passing and layups and threes. She played big minutes.”

Freshman Kelsie Gresham, who finished with 10 points, including eight in the fourth quarter, knocked down five-of-six free throws in the final minute of play to help seal with win.

“Kelsie — just ice,” said Lampe. “She comes in and to knock down those free throws. That bodes so well for the future, too. You have to have that person you work the play to who you know they’re going to foul. She went up there, didn’t think once about missing, just knocked it down.”

The previous night against Flowery Branch, Gresham led the team with 16 points, while Bates and Wilson had 10 apiece. Borders had six. Bray had three and Hall had two.

Lampe said the loss was disappointing, but he was pleased with his team’s defensive intensity, making the Falcons work deep into possessions to find shots.

“Our defense was really solid; if we had a shot clock, I’m not sure they would have scored all night,” he said.