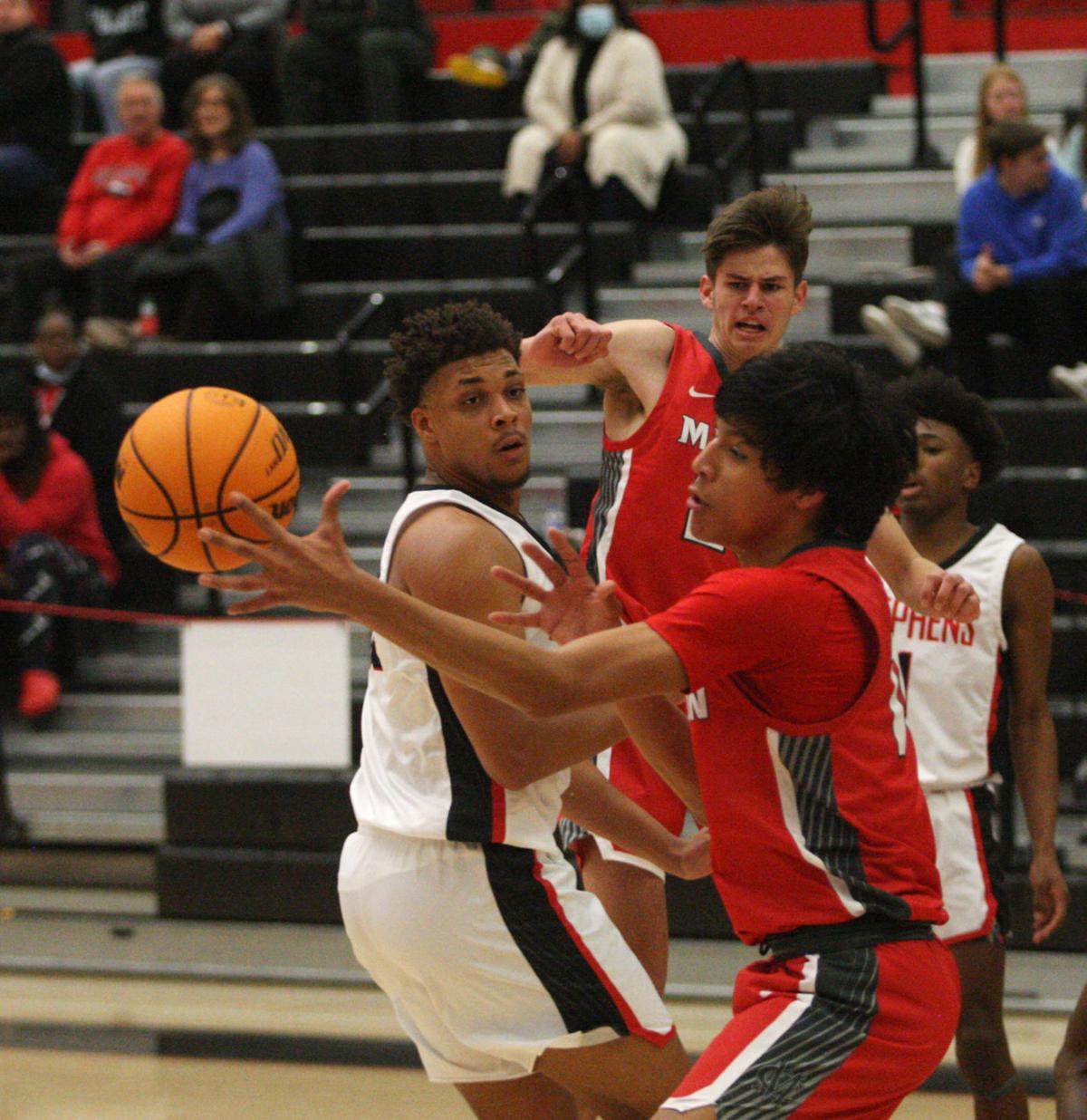 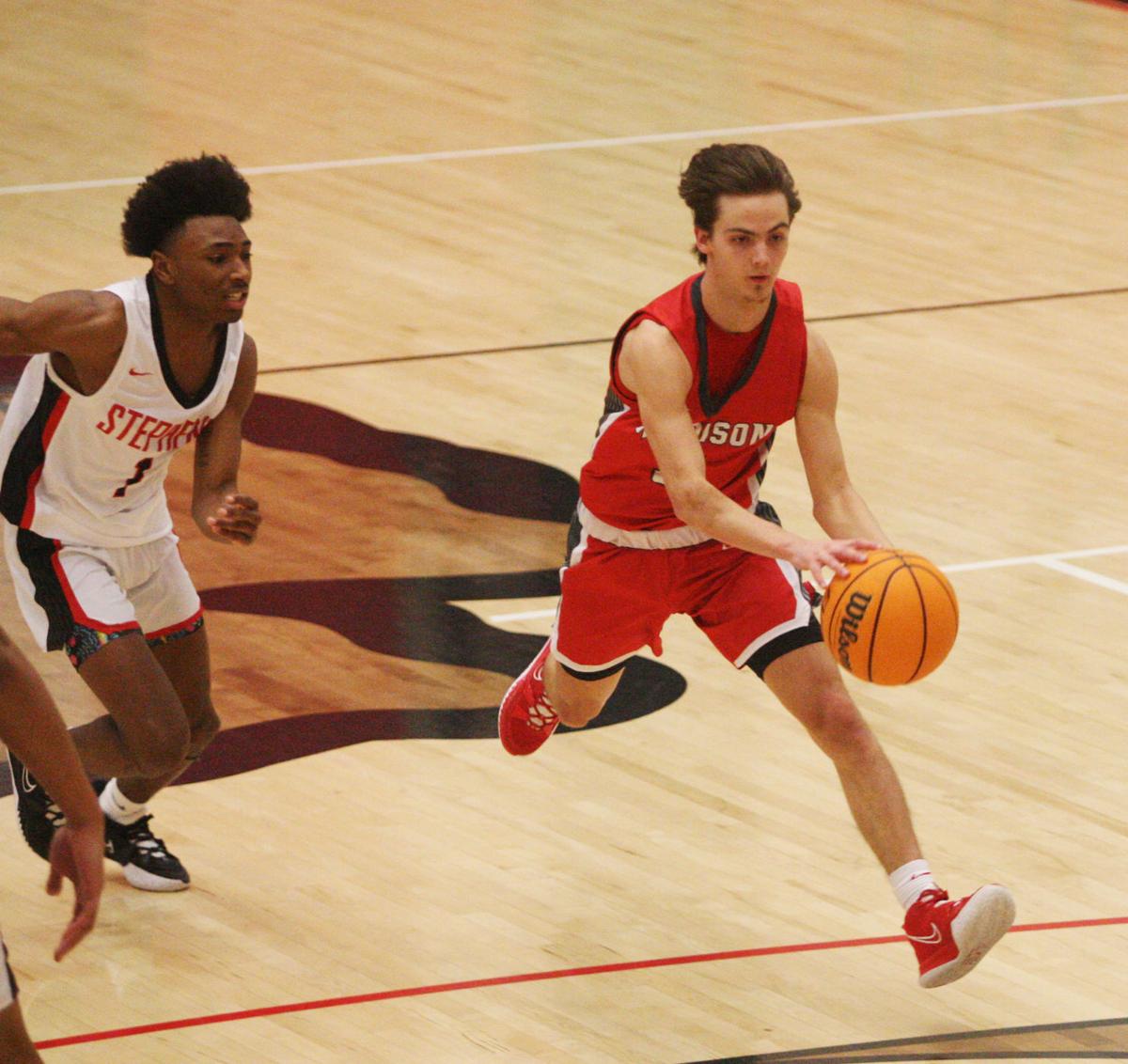 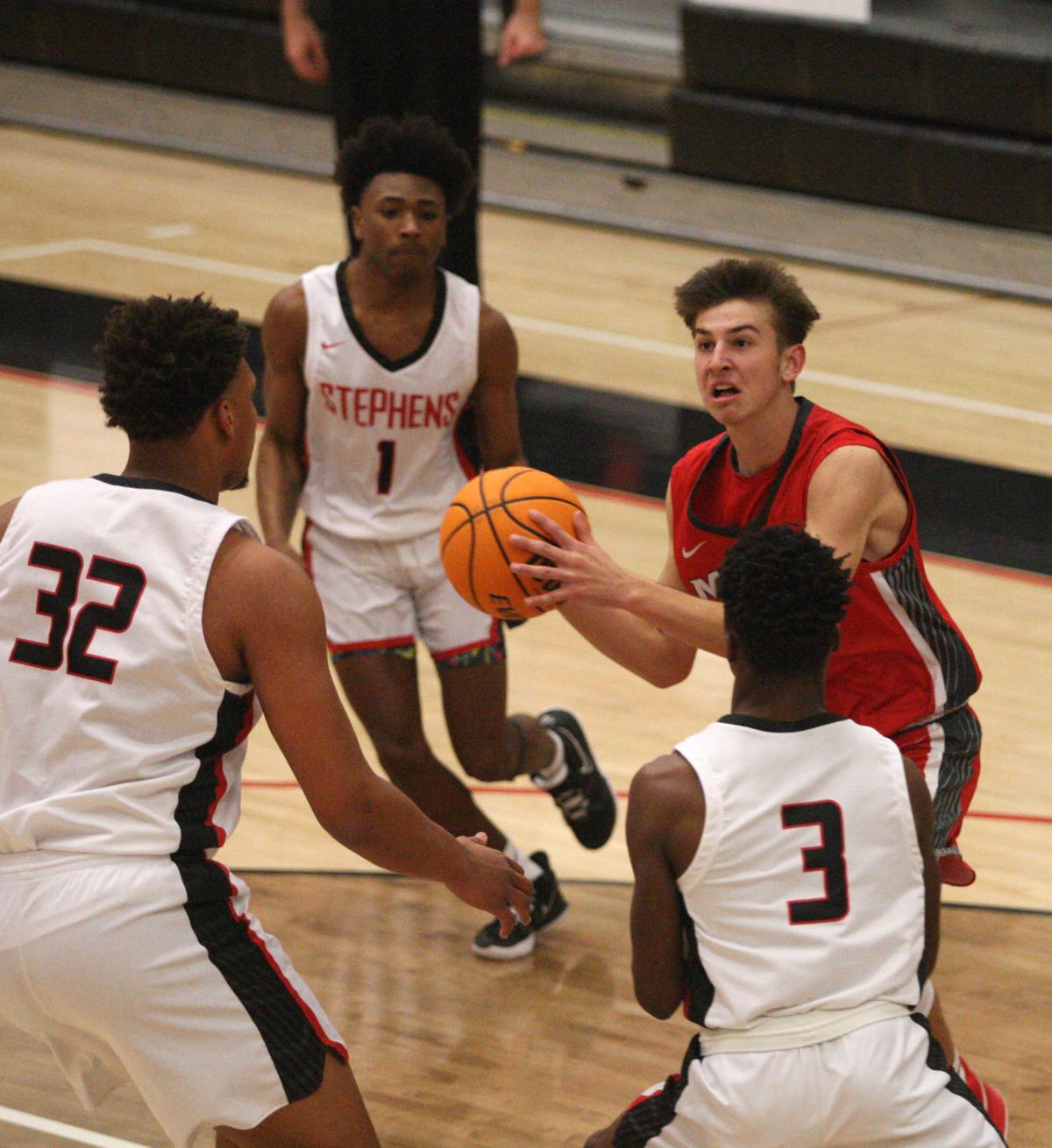 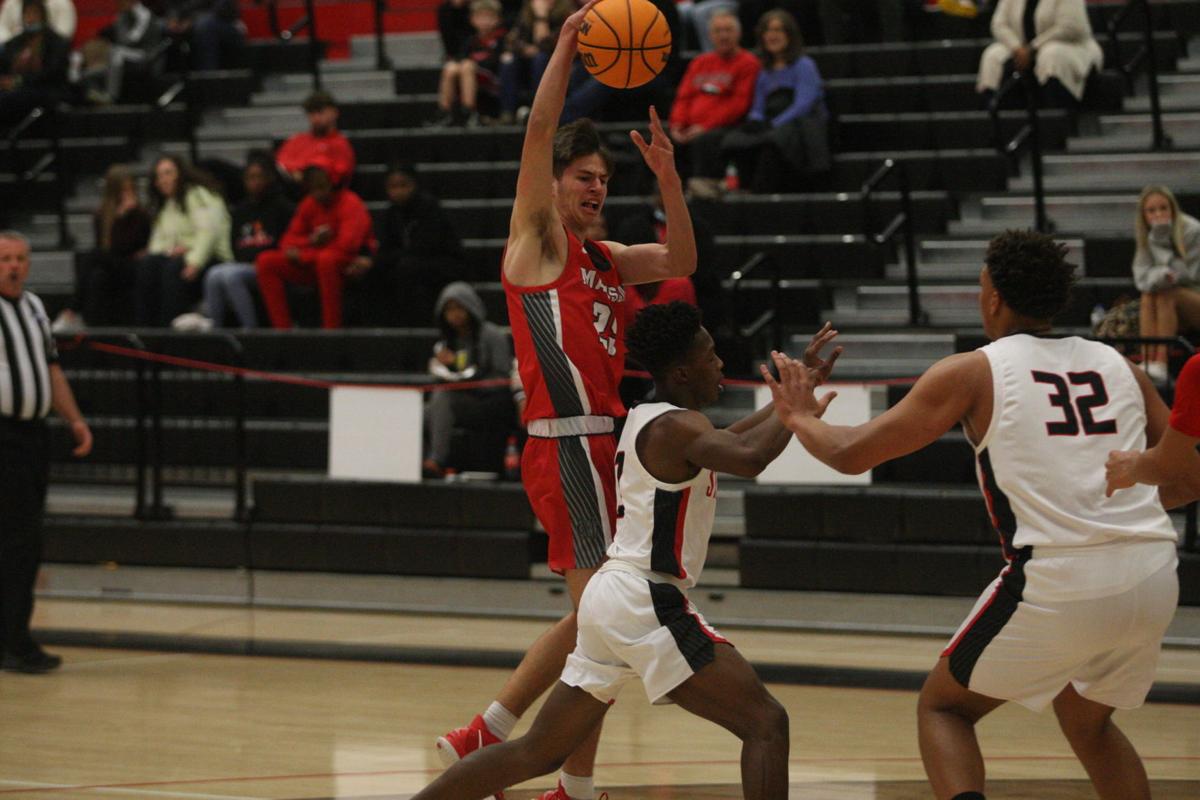 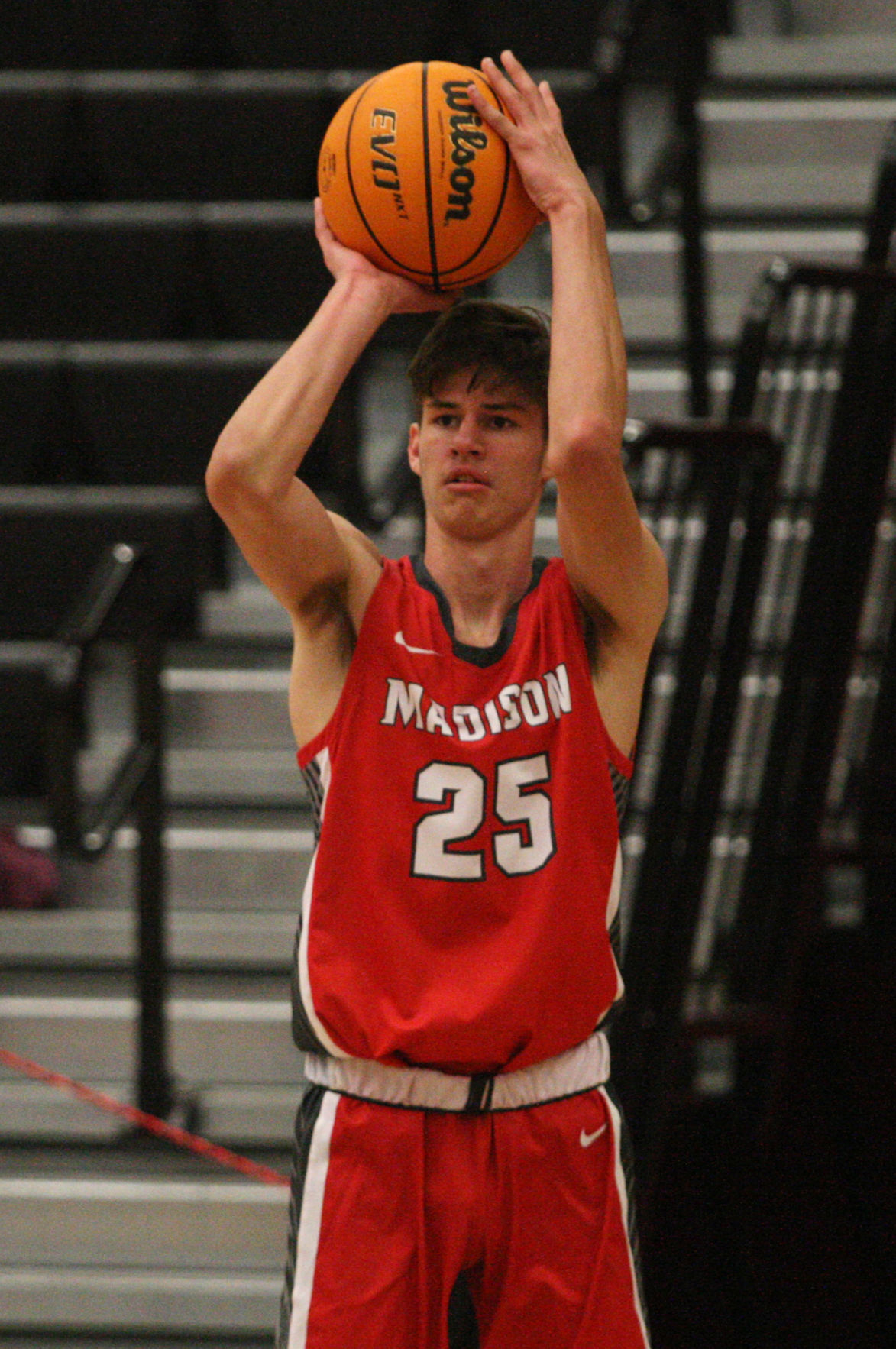 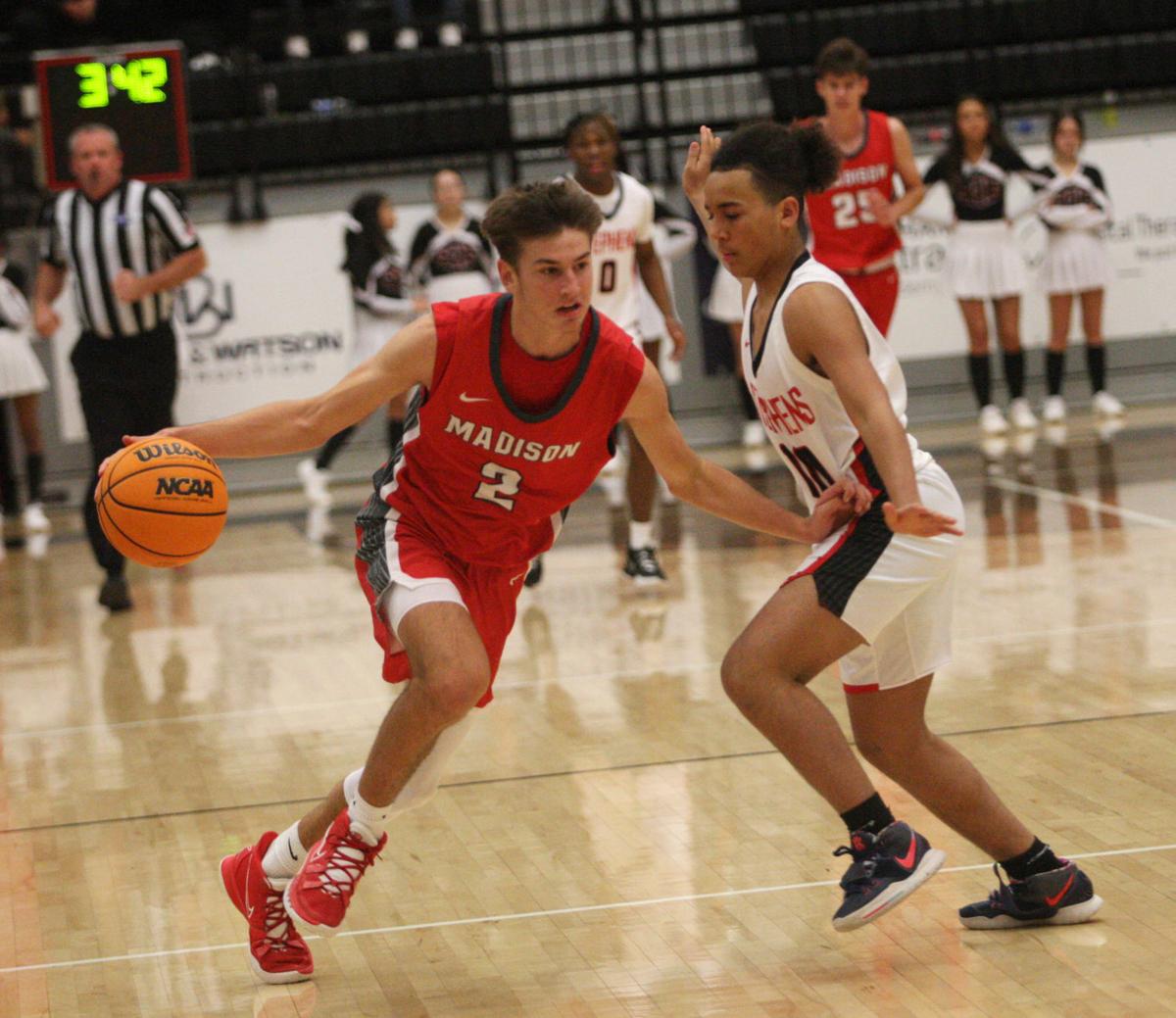 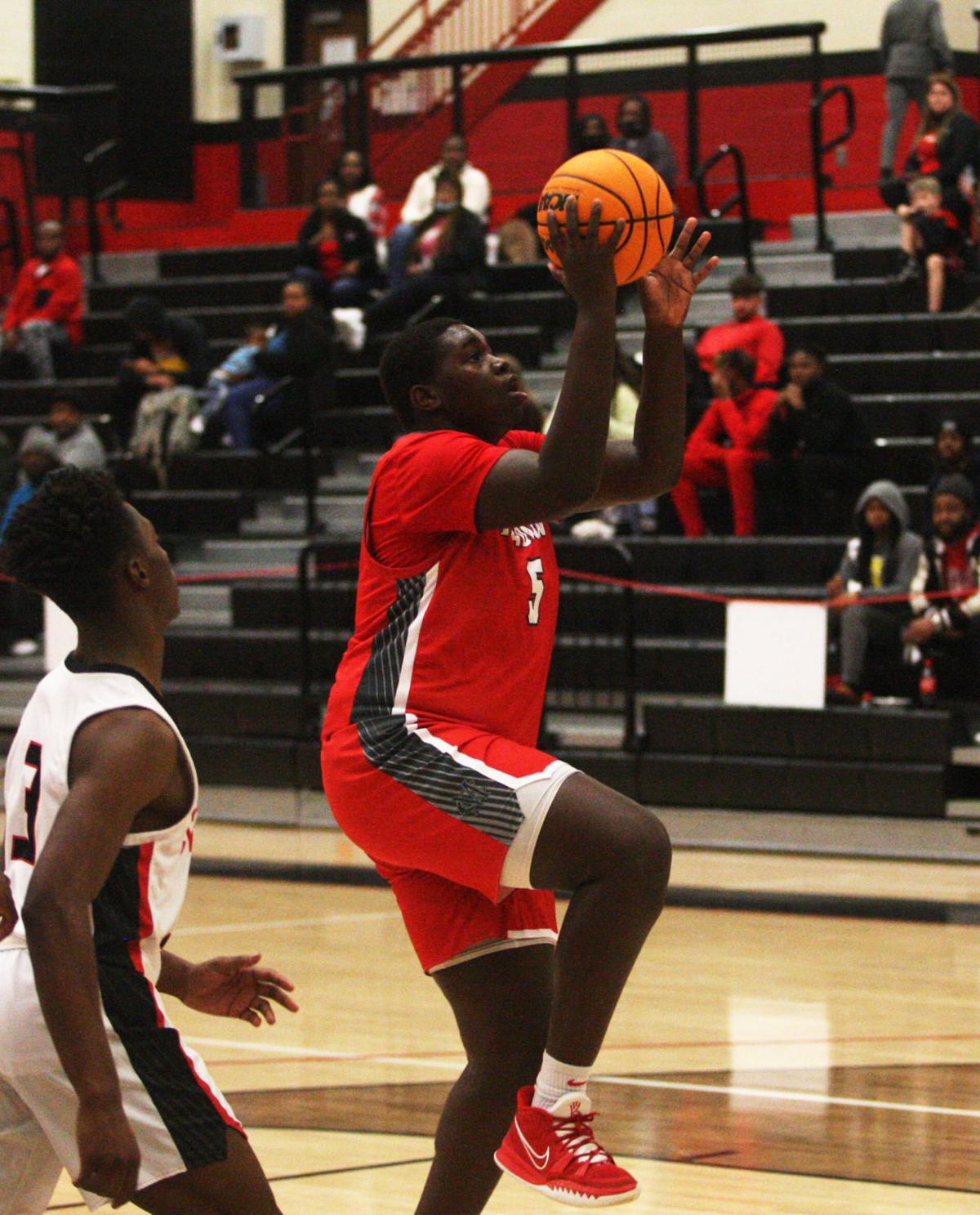 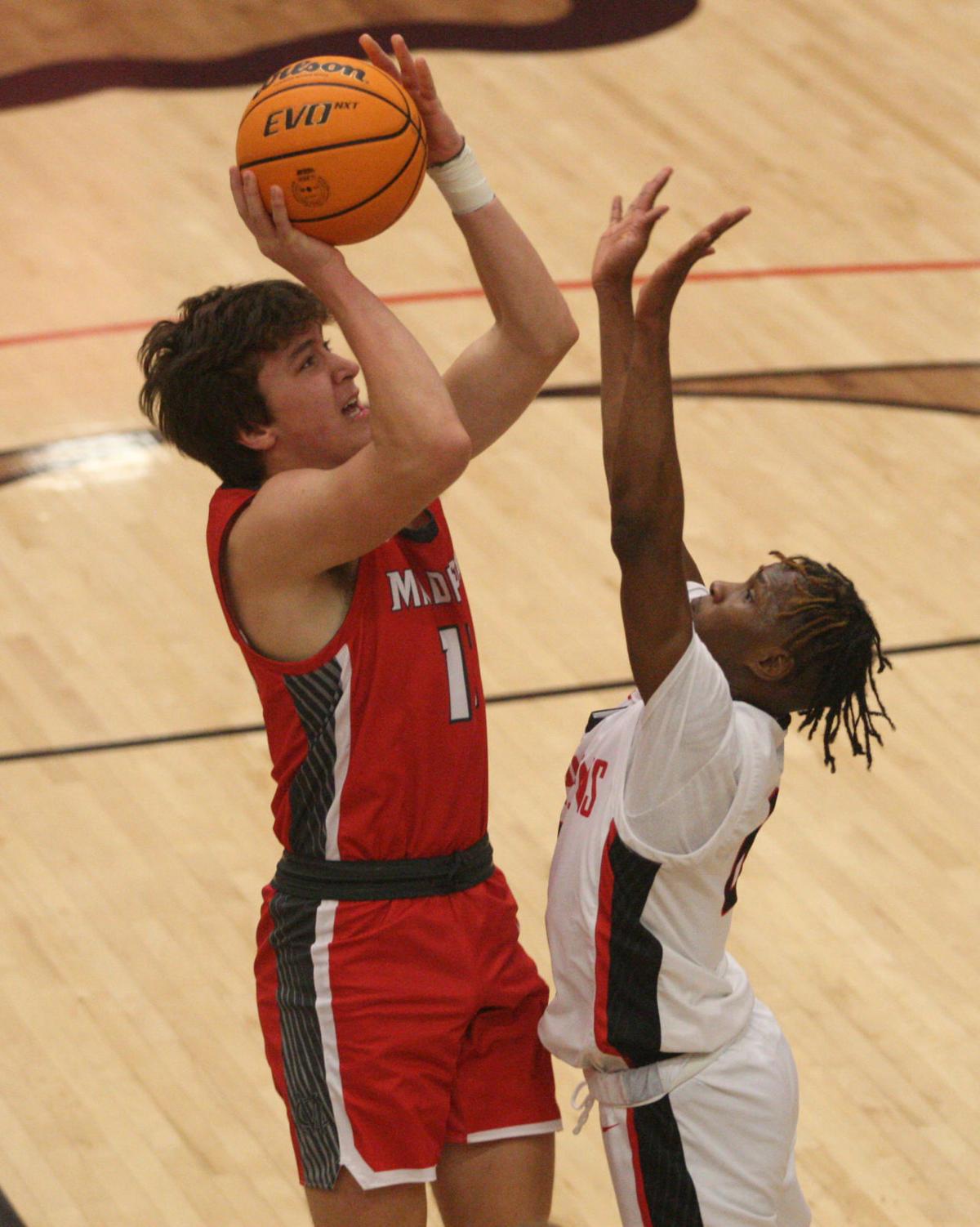 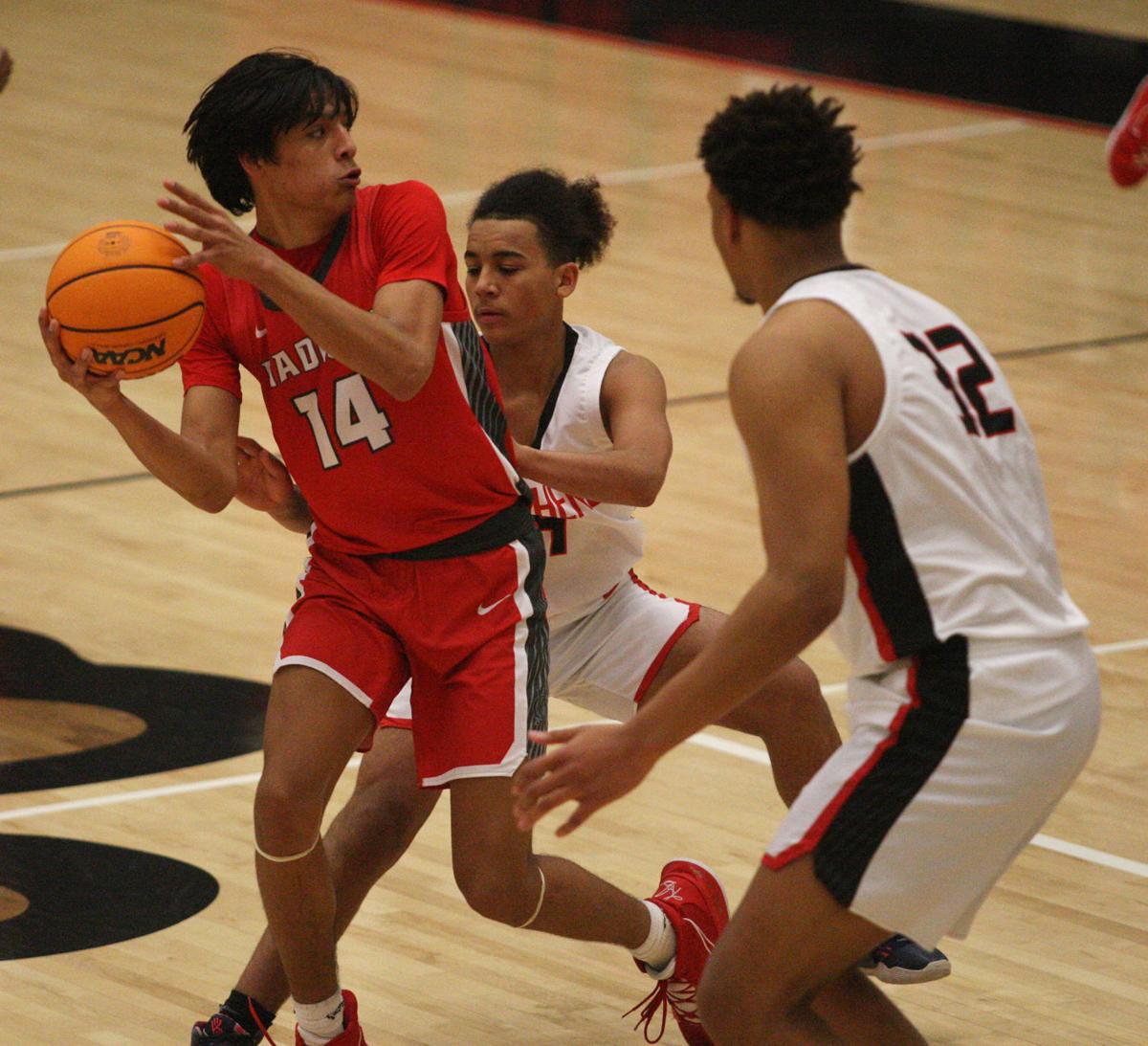 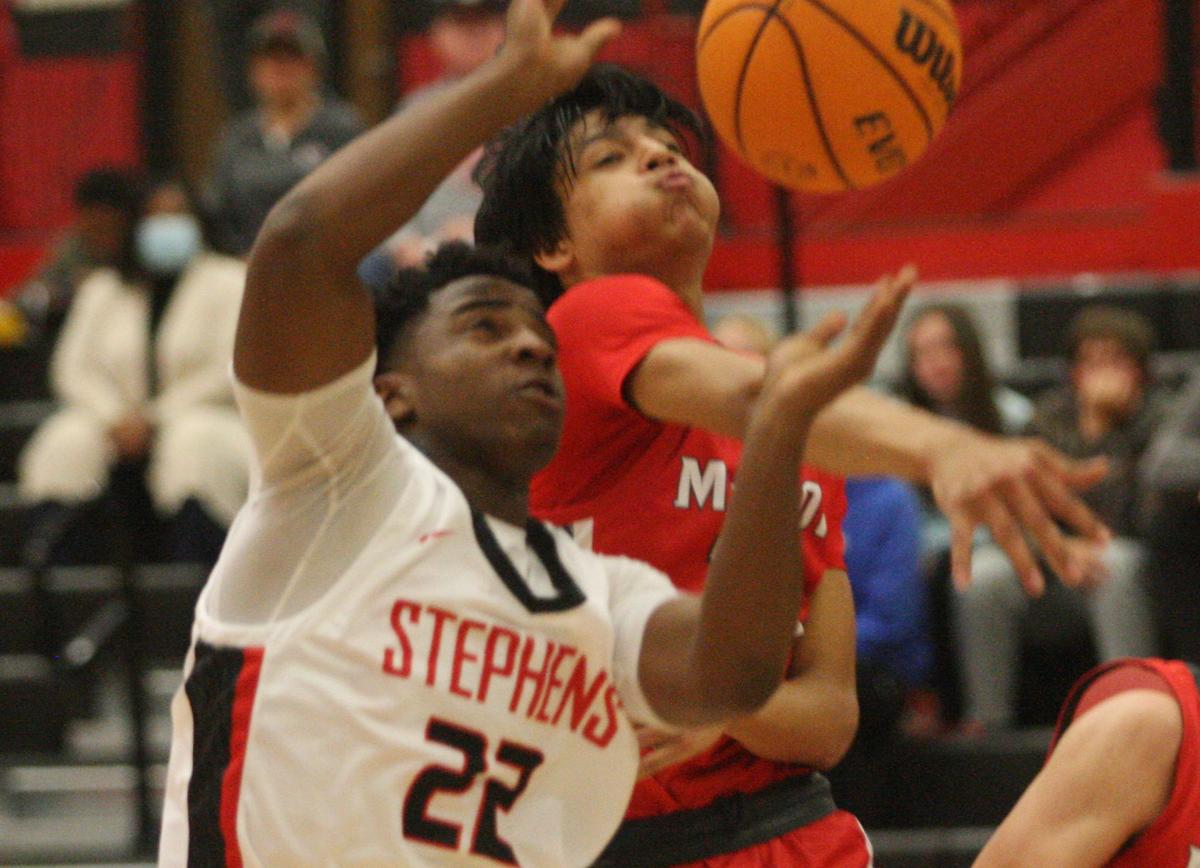 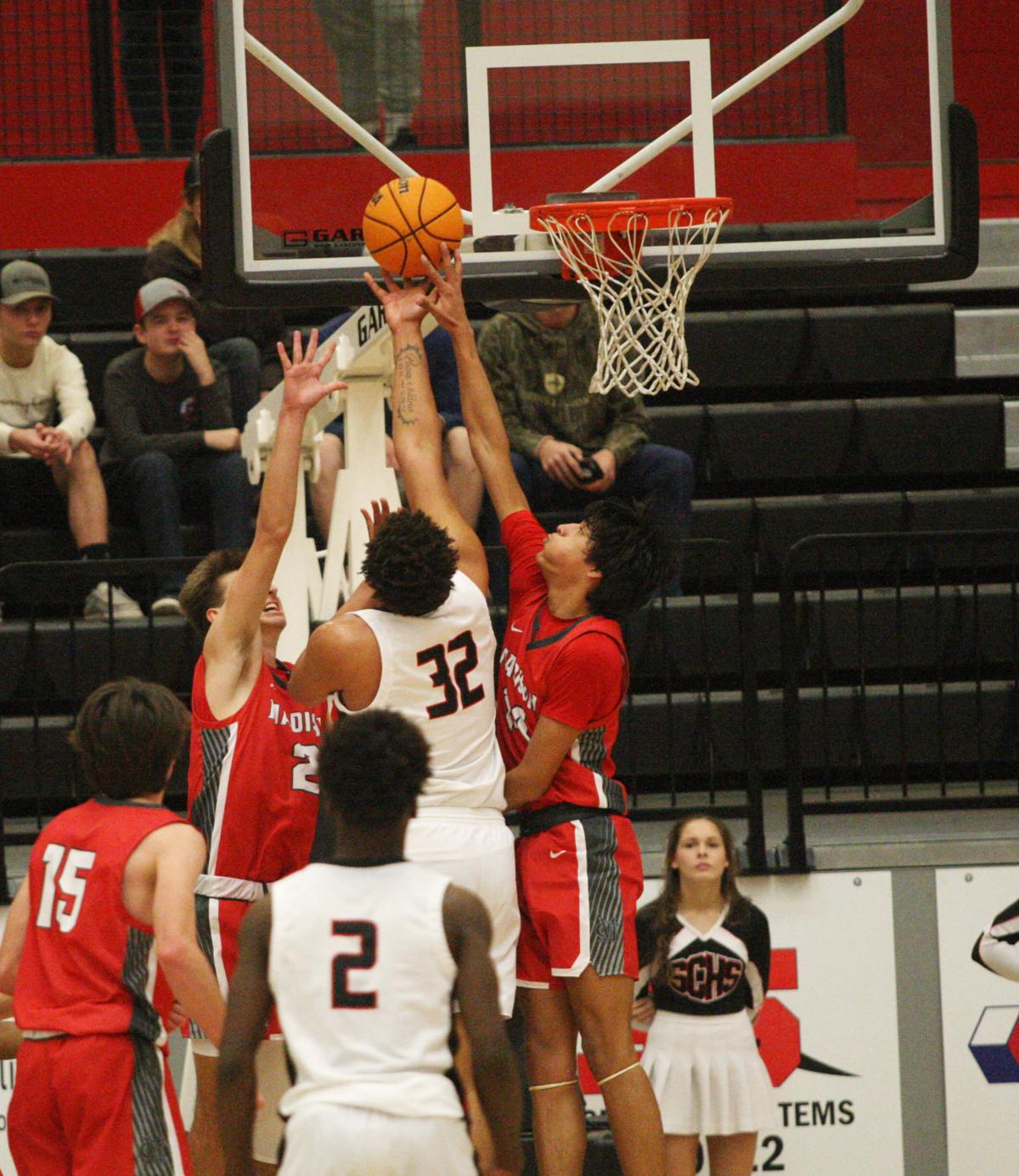 Madison County is becoming the hunted.

The Red Raider guys’ basketball team is 13-2 overall and 3-1 in Region 8-AAAA play, winning three-straight games this past week, including two over region foes.

“I was very pleased with how we handled the success,” said head coach Bryan Bird of his team’s play last week. “We’re going to bet people’s best shot because of our record.”

But the guys from Danielsville took those shots and kept stacking wins this past week, including a victory over defending Region 8-AAAA champion Cedar Shoals, 67-61, on the road.

“Anytime you win a road region game, especially Cedar Shoals, which has been one of the top programs in northeast Georgia the past five-to-10 years, is great,” said Bird. “That’s the second time in a row we’ve done that. That was fantastic. We had very balanced scoring. We’re defending really well, and that’s what’s giving us a lot of chances to win these ball games. We’re having different guys step up different times offensively, and you’re very hard to guard when you’re not just relying on one guy.”

Madison County then beat 10-7 Flowery Branch Friday at home, 65-44, before traveling to Stephens County Saturday and topping the 3-13 Indians, 70-56.

Peyton South led the way against the Falcons Friday, draining four three-pointers and finishing with 17 points. Jay Carruth tallied 14, while Mason Smith had 13. Other scorers included Chris Rhodes, 10; Grant Smith, four; Casen Duggins, three; and two apiece from Deshaun Johnson and Vick Hajdu. The Red Raiders held a 31-21 edge at the half.

“They (Flowery Branch) are a tough matchup for us because of their size,” said Bird. “Their best player is a post player. And Chris Rhodes and Deshaun Johnson in the post did a great job. Our guards did a fantastic job rebounding, because we knew it was going to take a total team effort to rebound, and I thought we defended so well.”

Bird said the home crowd was a big boost for his team.

“The crowd, especially the student section, was outstanding,” he said. “That was fun to get back and play a home game when school was in session.”

The guys rode to Toccoa Saturday, where they held the Indians at arms’ length for the whole game.

Grant Smith led the way with 23 points, including four three-pointers (with one four-point play while fouled on a successful three), while Rhodes had 22.

“For guys to step up like Chris Rhodes and Grant Smith was good,” said Bird. “And Mason Smith did a great job having to handle the ball a lot more and so did Peyton South. Casen Duggins played a lot more. Vick Hajdu had more of an opportunity and did some good things.”

“Everybody in our region can beat anybody on any given night. It’s going to be a battle every night,” said Bird. “We’ve had some success, but we’re not worried about what we’ve done; we’re worried about how we’re going to finish. And these guys have bought into that.”