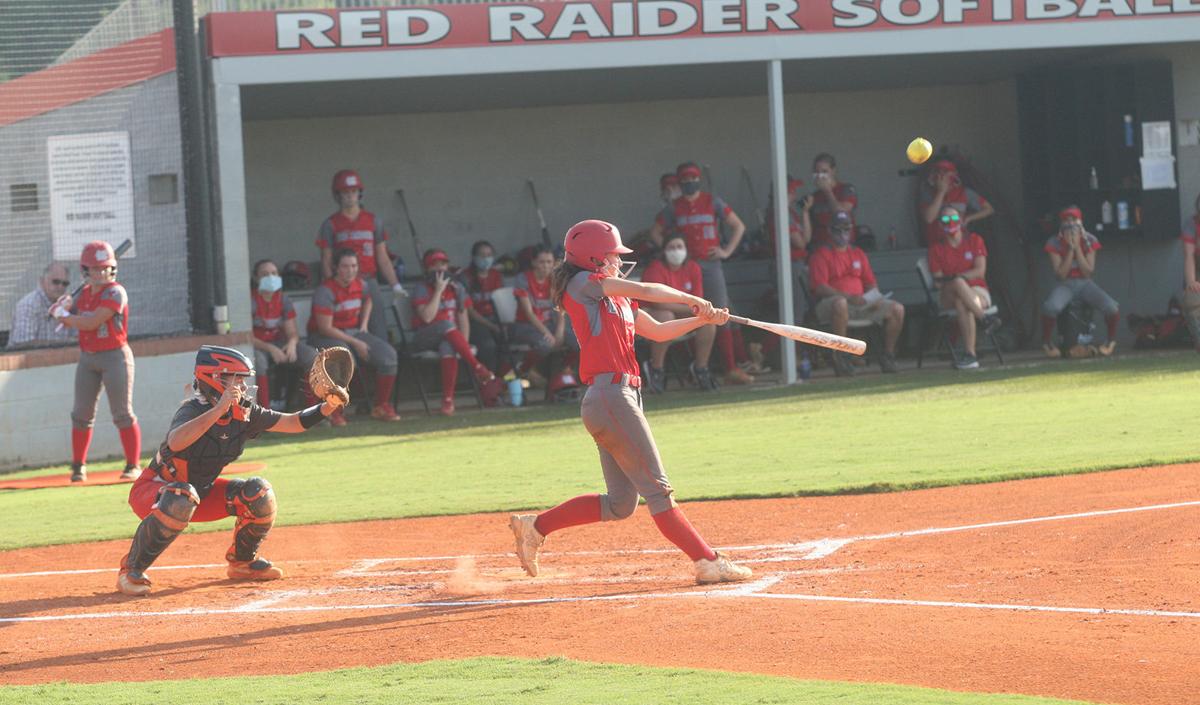 Sam Minish launches the ball into play during recent action. 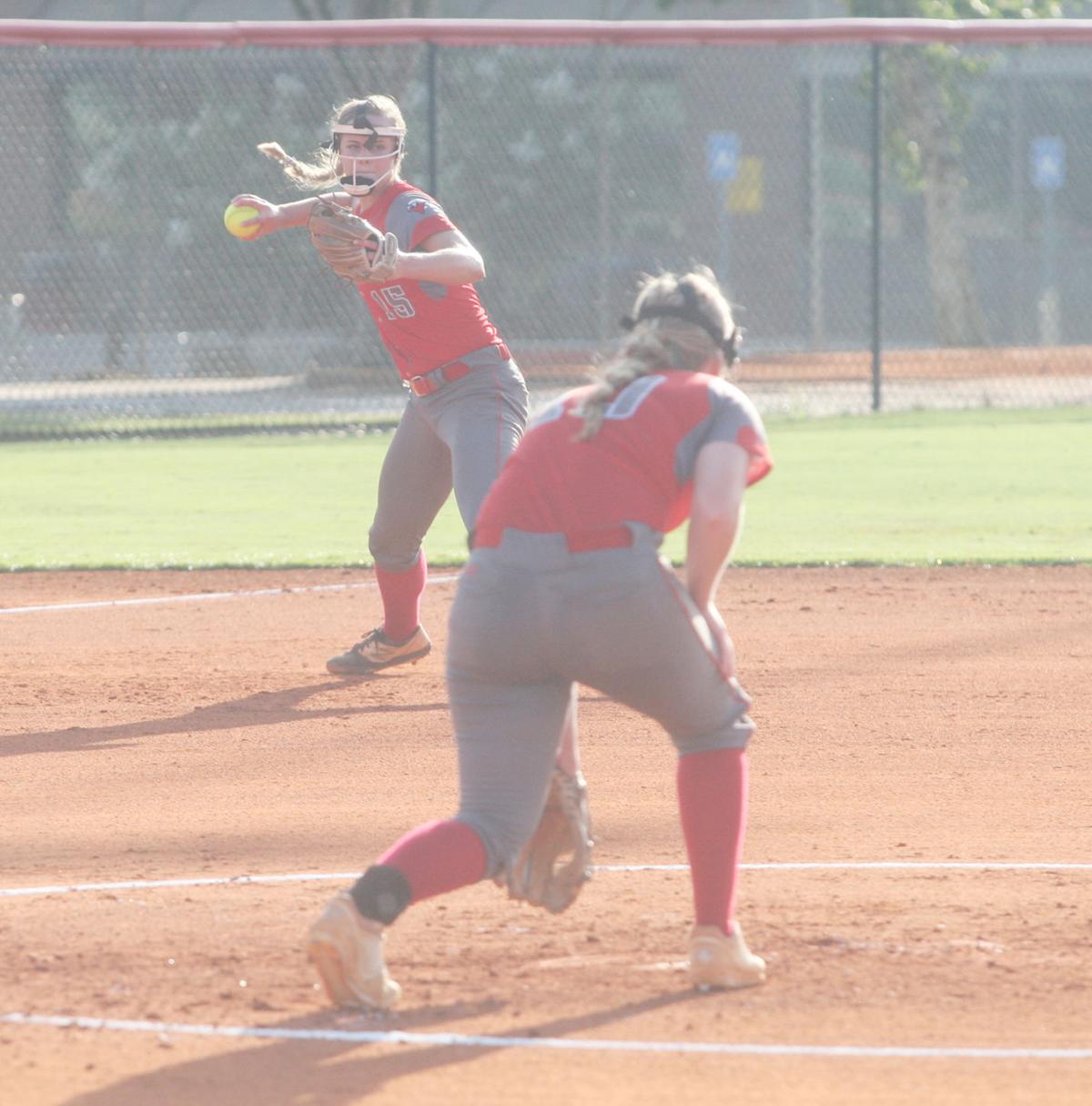 Ella Chancey throws out a runner against Stephens County. 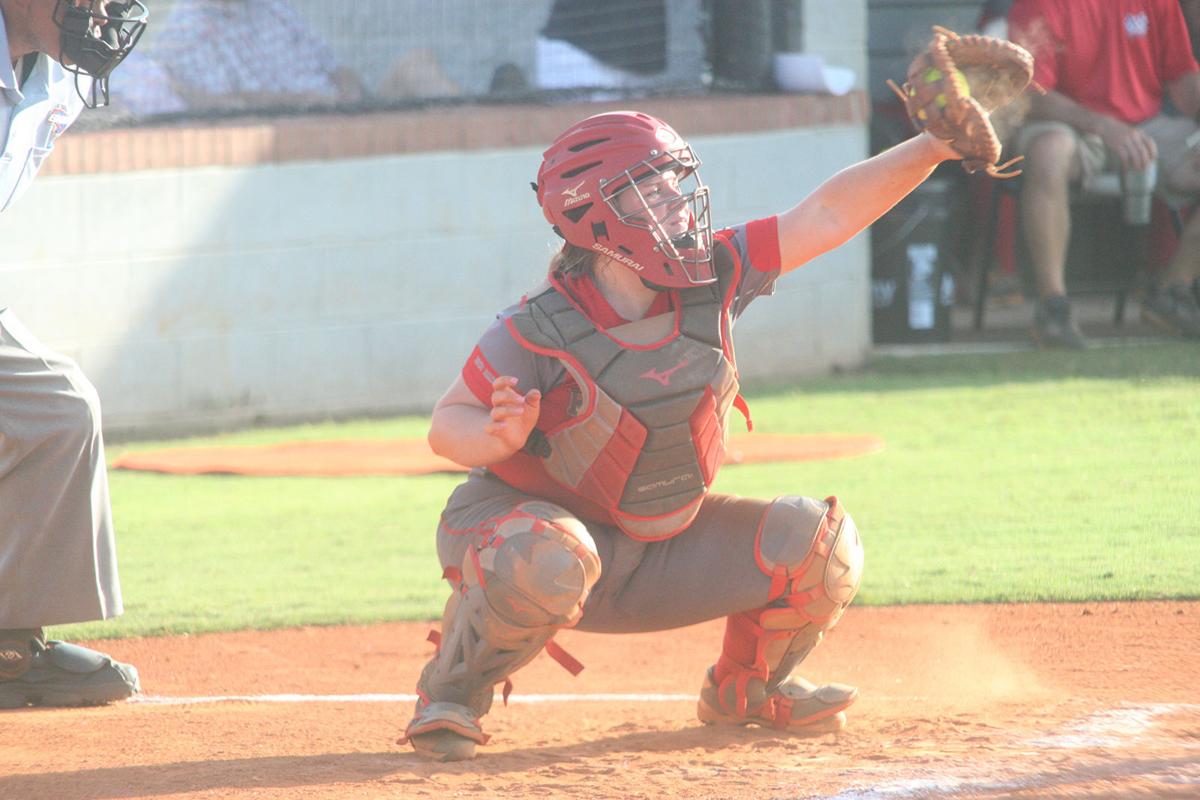 Gracie Nix catches a pitch up in the zone against Stephens County. 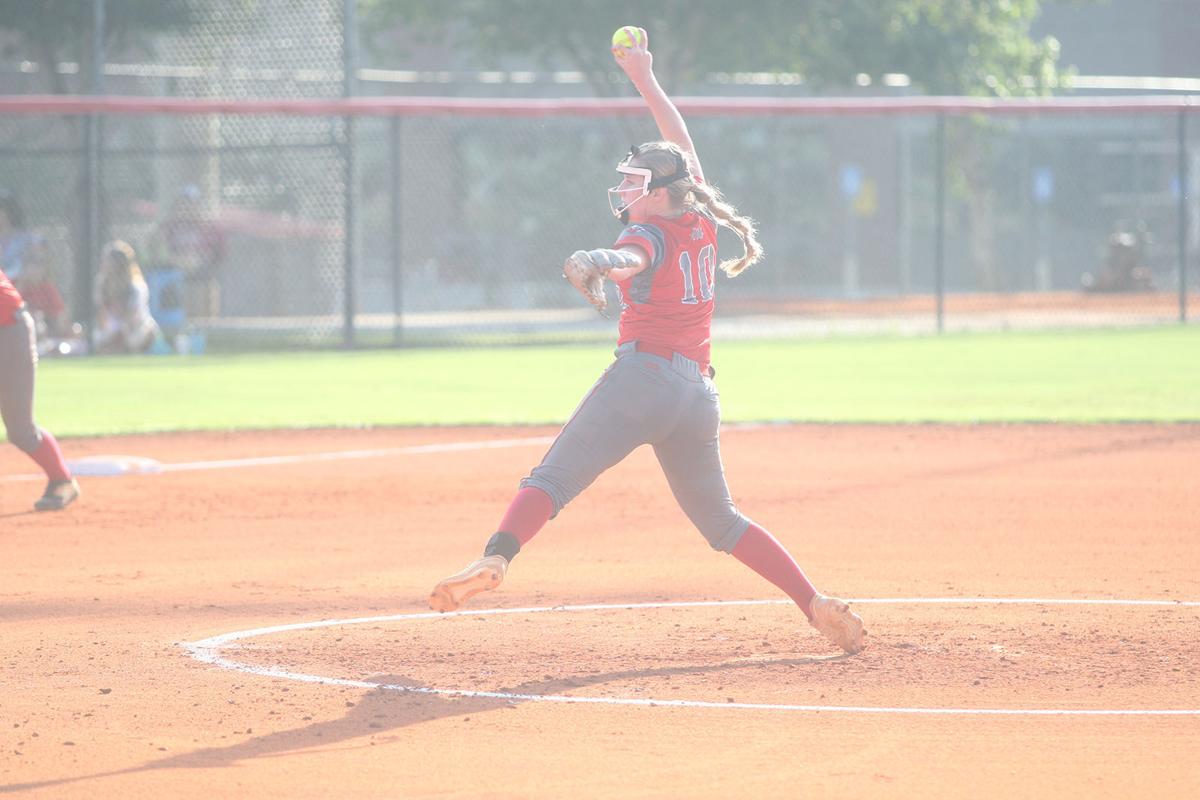 Claire Strickland picked up the win against Stephens County. 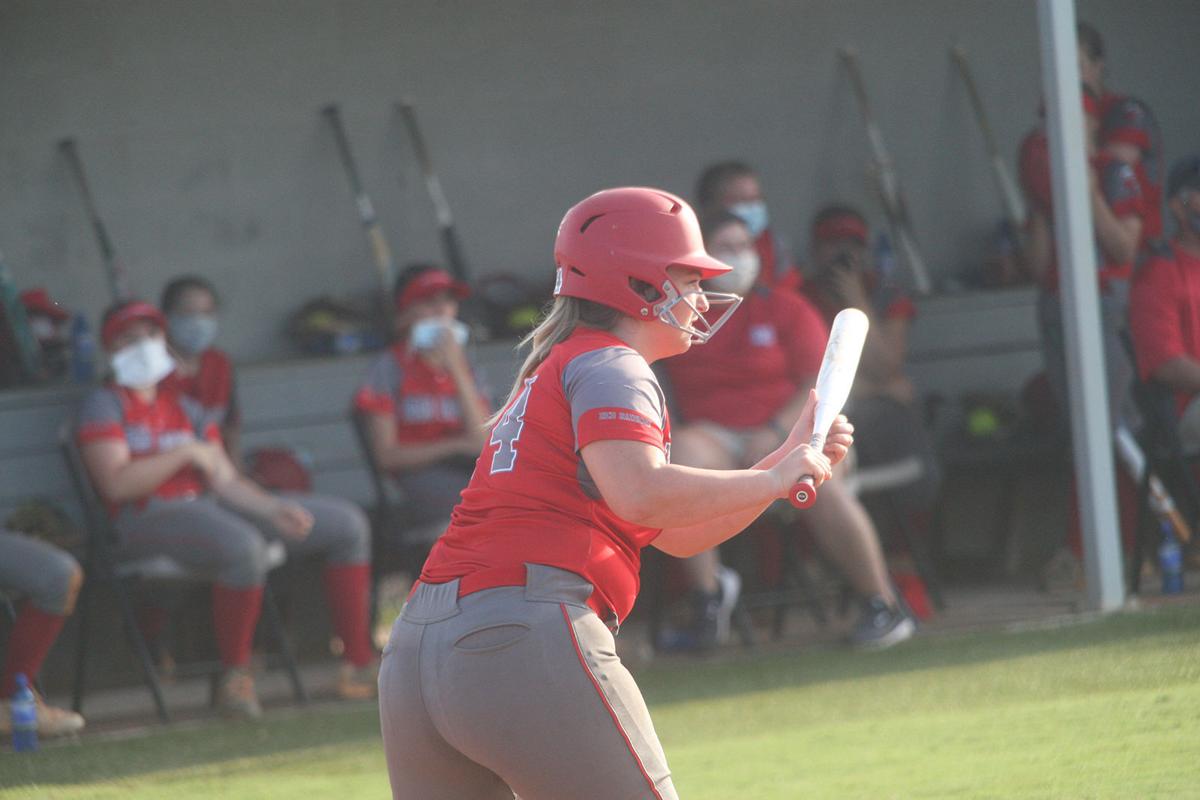 Lily Crane squares up for a bunt.

Sam Minish launches the ball into play during recent action.

Ella Chancey throws out a runner against Stephens County.

Gracie Nix catches a pitch up in the zone against Stephens County.

Claire Strickland picked up the win against Stephens County.

Lily Crane squares up for a bunt.

The softball field has been home to plenty of cheers for the Raiders so far this season — not so much for their opponents.

Madison County (5-0) is storming past its competition in the first couple of weeks of play, posting one blowout win after another, including three-straight games this past week in which the girls from Danielsville posted 11 runs, downing North Oconee, 11-0; Stephens County, 11-3; and Lumpkin County, 11-0.

“The girls have been swinging the bat well,” said head coach Ken Morgan Monday. “They’ve been productive from the top to the bottom of the order.”

The coach said his players have shown timely hitting in two-strike or two-out situations. He has good things to say about all of his players.

“Everyone has contributed, whether it’s with a walk or a groundball for an RBI,” he said.

The stat sheets are full of production for Madison County. Morgan noted that Sam Minish put up big numbers this past week, along with Ella Chancey. He said Rylee Smith had a strong showing against Lumpkin and that Claire Strickland has had good at bats. Morgan said Lexi Jordan is hitting the ball well, even though some of her hard contact has been fielded for outs.

And the batter’s box isn’t the only place where the Raiders are shining. Madison County allowed just four total runs in its first five games. Emma Strickland fired consecutive five-inning one hitters this past week, shutting out North Oconee, while fanning 10, and Lumpkin County, while striking out seven.

“Emma has an explosive right arm,” said Morgan. “And when she is working in and out and throwing her pitches in the right spot, she is very hard to hit. I wouldn’t want to get in the batter’s box against her. When she’s on, she’s as good as anyone in the state.”

The Raider softball team is in the middle of a busy week of softball. The girls were slated to face Cedar Shoals and Walnut Grove Tuesday and Wednesday, then visit Chestatee Thursday at 5:30 p.m., then host both Franklin County (10 a.m.) and Commerce (2 p.m.) Saturday.

Walnut Grove is a traditionally tough program that has been a Red Raider rival over the past couple of decades. Morgan said the Saturday showdown with Franklin County will be some good softball viewing, with the Lions showcasing an excellent pitcher.

Madison County will then enter its region schedule next week. Teams in Region 8-AAAA face each other three times this year, with no region tournament planned. The region champion will be determined based on regular-season performance.

Entering the bottom of the third with the game still scoreless, Madison County hammered the Titans with five runs in the third inning and six in the fourth.

Sam Minish led the Raiders, going 1-for-3 with a triple, four RBIs and two runs scored. Claire Strickland was 1-for-3 with two RBIs and a run scored. Skylar Minish was 2-for-2 with one RBI and run scored and a walk. Riley Ernst had two stolen bases. And Ella Chancey doubled, scored a run, knocked in a run and stole a base.

Emma Strickland was in command in the circle, throwing first-pitch strikes to 14 of 19 batters and allowing just four baserunners.

The Raiders wasted little time pulling ahead against the Indians, rallying for six runs in the first inning, then adding three in the third and two in the fifth.

Claire Strickland got the win in the circle, pitching three shutout innings.

The Raiders blanked Lumpkin County for the second time this season. Madison County opened the year with a 7-0 win Aug. 6.

Madison County pounded out 13 hits and scored one run in the first inning, five in the second, one in the fourth and four in the fifth.

Madison County senior softball players will be recognized Tuesday, Aug. 25. Senior Night is typically held at the end of the year, but has been moved up in case games are canceled later due to coronavirus. The JV game will begin at 4:30 p.m. and end at 6 p.m. Senior recognition will immediately follow, the varsity game set for 6:30 p.m.