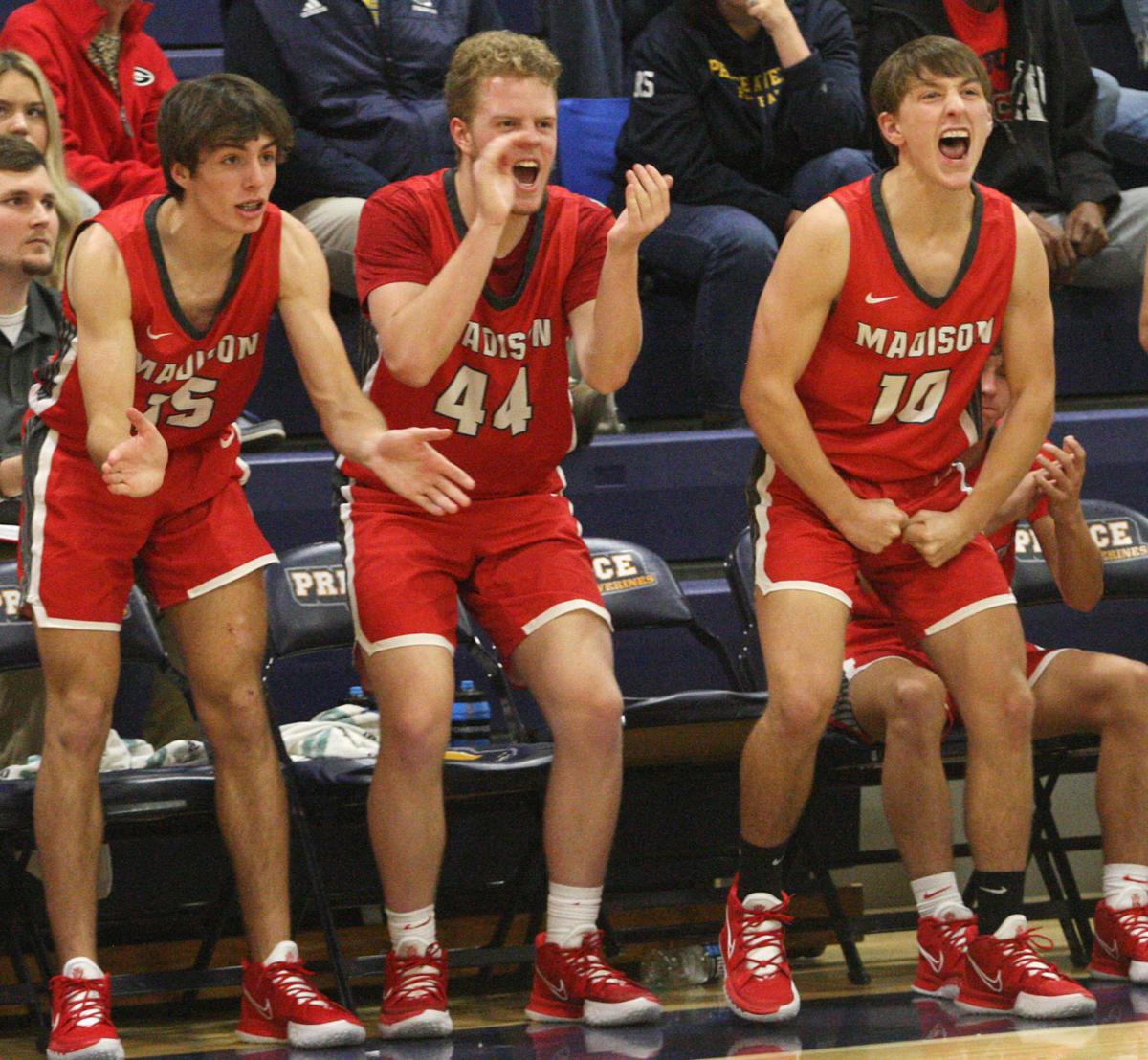 Casen Duggins, Mason Cade and Bryson Williams cheer for their teammates at the end of the Red Raiders’ win over Prince Avenue. Photos by Zach Mitcham 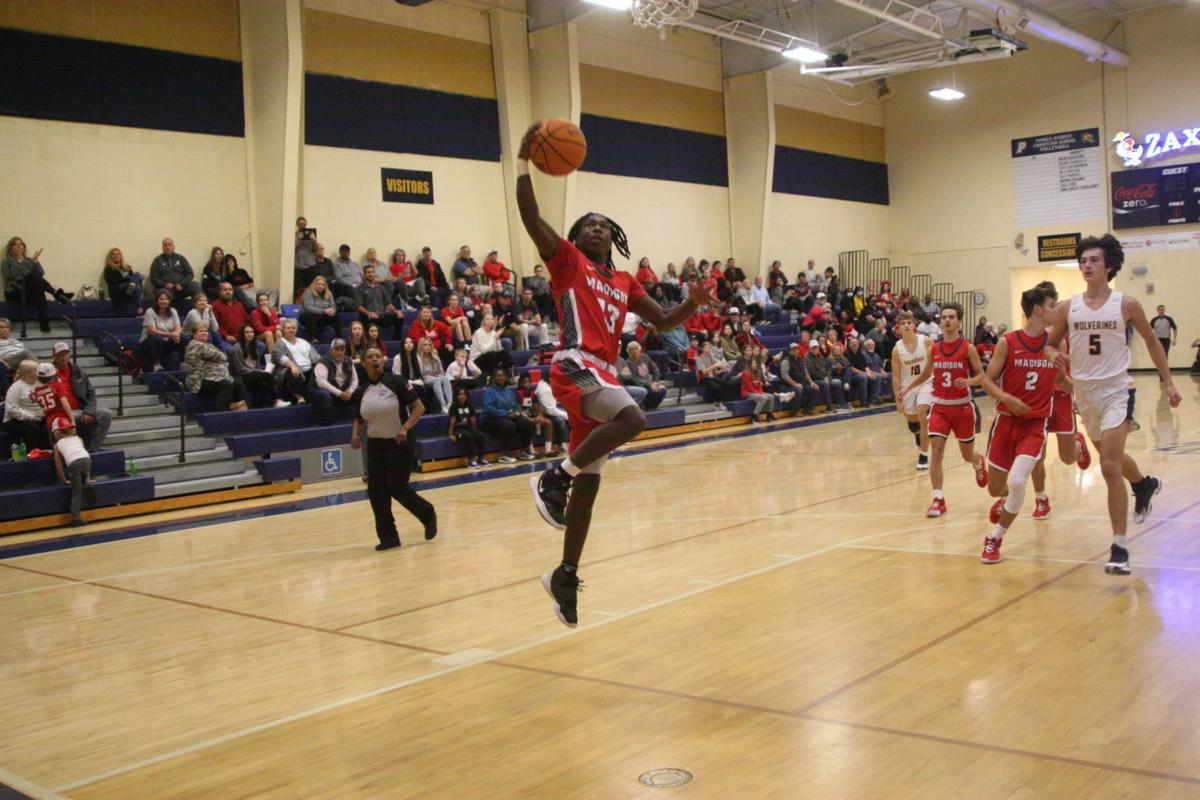 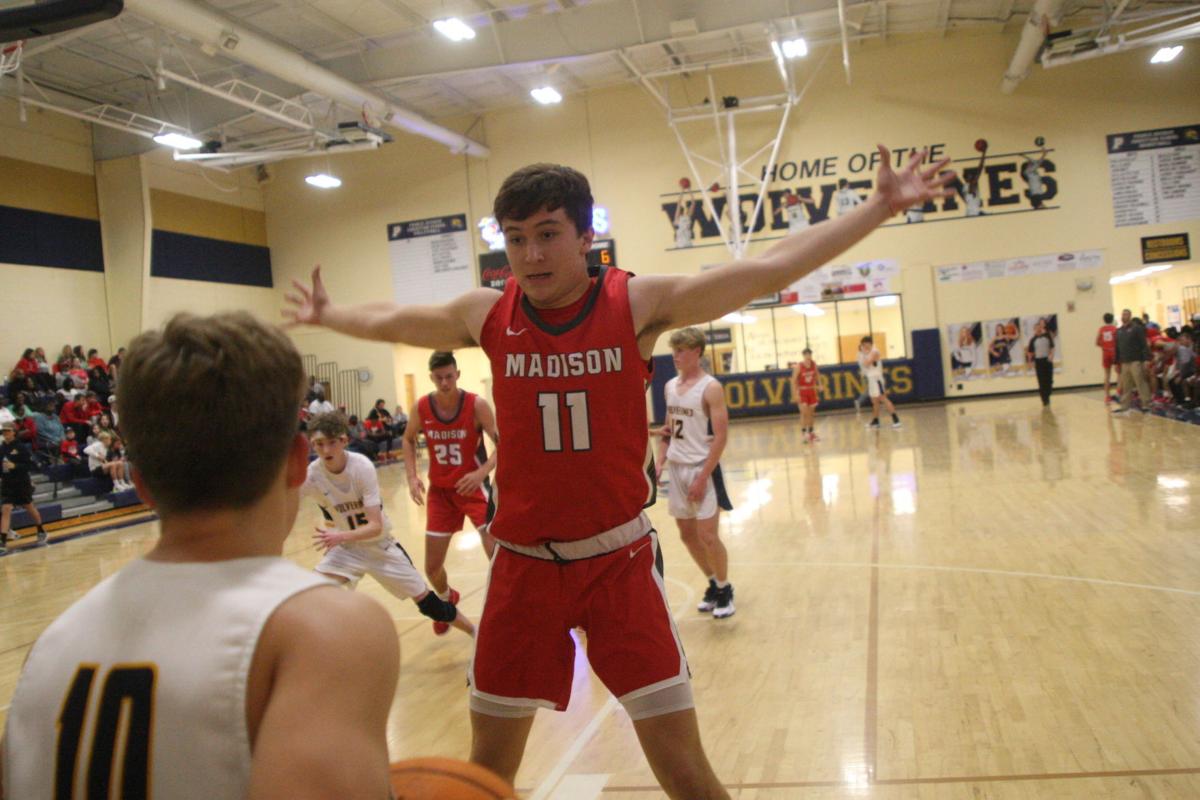 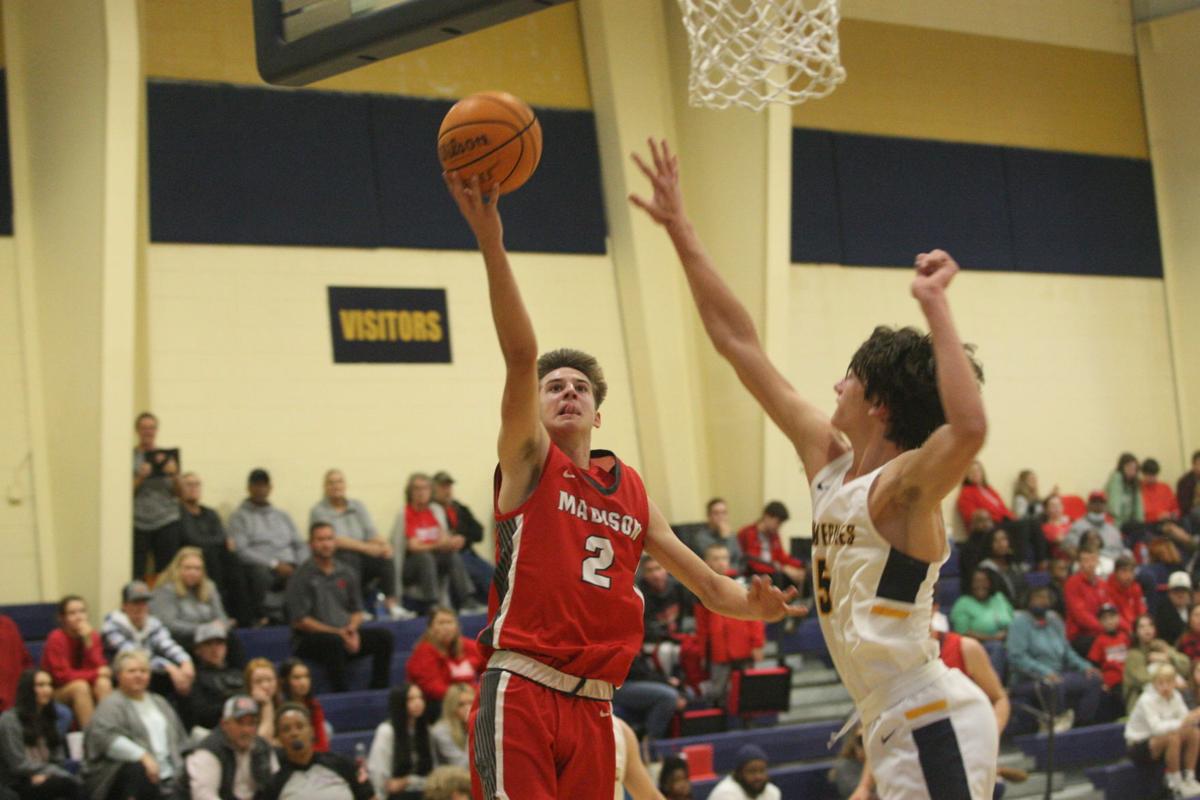 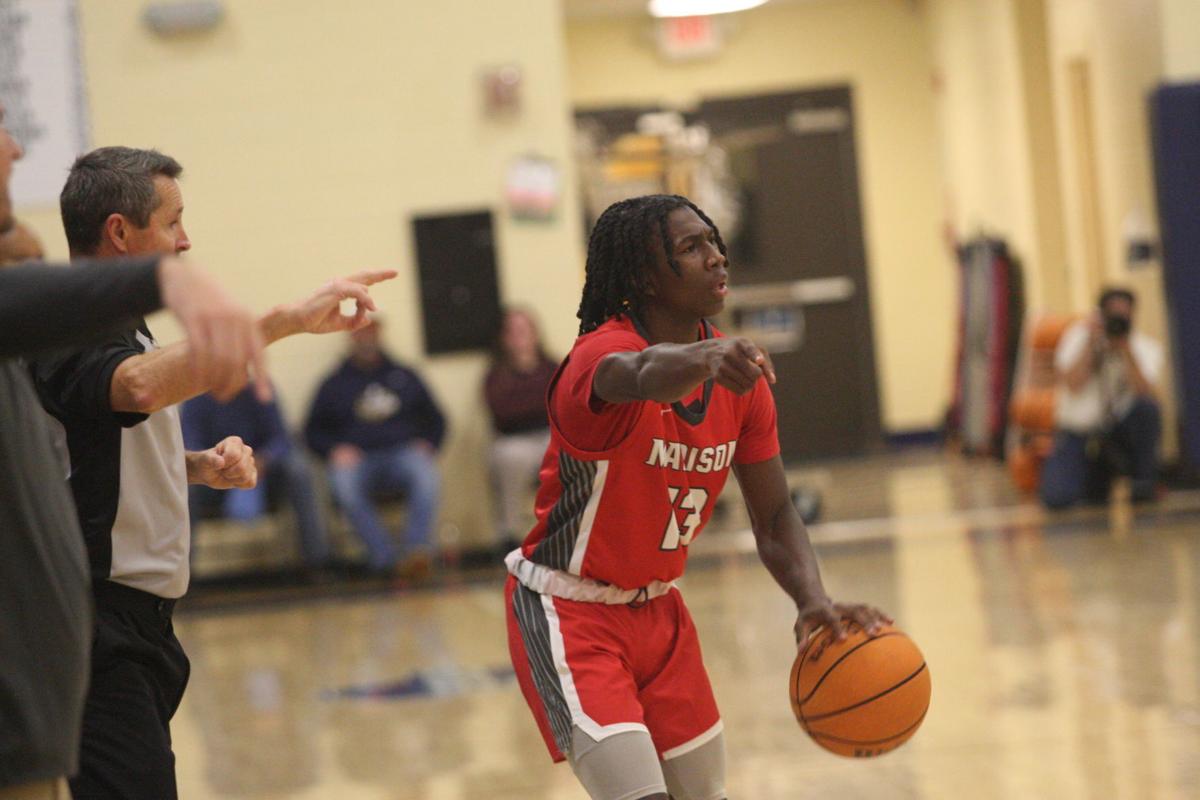 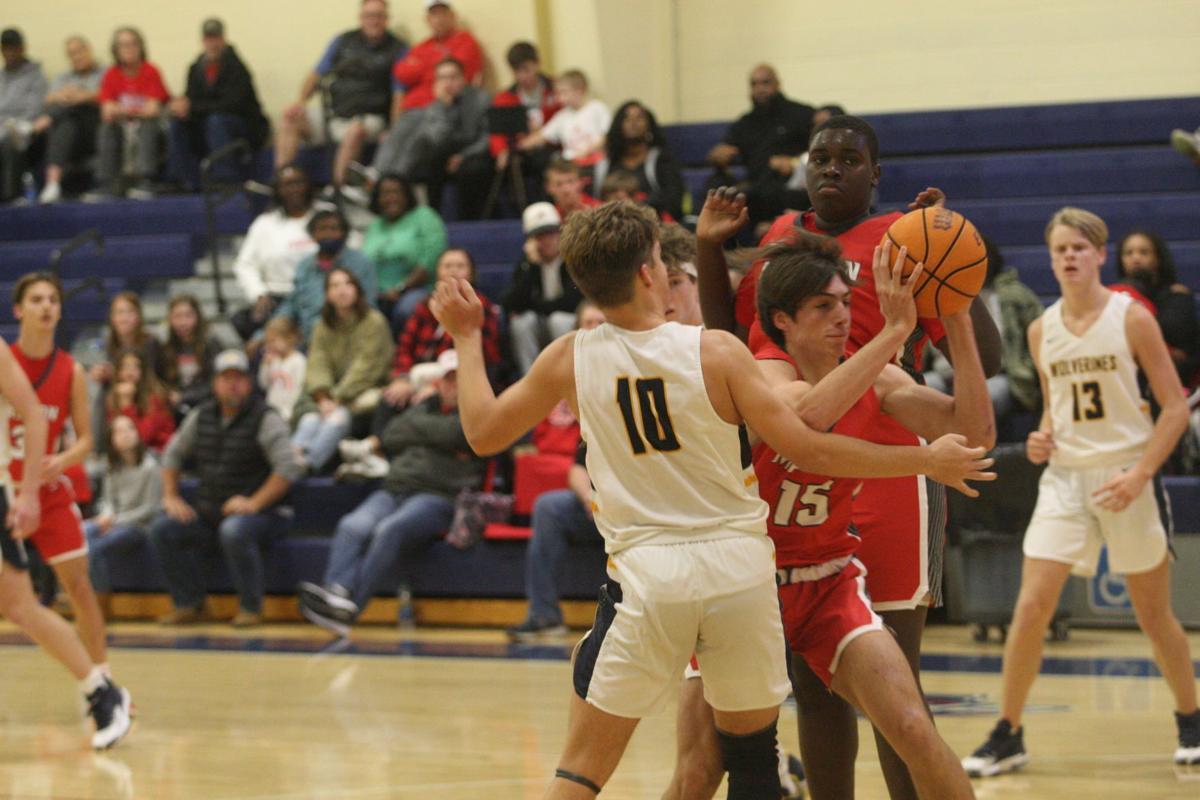 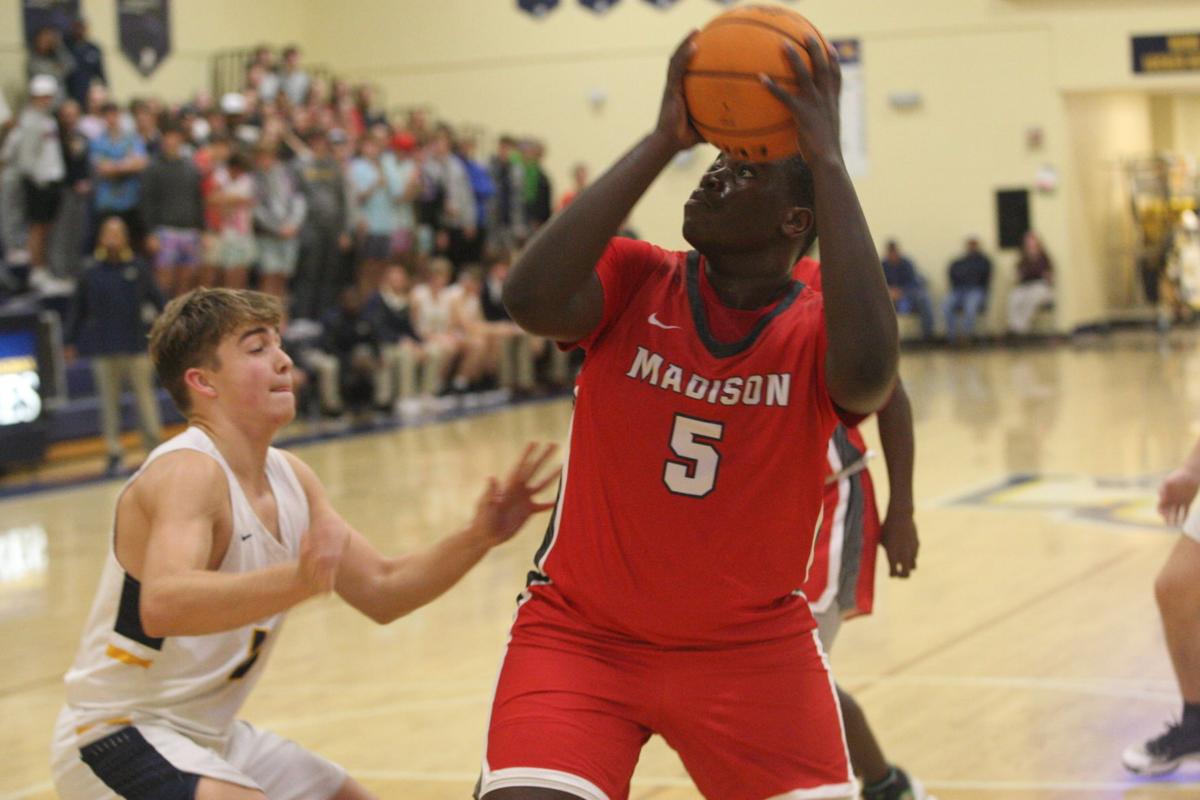 Casen Duggins, Mason Cade and Bryson Williams cheer for their teammates at the end of the Red Raiders’ win over Prince Avenue. Photos by Zach Mitcham

Madison County versus Prince Avenue wasn’t a playoff game, but the gym atmosphere said otherwise as the Red Raiders quieted a raucous home-court Wolverine crowd with a 64-58 season-opening win Saturday.

“That was a heck of a first game for us to go into that environment,” said Madison County head coach Bryan Bird after the win.

The Red Raiders, who heard a lot of hollering and heckling from the vocal Prince student section, went deep into the bench Saturday after starters hit early foul trouble. Five players had two or more fouls at halftime.

“I’m so proud of those young guys,” said Bird. “There’s a lot of them who played their first varsity minutes tonight.”

Madison County jumped ahead quickly, 14-6, Saturday as sophomore Mason Smith paced the Raiders with 16 first half points, finishing with a team-high 19 on the night. Madison County carried a 32-29 lead into intermission, and the game never strayed far from a single possession advantage either way.

“Mason did a great job,” said Bird. “He was kind of our lone guy who didn’t get in foul trouble in that first half. So he really stepped up and led us.”

Sophomore point guard Jay Carruth got in early foul trouble, but helped the squad secure the win down the stretch finishing with seven points.

“He had to sit for a long time,” said the coach, whose team held a 31-25 advantage on the board. “But he made some great plays defensively and handling the ball at the end of the game to seal the win.”

Victor Hajdu scored all eight of his points in the fourth-quarter, helping the team grab the win. Mason Cade also finished with eight points.

Peyton South finished with six points and hit a clutch three-pointer to knot the score at 58 with 2:08 to go in the game.

“He (Skaggs) has got a lot of length and he’s an athlete,” said Bird. “He had a couple of dunks. He just does a really good job of not trying to be fancy, just shoots over you and makes shots. And that’s part of the reason we wanted to press a little more, so they couldn’t just come down and throw it to him.”

Bird said he wants to play up tempo this year with a lot of full-court pressure.

“We’re going to try and play faster, and we need to play a little smarter,” he said. “That happens when you have young guys and you’re switching the way you do things defensively a little bit.”

But the coach was pleased with what he saw.

“It says a lot for them to dig in and get the win,” he said. “To be that young and to have a lead and have it taken from you and go back and forth and then to buckle down in that last minute and make enough plays to get the win.”